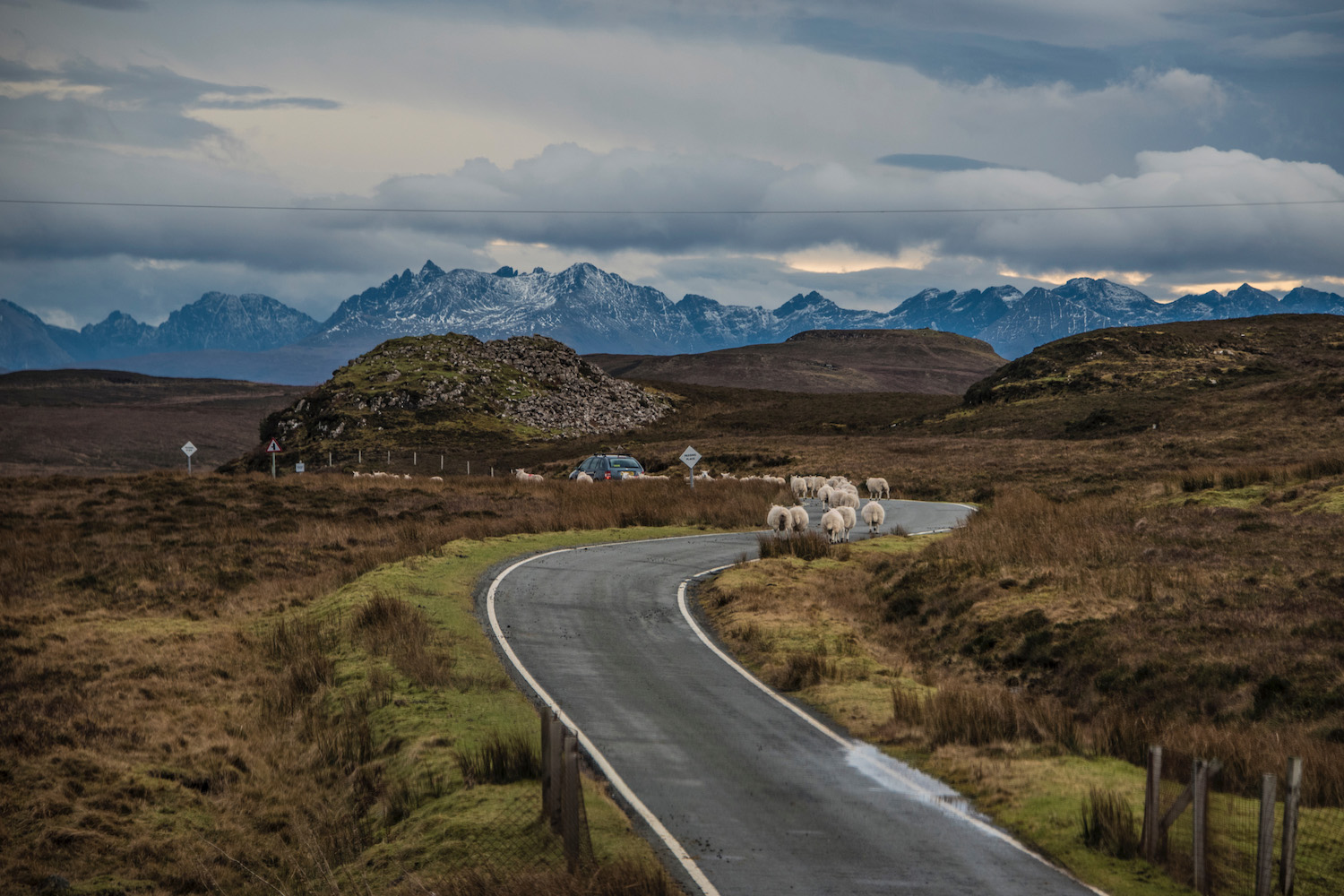 For most people, the list of places to visit in the UK is a simple few. London, of course—and of course, the “pretty places” in Scotland. Maybe Manchester; probably Belfast.

However, as someone who has been back to the UK several times, I can tell you: The country is so much bigger than its top tourist destinations.

Which is not to say these typical spots aren’t worth visiting—they absolutely are! However, the UK bucket list I’m about to share with you (at least I think) presents a more nuanced take on the infinitely interesting United Kingdom.

How I’ve Come to Know the UK

Before I delved into places to visit in the UK in the future, I thought I would talk you through my past. You see, in 2005, London was actually my very first international destination. It’s almost surreal thinking back on it, because I had no idea what was coming down the travel pike the next 16 years! On that trip I visited many British cities, including Manchester, Newcastle and even little Nottingham.

On subsequent trips, I’ve explored the cities and nature of Scotland, and even paired a short trip to Northern Ireland with a road trip around the rest of the country. I still haven’t made it to one of the UK’s four nations, or played casino slots in UK anywhere, but I’d like to think I’ve visited more UK destinations than the average foreign traveler has done.

How I’ve Come to Know the UK

Back in late 2013, I was supposed to pair a visit to London’s famous World Travel Market with what would’ve been my first trip to the UK. Portia, a blogger I’d met on the road earlier that year, was even going to accompany me! Unfortunately, I ended up canceling at the last minute, so Cardiff Castle and Snowdonia National Park will just have to wait.

Cornwall has been atop my list of places to visit in the UK since before I even traveled internationally; my former favorite singer has long made her home there. Of course, having discovered more about the beautiful beaches of Cornwall (and its faerie culture) since then, I don’t imagine it will be long before you see me sunning myself on the shores of St. Ives!

I can’t remember when I first learned that a place called “The Lake District” exists in the UK. However, it seems to have been all the rage in the UK both before and during Covid, when its dramatic hikes and vast, empty scenery offered the ultimate social distancing. Then again, I think I’d feel just as at home in a cute café in the cozy Cotswolds.

Kent has probably fallen a few spots on most people’s lists of places to visit in the UK, due to the first notable “variant” of the virus having been detected there in late 2020. On the other hand, there is not such thing as bad publicity; more people know now where Kent is (or at least, that it exists) than ever before! My top bucket list destination in Kent—the “Garden of England”—is the White Cliffs of Dover.

It might seem anti-climactic to end my UK bucket list with the city that begins most people’s. I’m talking about London, the British capital and the beginning of the world. It makes perfect sense to me, however, and in a most practical way. You see, I haven’t visited this expensive city since I was in my 20s, i.e. when I had no money. I simply want to see how much more amazing the city is when I can actually do things!

When Can We Visit the UK Again?

There are really two answers to this question. The first is that before reading innuendo and speculation (yes, even from me), you should consult official sources. The British government has published a frequently updated guide to entering the UK here. Absent this, you should contact your nearest UK embassy or consulate, who will provide detailed guidance on whether or not you can enter.

As a general rule (as of September 2021, anyway), most vaccinated travelers from most countries can enter England. However, this isn’t necessary the case for all places to visit in the UK, such as Scotland, whose policies have been much more stringent. On the whole I’d say UK travel in 2022 is likely, while years farther into the future such as 2023 and 2024 are an even safer bet.

Other FAQ About UK Travel

Where is the prettiest place in the UK?

This is highly subjective, but most people consider Cornwall, the Lake District of England and Scotland’s Isle of Skye to be the prettiest places in the UK. Honorable mentions could include Kent (the “Garden of England”) any any number of natural areas in Wales or Northern Ireland as well.

Where should I go on holiday in the UK?

This issue will differ depending on how often you’ve been to the UK in the past—and whether you are foreign or British—but most people mix cities like London and Edinburgh with natural areas like the White Cliffs of Dover and the Scottish Highlands.

What is the coolest place in the UK?

Many UK travelers in search of “cool” head to cities and towns with large universities (and, thus, young and cool people), such as Leeds and Brighton. However, if you’re in search of a cosmopolitan sort of cool, there is really no other place in the UK to head than London!

I hope you’ve added some of these places to visit in the UK to your bucket list—or, absent this, that reading my list has inspired you to create your own. As lovely as London is, the UK is so much more than its capital, or indeed any of its other most high-profile destinations. Like I’ve done for countries such as Japan and Thailand, I hope to return to the UK often in the post-pandemic future, and dig deep into its many layers and nuances. If anything, the challenge is choosing just a few places to start this new part of my journey, and sticking to them. See you on the (British) road!