With all the time I’ve spent in Southeast Asia over the past decade—and all the energy I’ve devoted to writing about it—you might find it shocking to learn that, up until a month ago, I’d never flown the region’s most prestigious air carrier. I found it shocking, too, which is why I decided to include a couple segments on Singapore Airlines en-route to Japan’s Kyushu island.

I love trying out new aircraft types, and while I’d previously flown on an Airbus A350 in economy (with Cathay Pacific, from Hong Kong to Bangkok), I jumped when I saw seat availability in business class for SQ’s A359, from Singapore to Tokyo. Visually the plane didn’t disappoint, neither in the way it wore Singapore’s classic livery, nor in terms of the minimalistic way the airline adorned its cabin, which made it feel open and welcoming.

Unfortunately, flying in Singapore’s new business class seats was significantly more disappointing than looking at them, for two specific reasons. First, as has been noted before, the bed is crooked—not slanted, as is common in business class, but actually crooked, which requires you to bend your knees to lay out flat.

Not that you can lay flat—the top of the bed does recline all the way. I originally thought there was something wrong with my seat (or my brain!) but after seeking help from the crew, I realized Singapore’s new business class seat is simply not fully-flat. Very disappointing, especially on a brand-new aircraft that flies flagship routes, namely the new Singapore-to-San Francisco nonstop flight.

JULY 2017 UPDATE: I just re-flew Singapore Airlines A350 business class, and was surprised to see that the airline now plays an additional short video after the main safety one—seems I wasn’t the only one to be confused by the new Singapore business class seats! Apparently, you need to flip the seat over to convert it into a lie-flat bed. In addition to the fact that this feature is completely un-intuitive, I’m disappointed that no member of the cabin crew thought to assist me in making an actual bed during my April Singapore-Tokyo flight. But once again, the fact that they created a video just to address this proves my original point about the seat. 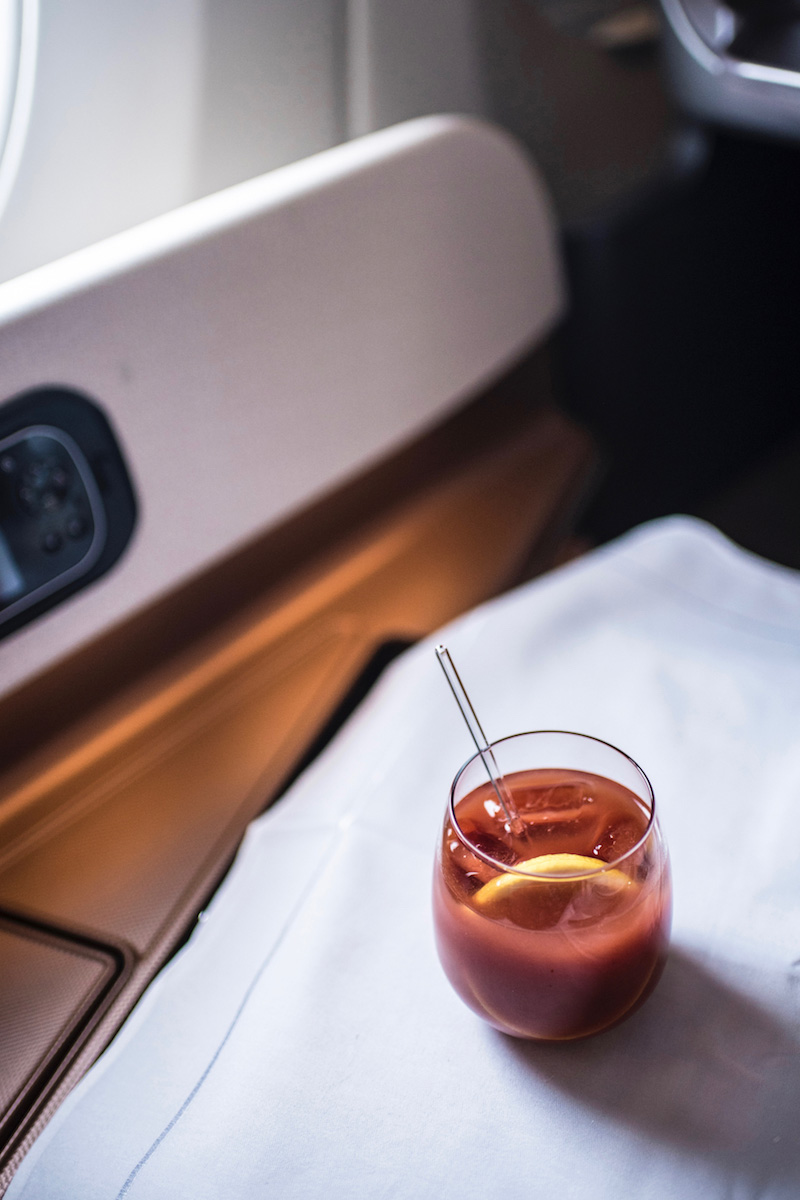 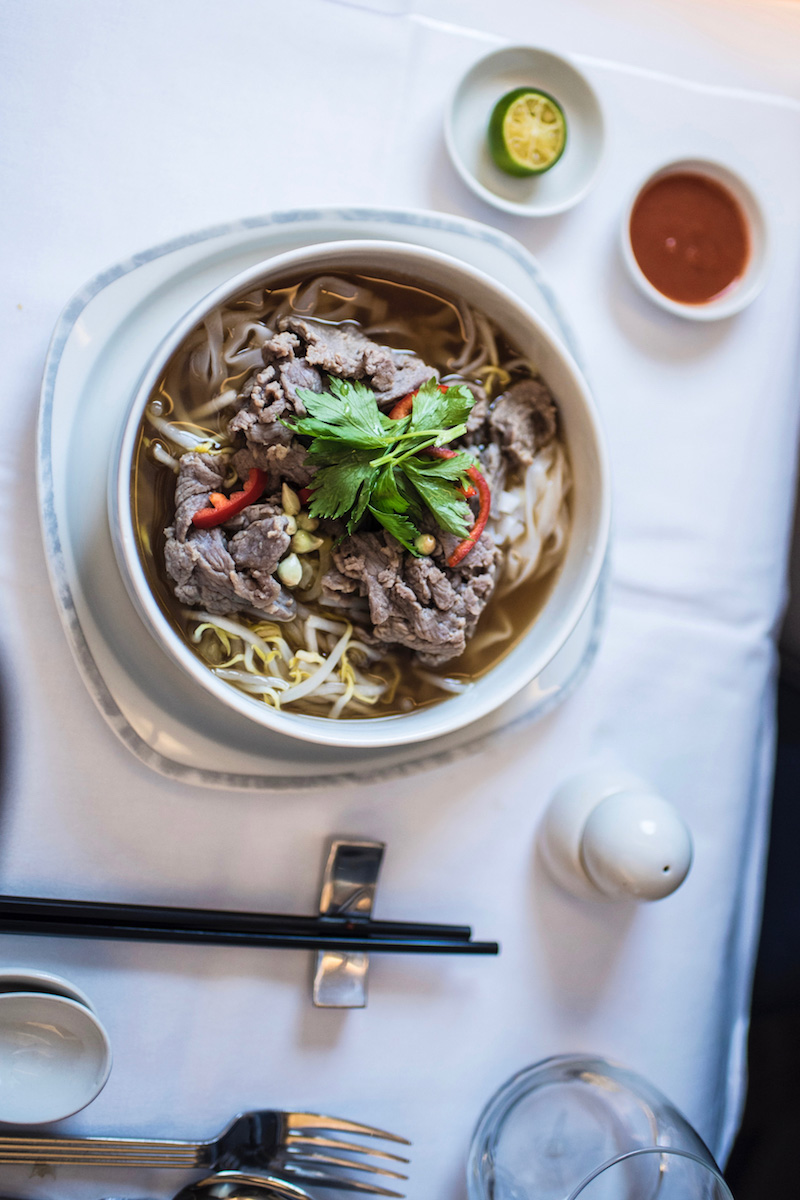 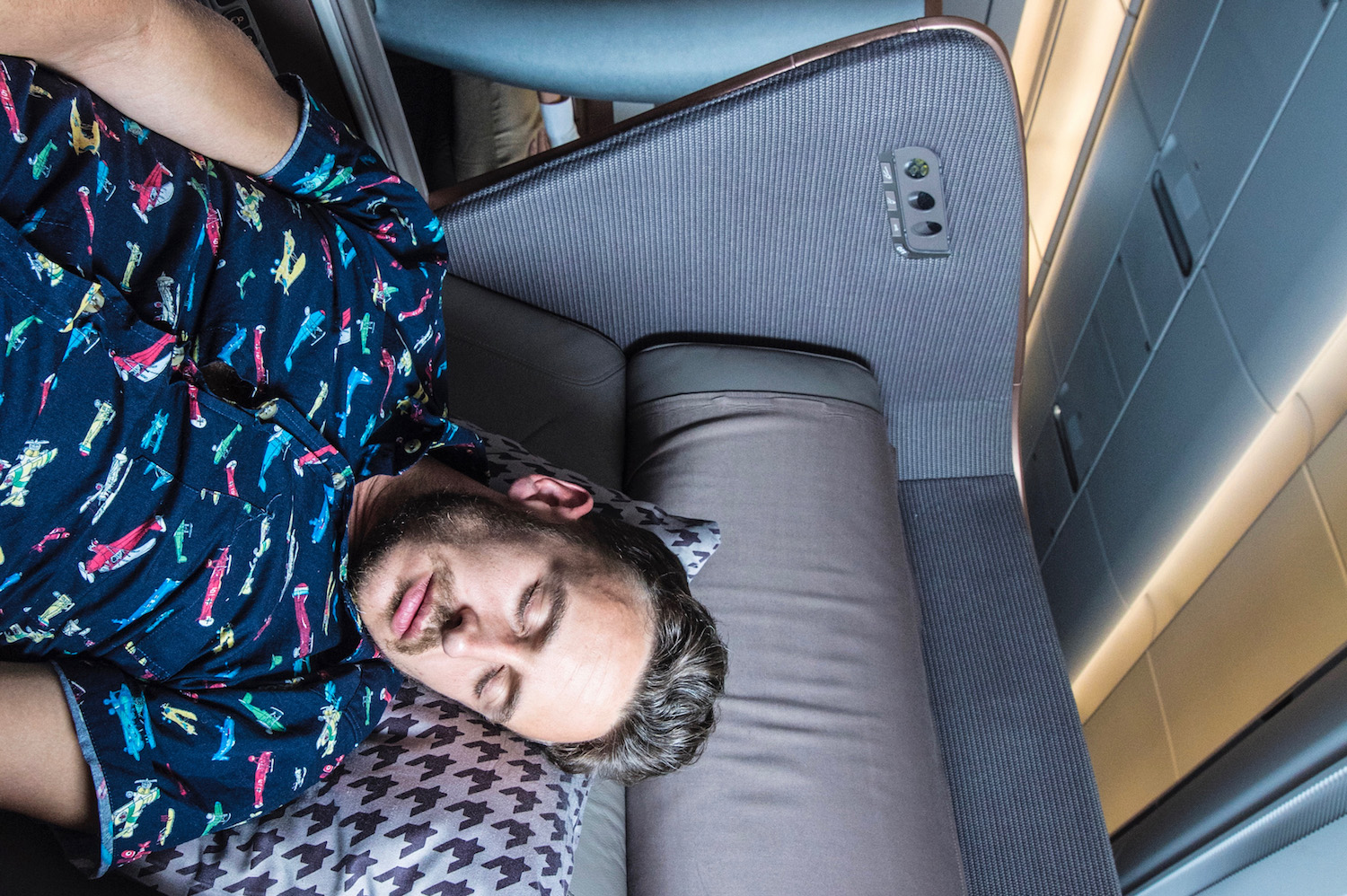 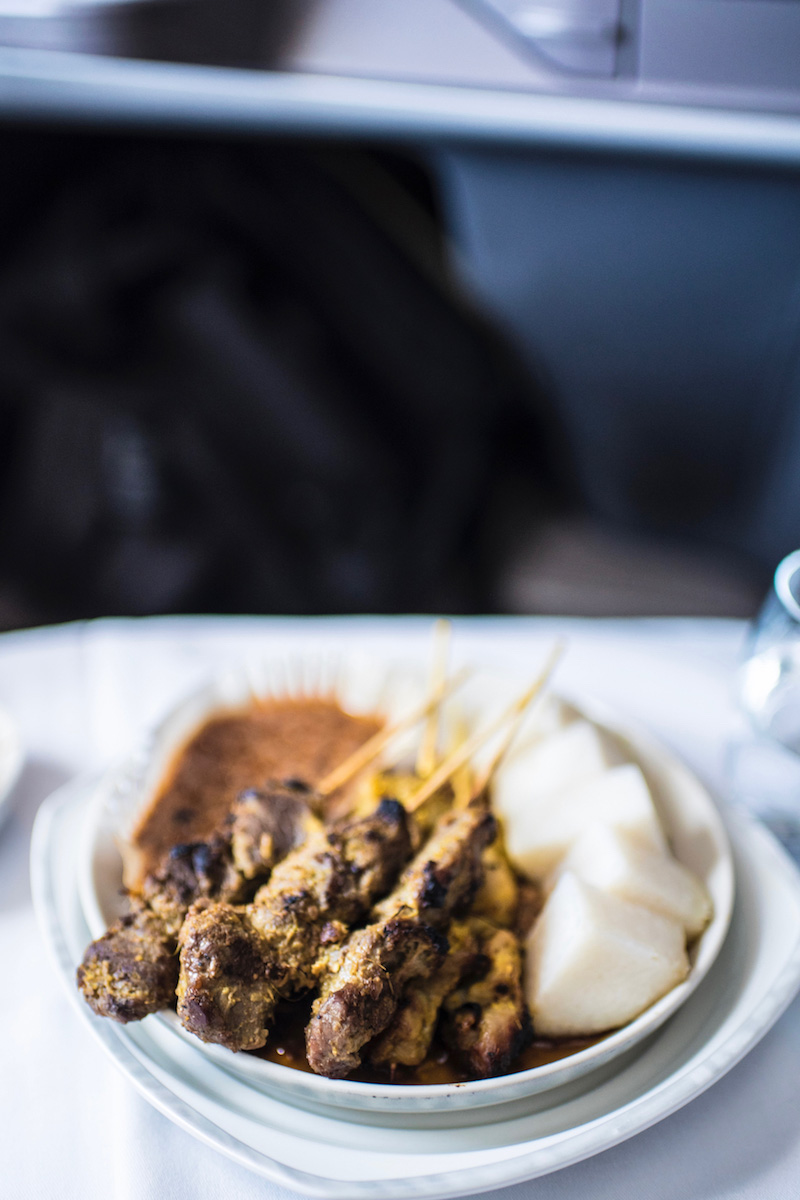 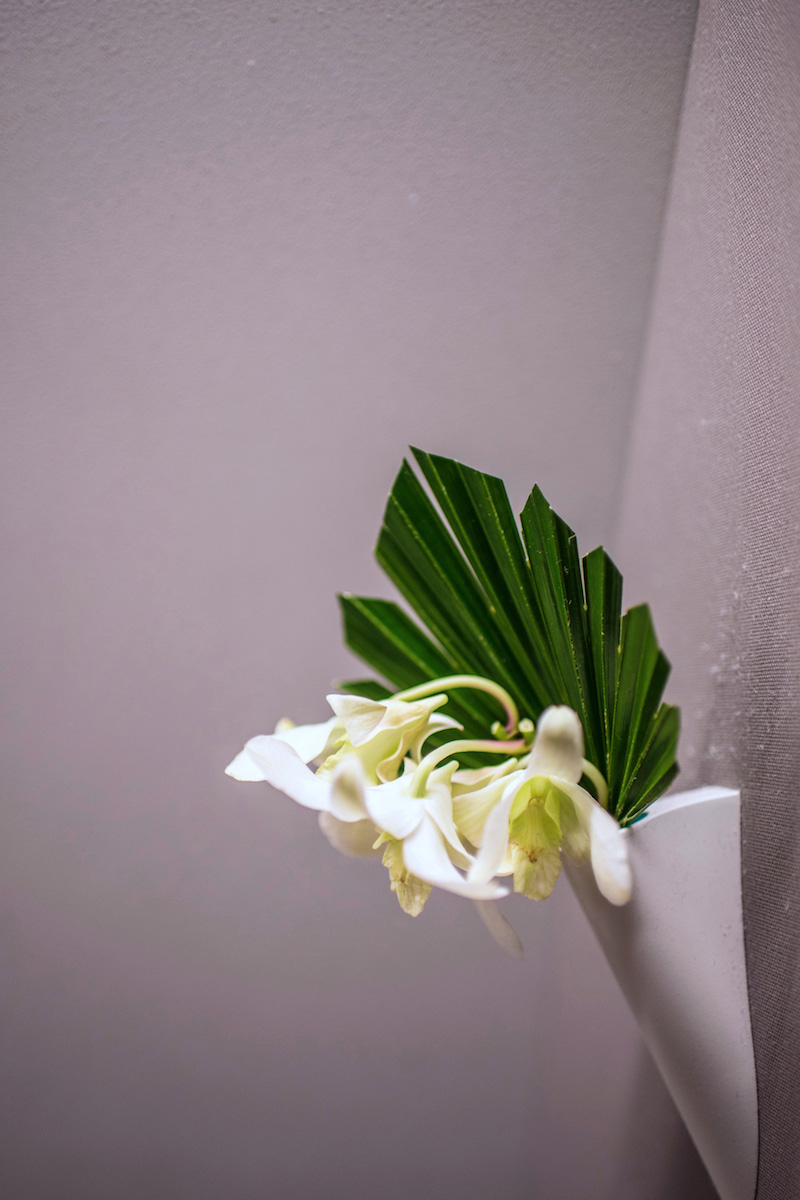 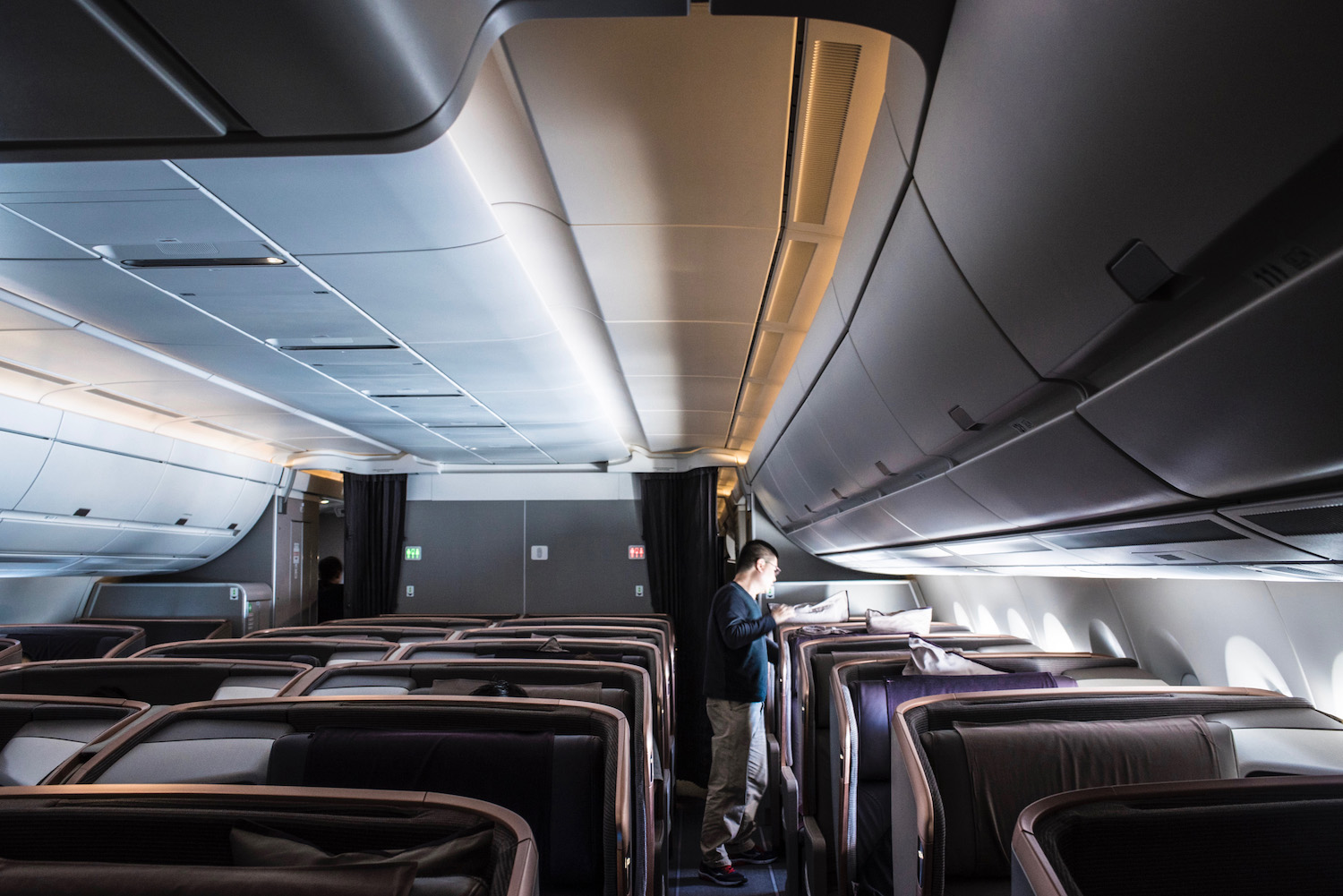 One place Singapore—both the airline and the country—gets it right is service, and that definitely didn’t disappoint on this flight. From the inflight menu, which included delectable local foods like beef noodle soup and satay, an impressive selection of Japanese items and the quirkiness of offering two types of fruit (real fruit and marzipan fruit), to the speed with which the crew prepared cocktails like the authentic Singapore Sling, the business class service on Singapore Airlines is truly world-class.

On the other hand, I do feel the crew could’ve been warmer and more hospitable—while their service was technically perfect, it did feel impersonal, even cold at times. Of course, you could argue that’s what the airline aspires to do in its business class: The seats, in spite of not laying out completely flat, do offer the feeling of being in a cocoon, almost completely enclosed from what’s going on outside of them.

To be sure, the food and service onboard the regional flight I took in Singapore Airlines business class (onboard a decrepit Airbus A330-300, from Bangkok to Singapore) were so good they nearly made up for the condition of the aircraft. Where else in the world can you wash down your crab-and-shrimp tomato-egg fried rice with a hand-mixed Bloody Mary on a two-hour flight?

Transiting in Singapore was curious, however. While Singapore Airport on the whole (rightfully) receives dozens of accolades every year, I found the SilverKris Business Class lounge in Terminal 3 to be disappointing. It was crowded, and while the food and drink offered were perfectly acceptable, the lack of windows was puzzling, and made the lounge seem much smaller than it actually was, not to mention extremely dark.

At the time, Singapore offered a 15% discount for every Singapore Airlines online booking, which meant that my ticket cost 34,000 miles instead of the usual 40,000 miles for a one-way business class flight from Southeast Asia to North Asia. Unfortunately, Singapore Airlines no longer offers a discount for booking online and has increased some of its redemption rates, although as of April 2017 the rate for this particular flight seems to have remained the same. Unless you can find Singapore Airlines cheap tickets (again, this is almost impossible) a miles-and-points booking seems the best way go go.