“All sensation is already memory”—I recently came across this phrase in a book I was reading.

I’d been planning to save it for inclusion in a future post (the novel in question is set in Japan), but it bubbled up in me Saturday morning on my way to Cambodia’s Killing Fields. As my Uber exited the core of Phnom Penh, the first thing I spotted out my window was a Mercedes dealership.

I’ll write more about following the trail of the Khmer Rouge in a few paragraphs, after I’ve given the Cambodian capital its due credit: Four decades after one of the darkest chapters in human history, 3 days in Phnom Penh offers substantially more than tragedy tourism.

Need help planning your trip to Southeast Asia? Hire me as your Travel Coach!

Every Phnom Penh trip is different—indeed, poignant—but these are the best things to do in Phnom Penh irrespective of how you fill in the space between them:

Spending more time in the region after your 3 days in Phnom Penh? Make sure to check out my guides to one month in Cambodia and two months in Southeast Asia as well.

Where to Stay in Phnom Penh

In no way is Cambodia’s transcendence of genocide more evident than in the country’s rapid development. Even in the seven years that have transpired since my last visit, the quantity and quality of Phnom Penh hotels is nothing short of astounding. 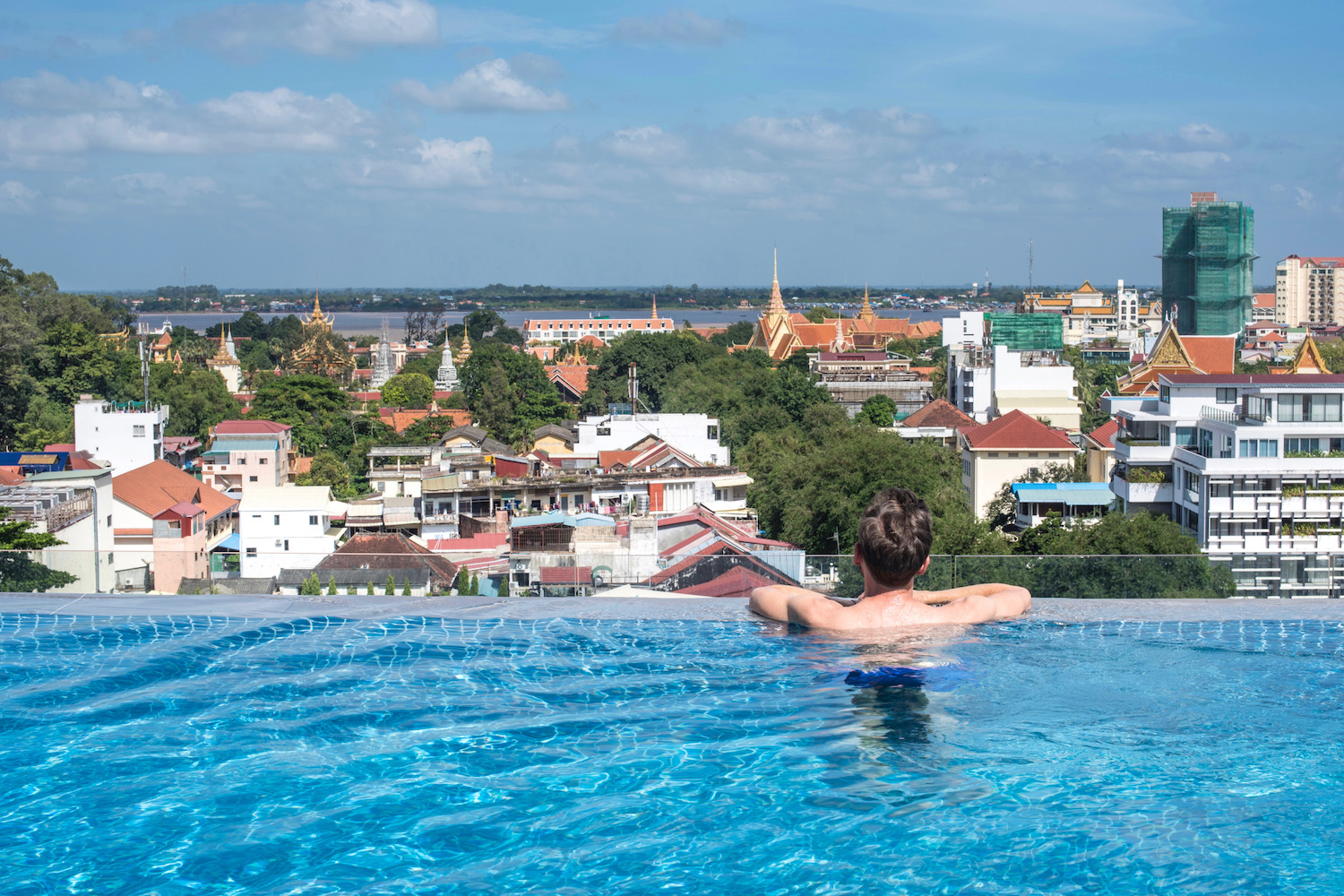 This time, I opted for a room at Aquarius Hotel and Urban Resort, a boutique luxury property just steps from the city’s most important attractions, boasting opulent amenities like a rooftop infinity pool, craft cocktail bar and rotating installations featuring local artists. Mowin Boutique Hotel & Residence is slightly cheaper (OK, much cheaper), but offers a comfortable, convenient place to stay during your Phnom Penh itinerary.

Day One: Royalty and the River

In Cambodia as elsewhere, Colonialism had awful consequences—some might even say the French paved the way for Pol Pot. From a purely aesthetic perspective, however, nothing centers me while exploring Southeast Asian cities (what’s good, Penang?) like stepping inside a repurposed European building. As a result, I recommend you commence your 3 days in Phnom Penh with a local meal at Phka Slaa Khmer Restaurant, followed by coffee and sweets (I particularly enjoyed the kaffir lime-filled white chocolate) at Chocolate Shop 240. 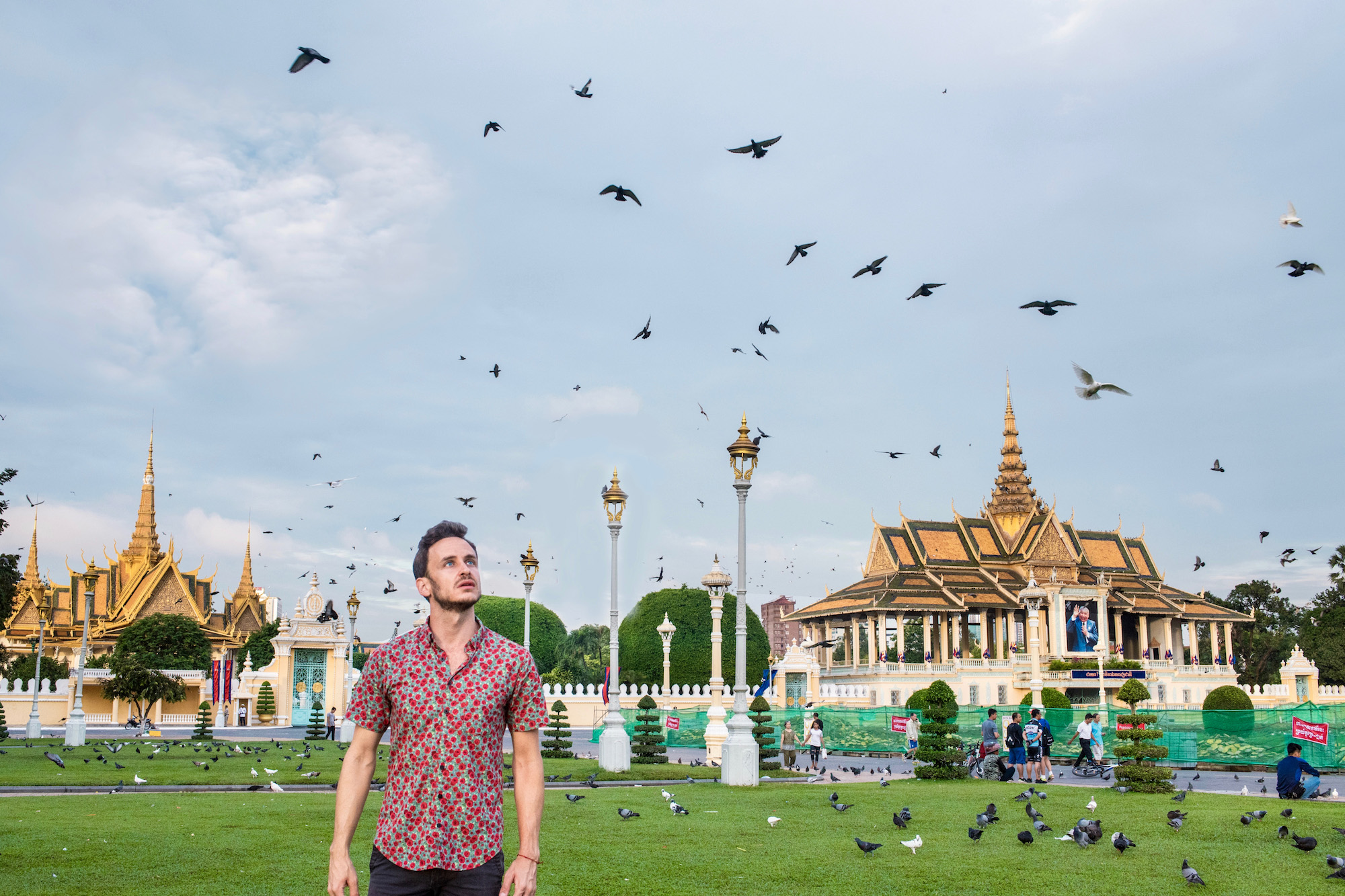 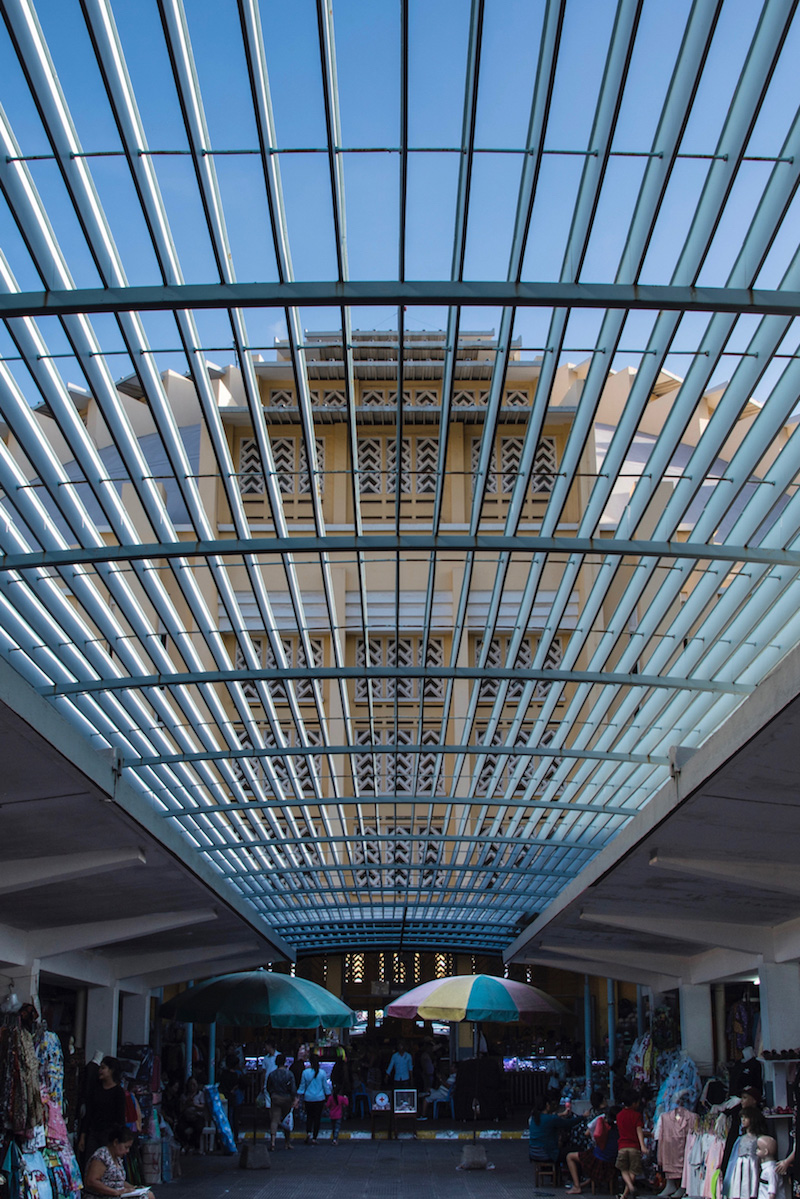 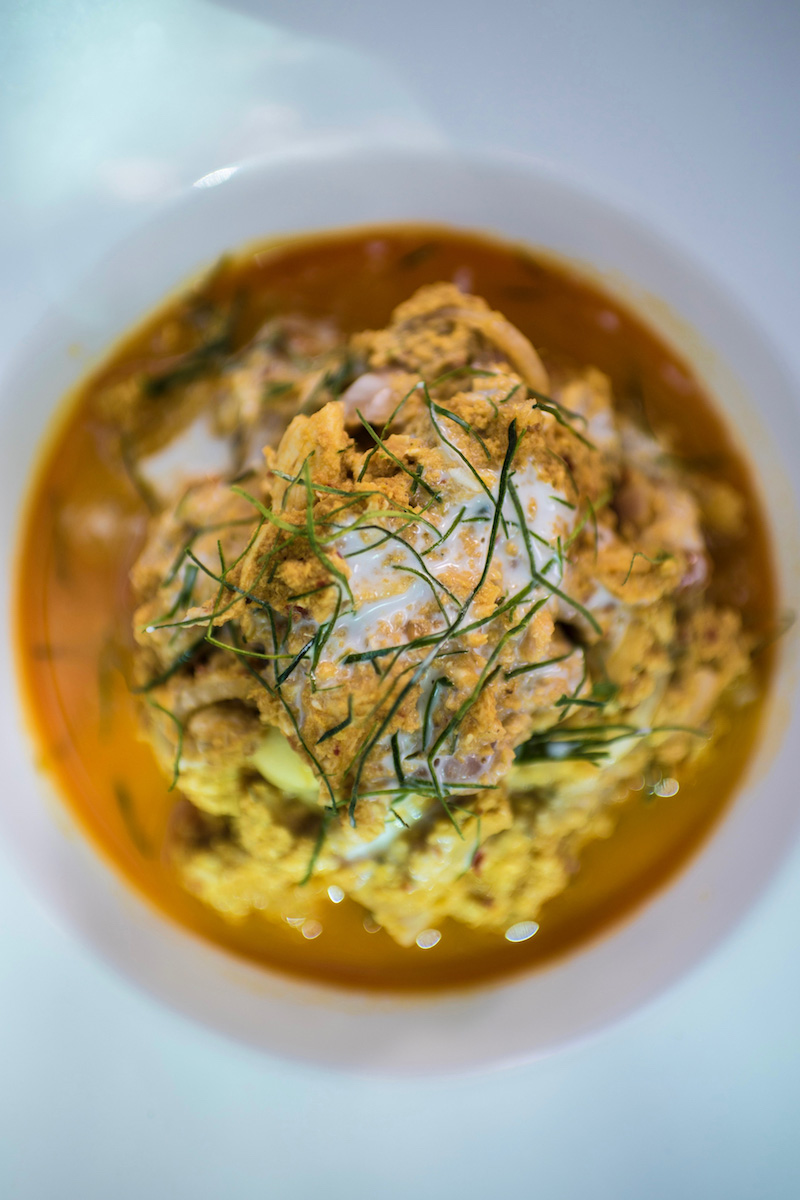 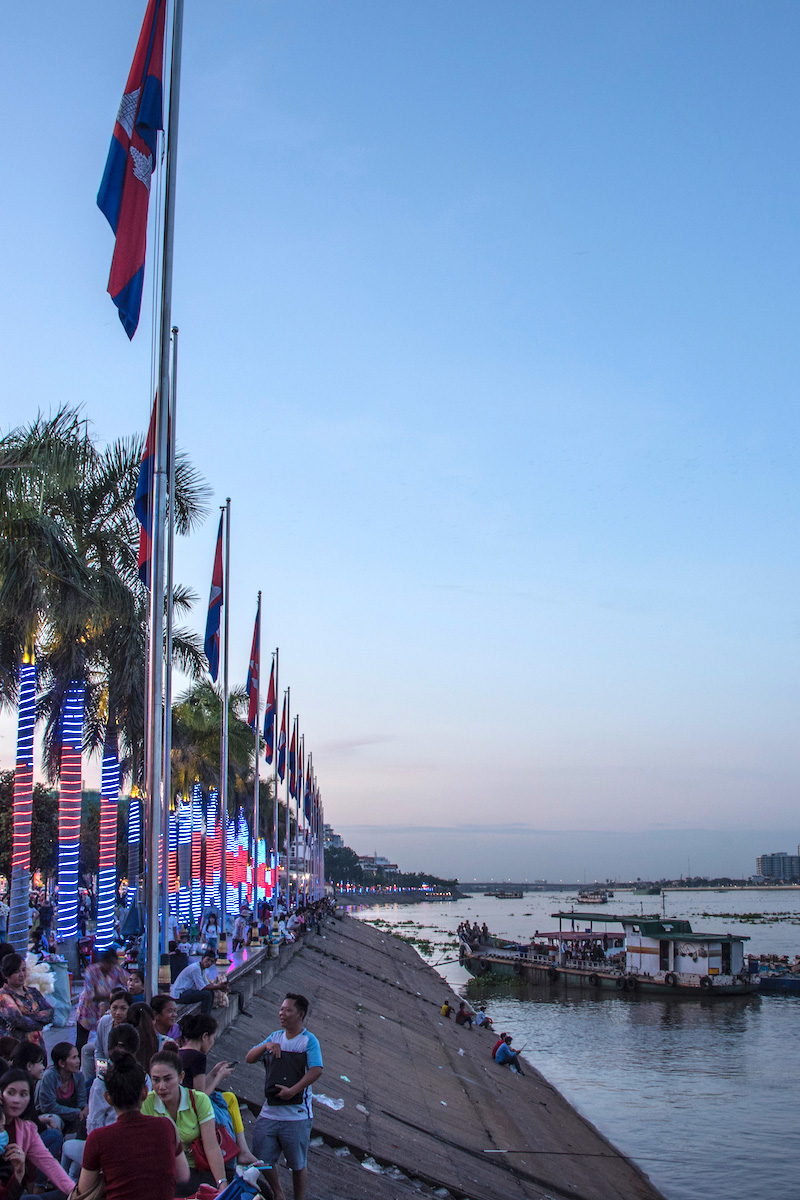 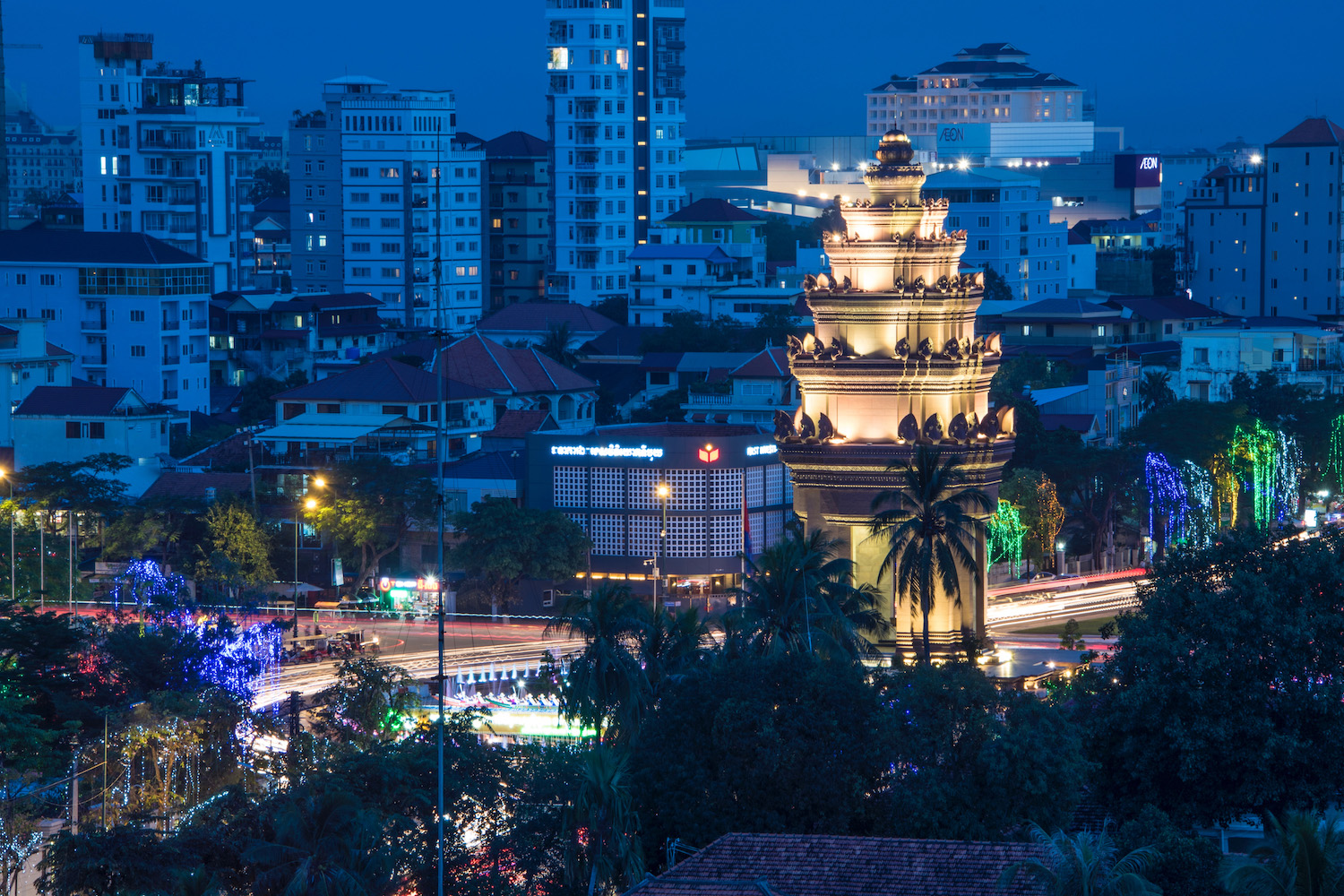 Continuing down Street 240 about five more minutes will take you to the Royal Palace, one of the most popular things to do in Phnom Penh. It’s also one of the most convenient, sitting just south of the National Museum of Cambodia and the white stupa of Wat Phnom, just west of the Tonle Sap River and its charming Sisowath Quay promenade, just east of the Art Deco Central Market and just north of the Independence Monument, which looks particularly beautiful after sunset, flame burning inside.

Day Two: The Other Trail of Tears

The phrase “Trail of Tears” usually evokes a dark chapter in my home country’s history, but if you watched the fantastic Netflix adaptation of Loung Ung’s First They Killed My Father, it’s difficult to see any tract of open land in Cambodia without imagining doomed innocents marching across it. (This is part of what made the aforementioned Mercedes dealership so jarring, the progress it signified notwithstanding.)

Tracing this history, to be sure, is a viscerally devastating experience. I felt tears welling up in my eyes upon arrival at the Killing Fields, but not from the stories on my audio guide or the skulls stacked inside the Choeung Ek pagoda. 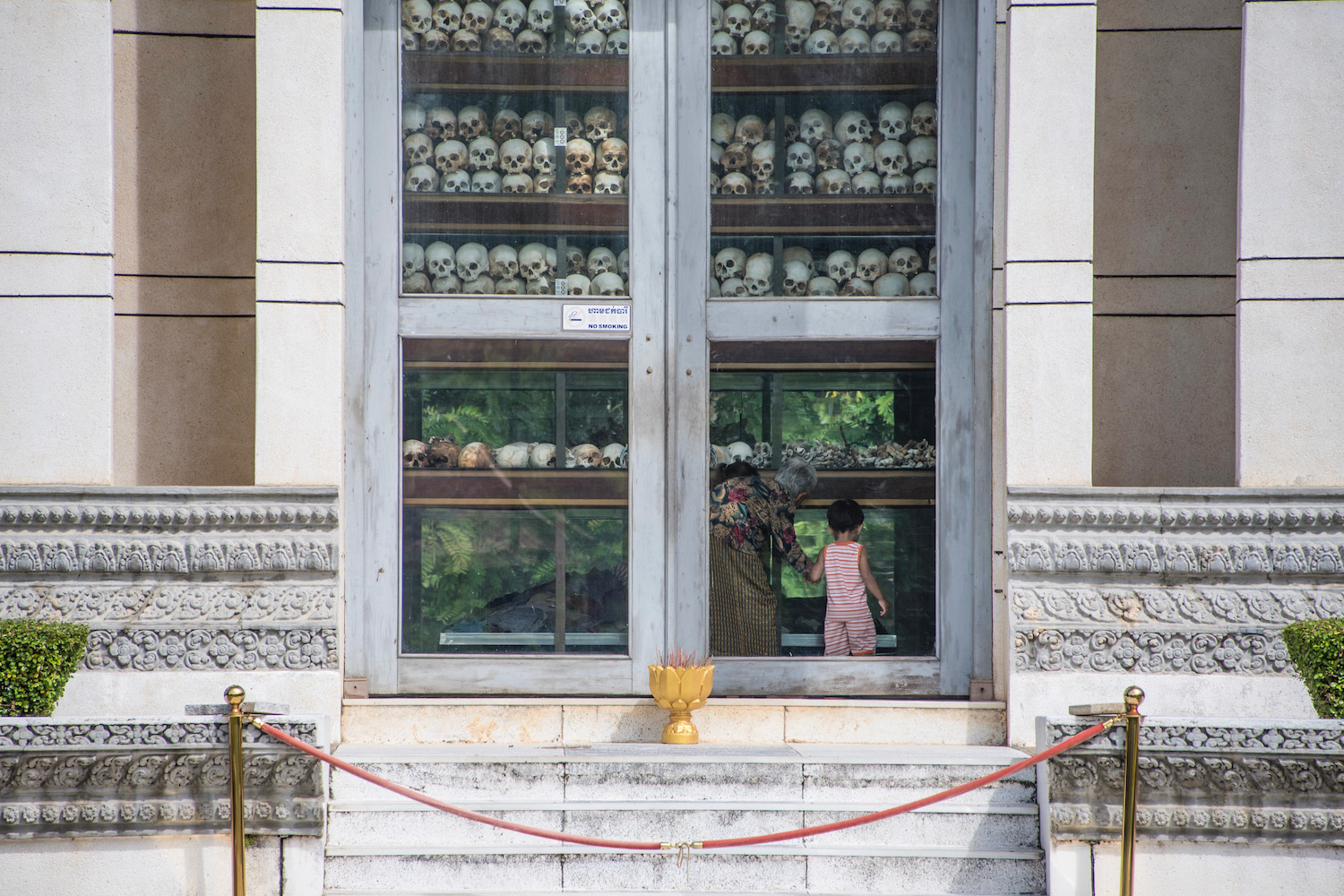 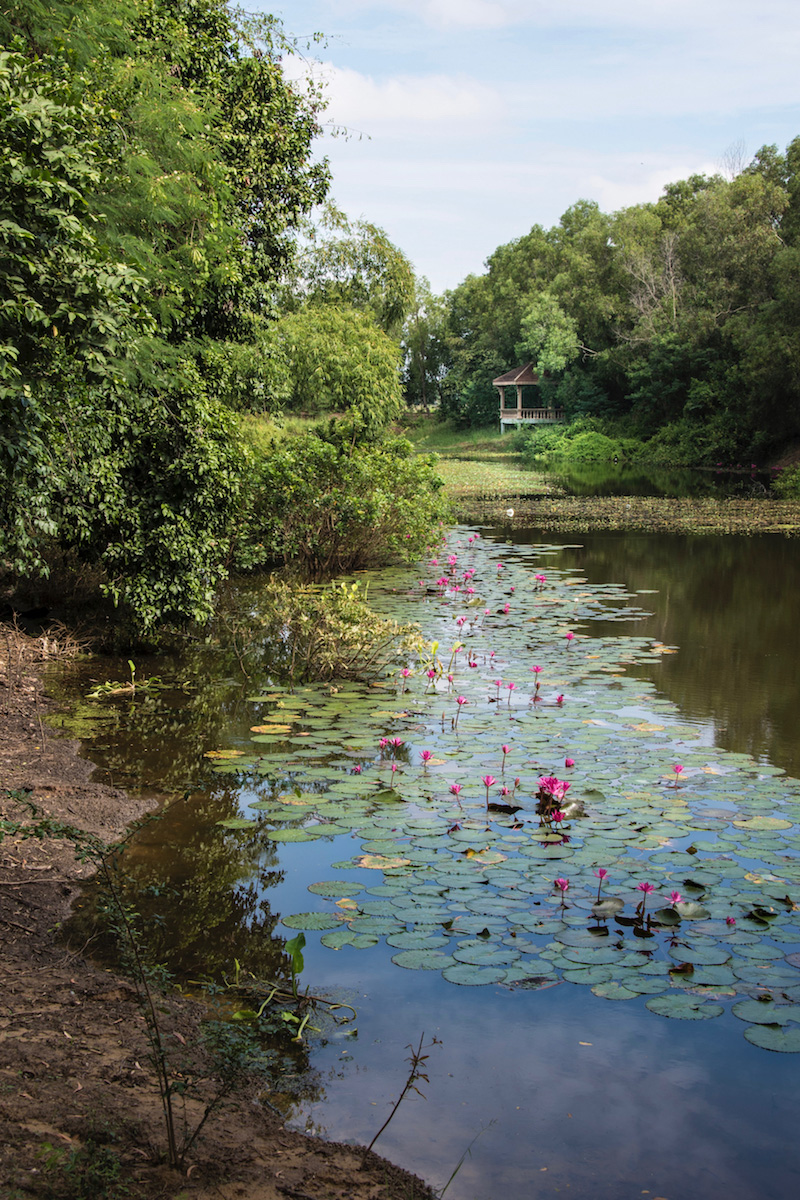 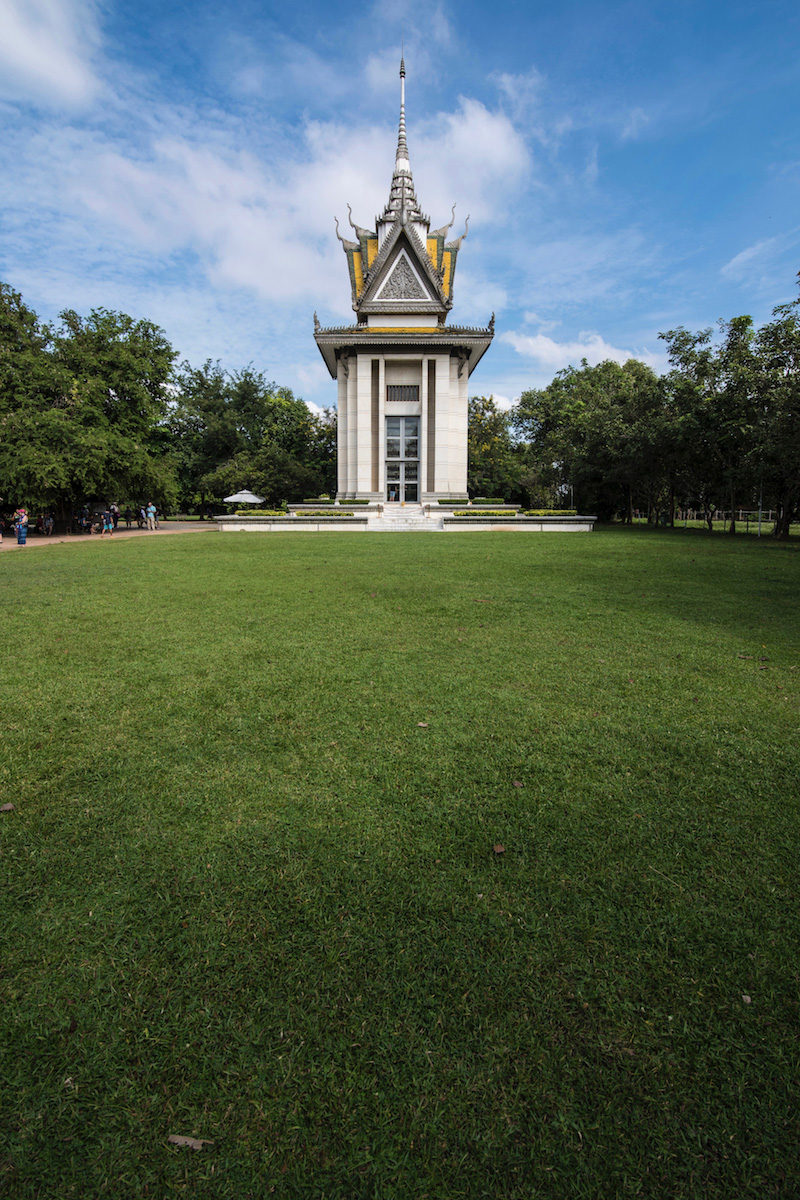 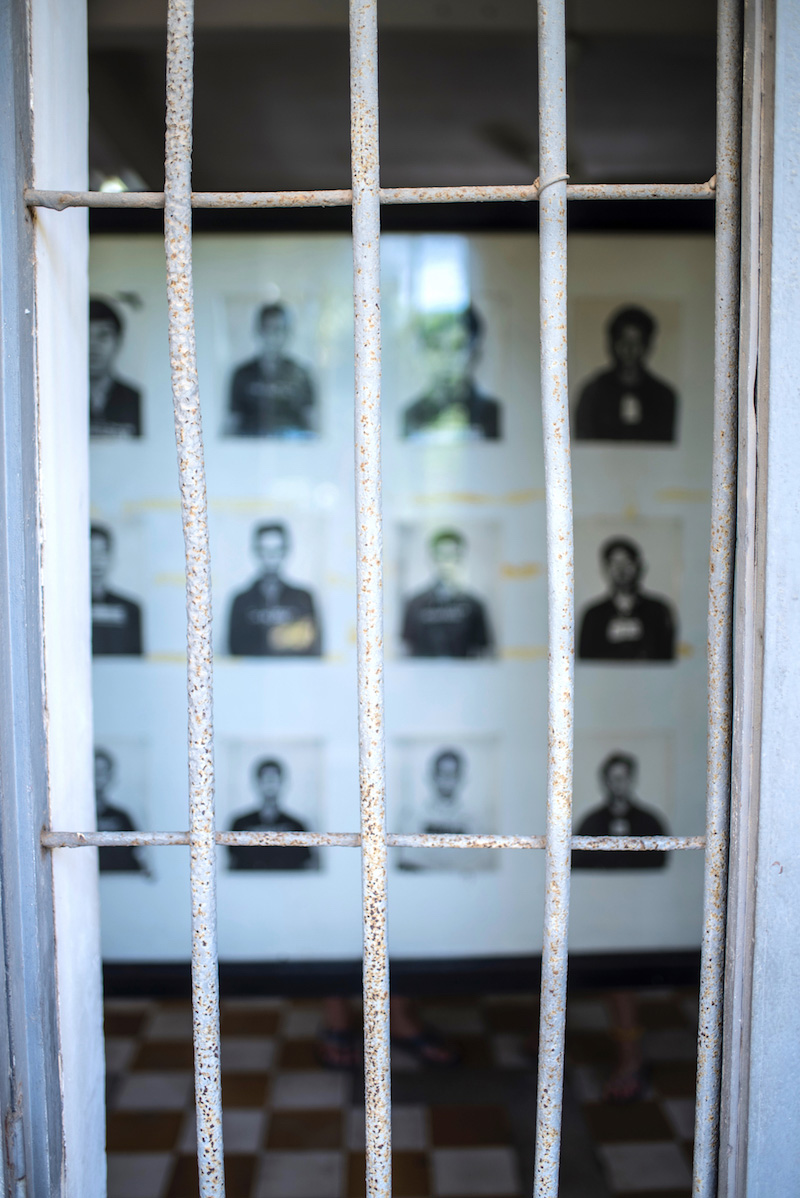 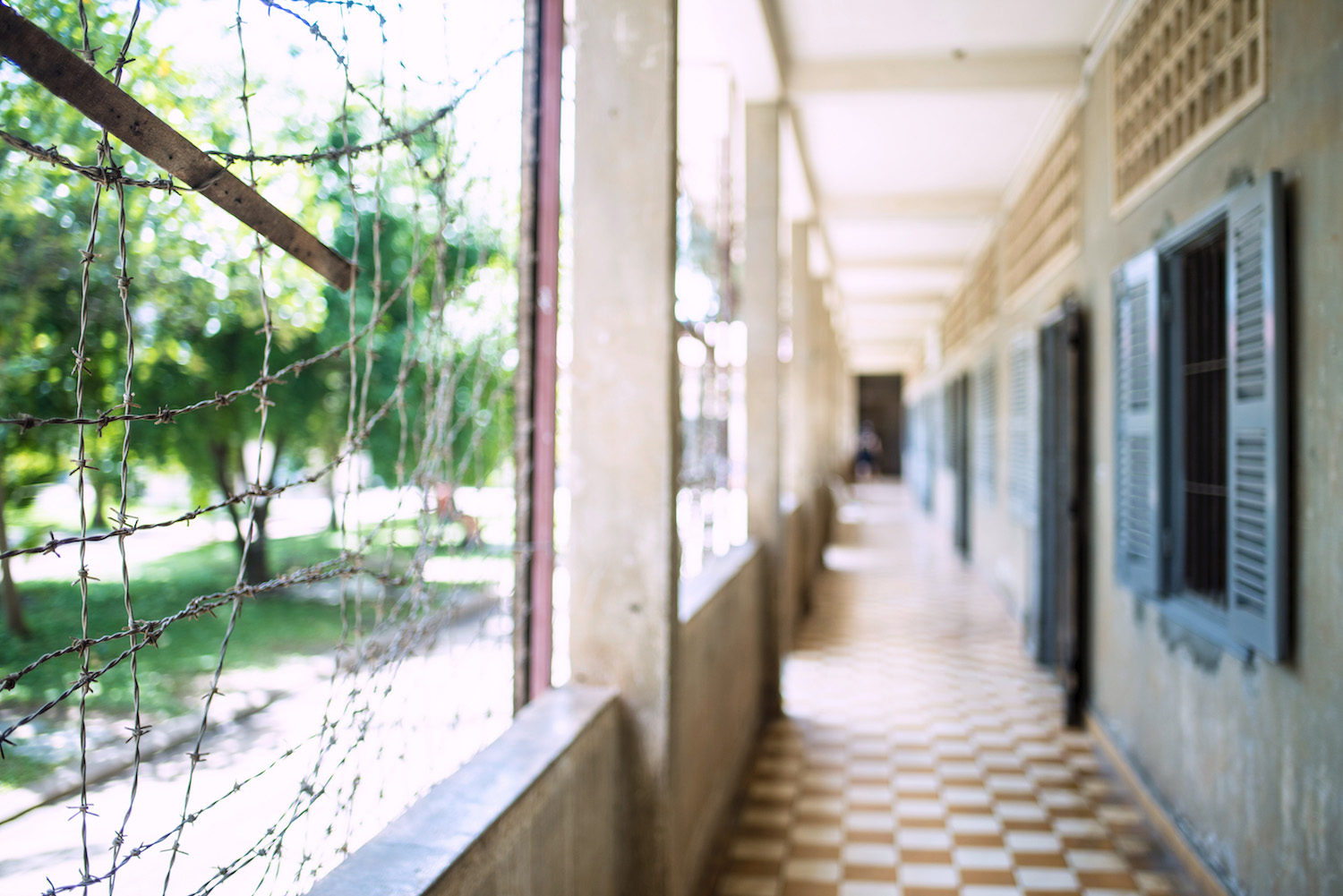 Likewise, there was something almost beautiful about the grounds of the former Tuol Sleng prison, its courtyard shaded by frangipani, mango and coconut palm trees. But even if the rooms hadn’t contained relics of the atrocities that transpired there, the sinking in my heart would’ve belied the imagery before my eyes.

If all sensation becomes memory, the feelings of the past are just as important as the facts.

To a certain point. I mean, I’m as charmed by ancient temples as the next traveler, but I find it very difficult to feel anything other than stressed by the throngs of tourists you find at places like Angkor Wat, or even some of the alternatives to Angkor Wat scattered around Siem Reap. One interesting way to counteract this tendency—not to mention to round out your 3 days in Phnom Penh—is to take a day trip to Tonle Bati, whose Angkor-era temple shares a name (Ta Phrom) with a Siem Reap-area site, but attracts almost no Western tourists. 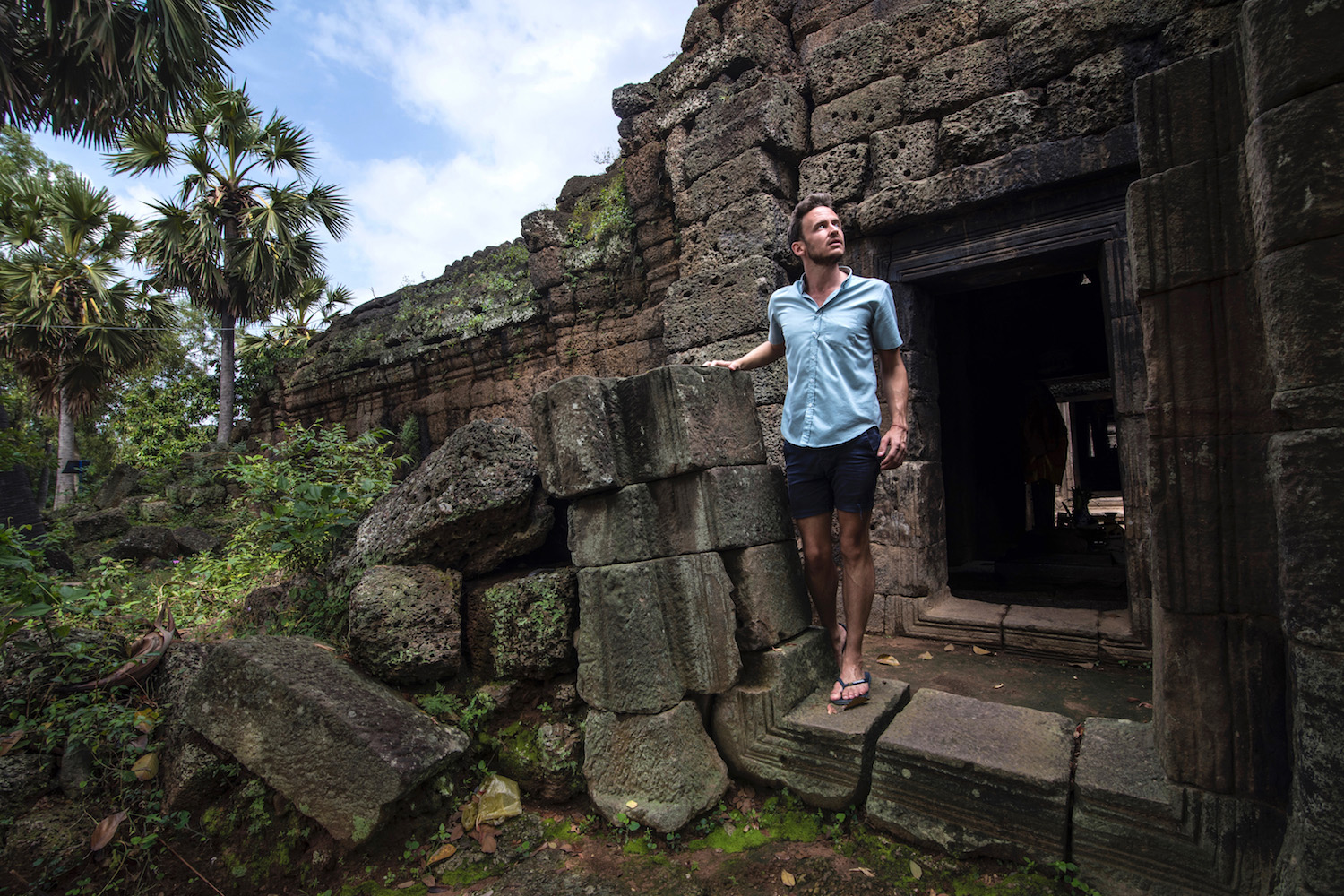 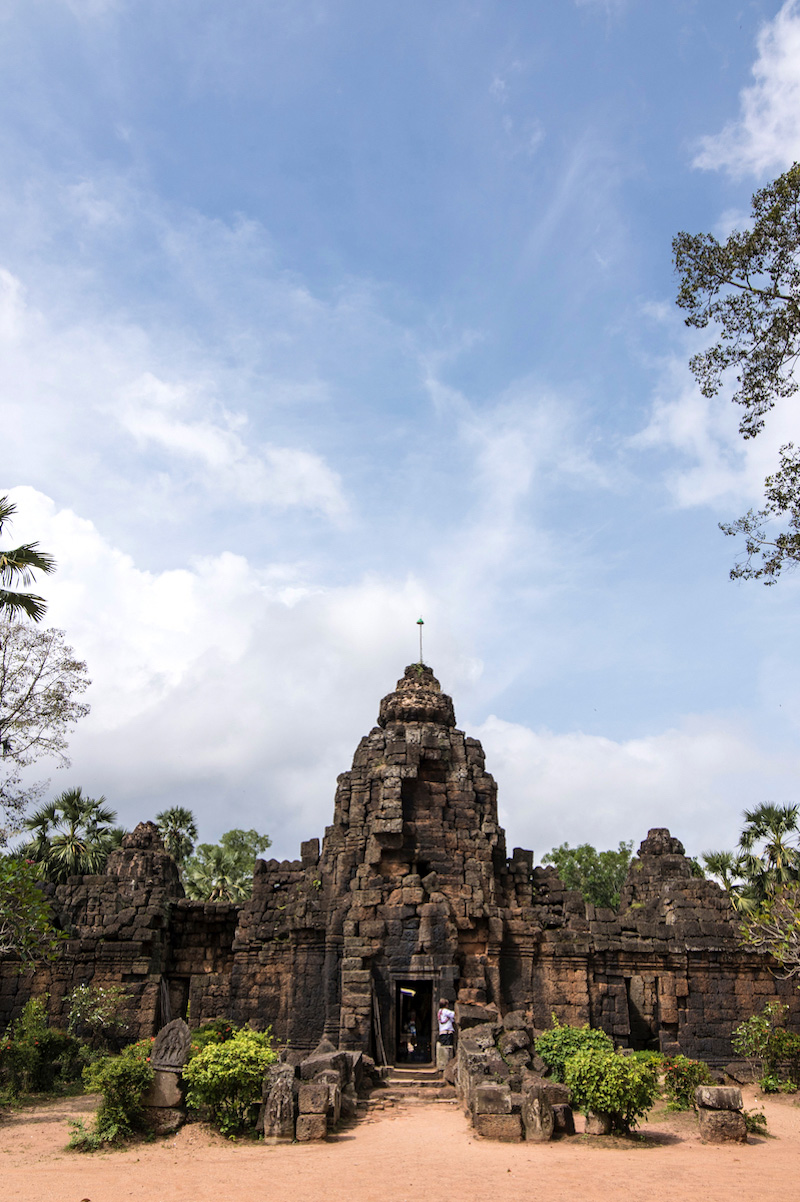 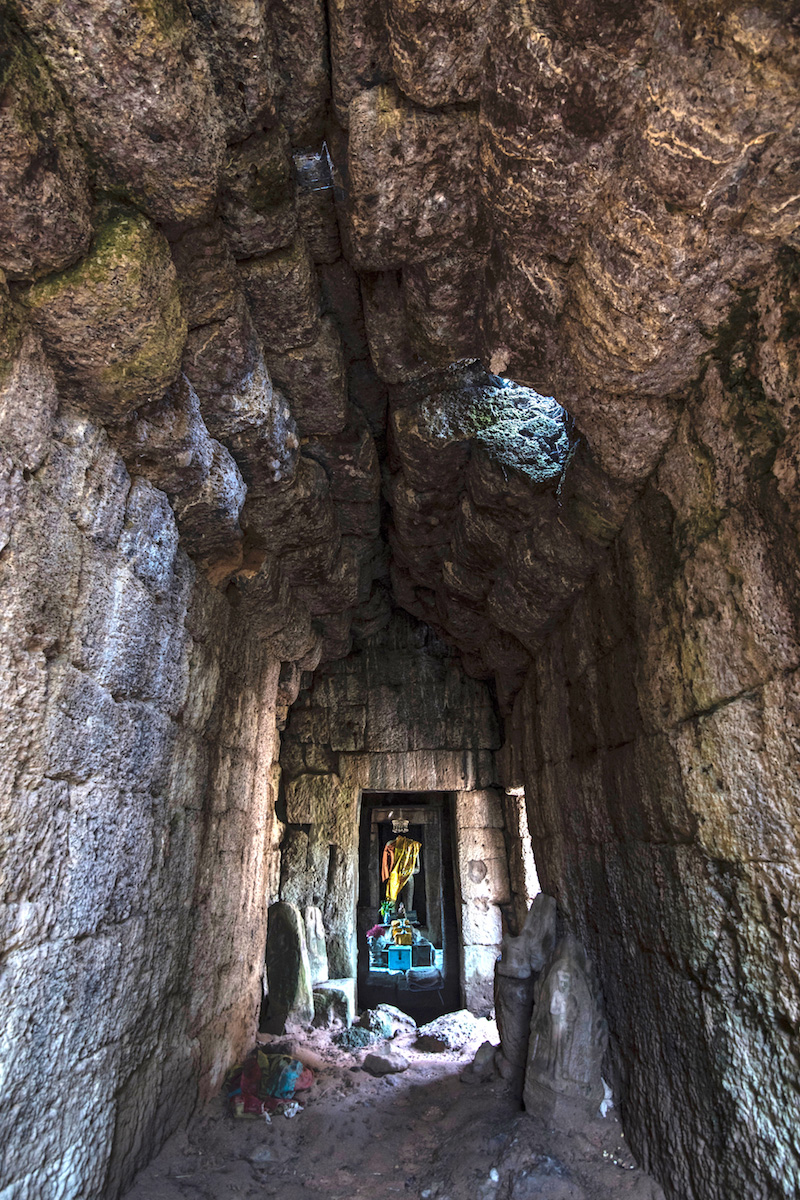 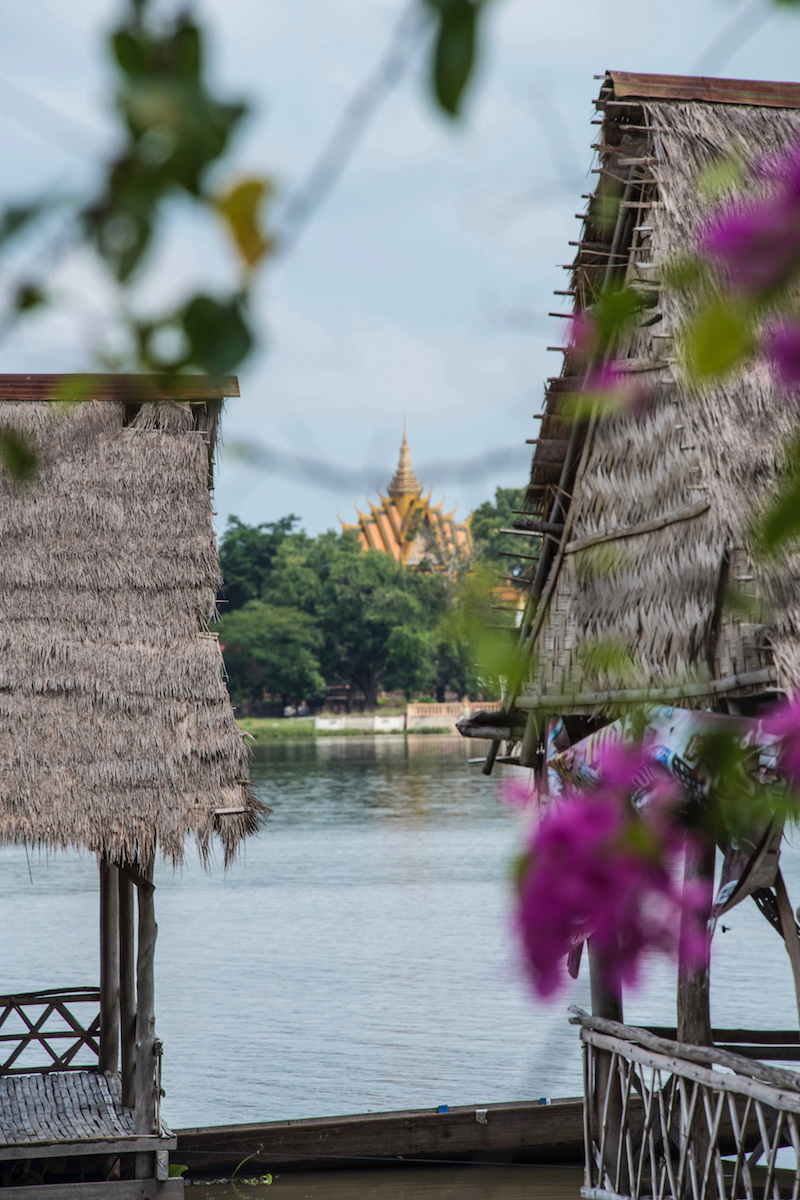 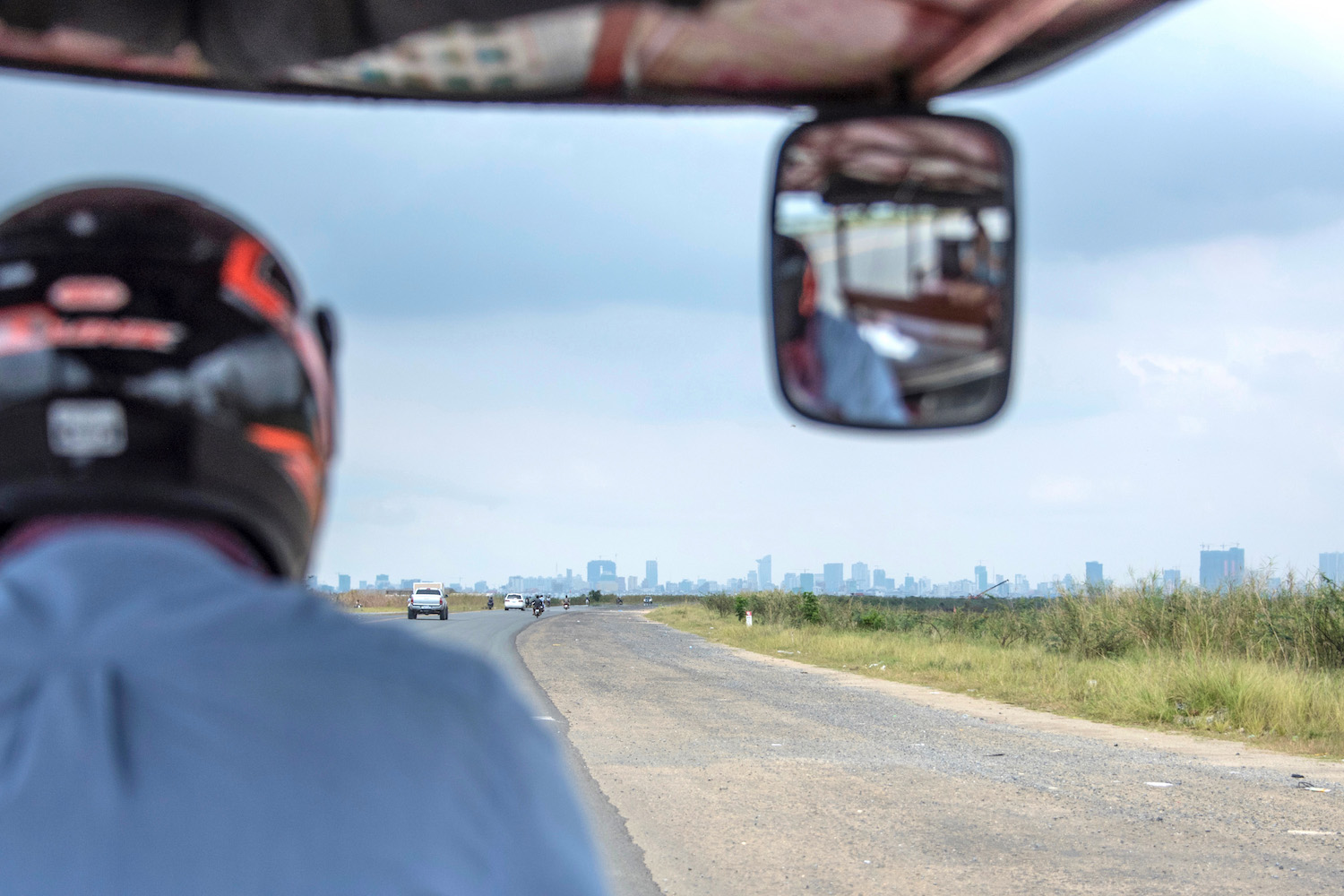 Tonle Bati town itself is charming, too, a simple riverbank settlement that’s become a popular weekend getaway from busy Phnom Penh residents. It’s also not dissimilar, visually, from what you see on Koh Dach, an island in the Mekong River just north of the city center that’s another notable day trip from Phnom Penh. In my opinion, this gives Tonle Bati a leg up when it comes to excursions during your Phnom Penh itinerary, but if you have time you should visit both.

How Many Days Should You Spend in Phnom Penh?

Although this itinerary sets you up for 3 days in Phnom Penh, but the answer to the question of how many days in Phnom Penh you should spend is not set in stone. For example, travelers who primarily want to focus on city-center attractions can come for two days or so, potentially after spending time in Siem Reap and nearby Angkor Wat. Alternatively, you could craft a longer Phnom Penh itinerary-rent an apartment and settle into the rhythm of the local life in this rapidly changing, increasingly interesting city.

Most Southeast Asia travelers plan only a brief stop in Cambodia’s capital to pay respect to the victims of the Khmer Rouge, but spending 3 days in Phnom Penh reveals the true face of this dynamic, diverse destination. Spend day one taking in the charms of Phnom Penh’s royal heritage and its riverfront, day two learning the lessons of the genocide and day three seeing one of the least-hyped Angkor-era temples in all of Cambodia. My Phnom Penh itinerary show that this is a city in constant flux between memory and sensation, and the transfer of the energy between the two is electrifying.