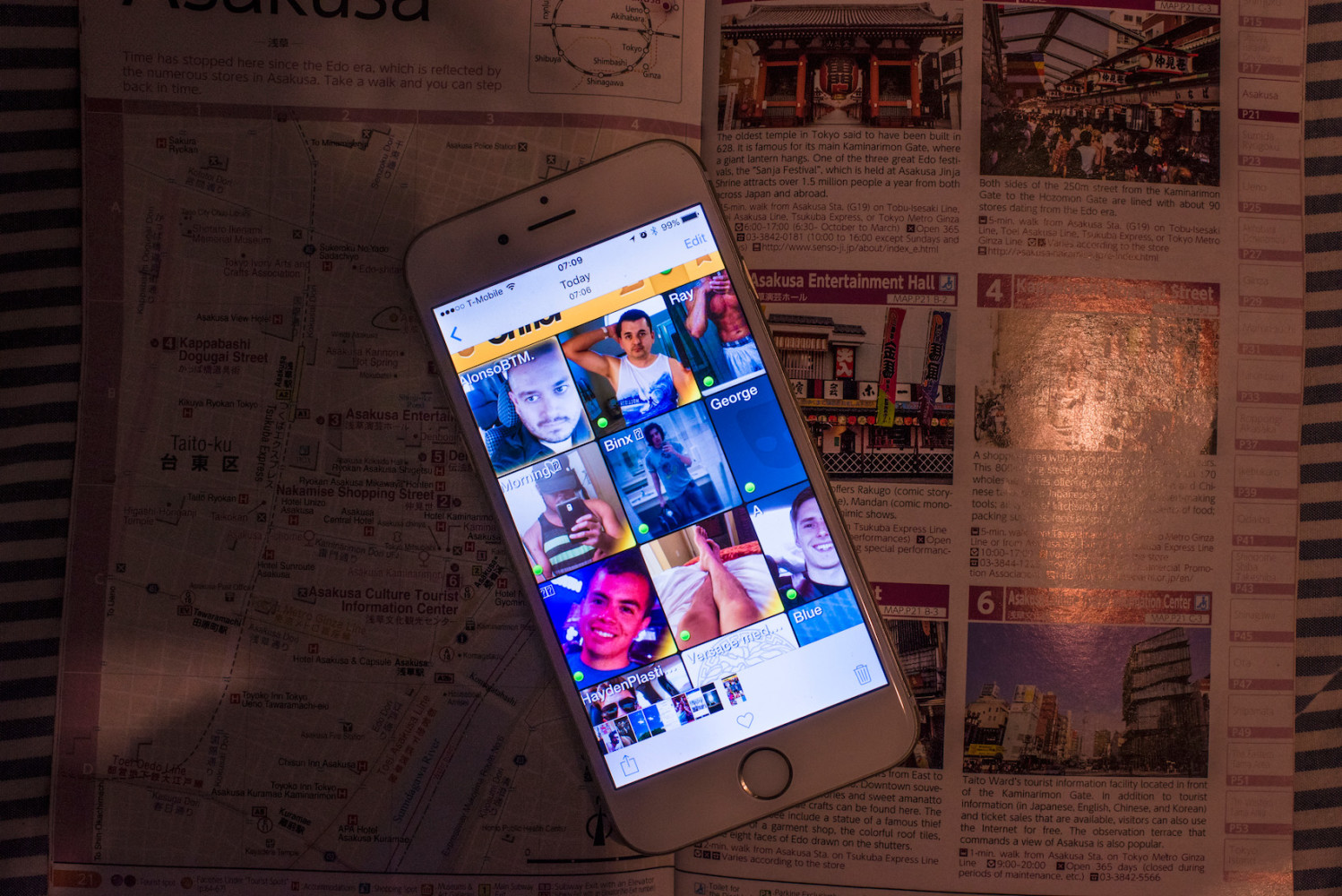 Update (11 March 2021): I appreciate the legacy of having used Grindr during my world travels, especially in my 20s and early 30s, but the era of Covid-19 has made me reassess my relationship with the app. Although I have decided to retain this post on my site due to its popularity and the validity of the stories it conveys, I think I have passed the point in my life where Grindr is of use to me, as a traveler or otherwise.

If you’re a gay “Christopher Columbus” type and like to “sample the local flavor” — I detail some of my experiences doing this in previous articles about the men-folk of Brazil and Israel — you absolutely must download a wondrous mess of code known as Grindr onto your Android, BlackBerry or iPhone. From Grindr in Paris to Grindr in Madrid, and even more obscure scenarios like Grindr in Sri Lanka, your life is about to change.

Getting Grindr onto your smartphone is easy, whether you use an Android or iPhone. Simply launch the application store for the platform you use, search for “Grindr” and wait for the free app to install on your device.

Upon launching Grindr, you’ll be prompted to upload a single, G-rated picture (You can exchange images of a naughtier sort once you get your first chat started). You’ll also have the opportunity to input basic profile details, like your stats, a headline and a short blurb. 2018 UPDATE: Grindr is now “woke,” and though it’s an app for gay men to find sex, now asks you to specify your gender and pronouns; apparently women and those who identify as such can now get laid on Grindr. Lovely.

Grindr is a GPS-enabled, location-based app, so it automatically logs your position whenever you log in, whether you’re using Grindr in Spain, Grindr Italy or Grindr Amsterdam. The app’s splash screen is a mess of thumbnail photos, which show guys near your current position in order of how close or far away they are, relatively to you.

Many, many Octobers ago in Madrid, frustrated by my lack of success finding a man using old-school gay websites,  I installed Grindr for the first time. Within a minute, several “pops” were coming out of my iPhone’s speaker, which indicated interested guys had sent me messages.

Unlike the aforementioned old-school sites, which include Manhunt and GayRomeo, Grindr doesn’t limit the number of messages you can send or the amount of media you can transfer. You can get to know as much as possible about your potential lay before you meet him!

Tap a guy’s thumbnail to access a private chat interface, where you can exchange messages, maps and photos, including of your you-know-whats. If a green circle appears on a guy’s thumbnail, he’s currently online, or at least Grindr believes him to be.

If there’s no green circle, the guy has been online recently but is idle. Just tap the picture to see his profile, which states how recently he was using the app. If a guy doesn’t get back to you instantly, don’t take it personally: He may not have Grindr open on his device at all.

Once you’ve decided you want to meet a guy, the person who’s hosting sends a map of his location, which shows you his exact position. What the map doesn’t provide the guest with is the host’s address, or the opportunity to chart a route there. In some situations, such as when you use Grindr in Dominican Republic or Grindr Mexico, the GPS itself might be off.

For this reason, I recommend sending or requesting not only a location, but also a street address and, if necessary, apartment number. I usually plug the address into Google Maps to get directions from wherever my “Current Location” is.

The cool thing about Google Maps (on iDevices, anyway) is that as long as you make the map while connected to Wi-Fi and don’t close out of the app, it lets you track your location relative to your destination as you make your way to your suitor-in-waiting.

Always go with your gut feeling about someone. If even one thing he says or a single one of his pictures doesn’t sit well with you, call the meeting off: Peacing out of an undesirable hookup is much more awkward than simply avoiding it in the first place.

Although it’s always a good idea to ask someone about his HIV status and whether he’s free of STDs, people can and do lie, so you should always protect yourself. If you don’t, you may bring more back from your trip than fond memories and overpriced souvenirs.

Use particular caution if you use Grindr in countries where homosexuality is illegal, such as those I mention in my article about gay travel in Muslim countries. I’ve heard stories about police creating fake Grindr accounts to lure foreigners into meeting, then arresting them. You should also avoid the temptation of a Grindr airport hookup, since getting caught in such a situation could land you in the slammer, even in countries where it’s not illegal to be gay.

Speaking of repeat meetings, Grindr makes that easy. Simply tap the “star” icon within someone’s profile to add him to your favorites list, which causes his profile to display at the top of the Grindr screen, no matter where in the world you are.

Why I Love Grindr

My favorite thing about Grindr is how casual and discreet an affair it makes meeting local men for a good time. Although I’m not personally bothered by some peoples’ opinions about the morality of sex, using Grindr allows you to experience it without shame.

Grindr’s being so easy allows you to be more at ease before, during and after the deed, something that in my experience anyway has led to drinks, dates and even romantic nights together in the wake of hook ups. I maintain contact with several of the guys I’ve met abroad.

This “contact” entails international sexting, or a guaranteed place to stay the next time I return — and in a couple cases, a mutual desire for “something more” if the stars happen to align and we find ourselves living near one another.

Grindr is one of the things I’m most thankful for as a gay traveler. If you haven’t downloaded it yet, install it on your Android, BlackBerry or iPhone and give it a spin. If you don’t love it, deleting it is simple. If you do love it like I love, tell me about your experience!