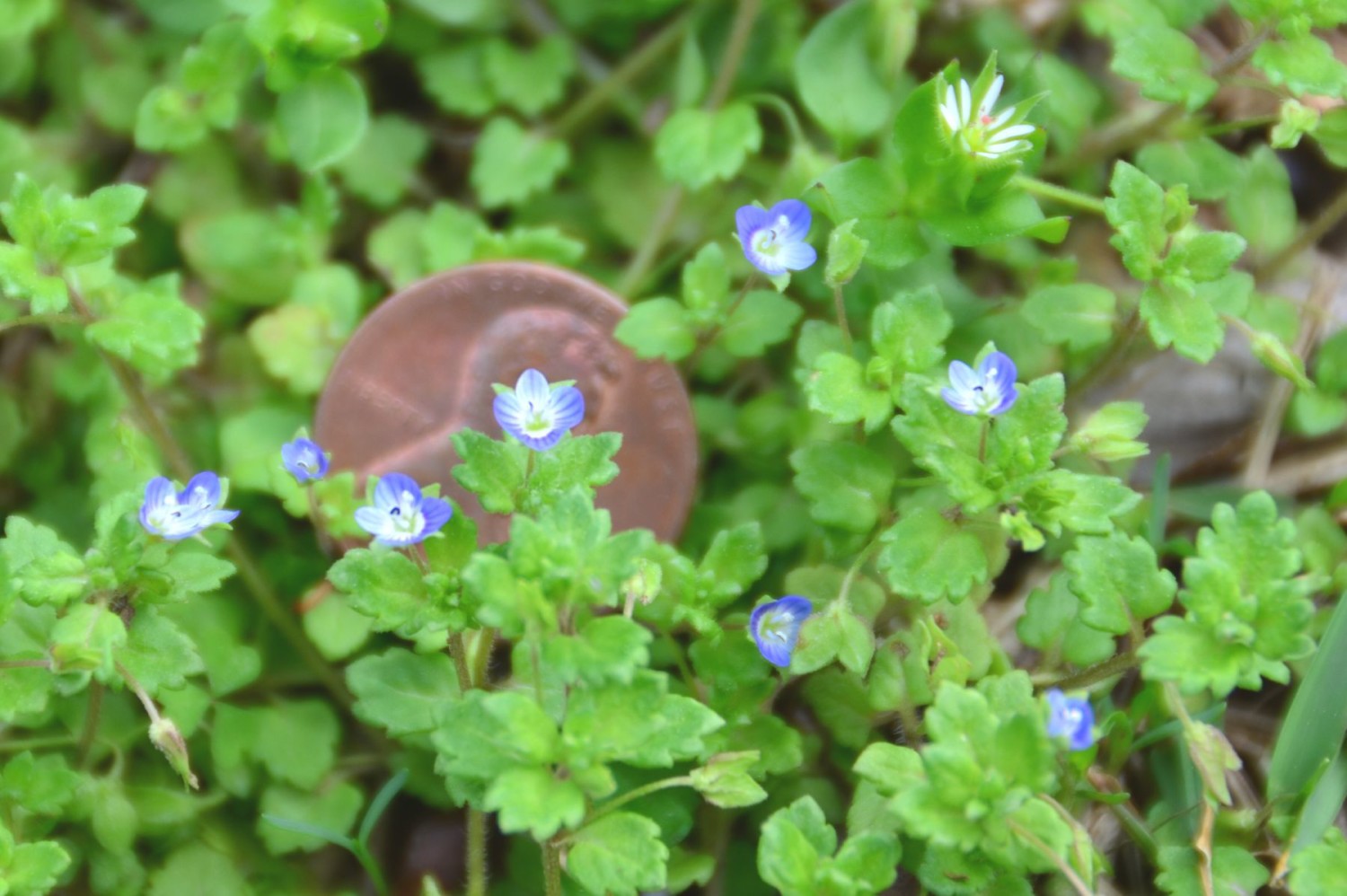 According to our politicians and news media, America has been transformed in just a few short years from a place where everything was cheap and affordable, to one of the most expensive places on Earth. The notion that the cost of living in America is sky-high (and rising!) has become a political battle cry for aspiring legislators and even presidents, regardless of their ideological bent.

I’m here to tell you: This notion is patently absurd. Not only are the prices of just about everything in the United States significantly lower than they are in nearly every other developed nation in the world, but prices on certain commodities in nations where the per-capita GDP is a mere fraction of what it is here are actually higher.

Has American purchasing power decreased, perhaps at a dramatic rate, over the past decade or so? Without a doubt. But if you’re truly convinced that it’s expensive to live in the United States, travel just about anywhere else in the world, pay close attention to price tags and get back to me.

Before I get into a comparison of the American cost of living with the general price points I’ve seen traveling in other countries, I want to disambiguate between “developing” and “developed” countries, for any of you who don’t understand 100% what these terms mean.

Developing countries, also known as the “Third World,” comprise a vast majority of the world’s land area and population. These concepts have become synonymous with sub-Saharan Africa, but also include much of Southeast Asia, a significant portion of Latin America and the vast majority of the former Soviet Union.

Although the level of and depth of poverty in developing nations varies significantly, life for citizens in developing countries is characterized by extreme social stratification, lack of access to education and social services, political corruptness and human rights abuses. Developing countries are generally popular among budget travelers because of how relatively cheap most (but not all) things are there.

Then, there’s the grey area, which first and foremost includes the BRICS — Brazil, Russia, India, China and South Africa — and other economies that are not quite developed, but are growing and spreading wealth at a rate that separates them from truly developing countries. Depending on which economist you ask, other countries in this category include Chile, Thailand, Vietnam and Turkey, to name a few.

The U.S. Minimum Wage and Cost of Living

I’d like to begin with a brief discussion of American wages, particularly the minimum wage. To be sure, many of the most expensive countries I’ll mention in this article have extremely high minimum wages. In Australia, it’s currently $17 per hour, while Switzerland’s minimum wage is over $30 per hour.

I do not advocate for a higher U.S. minimum wage.

And, as I’m about to discuss now, prices here in America are low, in some cases ridiculously so.

Prices of Commodities in the United States

First and foremost among the list of high-price grievances both American politicians and citizens cite is the cost of a gallon of gasoline. American drivers (myself included) remember that just 10 years ago, you could purchase a gallon of gas for around $1; today, it’s over $4 in many areas of the country.

And guess what? The United States still has some of the cheapest gas in the world! With the exception of oil-producing nations like Saudi Arabia and Venezuela, where the price of gas is negligible, gasoline is usually much more expensive abroad than it is here in the United States.

This is not only the case in developed countries like Australia, where it’s about $6 per gallon (1.45 AUD per liter), but also in developing nations like India, where a liter of gas cost 52 rupees three years ago — that’s around $4 per gallon in a country where the majority of people earn under $2 per day. In many parts of Europe (where people, admittedly, don’t drive as much), gas priced at over $10 per gallon is the norm, rather than the exception.

The prices of other commodities in the United States are also low compared to other places in the world, with food being the very cheapest of them all. Want to slum it in Copenhagen and eat Burger King? Be prepared to shell out 55 kroner, or almost $10, for a Whopper Jr. Likewise, although you may save a bit by buying groceries and cooking in your hostel, a trip to the supermarket in the majority of developed countries may end up being close to the price of a restaurant meal.

Housing is also still extremely cheap in most areas of the United States, relatively speaking. When I told my friends in Switzerland that I rent a room in the house I live in, which is just a few blocks from downtown Austin, for $450 per month, they thought I was joking. Indeed the prices of apartments and, worse, houses in Zürich, Geneva and much of the rest of Europe make rates in “expensive” American places like Manhattan and San Francisco seem laughably cheap.

Generally American healthcare would not make it on the list of affordable items. However, after the affordable care act (ACA) was put into place, the cost of healthcare suddenly changed. Now, most United States citizens can enjoy subsidies based upon their income. So in all fairness, the price of healthcare didn’t actually change much. The subsidies are applied directly to the cost of monthly premiums, ultimately resulting in lower rates.

Prices of Luxuries in the United States

Have you ever wondered why so many foreigners heading back to their home countries from the United States bring massive suitcases and even cardboard boxes with them? It’s because luxury items, perhaps even moreso than commodities, are significantly cheaper here in the United States than they are almost anywhere else in the world.

In no other case is this more true than it is with electronics. Whether you’re talking about computers, tablets, smartphones or even digital cameras, prices in the United States are the lowest in the world. Although Europeans and Australians flock to Thailand and Hong Kong for what they consider to be “cheap” electronics, prices there are still much higher than they are in America. My entry-level Nikon DSLR cost me almost $800 (with only a starter lens!) in Bangkok in early 2010; the same would’ve cost less than $500 with a spare lens at most camera shops here in the United States.

This is likewise the case with consumable luxuries, such as alcohol. Part of the reason I never drank when I lived in Shanghai is that it wasn’t uncommon to pay upwards of $7 for a cocktail, in a place where local college graduates usually make under $400 per month. And China was cheap: Drink prices at many of the bars I visited in Sydney and Melbourne on my recent trip to Australia were approaching $20 each, which is also a pretty standard price point for a pack of cigarettes there. Here in Austin, cigarettes costs about $7 per pack; it’s easy to find good drinks for under $5 each. Prices are even lower in many other areas of the country.

Clothing and accessories also tend to be much more expensive outside the United States. On my return trip to Israel last September, the small duffel bag I was carrying developed a rip and I headed to the local American Apparel store in search of a replacement. I was terrified to find out that a bag that would cost me $35 here in Austin was nearly $80 in Israel — it was the exact same bag! Although some international chains (namely H&M) have essentially fixed their worldwide price points, this is an exception,  not a rule.

Is It Good That America’s So Cheap?

When you look at the numbers, it’s indisputable: America is an extremely rich nation, yet most things here are still extremely cheap. Where America is poor is in the quality and maintenance of its infrastructure, social services and all of the other factors that differentiate developed countries from developing ones. Will propping these deteriorating systems up to where they need to be raise the cost of living further? Without a doubt.

Indeed America must, if it wants to become more globally competitive, become a more expensive place. For our part, we Americans should stop complaining about our perceived “expensive” cost of living and instead voice discontent with our country’s deplorable infrastructure and social services, the (necessary) improvement of which will regrettably result in increases to our collective costs of living, but also our quality of life.

Not only is America’s interstate highway and bridge network crumbling, but public transportation even in “big” cities like San Francisco, Chicago and New York is laughable when compared to the sophisticated metro, bus and tram systems on nearly every other continent. Part of the reason Americans perceive the cost of transport to be high is the antiquated idea that each individual is supposed to provide for his own family’s transportation.

Likewise, even with the legislation known as “Obamacare,” the general access to healthcare in the United States will be extremely low. I will concede that healthcare prices in America do tend to be higher than they are elsewhere in the world, but I would argue that this has less to do with our general cost of living and more to do with the unnecessary complexity of the system. Like many Americans, I’m on the fence as to whether government involvement or even regulation of the market will help to lower costs, but I think most people are now of the opinion that the current system should be totally scrapped.

Do you think America is cheap or expensive? Think I’m right on the money or completely off-base? Leave a comment and let’s get a debate going!