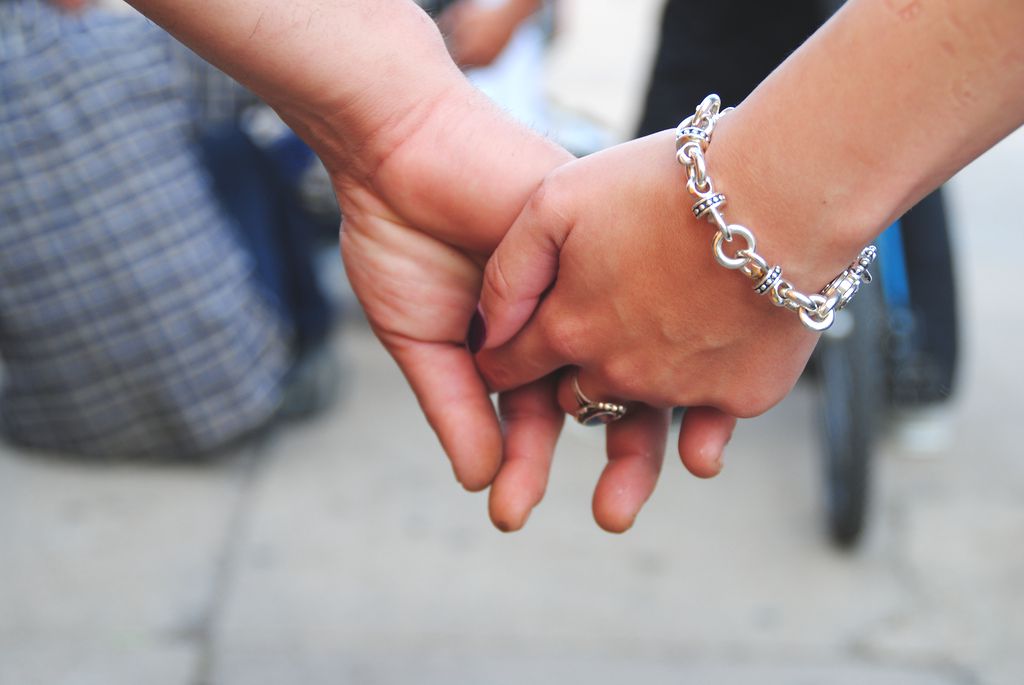 I believe in love at first sight. My extensive travel the past several years has galvanized my views on this matter, to the point where you might say I believe in no other kind of love.

However madly in love I fall, I never hesitate to leave on schedule. But I often wonder: What would happen if, just one time, I decided to stay?

Read even more tales of romance on the road.
Click here

I met Will in front of the romantic “Shopping Center 3″ on São Paulo’s Avenida Paulista, with the express intent of checking into a nearby sex motel. In Brazil, motels especially designed to facilitate casual sex between strangers are commonplace.

We paid for our three-hour stay as if we were children buying bubble gum at a gas station; We wasted no time getting down to business once were inside the room. To say that fireworks went off is like saying a car bomb exploded in Hiroshima in 1945.

Initially, I wondered whether I had unwittingly hired a prostitute — how else could a man I barely knew make love like this? I wouldn’t realize until the following night that he was making love because he actually loved me.

I can still remember the sweaty smoothness of his skin as I held his hand in mine, the third and final time I saw him. I briefly weighed the possibility of not boarding my bus to Rio the next afternoon, but by then my mind had taken already taken over — the beach was beckoning!

When I made his acquaintance online, Liron had offered me but a single sleep on the floor of his Tel Aviv apartment. Within moments of my knocking on his door at 4 a.m., however, our bodies were locked together like ionically-bonded atoms.

“Stay as long as you want,” he said. “Or as little as you want. But please, stay.” In my mind, I planned to remain in Tel Aviv just a few days, having wanted to explore the rest of Israel before moving on to Egypt. I should leave soon, I thought. I will leave soon.

But Liron was taking care of me. He cooked breakfast, lunch and dinner for me. He would call me out when I said something inhibitive or self-deprecating. He would hold me at night, even the night I came home at 6 a.m. from a party where I made out with no less than a dozen other guys.

When I look back, I realize that my behavior was some sort of sick defense mechanism. I’m in the most hedonistic city in the Middle East, I would tell myself, surrounded by the most beautiful men in the world. And they all want to have sex with me.

But Liron, I would realize as I headed westward across North Africa, had wanted to do more than have sex with me. I imagined his lanky arm around me as I lay freezing in my tent, alone under the stars of Moroccan Sahara weeks later. I felt comforted; but I also felt foolish.

Björn was a German grad student living in Amsterdam’s Western suburbs, in a building made of used oversea cargo containers that had been painted bright colors. He was hanging out his makeshift window smoking a cigarette when I walked up.

You know the drill by now: We kissed; we got hot and bothered; we went all the way. But I was lovestruck as he rode me back to my Warmoestraat hostel on his bike the next morning.

He rode me home on his bike — who does that? I thought. What a casanova. He was a human horse-drawn carriage.

I hadn’t actually planned to see him the next day; I had an afternoon flight to Libson to catch. But I ended up back in his tiny cargo crate anyway, savoring the friction between our hairy bodies until the last possible moment.

“If it wasn’t about to be winter,” I said as he rode me back to the city center one last time. “I would stay.”

“You should stay anyway,” he said as we approached Amsterdam’s Centraal station. “I’ll keep you warm, in my shipping container.”

Like I always do, however, I shipped myself home and said “yes” to the first Austin hipster who asked me on a date. Par with the course, I lusted after him for a while, then ended up disappointed. Why, I always think, don’t any of these guys do anything? Why don’t they want anything?

Without fail, I get restless and before I know it, I’m off on my next trip. Yet ironically, when I happen upon the next handsome stranger who wants something — namely, a chance to treat me exactly how I want and need to be treated — I write it off as lust.

He didn’t really love me anyway, I always think upon leaving, even as I daydream about what it might have been like to stay in his city, to share his bed every night, to learn his language and teach him mine.

It’s never until I’m over the border that I hear the faint whisper of truth. “Yes, he did.”