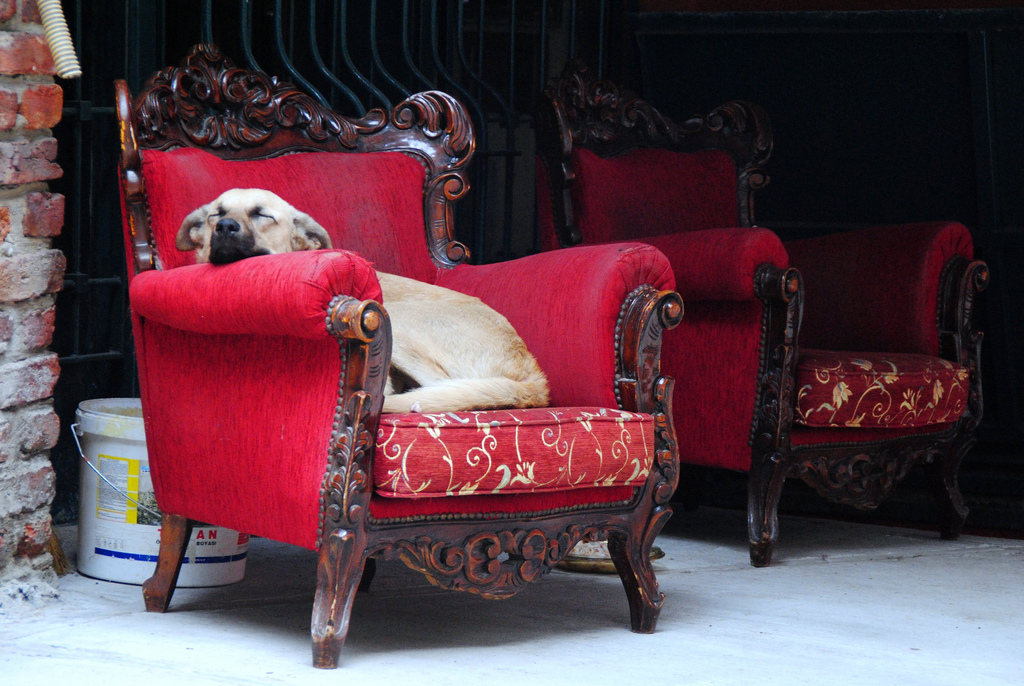 Today’s post comes from David Brown and Auston Matta, who run the informative, funny Two Bad Tourists blog. After you read this post, please do check out their website.

The late night was quickly turning to early morning when we happened to run into our CouchSurfing host in the Munich metro station. As we stumbled back to his place, we compared stories of our nights and recounted the events of the day. Dancing terribly behind a float in the gay pride parade (Christopher Street Day as it’s called locally) as we tried to keep up. Bribing our way into the fantastically decorated after-party at the historic Rathaus City Hall only to find ourselves trapped inside with no money. Trying hopelessly to find someone to buy us a drink and dancing outside as the rain poured down. It was a day of drag-queens, day-drinking, sightseeing and parties. And while Munich pride surely brings fun to any foreigner who attends, our day was undoubtedly enhanced by our CouchSurfing host.

CouchSurfing is an exciting and budget-friendly accommodation when traveling. In fact, more than 5 millions users participate in 207 countries. If you’ve never heard of it or are hesitant to try, staying with a gay host can help you ease into the community, especially if you’re concerned about safety as an LGBT or female solo traveler. While we encourage staying with gay hosts, it’s important to point out that CouchSurfing tends to attract open-minded people so homophobic issues are unlikely when addressed in advance.

Throughout our travels, we’ve saved hundreds on otherwise paid lodging, but the best parts have been the social experiences and friends we’ve made. It has also forced us to step outside of our comfort zone and try something new. While many of the cities we’ve visited have liberal views, we still sought out gay hosts simply because of common interests. And as it turns out, they have introduced us to some of the best moments we’ve had while traveling – experiences only possible with a local as a guide.

To date, we’ve stayed with hosts in six different countries – though this doesn’t  include the debaucherous nights out when we ended up staying on unexpected couches!  Celebrating Gay Pride in Munich with our German host; attending the Lady Gaga concert in Sofia with our Bulgarian host; cooking a tapas style dinner for our Czech hosts – these unique experiences have been formed by the type of host we stay with, the city we’re in and our own ability to remain flexible and open to the opportunities that are presented. Having surfed in a variety of places, we’ve found the key aspects to CouchSurfing are finding the right host and having the right mentality.

Finding gay hosts is not straight forward since the profiles on CouchSurfing don’t state the sexual orientation of its users. So, if you want to stay with a gay host they must be filtered out of the CouchSurfing.org abyss. If you’re new to the scene, first create your profile and join LGBT specific groups. We have joined gay-friendly friendly groups like Queer CouchSurfers and Backpackers (for gay and gay friendly). In addition, just about every large city has its own group geared toward the LGBT community. Queer/LGBT Hong Kong and Gay Singapore are a couple examples that we have used recently to find hosts. After you’ve joined the desired group, find hosts by filtering and selecting to search “In My Groups”. Then only the profiles of all the relevant hosts in your groups will be shown and you can send them requests.

Having found gay hosts that way, we’ve had unforgettable times CouchSurfing. It not only saved us money but we met locals and saw places in a way not possible when staying in a hotel or hostel. Hosting is also a great a way to experience CouchSurfing in your own city if you don’t have upcoming travel plans but still want to be part of the community. Of course, you can screen potential surfers and choose only the ones you feel comfortable with. After surfing regularly ourselves, we are excited to host when we actually have a couch of our own to offer. And while staying with gay hosts has been our preference to date, this post has made us realize that even we need to step out of our comfort zone once again and stay with more diverse hosts rather than always staying safely within the LGBT community. After all, that’s what CouchSurfing is about – learning from new places, new people and new experiences. And when it starts getting too comfortable perhaps it’s time for a new challenge – so why not check out the unknown?