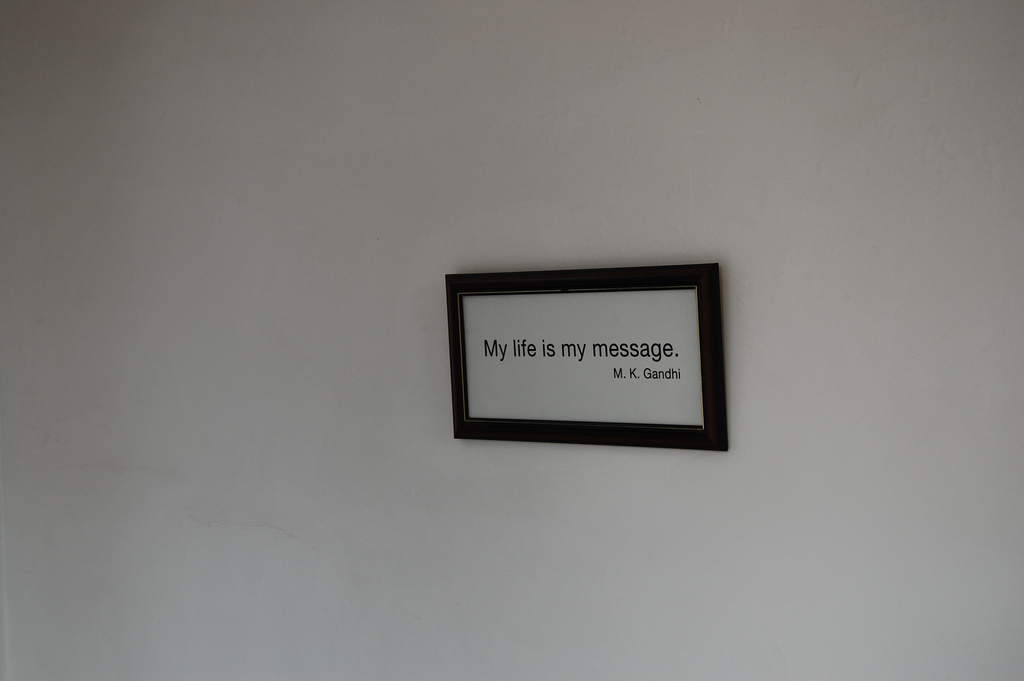 I had limited time in Delhi when I visited several years ago, you might remember, so I crammed all the highlights of the Indian capital into a single-day tour.

In spite of how much I usually hate tours, my Delhi tour ended up being one of the most informative I’ve ever been on. It was also among the most comprehensive I’ve ever taken, with attractions that spotlighted Delhi’s history, architecture, culture, food and beyond spread out over just a few hours.

It wasn’t until right before sunset, however, that we rolled up to what I consider the highlight of my day in Delhi: Gandhi Smriti or “Birla House,” the last place Mahatma Gandhi ever lived.

What Is Gandhi Smriti?

Gandhi Smriti is the house where Gandhi spent the last 144 days of his life. I say “last” because, unfortunately, Gandhi was assassinated as he walked behind the house to say his prayers on January 30, 1948.

Originally known as the Birla House due to its ownership by the Birla’s, a family of Indian business tycoons, Gandhi Smriti is now a museum dedicated to the life – and death – of Mahatma Gandhi.

Why Should You Visit Gandhi Smriti?

I was excited to visit Gandhi Smriti when I heard the tour would include a stop there, but mainly because I figured it checked an important historical box any visitor to India needs to tick.

Upon arrival at Gandhi Smriti, I was quite literally moved by the solemn air that hangs over the house, a palpable sadness that brought me – and everyone else who was in the house, I might add – to tears. In spite of this, Gandhi’s final home is a testament not as much to the evils of violence and of war, but to the importance – and enduring power – of peace in our world.

How To Reach Gandhi Smriti

Gandhi Smriti is located in relatively close proximity to central Delhi, a stone’s thrown from the Netherlands embassy. If you don’t organize a taxi tour of Delhi originating at your hotel like I did, the best way to get there is to take the Delhi Metro to Race Course station.