I was beyond exhausted when I arrived in the Sri Lankan city of Anuradhapura, so I’m not sure what possessed me to say “Yes” when my hotel’s driver asked me if I wanted to tour the sacred portion of the city, a massive UNESCO world heritage site that occupies dozens of square kilometers, the same day. But say yes I did.

Anuradhapura, as I suspected, is almost too much to take in during the single day the (expensive) admission ticket affords entry. I found myself awestruck when I departed the sacred city just after sunset, but more because of its otherworldly aesthetic than its important history, which was largely lost on me.

Need help planning your trip to Sri Lanka? Click here to hire me as your Travel Coach!

Where to Stay in Anuradhapura

Anuradhapura is home to many comfortable hotels, which serve a wide range of comfort and amenity preferences. For example, while Hotel Heladiv is more on the luxurious side, budget travelers will feel right at home at Heritage Lake View. Choose a happy medium when you stay at the boutique Villa Tambaka, which offers a stylish room at a very fair price. 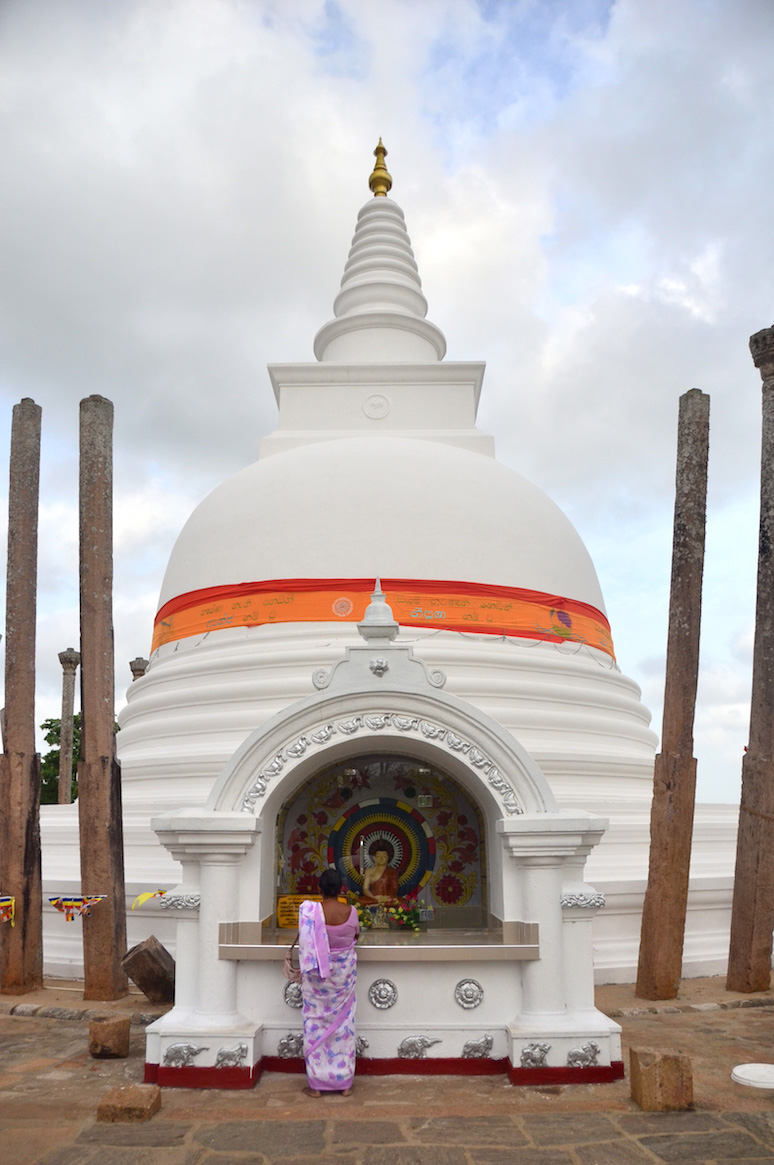 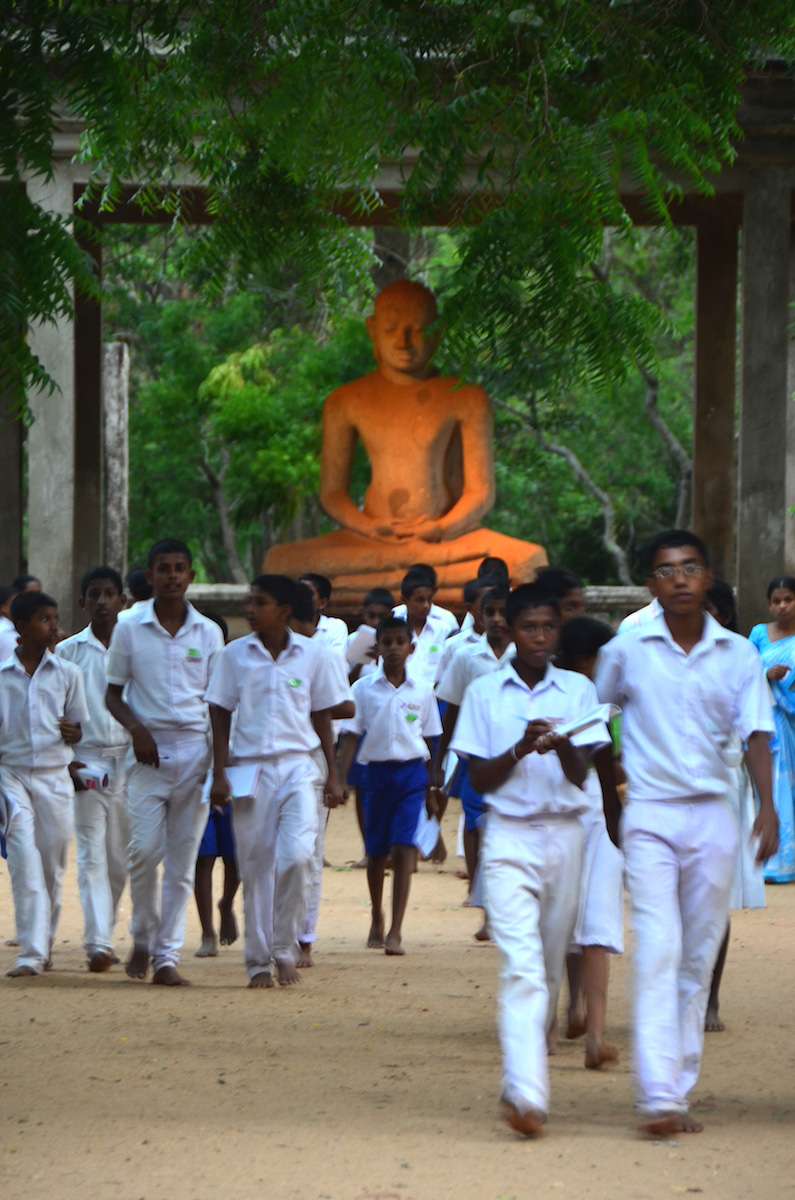 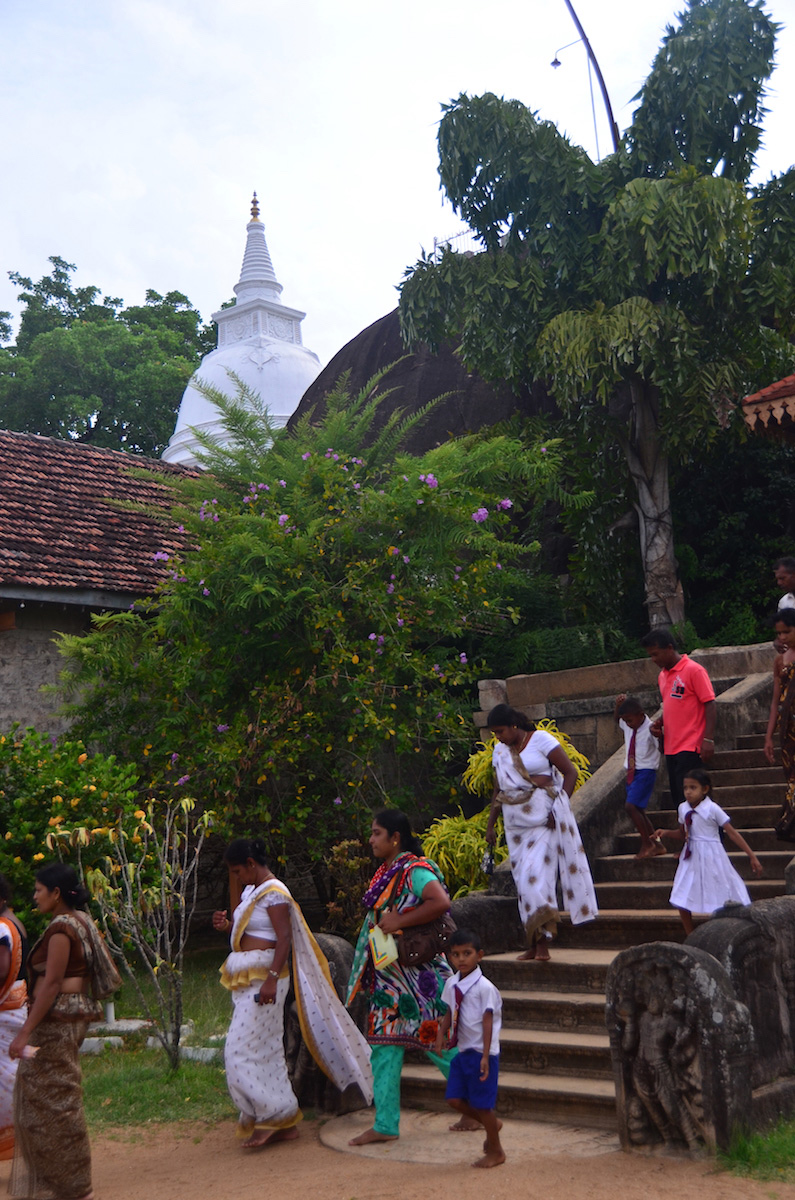 By most accounts the first capital of Sri Lanka, Anuradhapura dates back nearly 2,500 years, and is one of the oldest continually-inhabited cities in the world. It is of particular importance to Buddhists, as it is home to a large number of stupas, temples and other holy monuments, some of which are said to contain remains of Gautama Buddha himself. (Yeah, the Buddha.)

Although one of the first planned cities in the world, Anuradhapura’s sacred portion is something of a hot sacred mess – little more ties together the dozens of important sights that dot its 16 square miles that the red dirt road that runs through them. This alone makes it difficult to keep track of when each attraction was built, by whom and for what reason, confusing Sinhalese names notwithstanding. 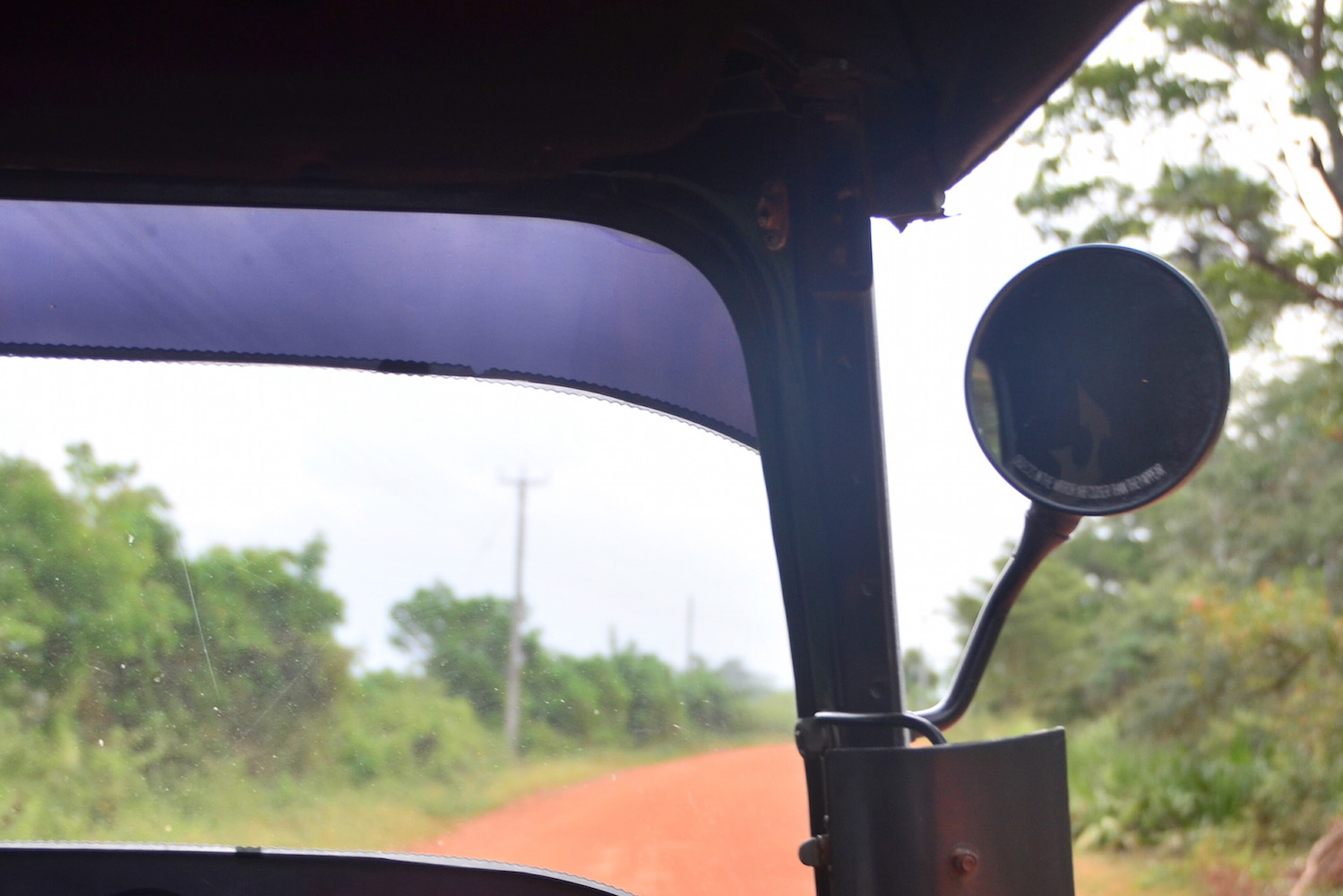 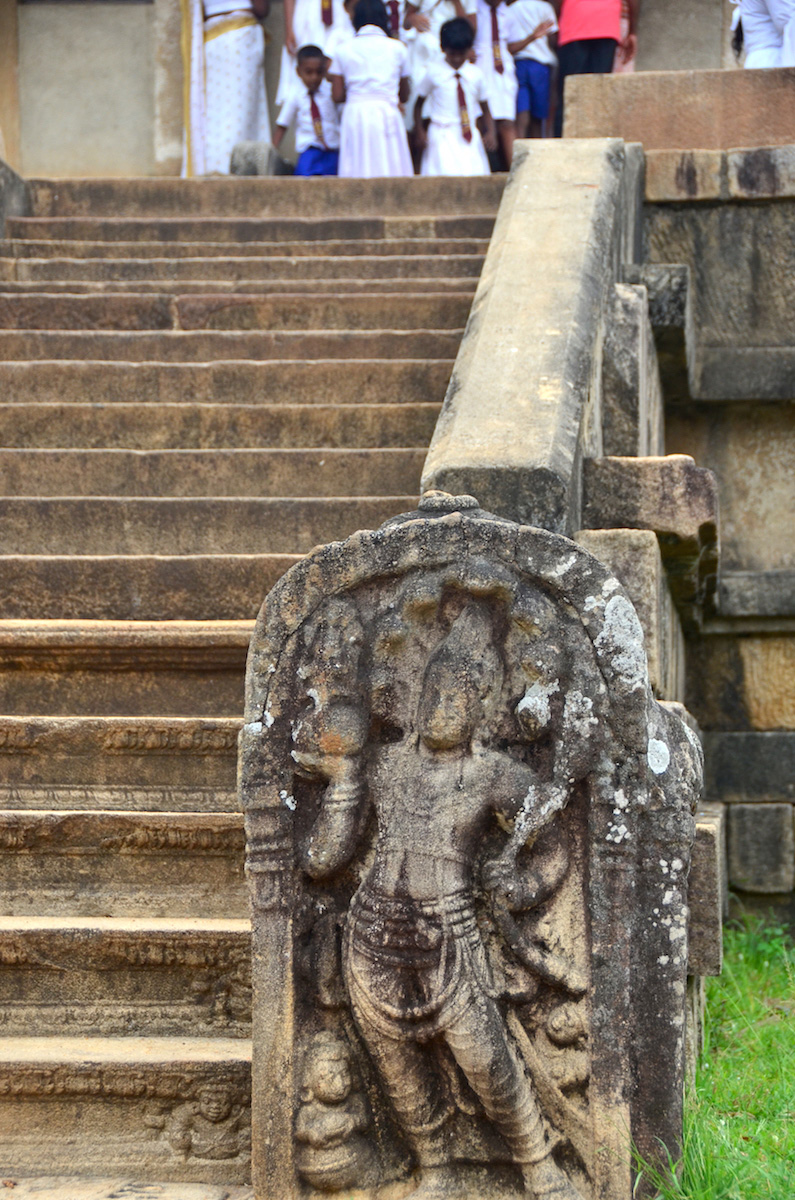 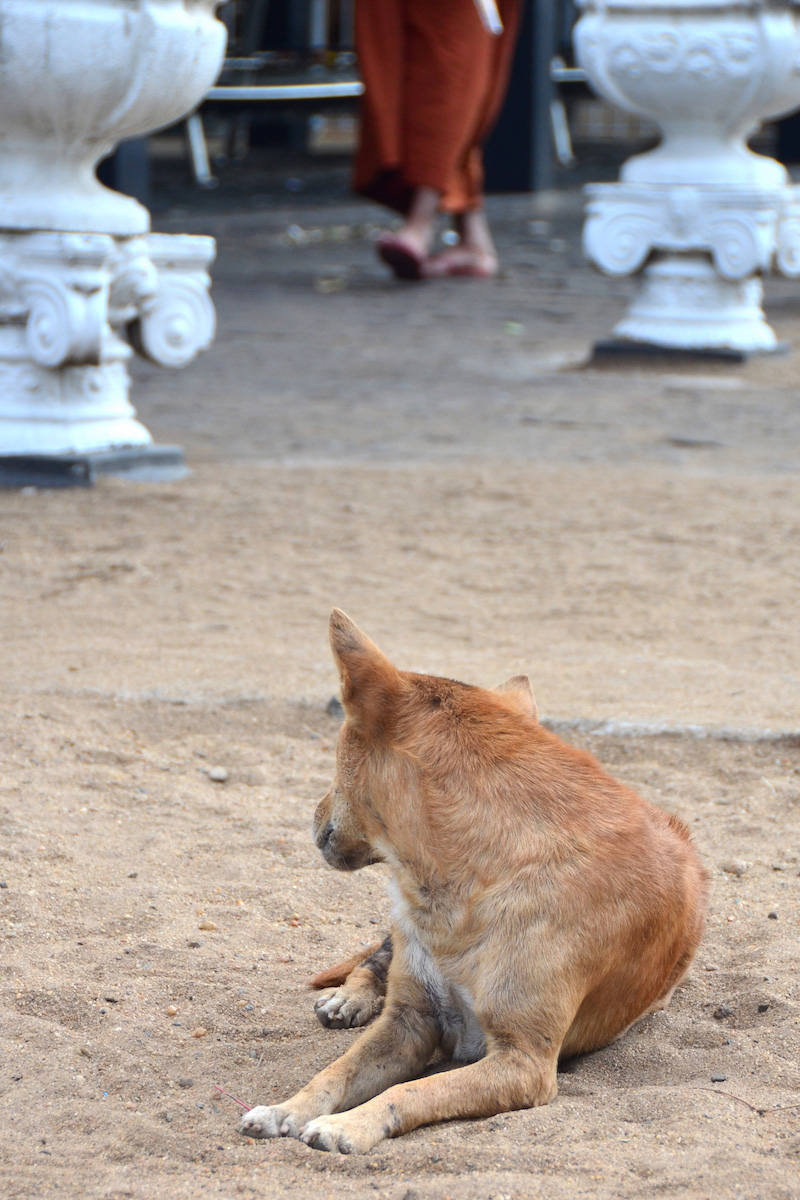 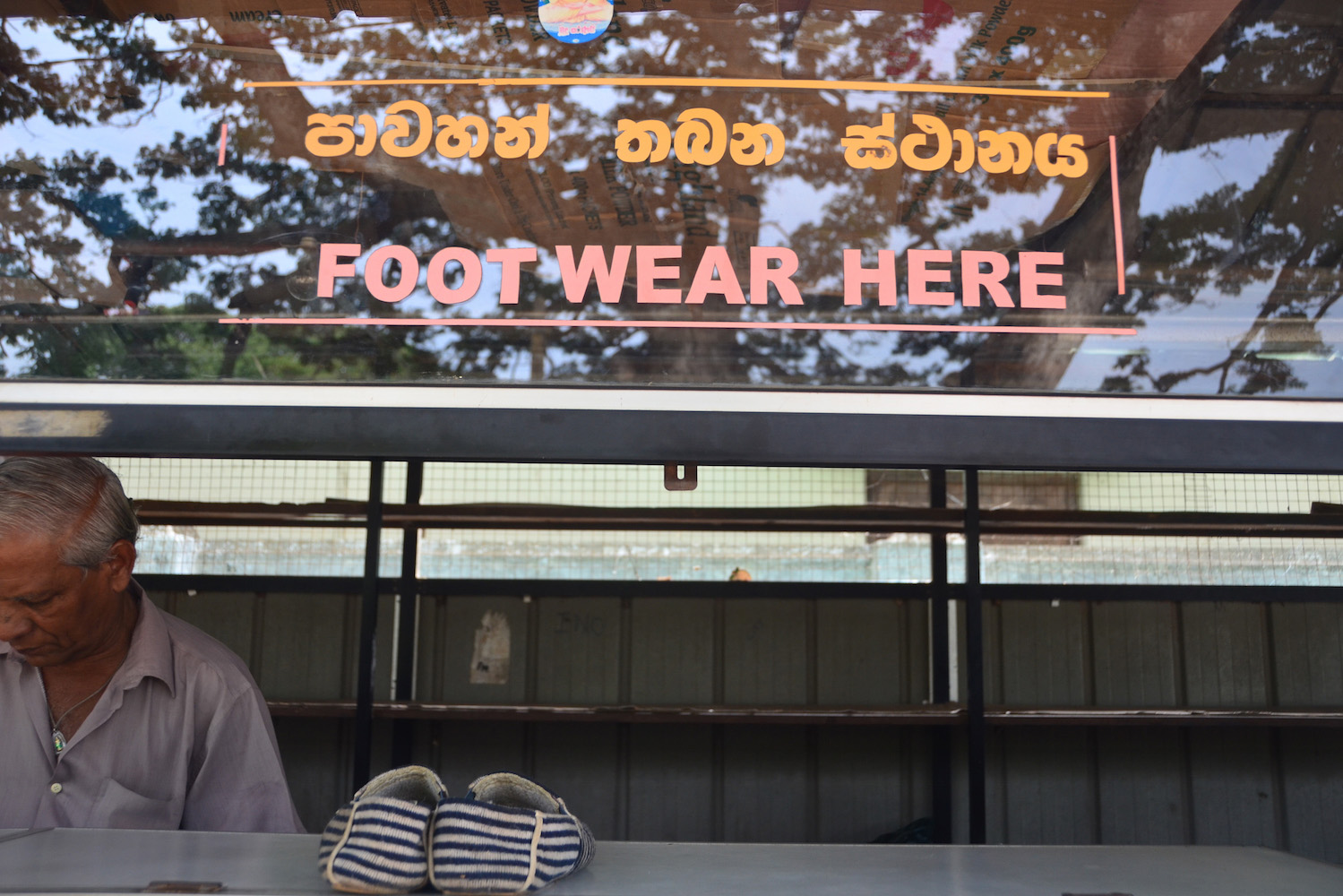 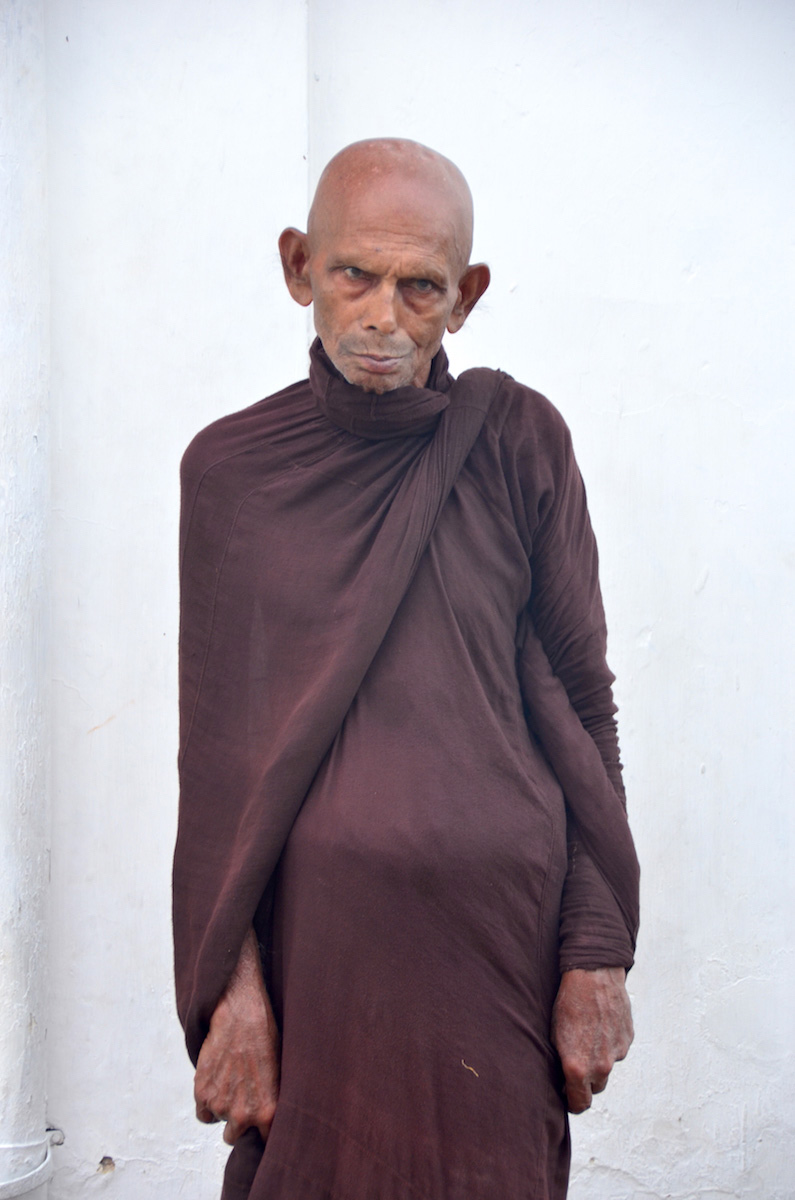 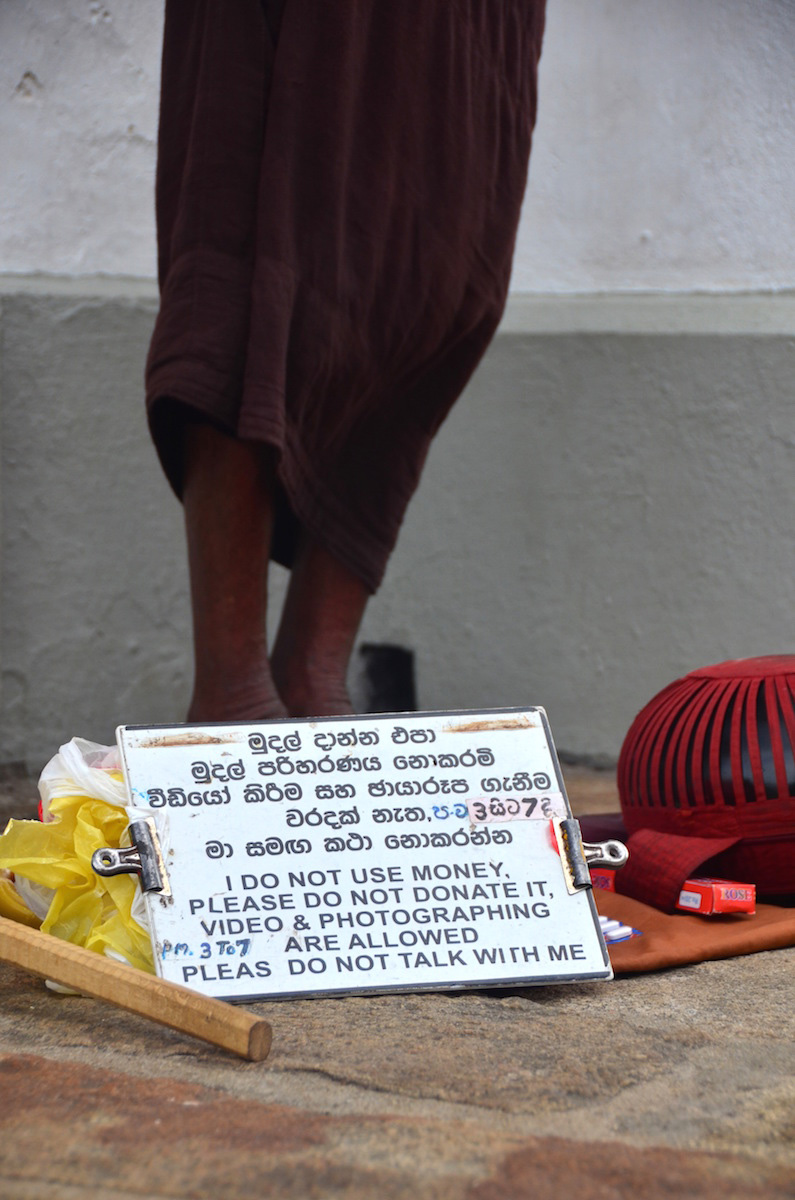 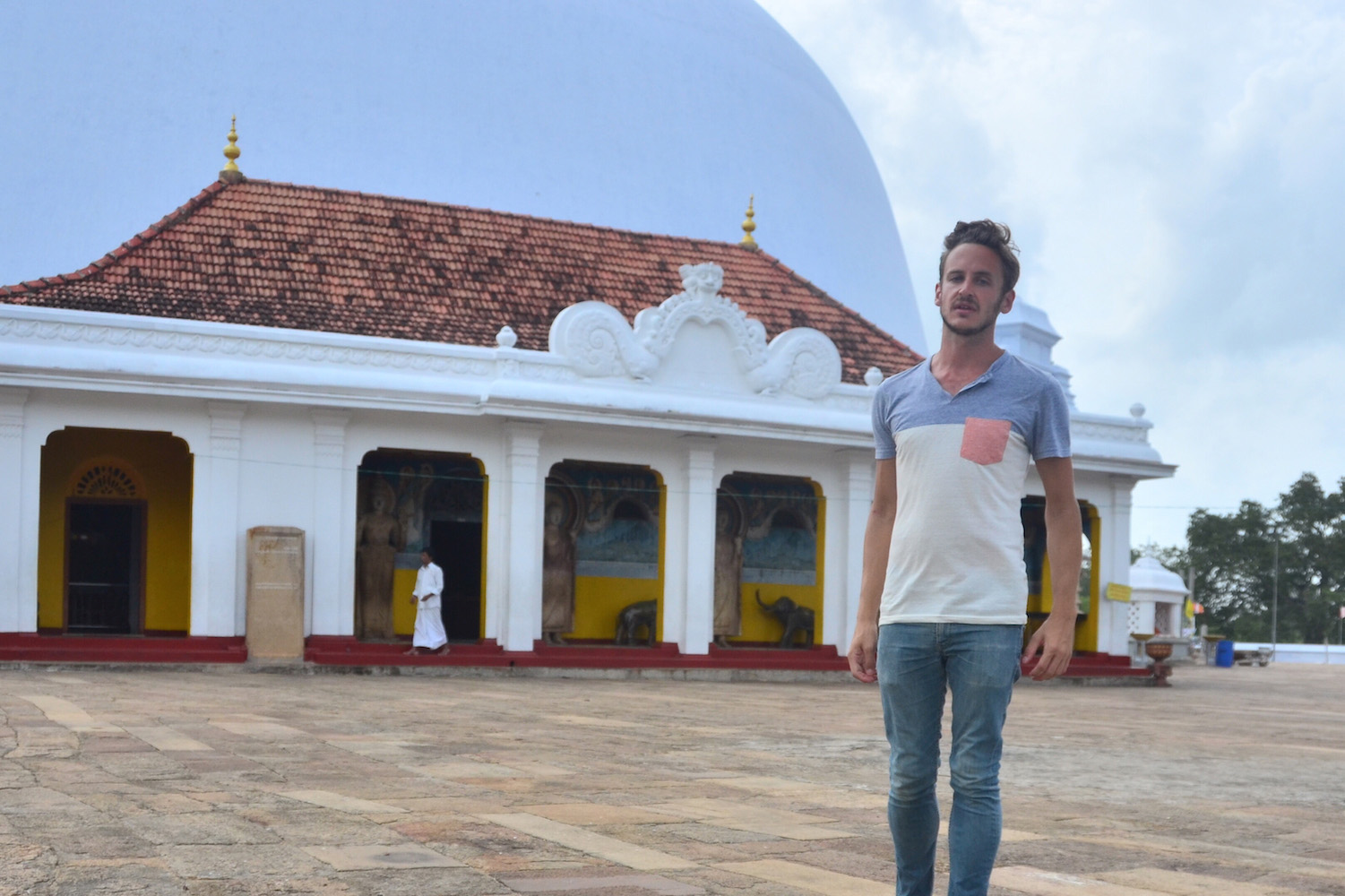 Many of Anuradhapura’s attractions, even extremely important ones like Sri Maha Bodhi, a tree Buddha (yes, again, the Buddha) was said to have meditated under, or Thuparamaya, a stupa that is said to contain some of his bones, are practically deserted, excepting a small number of faithful Buddhists doing faithful Buddhist things.

In a way, this is extremely positive. Anuradhapura is everything I wish Angkor Wat had been, i.e. an enormous, ancient city that is practically untouched by foreigners. And I do mean “untouched” – I can count the number of other white people I saw during the six hours I spent in Anuradhapura on one hand. 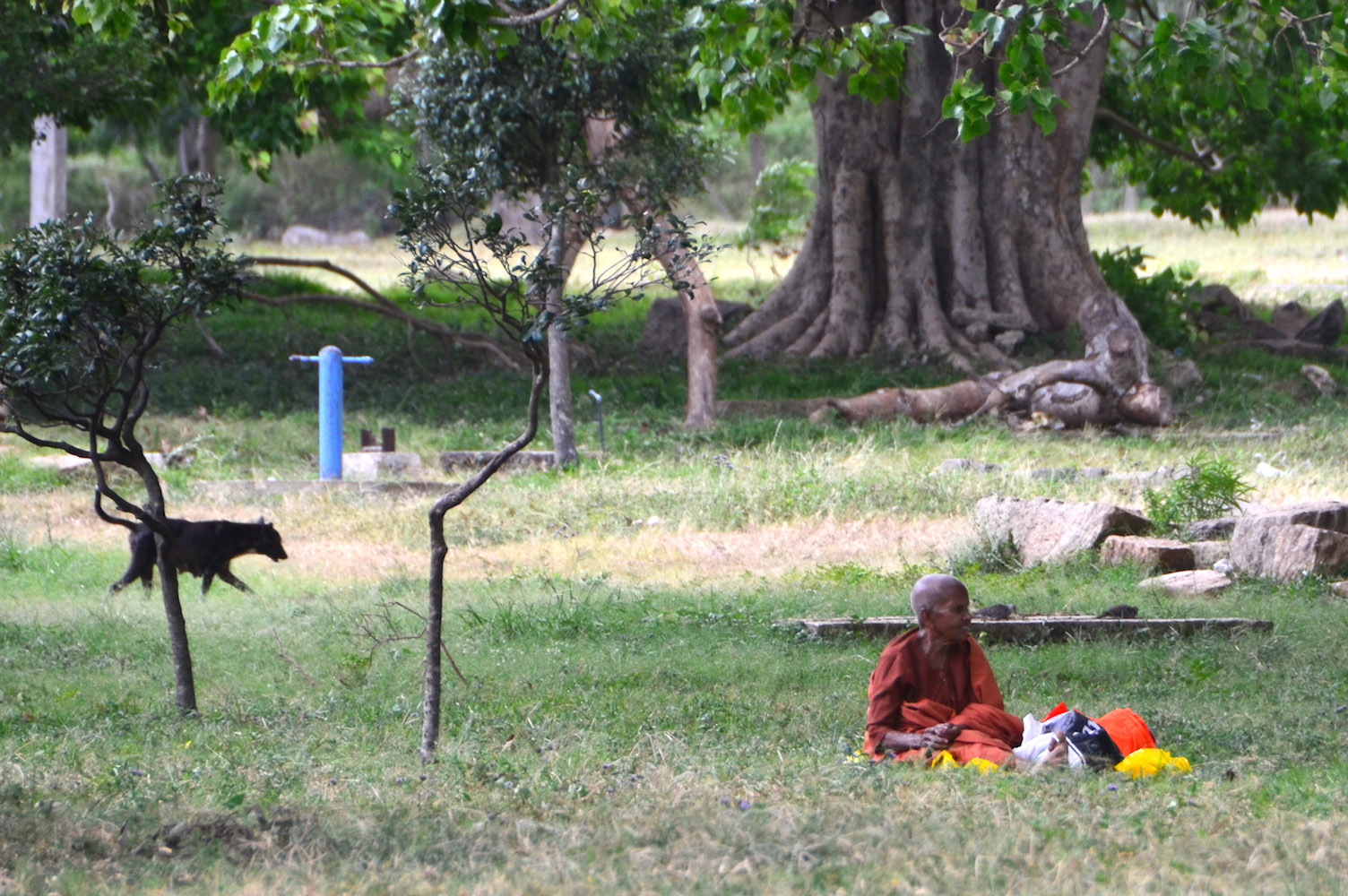 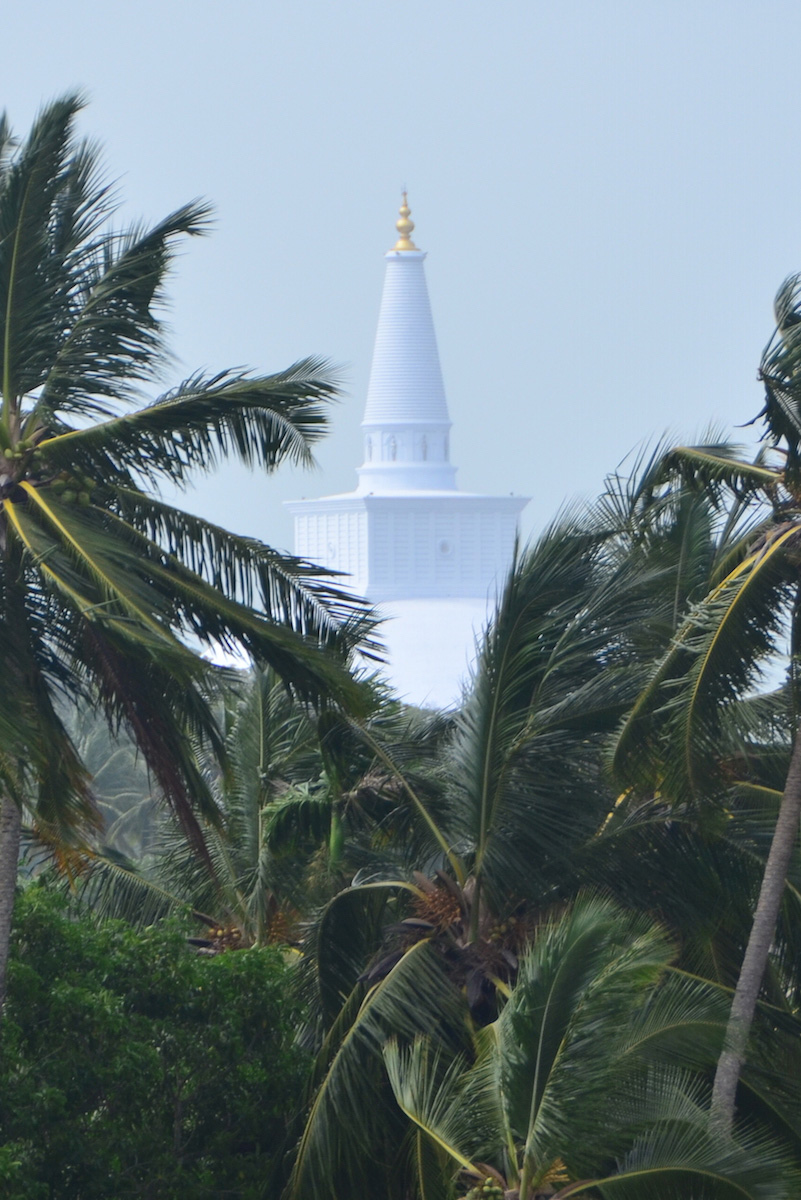 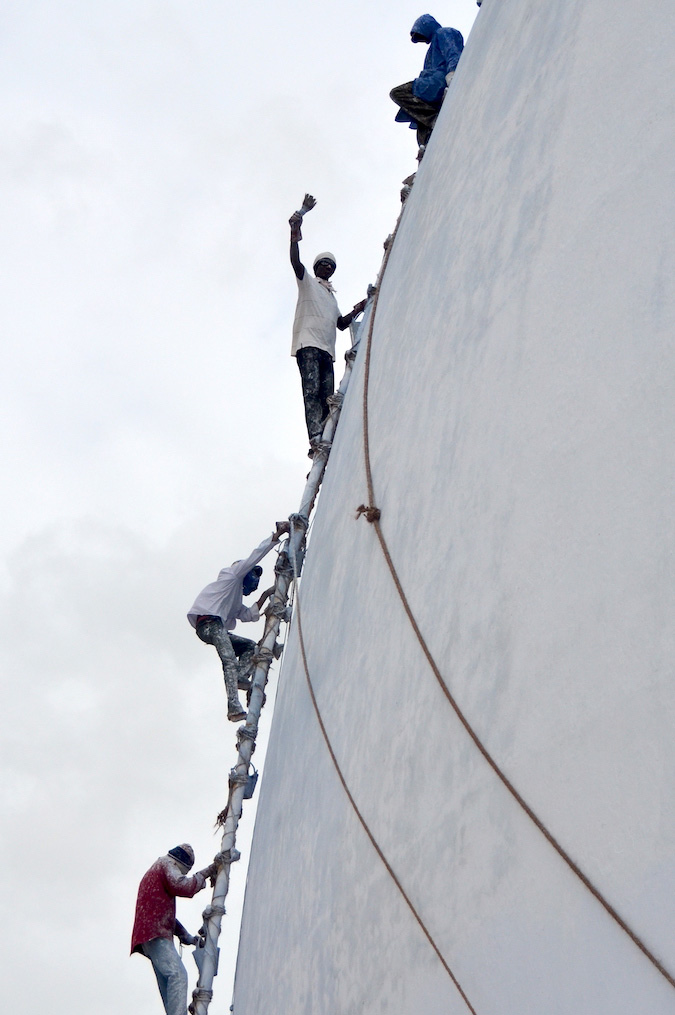 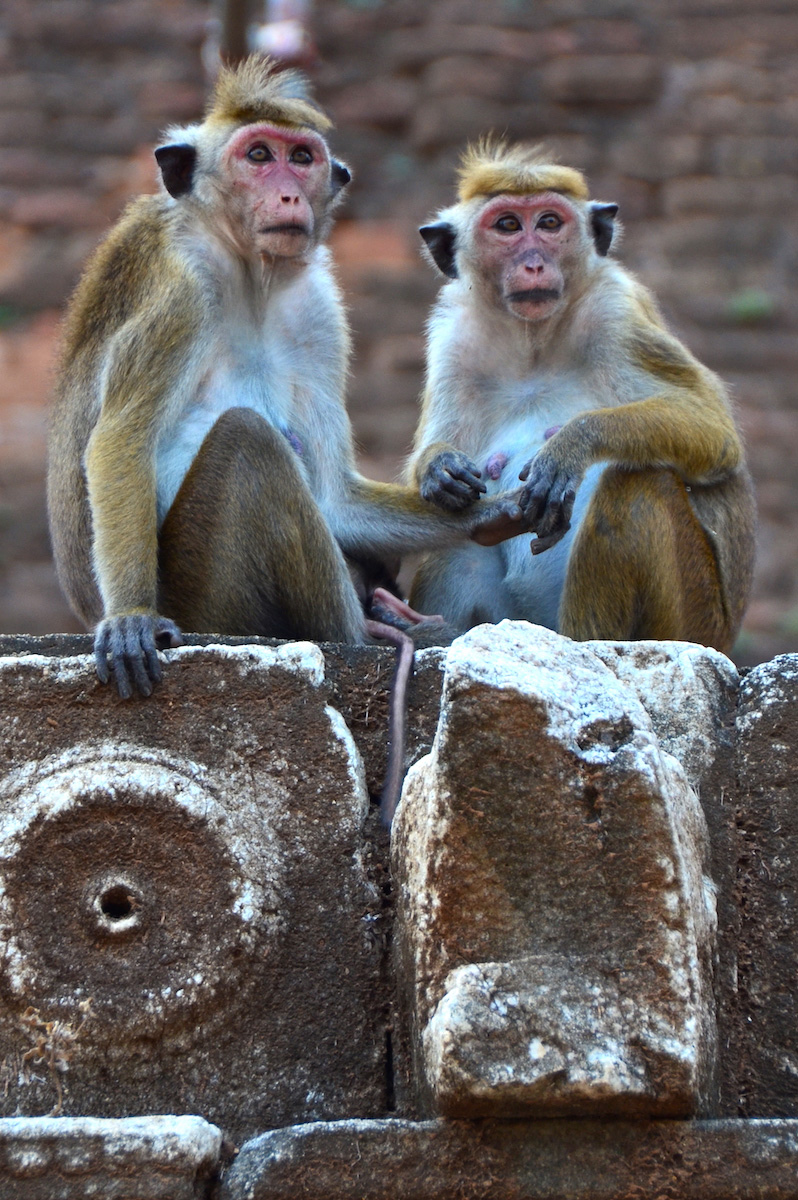 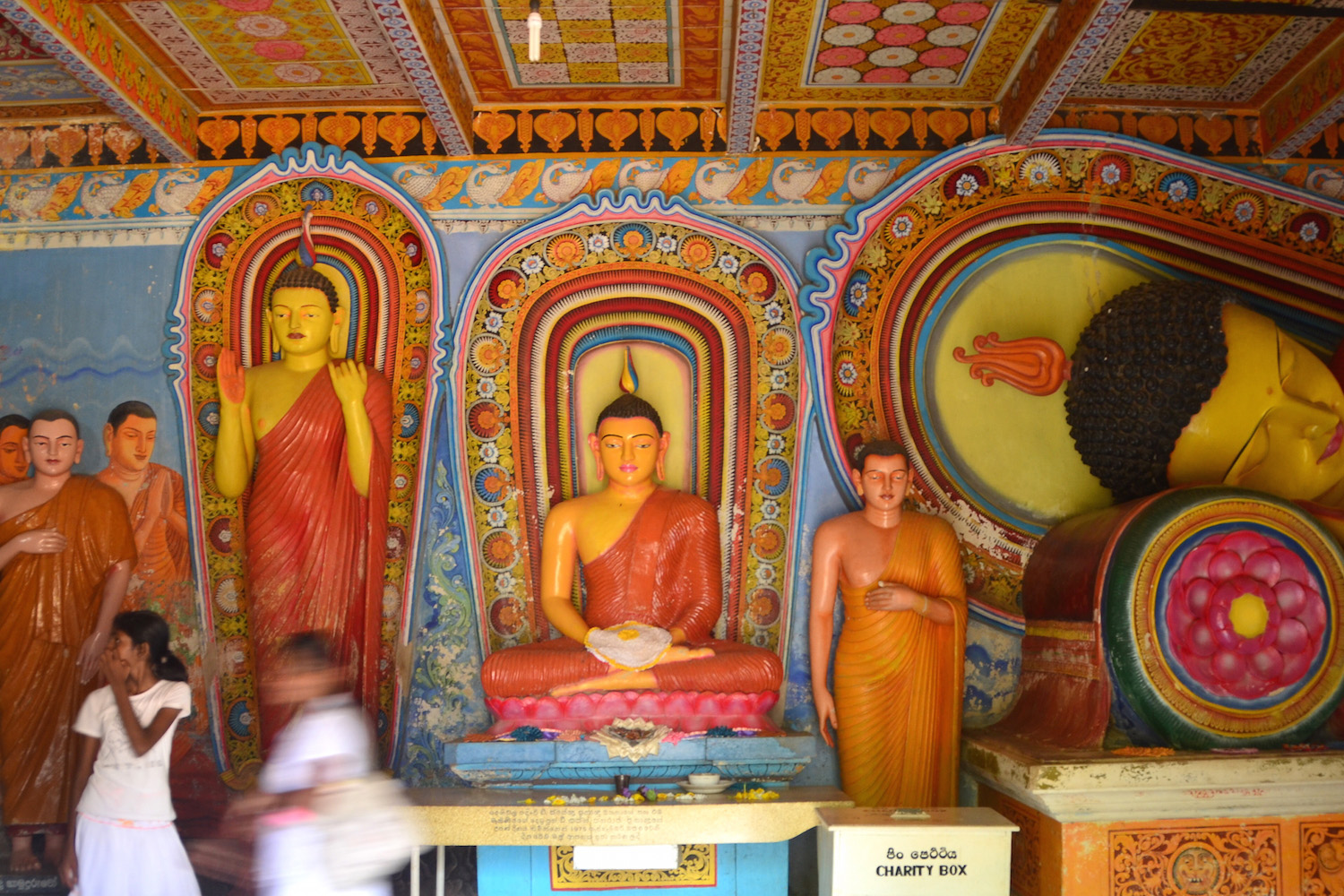 But the irony is that unless you hire an (expensive) English-speaking guide, have a guidebook that doesn’t suck or are fluent enough in Sinhalese to speak at length with locals, most of what you need to know to truly appreciate the city is confined to small signs in front of each attraction, many of which are worn past the point of being legible.

(This assumes you have sufficient mental and physical energy not only to last the extent of your time in the city, but also to withstand the heat and humidity, which was oppressive even to me, as a heat- and humidity-loving Texan.) 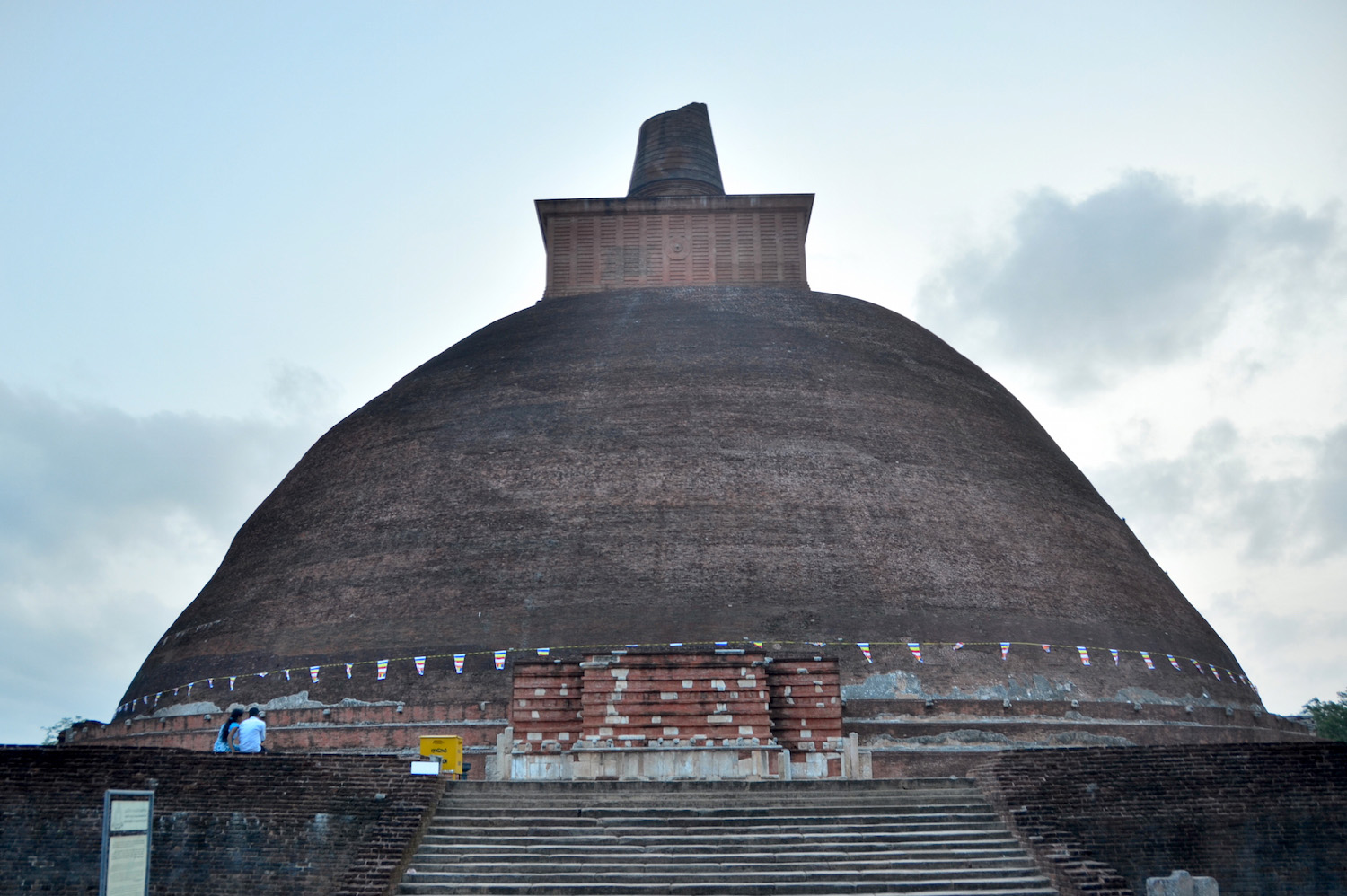 The funny thing about all the potentially disappointing features of Anuradhapura is that they’re very par for the course RE: Sri Lanka, whose having escaped the wrath of tourists, for now anyway, is as much a blessing as it is a curse. (I’ll write more extensively on that topic next week or the week after.)

And yet I didn’t leave Anuradhapura feeling the least bit disappointed, even if I do think the value for money (which again, is a problem I’ve encountered most of the rest of the places I’ve visited here in Sri Lanka) is rather low, admittedly far more because of high cost than lacking architecture, history or spiritual ambiance. 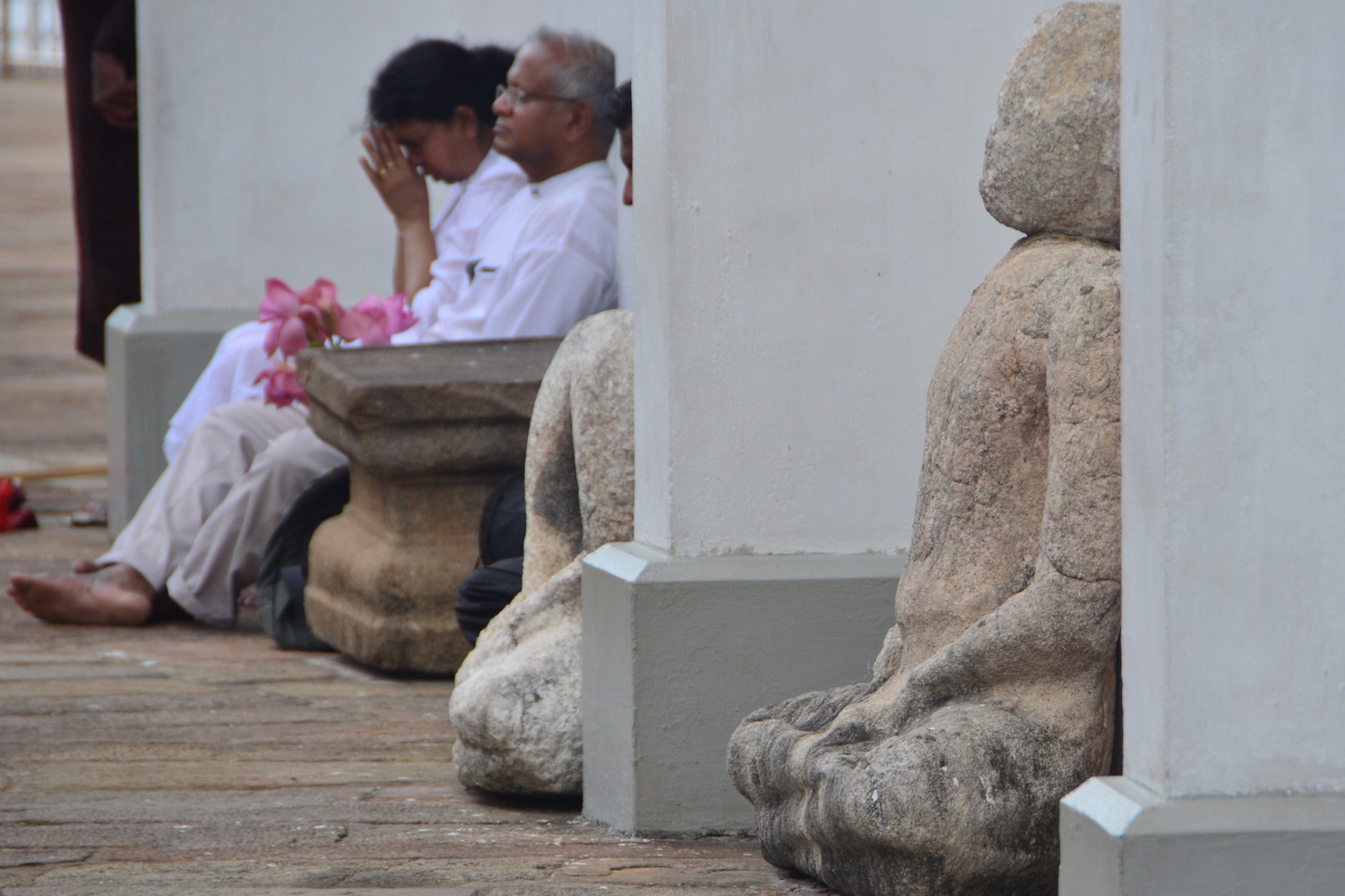 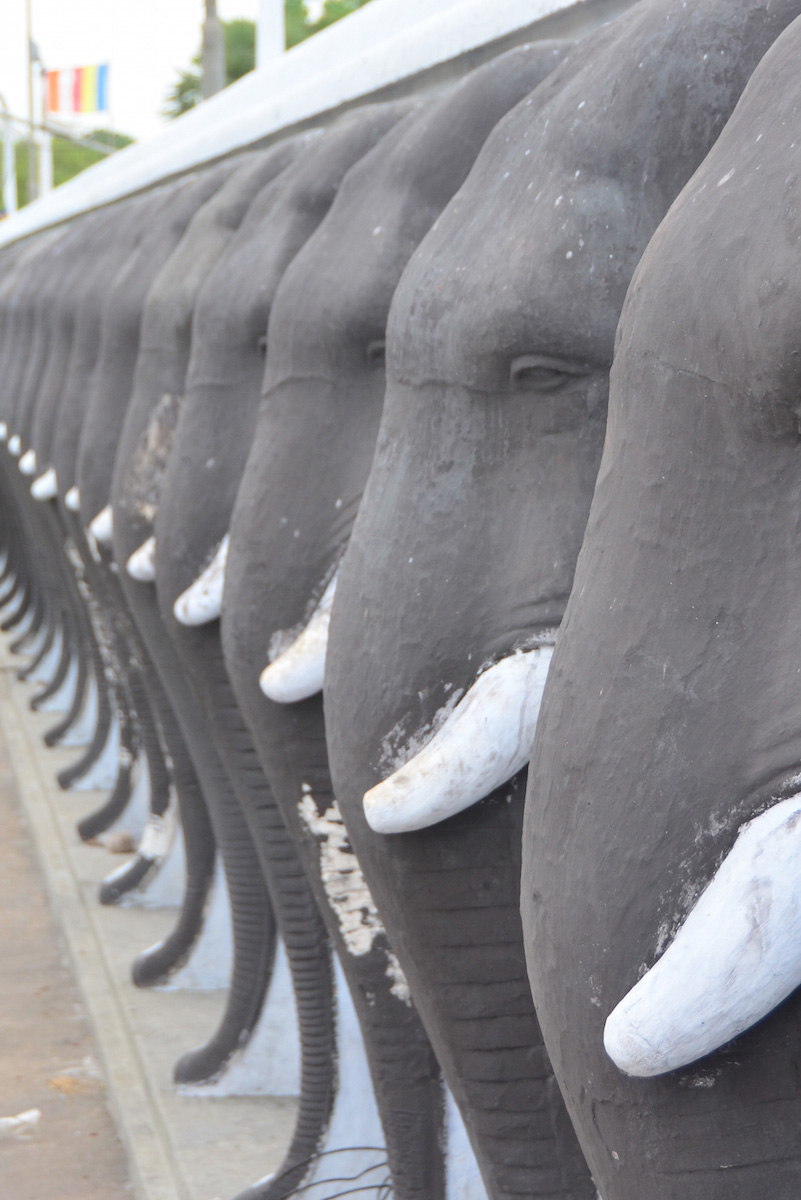 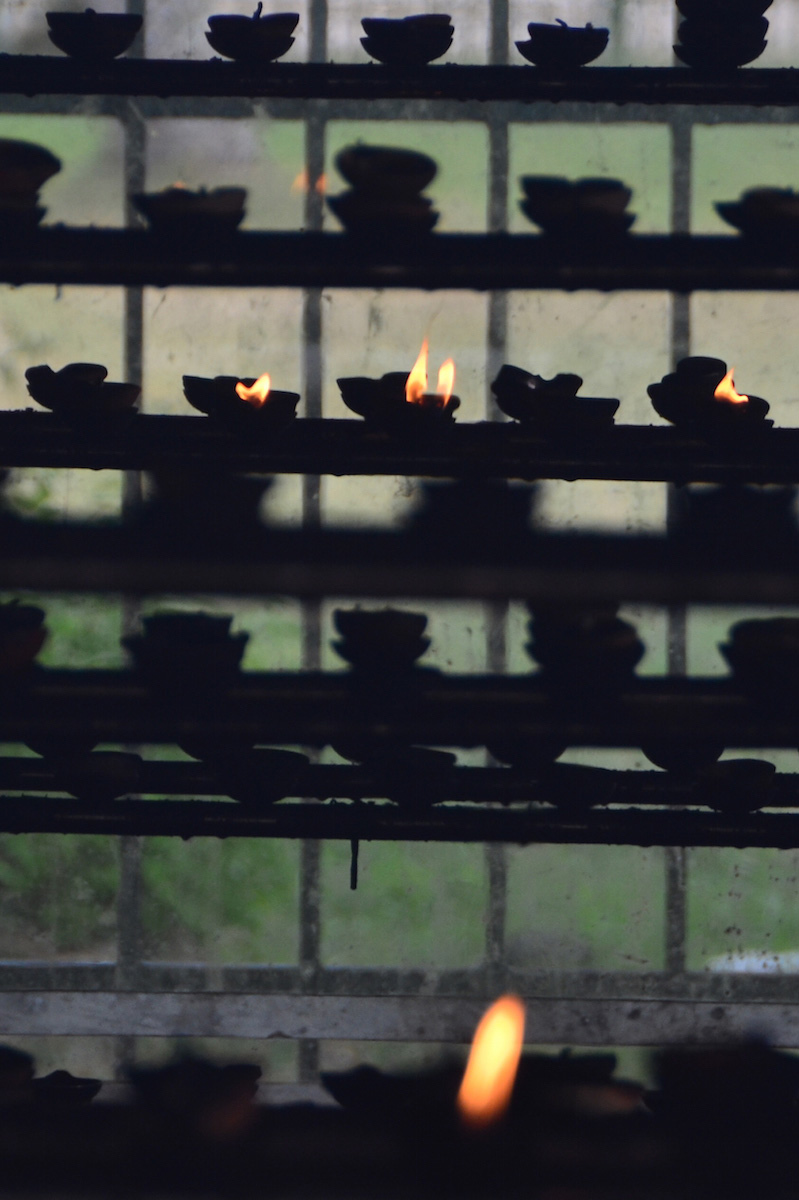 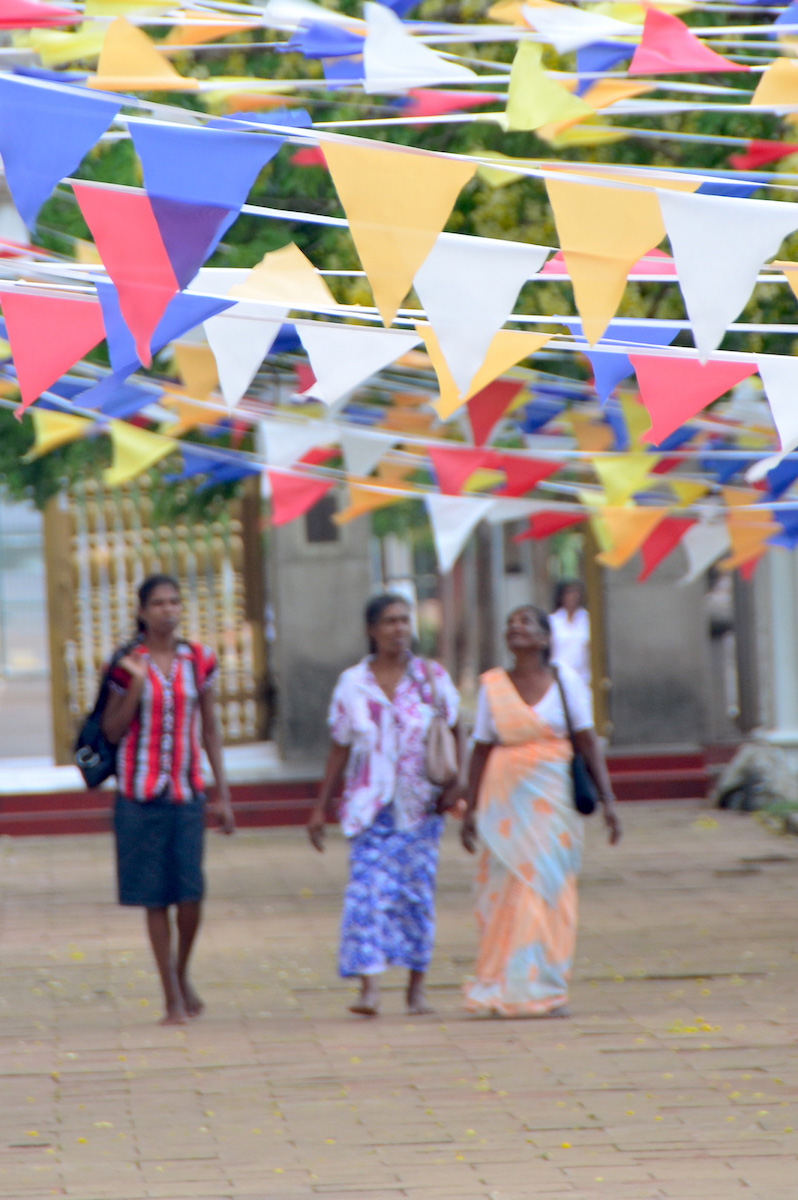 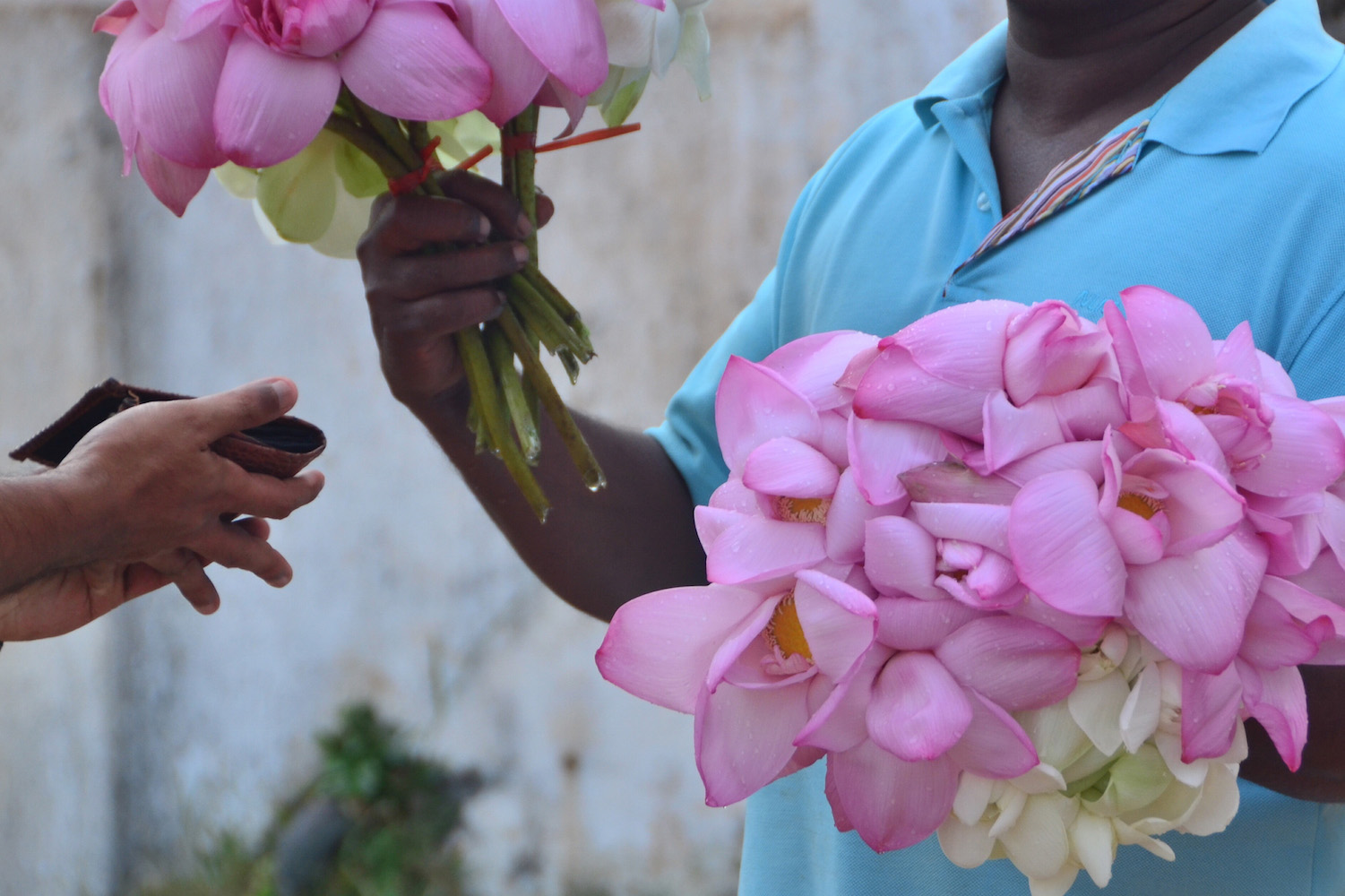 An obvious way for Sri Lankan officials could make Anuradhapura more enjoyable to foreign visitors – and all of the fellow foreigners I spoke with raised concerns similar to mine – is simply to extend the ticket to two or even three days’ validity. Allowing people to explore the attractions at a slower pace would provide more time and space for the significance of the city to set in.

Of course, this would also result in more bloggers writing rave reviews of Anuradhapura, which would result in more of their followers traveling there in hordes, which would actually be much worse than the current status quo. So, I retract my request to Sri Lanka Tourism – I’ll take a mostly-deserted hot mess of a sacred city over a tourist-infested, well put-together one any day.