I would usually be eager to go inside after hoisting Penny up the three flights of stairs to my apartment, but the evening of November 10, 2008 was different. I gently set the elderly dalmatian onto the concrete walkway, sat down on the top step and put my head in my hands.

Penny walked around the front of me and rubbed her snout underneath my chin, as if she knew exactly what had paralyzed me in the pitch darkness. Her soft, sweet grunts at once belied the finality of the conclusion I had reached and served as reassurance that it was the right one: Tomorrow would be the day.

11/11 is a date that means different things to different people. If you’re not a veteran, or don’t know someone who is, the 11th of November evokes luck, serendipity and even magic. For me, it represents the day I sat comatose and numb in a low-cost veterinary clinic, as my childhood dog took her last breath – a day that was, at the time, the worst day of my life.

As I signed the document confirming Penny’s cremation and walked, reluctantly, out of the office (were they really going to leave her there on the floor?), I knew that no deal I made with any deity could bring her back to me. So instead, I made a vow to myself, to go out into the world and make something of the love having her by my side for 15 years had bestowed upon me.

It was difficult, at the time, to imagine how I might accomplish that. And it soon became even more difficult: Less than two months later, I lost my job of two years, which came only a few weeks before a trip to India I’d already booked and paid for, and only went on as planned because I couldn’t afford to eat the fee I’d be charged if I canceled.

Well that, and the fact that I needed to go.

I didn’t fully understand this need until I approached the Taj Mahal early one morning the following March. As I entered the mausoleum, which was constructed as a monument to a Mughal emperor’s love for his late wife, thoughts of Penny swirled around me, and I began to visualize all the similar ways I might commemorate my love for her.

Although, as the spring of 2009 scorched into summer, which faded into fall and saw me fly over the Pacific to Shanghai in my life’s grandest gamble, my sadness become more distant and less paralyzing, the promise I had made to myself, and to the memory of Penny, always stayed in the front of my mind.

It stayed there in 2010, when I had saved enough money and procured enough freelance gigs to go out onto the road indefinitely; and in 2011, which I spent mostly back in Austin, where I’d said goodbye to her; and in 2012, when I set out on yet another grand journey. Even this year – and especially this year – honoring Penny, and everything she taught me, has been the driving force behind what I do.

I write this blog in the hopes that each one of you will go out into the world and carry the same sort of love I have for Penny with you; although I often fail, I do my best to embody this love in all of my interactions around the globe.

It doesn’t bring Penny back to me, but somehow, it makes me feel closer to her. 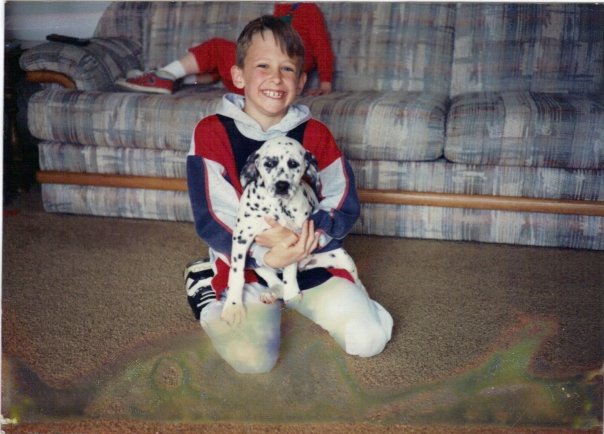