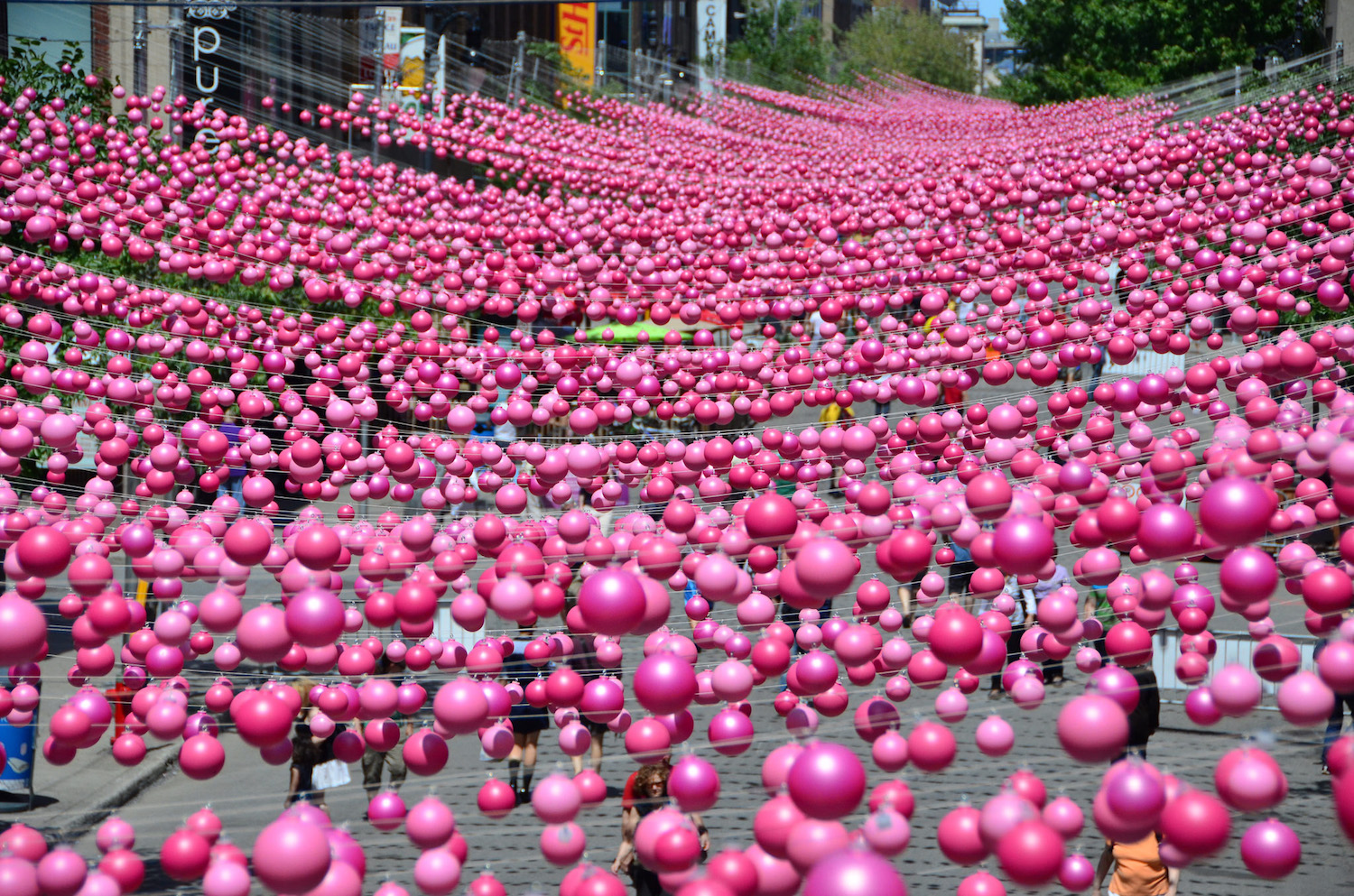 If you read this blog with any regularity, it’s not surprising that I’m in love with Montréal. Even if you subtract the high number of French-speaking men from the equation, the proximity of this clean, pleasant Canadian city to some of the world’s most stunning nature is enough to make me want to spend the rest of my life here (though just 3 days in Montreal has usually had to suffice).

Unfortunately, Canada is not the easiest place for a self-employed person like me to immigrate, so I can only stay for a few days at a time. While I can’t guarantee that you’ll fall as deeply in love with this Québecois city as I did after following my Montréal itinerary 3 days or longer, I can’t imagine you not having the time of your life.

Need help planning your Montreal itinerary? Hire me as your Travel Coach!
Contents
1  Where to Stay in Montreal
2  How to Divide Up Your 3 Days in Montreal
2.1  Day One: Landmarks and Namesakes
2.2  Day Two: Neighborhoods of Montréal
2.3  Day Three: Back in Time to Expo ’67
3  Is 3 Days in Montreal Enough?
4  Québec Beyond Montreal
5  Other FAQ About Travel to Montreal
5.1  Is Montreal expensive to visit?
5.2  Is Montreal a walkable city?
5.3  Is it rude to speak English in Montreal?
6  The Bottom Line

Where to Stay in Montréal

As is the case with most cities in North America, Montréal Airbnb is both a hipper option for visitors to the city than hotels in Montréal, as well as a more common one. If you’re an old-school millennial like me (or are simply old-school, or not a millennial at all), I suggest you check out the range of Montréal accommodation available to those of us who don’t want to sleep in someone else’s sheets—well, except maybe some of the aforementioned French-speaking men.

From simple properties like Auberge de la Place Royale, to the luxurious Hotel Bonaparte, charming lodging exists in supple quantities in Montréal, even if its prices can be high.

How to Divide Up Your 3 Days in Montreal

Day One: Landmarks and Namesakes

Montréal weather is extremely variable, so for the purposes of this article, I’m going to assume you’ve visit during the warmer parts of the year. Indeed, I’m going to recommend you explore Montréal via the Bixi bike rental system, which would not only be uncomfortable during the winter, but also rather dangerous—the roads here get icy!

Assuming you don’t simply use this as Montréal day trip itinerary (in which case I’d recommend you add some of the activities in subsequent paragraphs to flesh out your trip), I’m going to keep day one simple. First of all, ride your Bixi bike to the top of Mount Royal, which is not only Montréal’s namesake, but the landmark from which you can enjoy the best view of its ultra-modern downtown.

Of course, while Downtown Montréal (and especially, adjacent McGill University) is extremely nice, I’m not going to recommend you spend a lot of time there. Nor is my recommendation for day two simply an Old Montréal itinerary, as charming as places like the Vieux Port de Montréal and Notre Dame de Bon Secours Chapel are.

Rather, my favorite among the many things to do with 3 days in Montréal is to ride my Bixi between the city’s diverse and varied neighborhoods. From the Gay Village along Rue St. Catherine, to hipster-filled Mile End, to delicious (visually and culinarily) Chinatown, to English-speaking Westmount, the Island of Montréal is filled to the brim with interesting neighborhoods. Just thinking about them makes me want to move here! 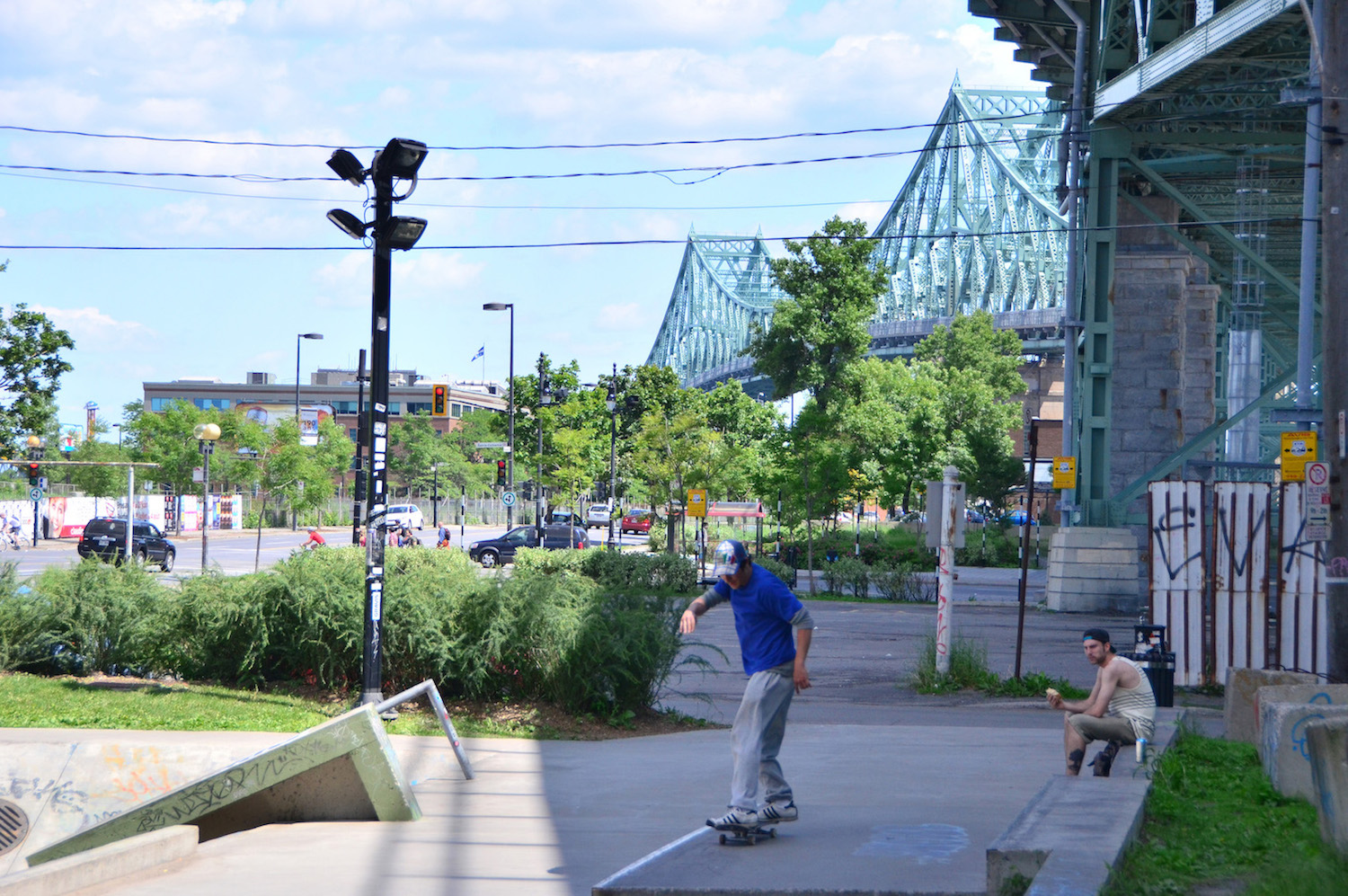 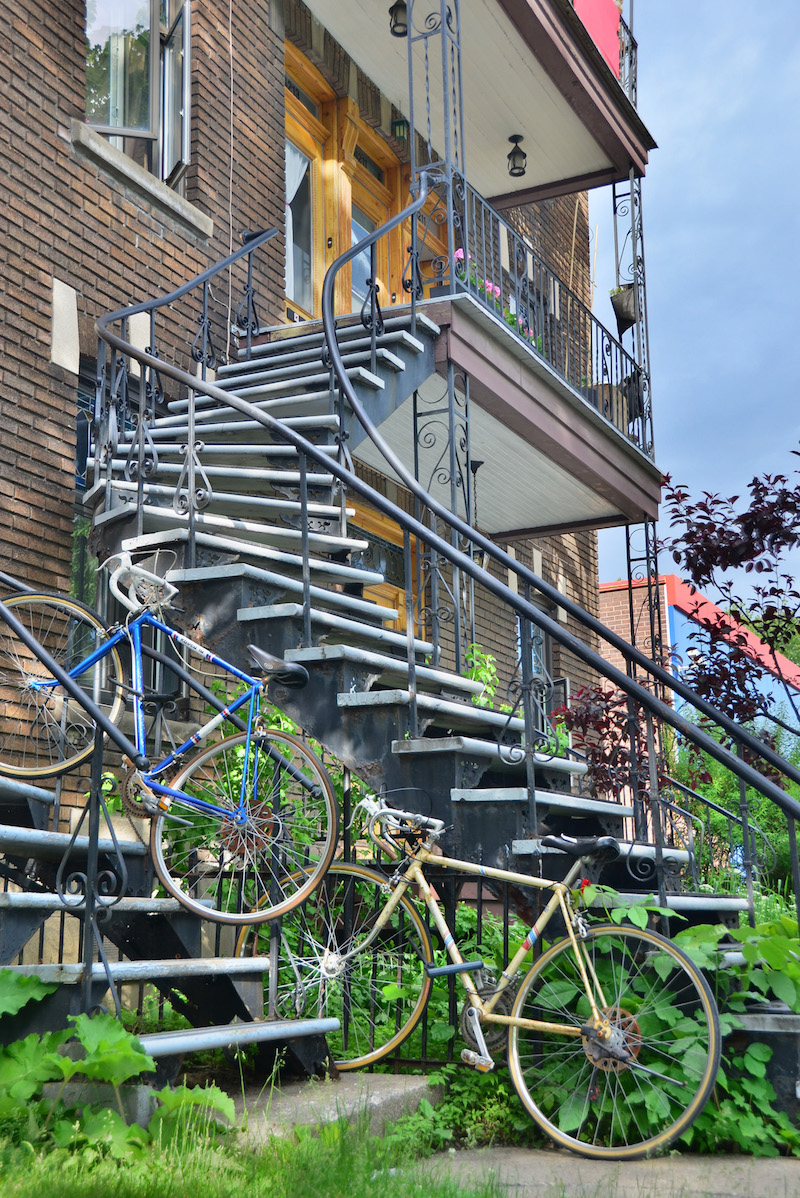 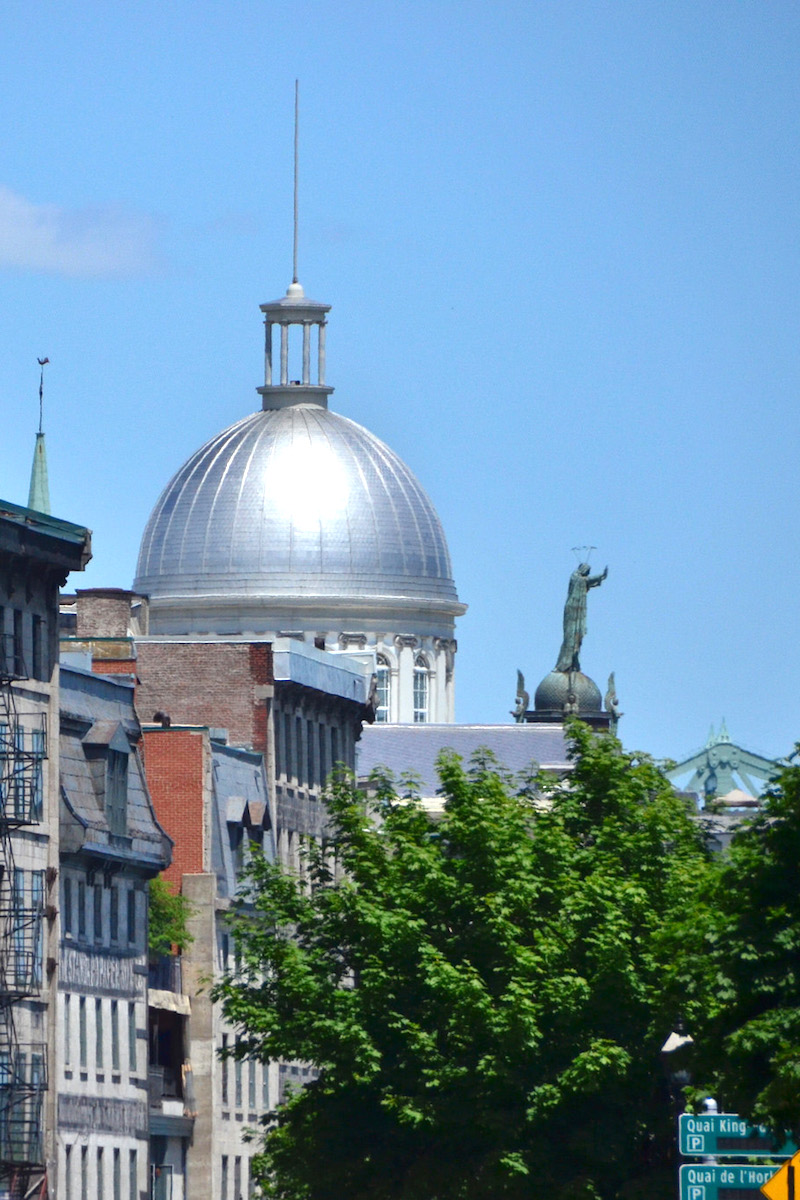 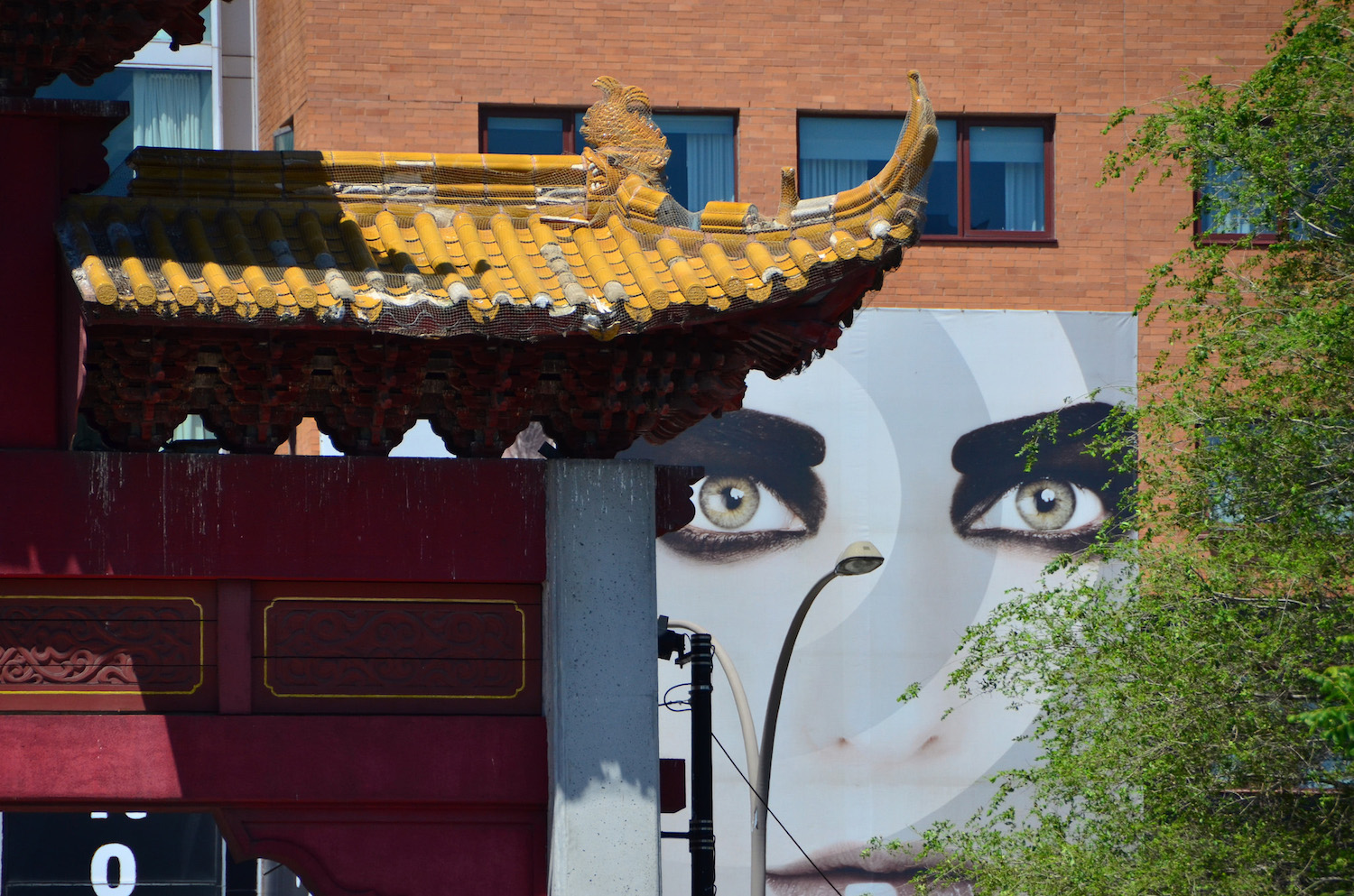 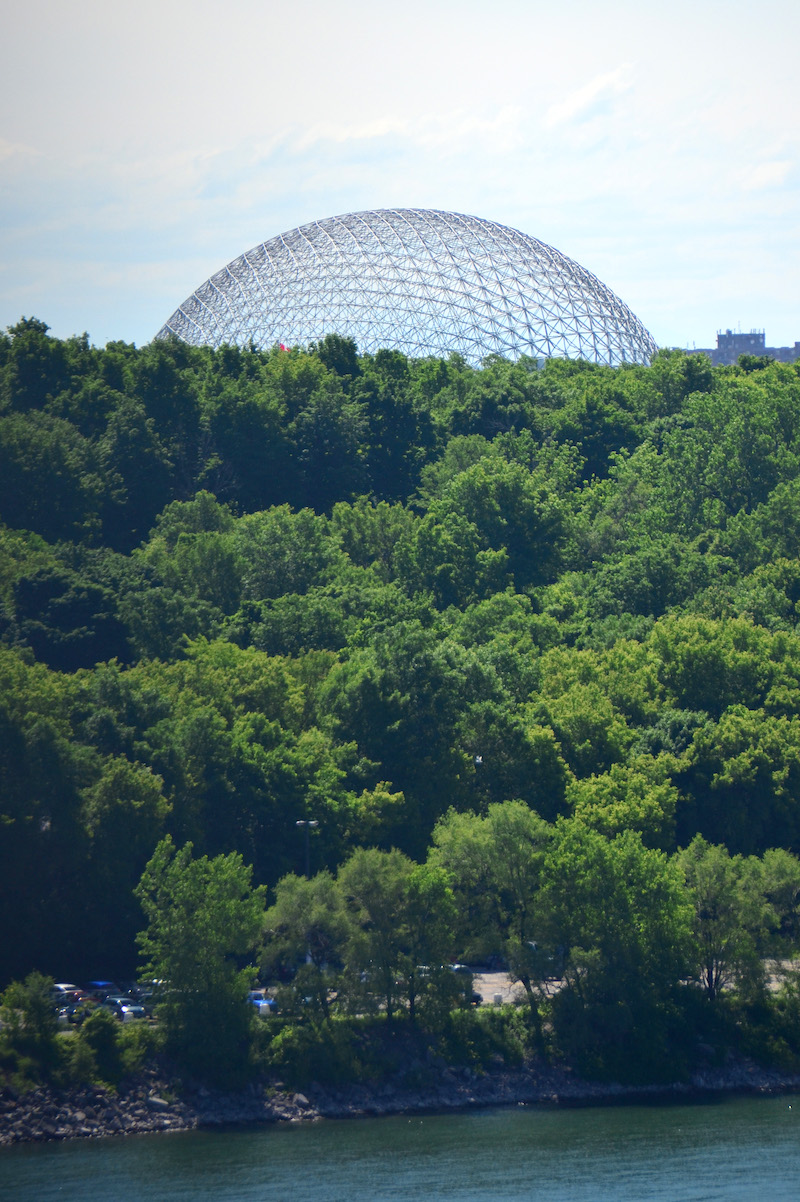 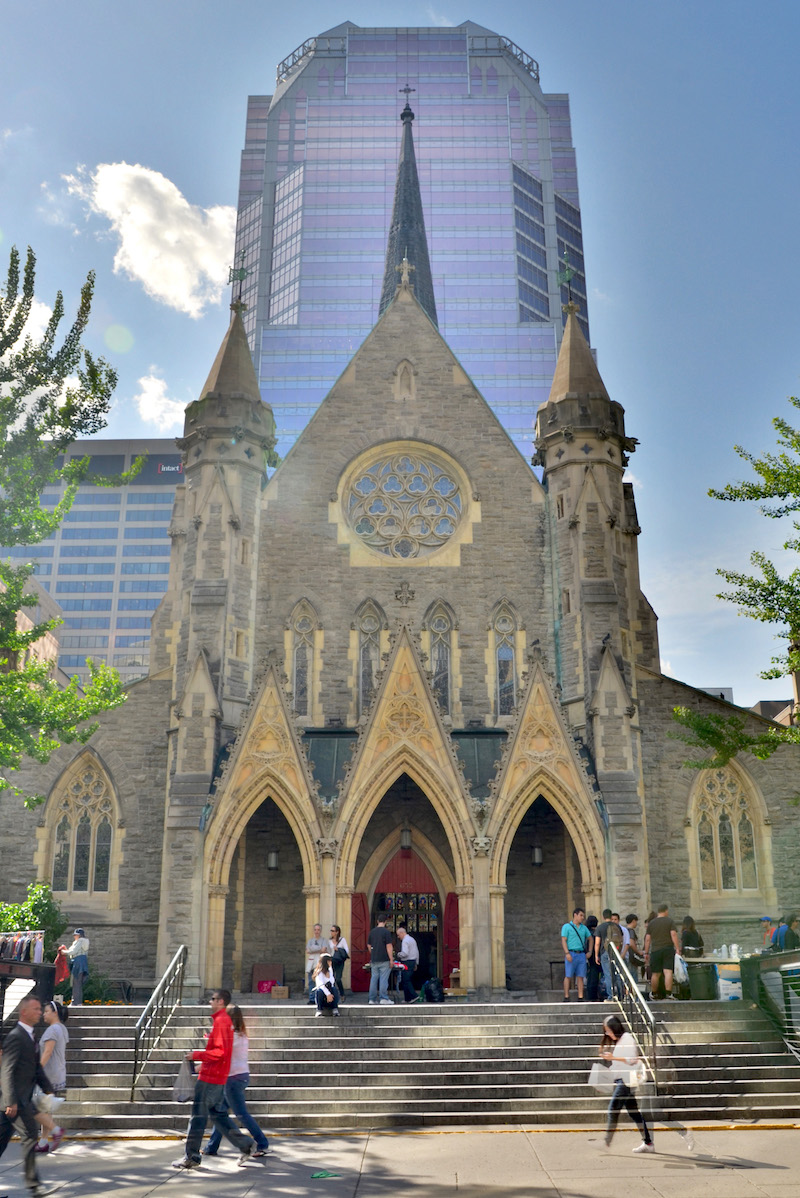 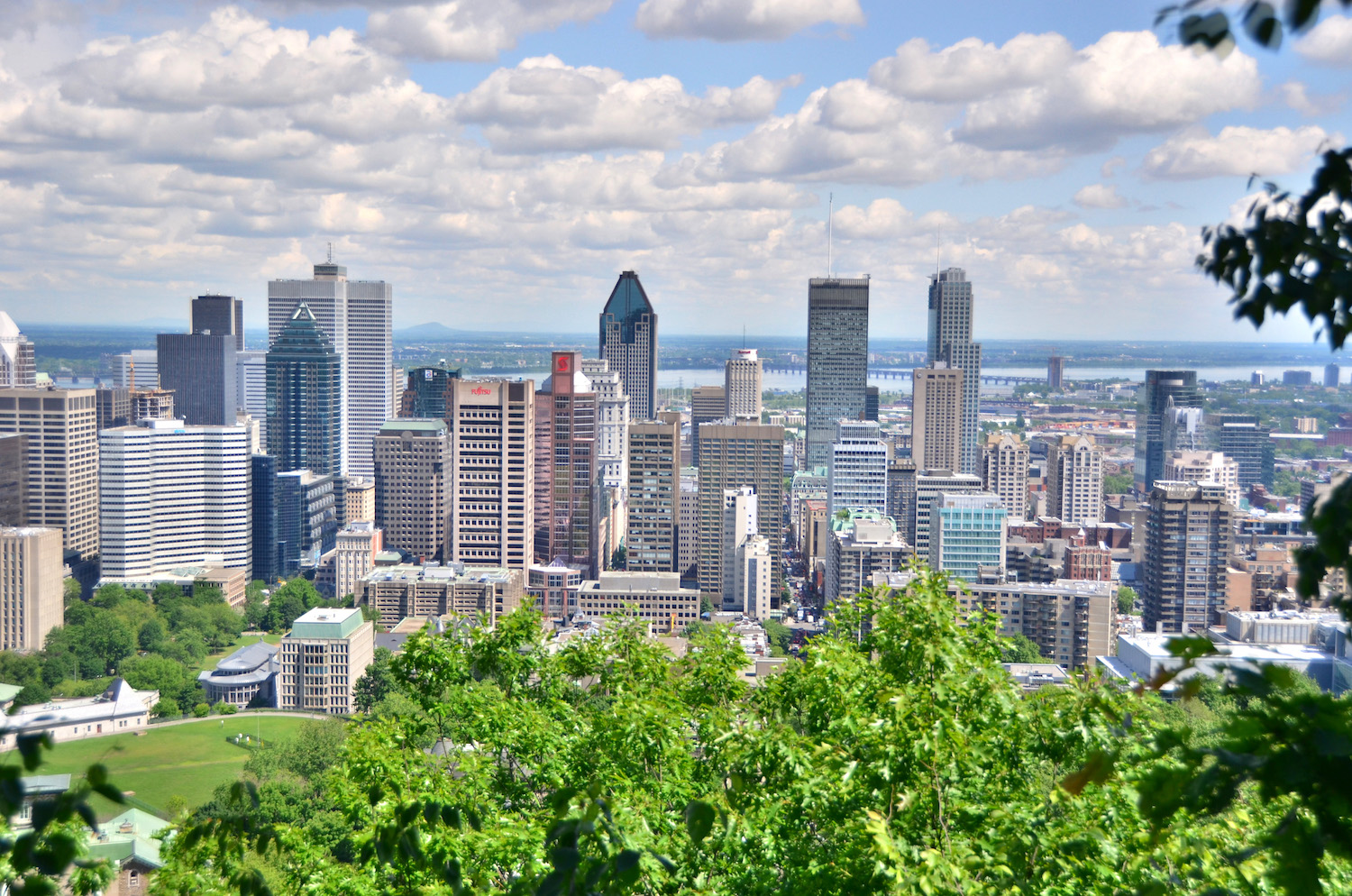 Montréal is an island in the St. Lawrence River, and while there’s enough on there to keep you busy for a week, I recommend spending your last of 3 days in Montreal taking one of my favorite Montréal day trips: Biking across the Jacques Cartier Bridge to Parc Jean Drapeau (which comprises the islands of St. Helen and Notre Dame), where you find the remnants of the 1967 World Expo, which you can read more about here.

Of course, this is not the only way you can flesh out the best Montréal itinerary. An alternative option (and an adjacent one, if you’re already planning to visit the Expo ’67 site) is to bike to the La Ronde theme park, which allows you to take in views of the city as you speed along wooden rollercoaster tracks and go upside down coasting along steel ones.

Is 3 Days in Montreal Enough?

For the vast majority of travelers planning a Montreal itinerary, 3 days is enough to get a taste. Whether you structure your trip like I did, biking between the various neighborhoods of the city (and indulging in delicacies therein), or take a more traditional trip (exploring city-center attractions for two days, then take a day trip on the third), this is a great framework for any trip.

On the other hand, there are instances where three days in Montreal is not enough. Namely, if you plan to stay in an Airbnb (or the home of a sweet-talking Francophone) and essentially “live” in the city for a while. Conversely, I can’t really imagine spending less than 3 days in Montreal, unless of course you’re returning and plan to spend more time in Quebec outside Montreal.

Regardless of how closely you follow my Montreal 3 day itinerary, there’s plenty more to see in Quebec once you get outside of Montreal. The most logical place to continue your trip to Quebec is in Quebec City, a French-colonial charmer that might just be the most beautiful city in North America, keeping in mind that Montreal is likely the most underrated.

The other main destination of Quebec is the Gaspe peninsula, which justs out into the North Atlantic and is an alluring amalgam of beautiful scenery, exhilarating hiking trails and delicious seafood. Once you take a look at the words I’ve written and the photos I’ve taken about this part of Quebec, you might shorten your trip to 2 days in Montreal and then board a plane to Gaspe!

Other FAQ About Travel to Montreal

Is Montreal expensive to visit?

Montreal can seem expensive compared to some American cities, but is much more affordable than most places in Canada. Generally speaking, the minimum amount travelers can expect to spend in Montreal is 100 USD per person, per day, or about $700 for a week in Montreal, not including flights.

Is Montreal a walkable city?

Montreal is a relatively walkable city, but I think it’s better to bike, particularly in the summer. The Bixi system is one of the world’s highest-rated and most used urban bike share systems—I strongly recommend you avail it to explore Montreal!

Is it rude to speak English in Montreal?

Whether you came here seeking Montreal travel advice or a complete itinerary, I hope my post has been a big help. No matter how you structure your trip, the central motif of Montréal is contrast: English vs. French; old vs. new; quirky vs. quotidian. Even better, 3 days in Montréal is equally delightful, whether as a standalone weekend trip from the US or Canada, or an introduction to destinations farther afield in Québec. Still feeling flummoxed? Hire me as your Travel Coach—and let me sweat the details!