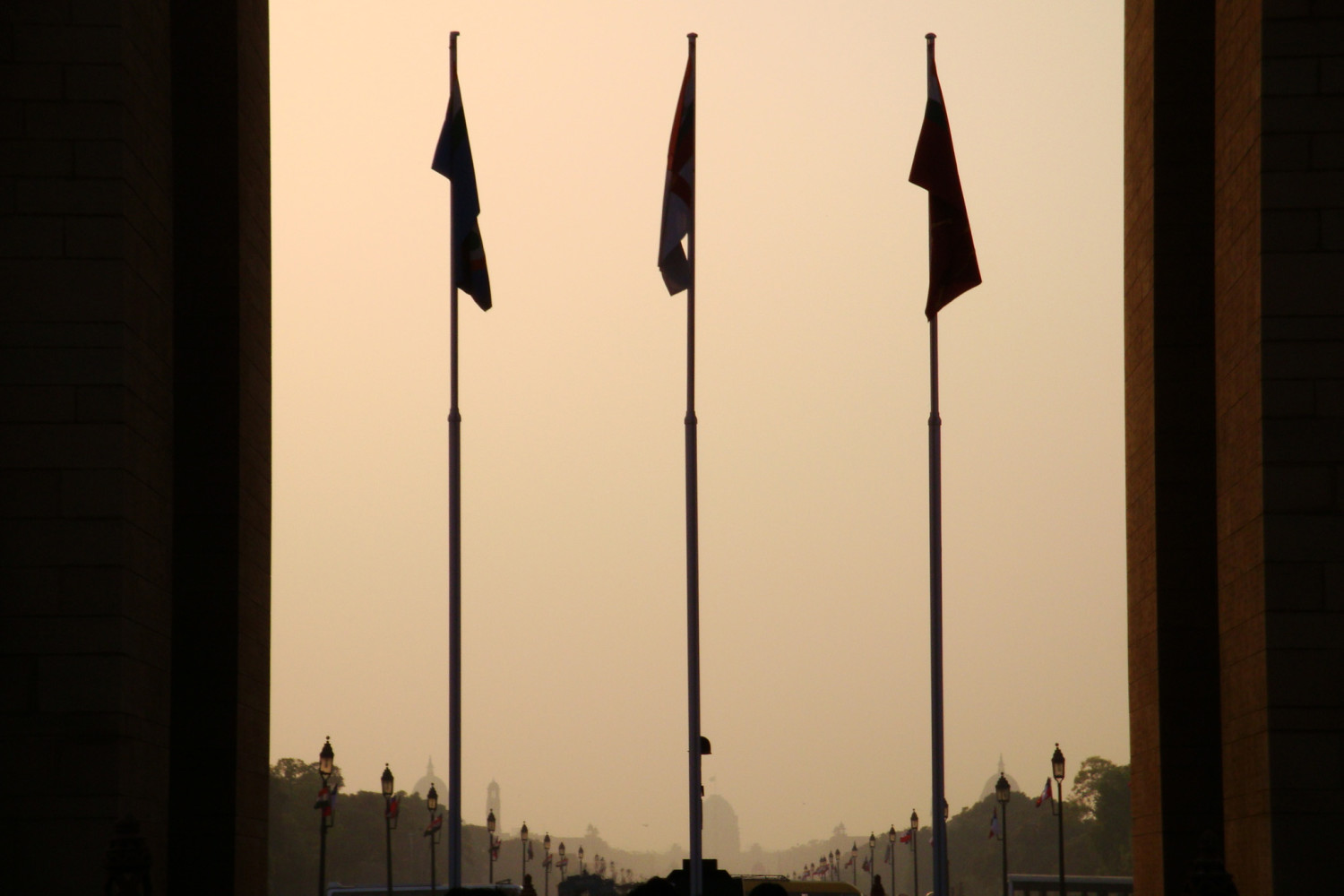 When I landed at Delhi’s Indira Gandhi International Airport, inbound from the coastal state of Goa, it was with the express intent of taking a taxi to the city’s railway station and boarding the next train to Agra, home of the Taj Mahal. Unfortunately, a street hustler posing as a railway employee convinced my friend Dora and I that our train had been cancelled, scammed us into taking a private car to and from Agra and in the process, effectively deleted an entire day from our already-cramped India itinerary. 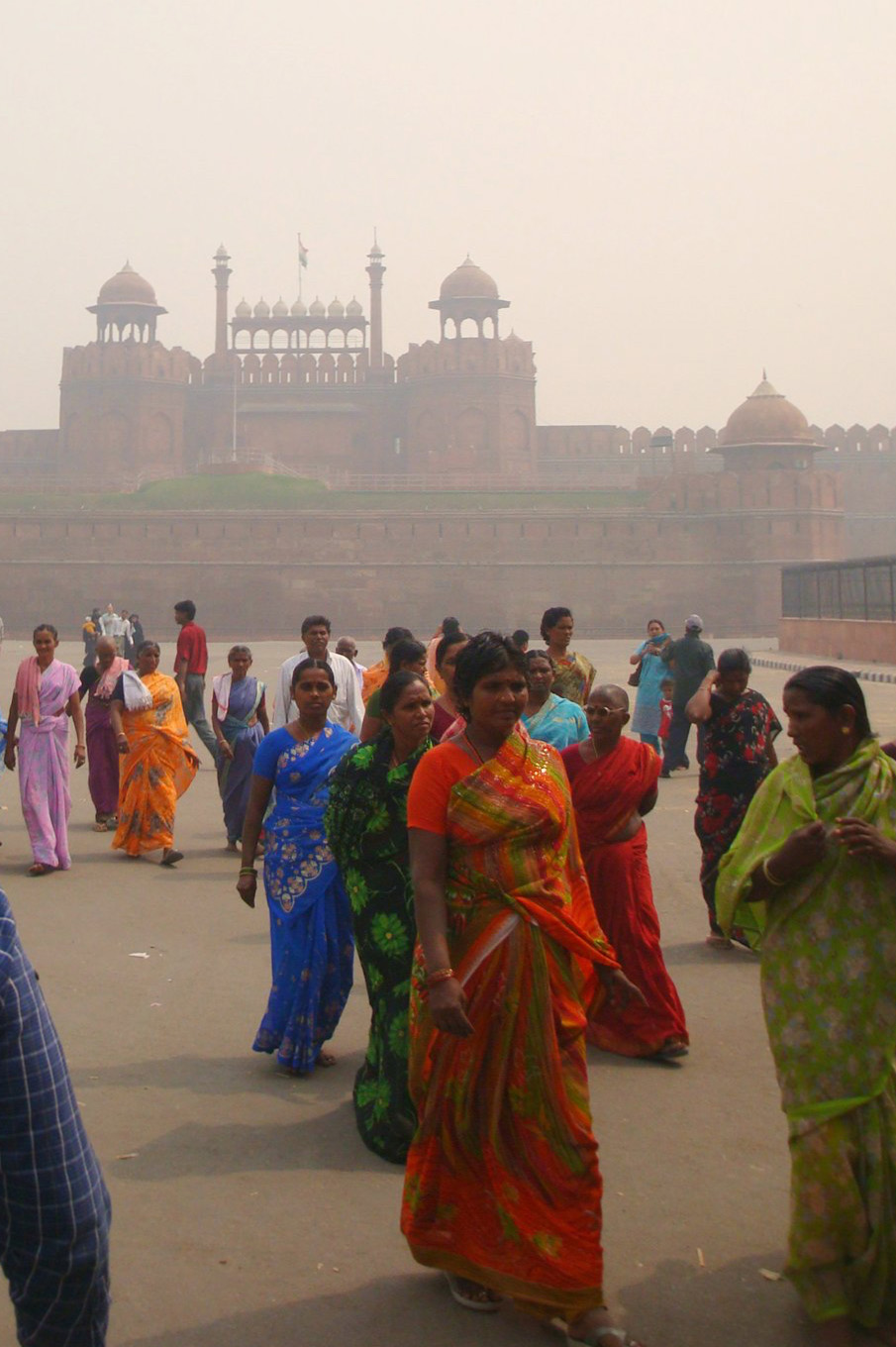 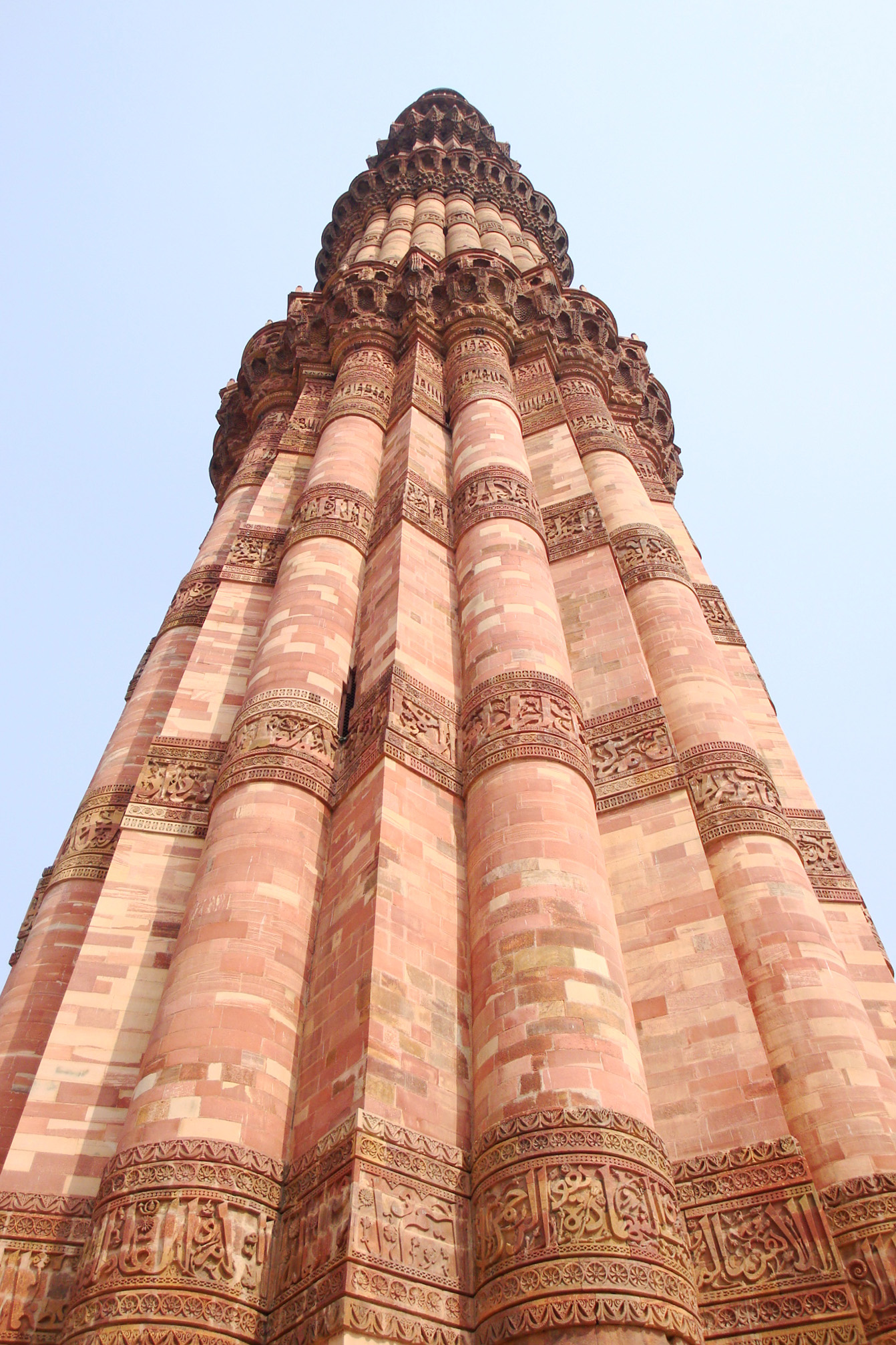 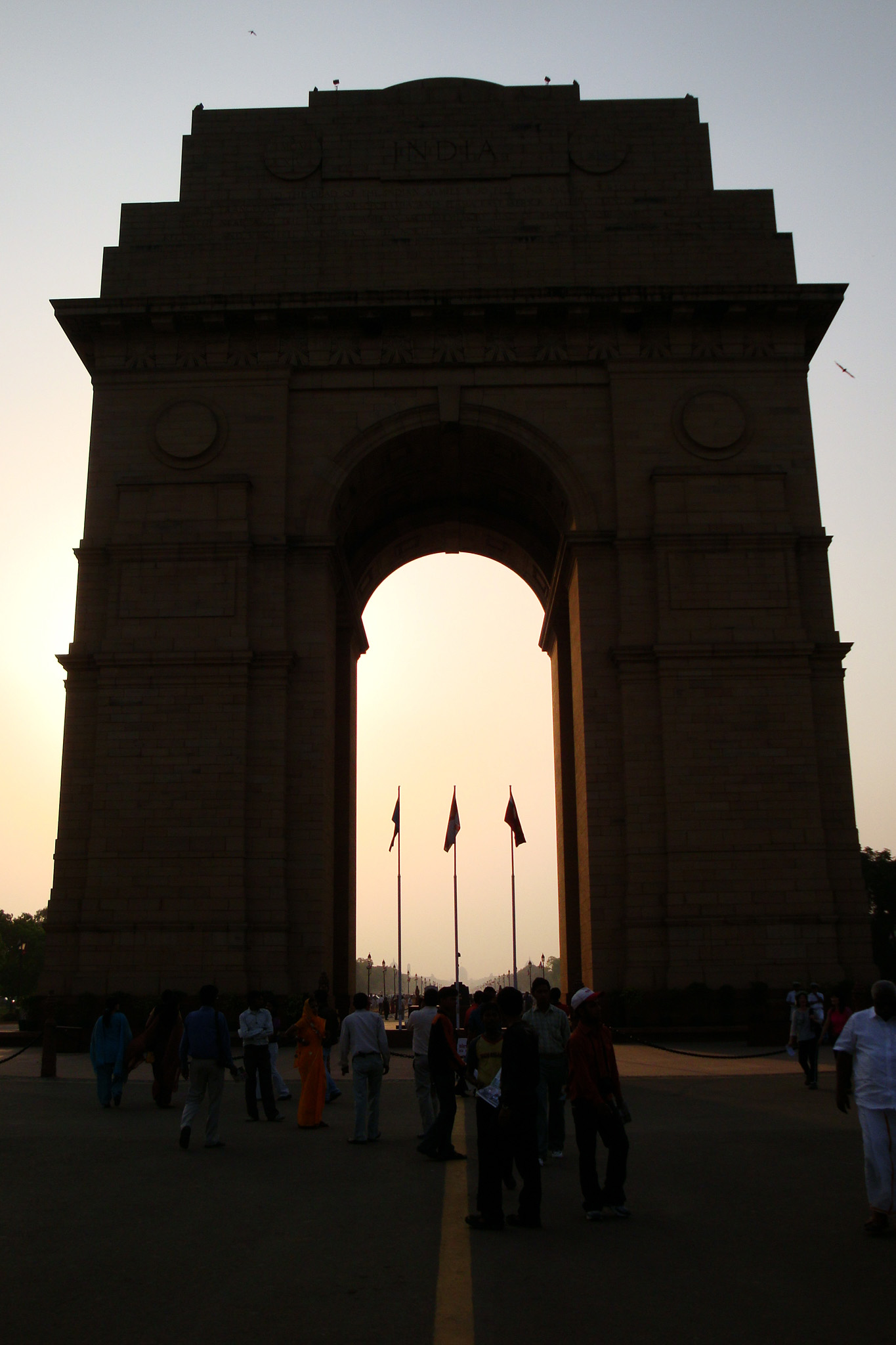 Although we were stressed out at the prospect of having only a single day to do all our new Delhi sightseeing, I’m happy to report that even a time constraint this severe won’t impede you from enjoying yourself in the Indian capital. If you’re efficient and move quickly, you just need one day in Delhi enjoy the city’s best-known tourist attractions. Here’s an idea of things to do in Delhi in a day.

Here are the best things to do in Delhi, whether you have a day or a week in the city. Beyond New Delhi tourist places, you can also take a day trip to the Taj Mahal:

Spending longer in India? Make sure to check out my itinerary for one month in India for my insight and inspiration. If you don’t have a lot of time after this Delhi sightseeing itinerary, on the other hand, head down to the relaxing states of Goa or Kerala.

What to See During Your Day in Delhi 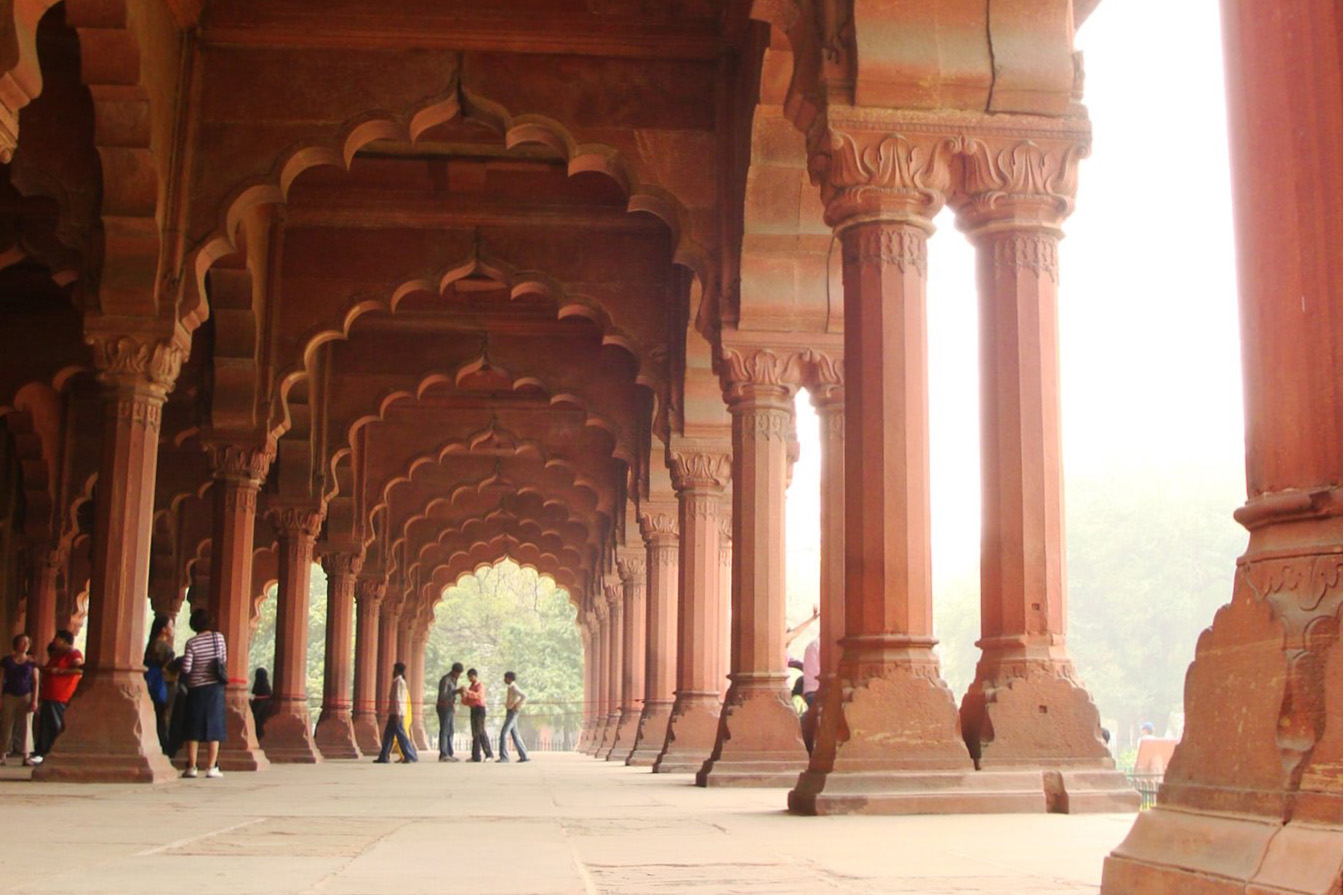 Built as a home for the Mughal Emperors and later, for the British occupiers that overthrew them, Delhi’s Red Fort surrounds a massive complex of architecture that combines 17th-century Indian architecture with Persian and Muslim influences. Your driver will probably schedule you to visit the Red Fort first, as mid-to-late-day smog can obscure the grandeur and trademark rusty color of this top entrant among Delhi attractions. 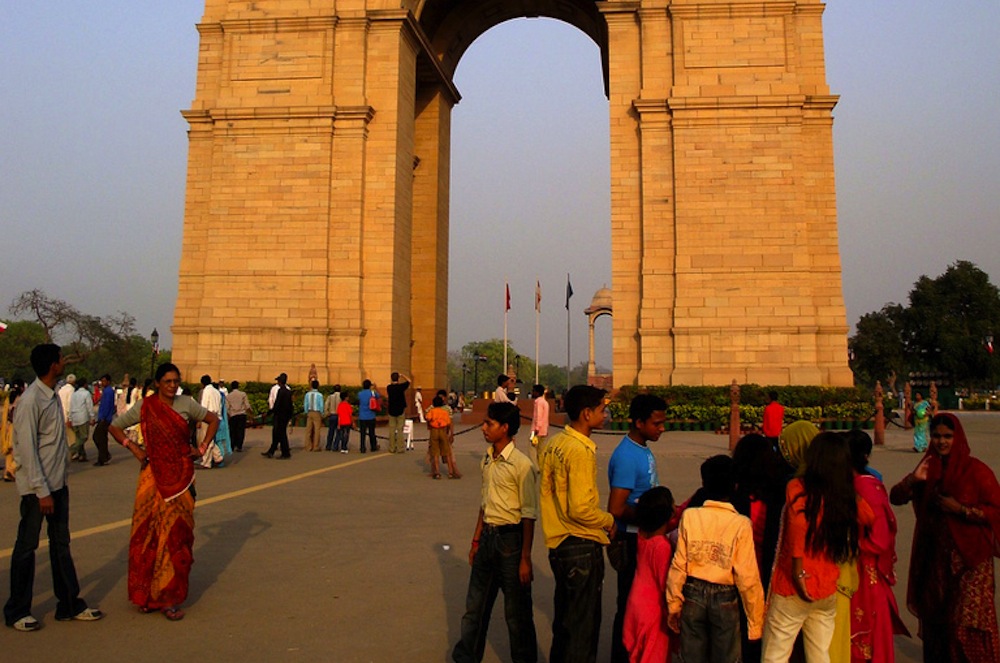 India’s answer to the Washington Monument or Tian’anmen Square, this grand archway was erected in 1947 to commemorate the new country’s independence from Britain. Constructed so as to provide a view of the (extremely distant) Indian parliament in the background, Delhi’s gate is the anchor of what is perhaps the grandest national capital complex I’ve seen thus far, and one of my favorite tourist spots in Delhi. 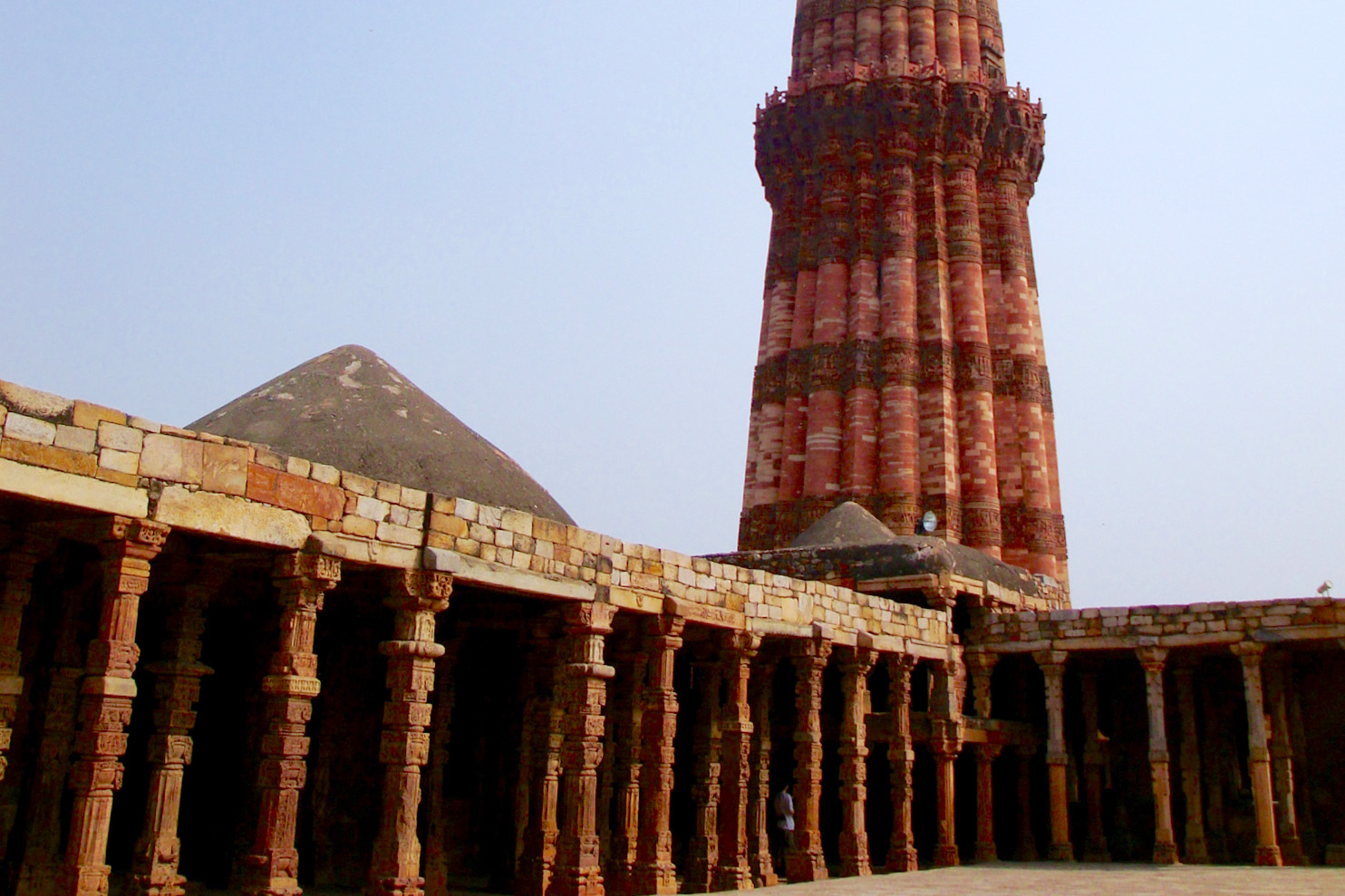 Historically, Delhi lies in the domain of the Muslim Mughal Emperors of yesteryear, many of whom conquered people of existing faiths to ensure the spread of Islam. The construction of the Qutb Minar took this concept one step further. In 1193 Qutb-ud-din Aibak, the first Muslim ruler of Delhi, ordered the destruction of a Jain temple and built the Qutb Minar, still the world’s tallest brick minaret, out of its remains. Among what to do in Delhi, Qutb Minar has one of the most fascinating stories. 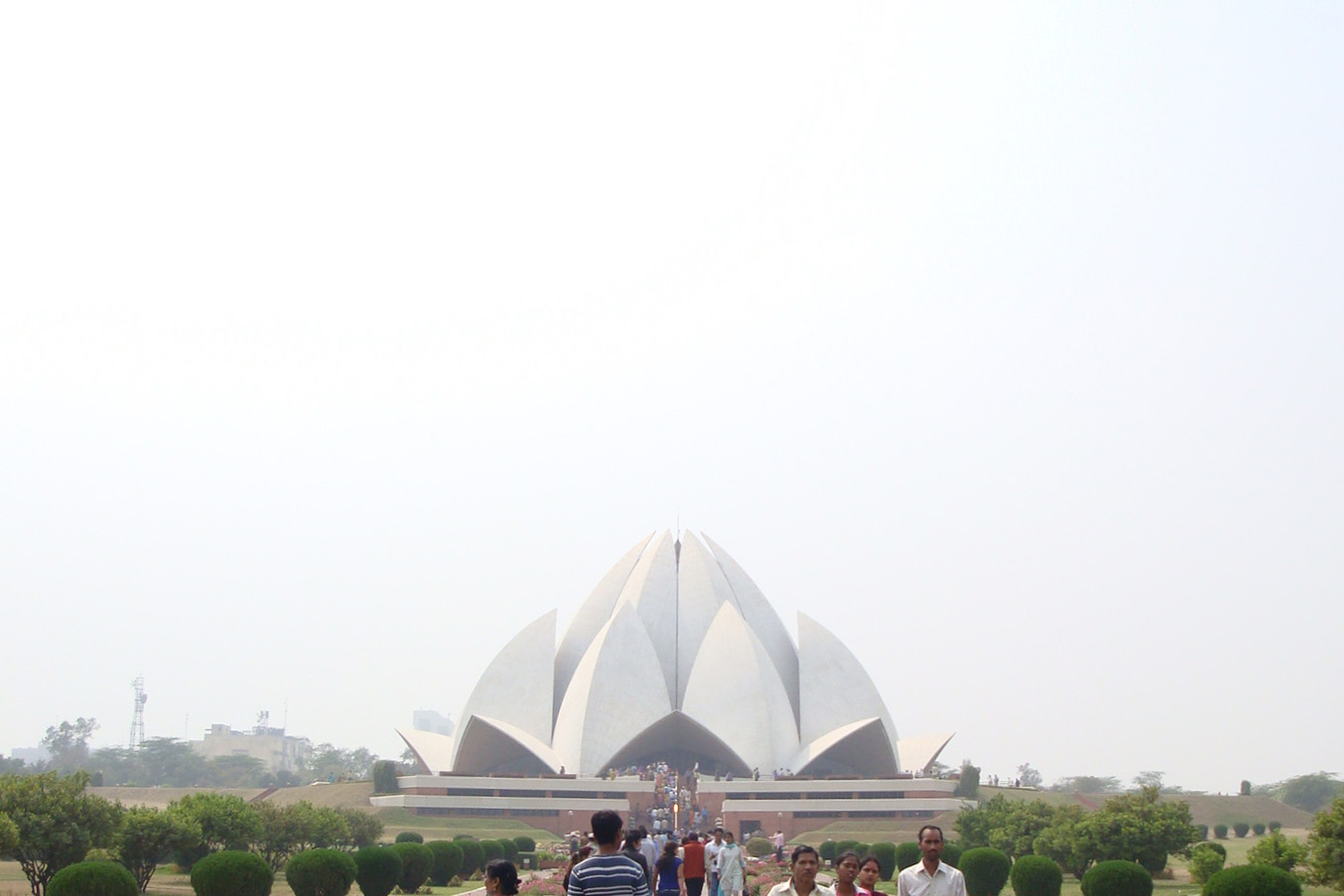 When you pull up to the Lotus Temple, any ambiguities you have as to how it got its nickname should melt away. Located in South Delhi, the flower-looking house of worship serves members of the Bahá’í faith. Although the temple is open to the public—indeed, it’s one of the best known Delhi tourist attractions—use common courtesy (don’t take pictures or talk, for example) while inside, as services are likely taking place. This is one of my favorite Delhi travel places, without a doubt! 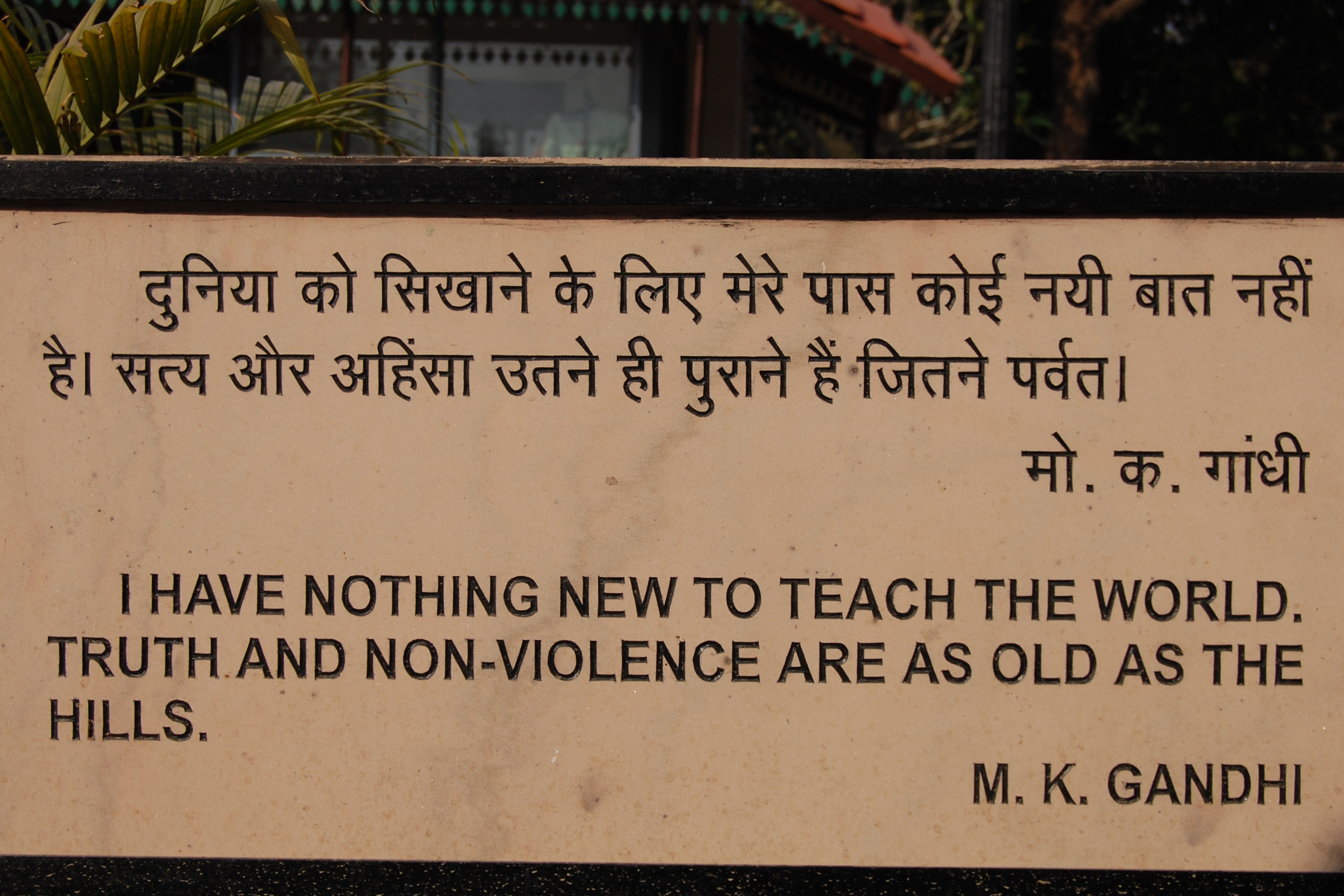 Prior to India’s having declared independence from the British Empire, Mohandas Gandhi went on hunger strike in his home in New Delhi to stand in solidarity with ordinary citizens who were doing the same. As you might already know, a lone gunmen who supported the opposition shot Gandhi when he was walking out to his garden one day. The site of the assassination is now a museum known as the Birla House. It’s arguably less popular than the Gandhi Tomb, which you’ll also probably visit on your Delhi tour, but definitely worth a visit.

Find a hotel and stay the night

Although Dehli is home to its fair share of legitimately expensive hotels, it remains a relatively cheap city for Westerners, even if many Indians find it pricey. Two of my favorite hotels in New Delhi are Ananda Bed & Breakfast and Haveli Hauz Khas.

(Or continue onward to Agra)

Presuming you have at least one more day to spend in India after your day in Delhi, you can take an Agra day tour from Delhi. As I mentioned earlier in this post, however, it’s easy to get scammed, so use diligence when entering New Delhi station for your train to Agra, and avoid interacting with guides or drivers you don’t personally solicit once you actually arriving in Agra. Otherwise, your short trips from Delhi could become long very fast!

Why to Hire a Taxi for Your Day in Delhi

If you read this blog with any frequency, you know that I am a strong advocate of not taking taxis in the vast majority of cases. Although the recently-opened Delhi Metro offers visitors a rapid transportation option that wasn’t available when I visited, hiring a knowledgeable driver for the entire day in Delhi saves you the complicated logistical handiwork that would make such quick sightseeing too stressful to properly enjoy otherwise.

If he’s at all worth his salt, your driver will plan out a suitable Delhi sightseeing itinerary for you. It’s your responsibility, however, to tell him where you want to go. In order to make sure he’s able to fit everything in—and in a sequence that won’t subject you to unnecessary traffic delays—tell him that you’ve decided what to see in Delhi in advance of leaving the hotel, and show him the contents of this post.

Meals, Shopping and Tipping Your Driver

After you see the first couple attractions of the day, your driver will take you to lunch, likely at a restaurant whose owners he knows. Try not to get too bent out of shape about this. Shopping in Delhi, on the other hand, is an unnecessary distraction for travelers with time constraints. Most places even the most reputable driver takes you to shop sell complete crap.

If your driver fulfills your itinerary in a timely manner and heeds all requests you make with regard to dining, shopping and the overall pace of your Delhi travel, give him a tip at the end of the day. How much you leave is up to you, but a minimum of Rs. 100 per person (an average day’s wage in India) will send the message that he’s doing good work and should keep it up. Delhi isn’t an easy city to explore quickly, but seeing Delhi in a day isn’t impossible.

Other FAQ About Your Day in Delhi

How many days are enough for Delhi?

On one hand, you could easily explore Delhi for 4-5 days and still not see everything. On the other hand, you may tire of the pollution and traffic after just 2-3, so this may be all you can handle. I’d recommend starting with a couple of nights in Delhi and seeing how you feel after that.

Is 2 days enough for Delhi?

Two days is enough to see key Delhi attractions like the India Gate, Red Fort and Qutb Minar, although it’s definitely not enough time to “see everything” in Delhi. With this being said, taking a relatively short trip to Delhi is probably better for your nerves than a longer one.

Is 3 days enough for Delhi?

With three days in Delhi, you can see all the city’s core attractions, plus visit the unique Lotus Temple to the south of town, and perhaps even take a day trip to the Taj Mahal. Keep in mind that if you take this latter advice, you will need to be hyper-vigilant for scammers at the train station.

Although this compact Delhi itinerary is most ideal for short trips (such as a one day trip in Delhi), you can apply my recommendations to visits of any length. From top New Delhi sightseeing attractions like the Red Fort, to the quirky Lotus Temple and emotional Birla House (where Gandhi was assassinated), to an optional Taj Mahal day trip from Delhi, I think you’ll agree with me once your trip is through: Delhi can be delightful, after all. Want to make sure your time in Delhi is unforgettable? Consider hiring me as your Travel Coach!