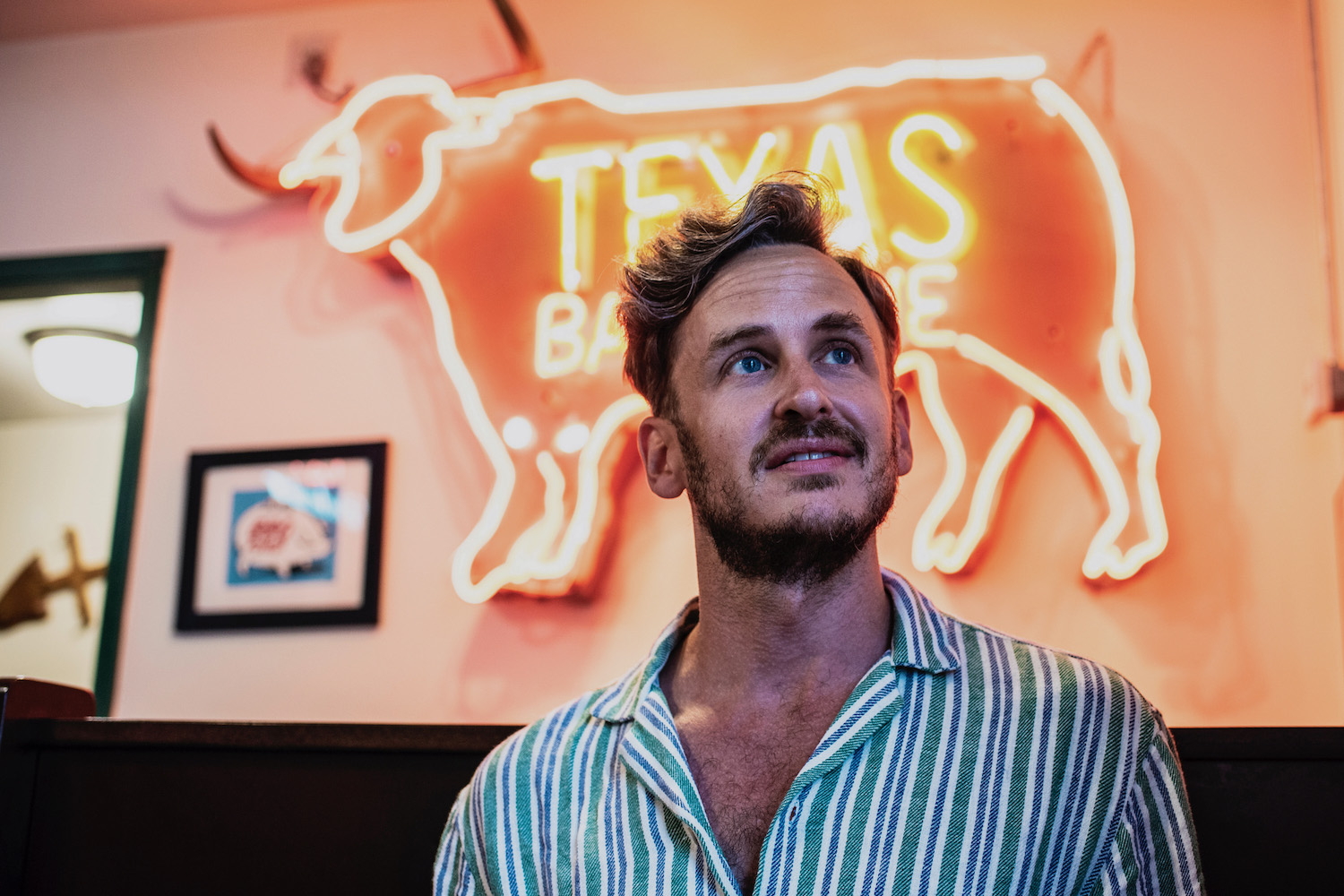 Is Austin worth visiting? This is a complicated topic—especially for me: I lived in the Texas capital for over a decade, including during the period you might describe as its “glory days.” Those days, as many former and/or longtime Austin residents will concur, have long since passed.

Which is not to say the present incarnation of Austin is awful, even if it’s dramatically different from the city I moved to in 2006 or indeed the one I left behind in 2017. My heart always skips a beat whenever my plane is landing at Bergstrom Airport, as years of my life—some of the best years of my life—flash in front of my face. Sometimes, I even wonder if I could live there again.

The answer to that question, at least as recently as August of 2022, is “no,” for reasons I’ll go into in just a few paragraphs. In spite of this, I do think you should see Austin with your own eyes, so long as you keep those reasons in mind as you explore.

Need help planning your trip to Austin (or somewhere else)? Hire me as your Travel Coach!
Contents
1  Austin Made Me Who I Am
2  5 Reasons Austin is Overrated
2.1  It’s overpriced
2.2  It’s overcrowded
2.3  It’s not all that “weird” anymore
2.4  It left the people who made it behind
2.5  It believes its own hype
3  How Many Days Do You Need in Austin?
4  Other FAQ About Visiting Austin
4.1  What is so special about Austin, TX?
4.2  What should you not miss in Austin?
4.3  Is Austin, TX worth a visit?
5  The Bottom Line

Austin Made Me Who I Am

I remain adamant that Austin is worth visiting, in spite of my criticisms about what the city has become. When I arrived in the city with a dog and a dream a few days after graduating college in 2006, I was the definition of a blank slate. And Austin, as eclectic and open-minded and non-judgmental as it was back then, quickly began streaking me with paint. I made friends with people from all different walks of life, and their authenticity pushed me to become a person who never would’ve come to be, had it not been for those specific conditions.

Indeed the Austin of today, where the average one-bedroom costs over $2,000 per month instead of under $500, would never allow the cast of characters who mentored man-child me into a man, to converge upon a lakefront apartment complex that has long since been demolished. I lament this fact; no 21-year old as broke (or broken) as me would be able to make it in the Texas capital in 2022. This is a tragedy, no doubt, although not everything about 2020s-era Austin is bad news.

Austin was one of America’s most affordable cities when I moved there over 15 years ago—now it’s one of the most expensive. Even if you don’t move there—and you probably won’t, given that a one-bedroom apartment will now cost you over two grand per month—you can expect to pay at least a couple hundred dollars per night for a hotel or Airbnb, not including the exorbitant 17% city. This is to say nothing of how expensive dining and nightlife have become, or how much you may have to pay for Austin’s increasingly limited parking.

Austin is expensive because of simple supply and demand: Everyone wants to be there, so you’re going to pay if you want to be there, too. Unfortunately, the city’s infrastructure was built for 200,000 residents instead of the 2 million that now reside within its city limits; driving in Austin is plagued by delays, especially if you don’t know about all the detours locals do. Speaking of “City Limits,” I wouldn’t say that Austin is worth visiting during the ACL or SXSW festivals, unless you’re there for work or book far enough in advance that doing so doesn’t set you back several grand.

It’s not all that “weird” anymore

When I moved to Austin in 2006, I lived among a cast of characters so eclectic it now seems almost impossible. My neighbors were musicians, teachers, day laborers, strippers, lawyers, customer service professionals, academics and people simply leeching off the government. And I lived basically downtown! While “weird” people still call some parts of Austin home, the reality is that the city center is becoming more and more homogenous, as my former friends who’ve been grandfathered in are increasingly being forced out to the suburbs and exurbs. “Keep Austin Weird” went from being a mantra, to being a plea, to now being a saying so nostalgic it’s almost cruel.

It left the people who made it behind

While I definitely still think that Austin is worth visiting, you should do so mindfully. Many of the musicians who entertain you and the waitstaff who serve you can no longer afford to live in the city center, and some are on the verge of giving up on the Texas Capital entirely, since city leaders have such apparent contempt for their years’ (and, in some cases, decades’)-long contribution to Austin’s identity. This is personal for me: Every time I go back to visit, fewer and fewer of the friends I go back to see still even live in Austin. Every street in the city still elicits an emotion in me, but with a smaller percentage of the people who made the city home for me—the people who made me—it feels hollower and hollower with each visit.

It believes its own hype

Austin remains an amazing city, and perhaps the shining example of what early 21st-century America can become. In spite of this, it’s not a utopia, and is undergoing growing pains that needed to be addressed years ago. To hear Austin’s most privileged denizens tell it, however, the city is without fault, and will only get better over time, even without ay attention paid to the many issues that plague it. This saddens me because it’s been true for so many years; if Austin’s leadership had listened to the concerns of residents being negatively impacted by its growth when I first moved there (or even when I left), perhaps I (and the colorful, creative former residents who made me who I am) would still be able to afford living there. 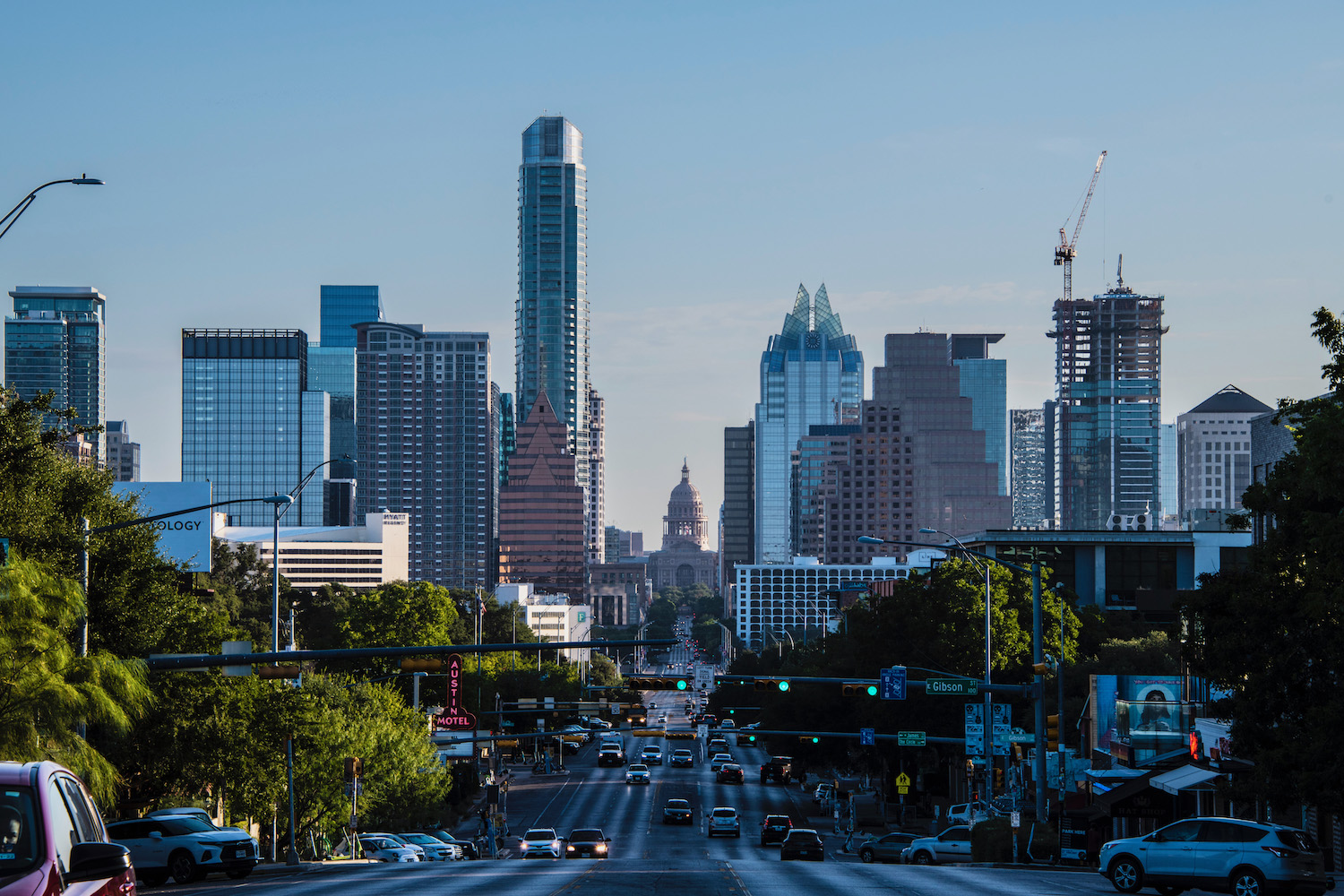 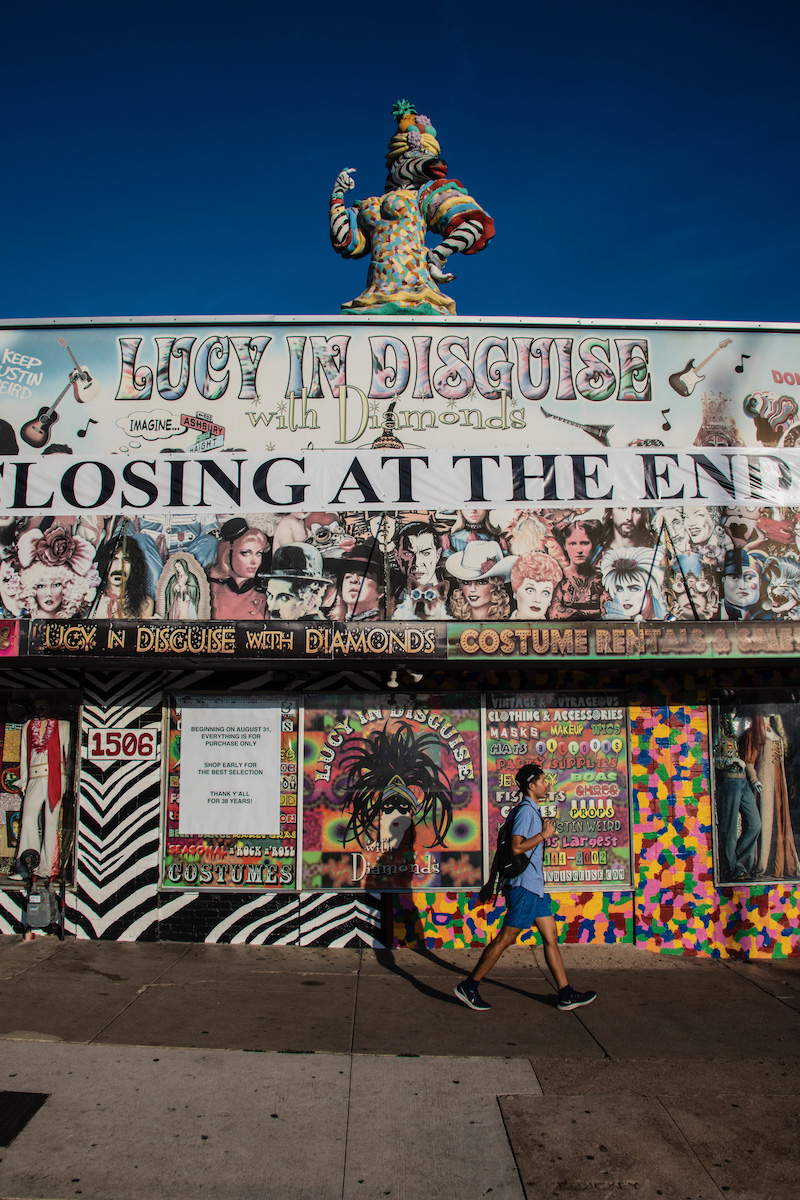 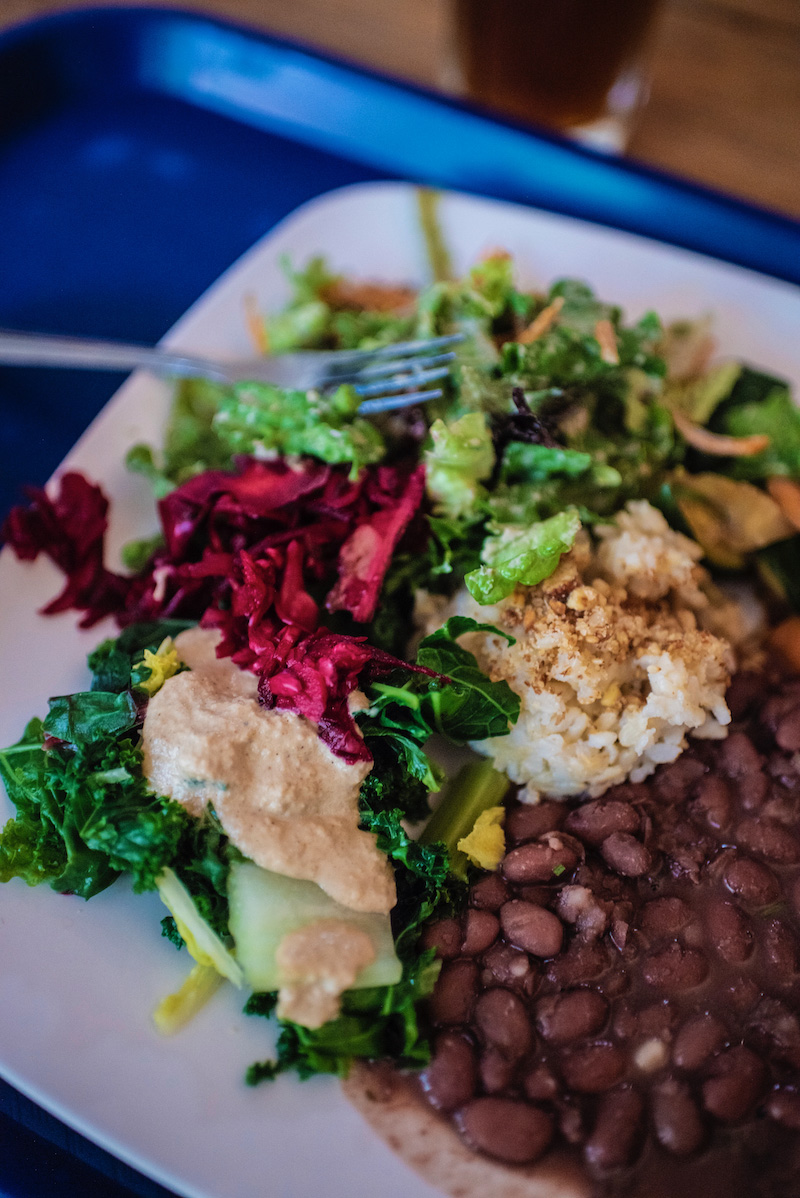 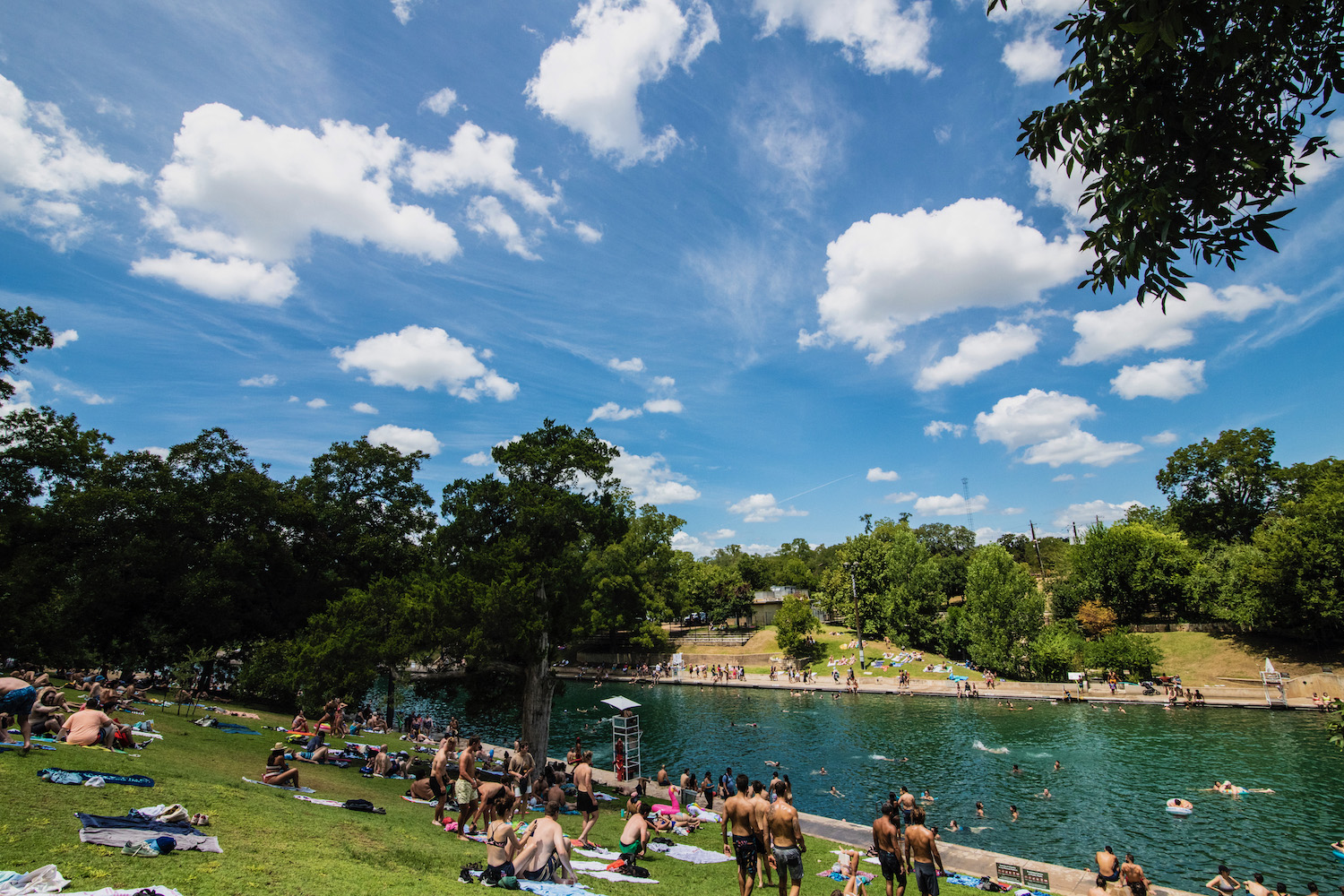 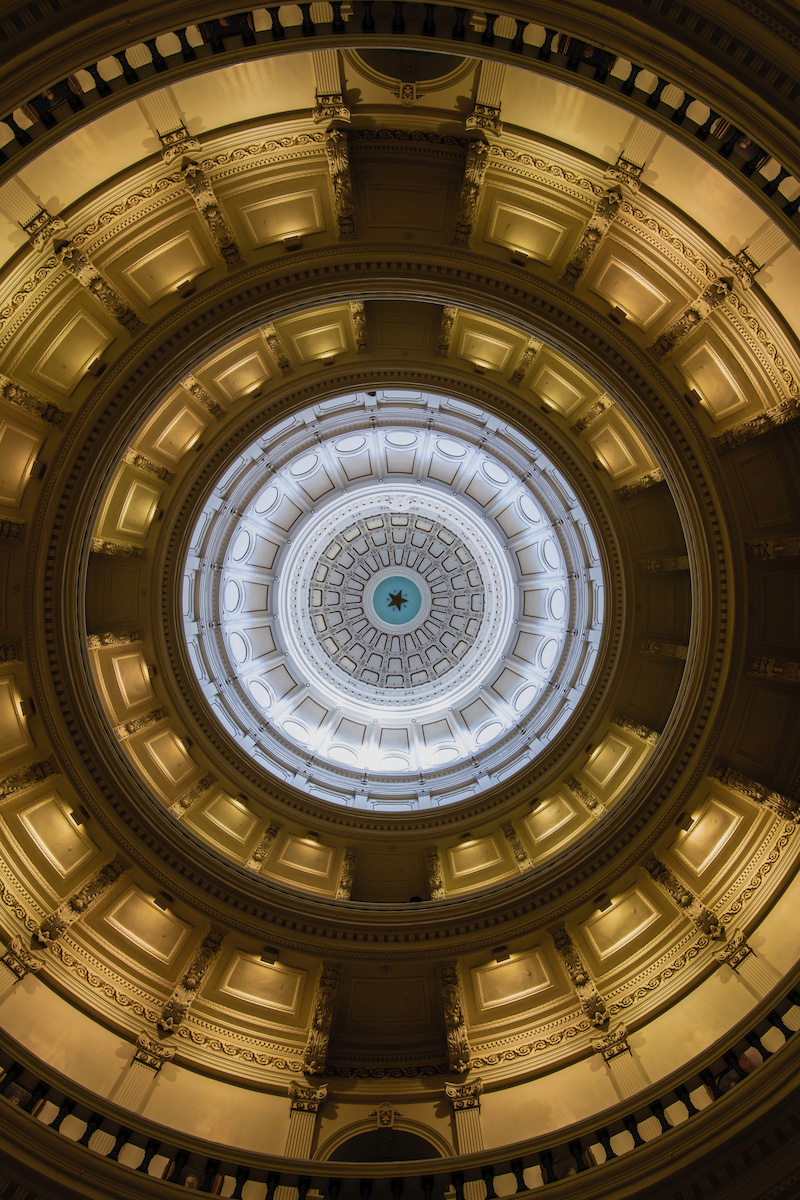 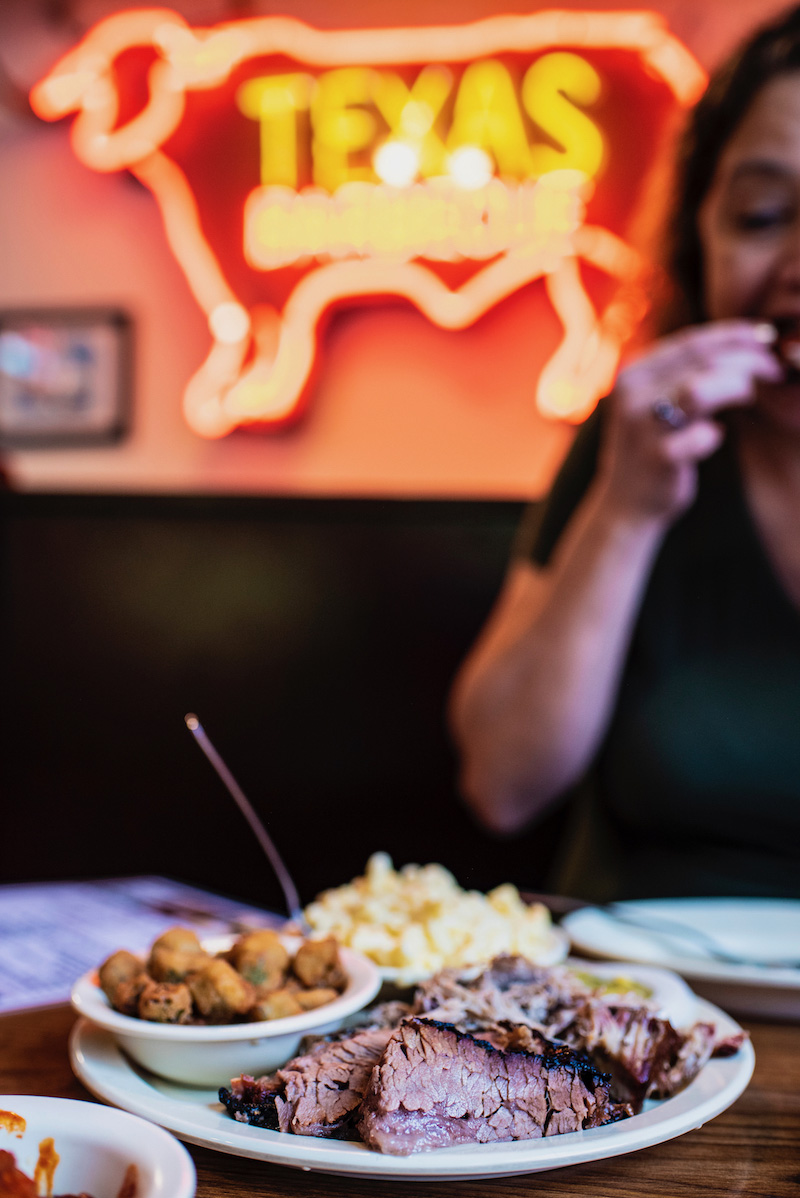 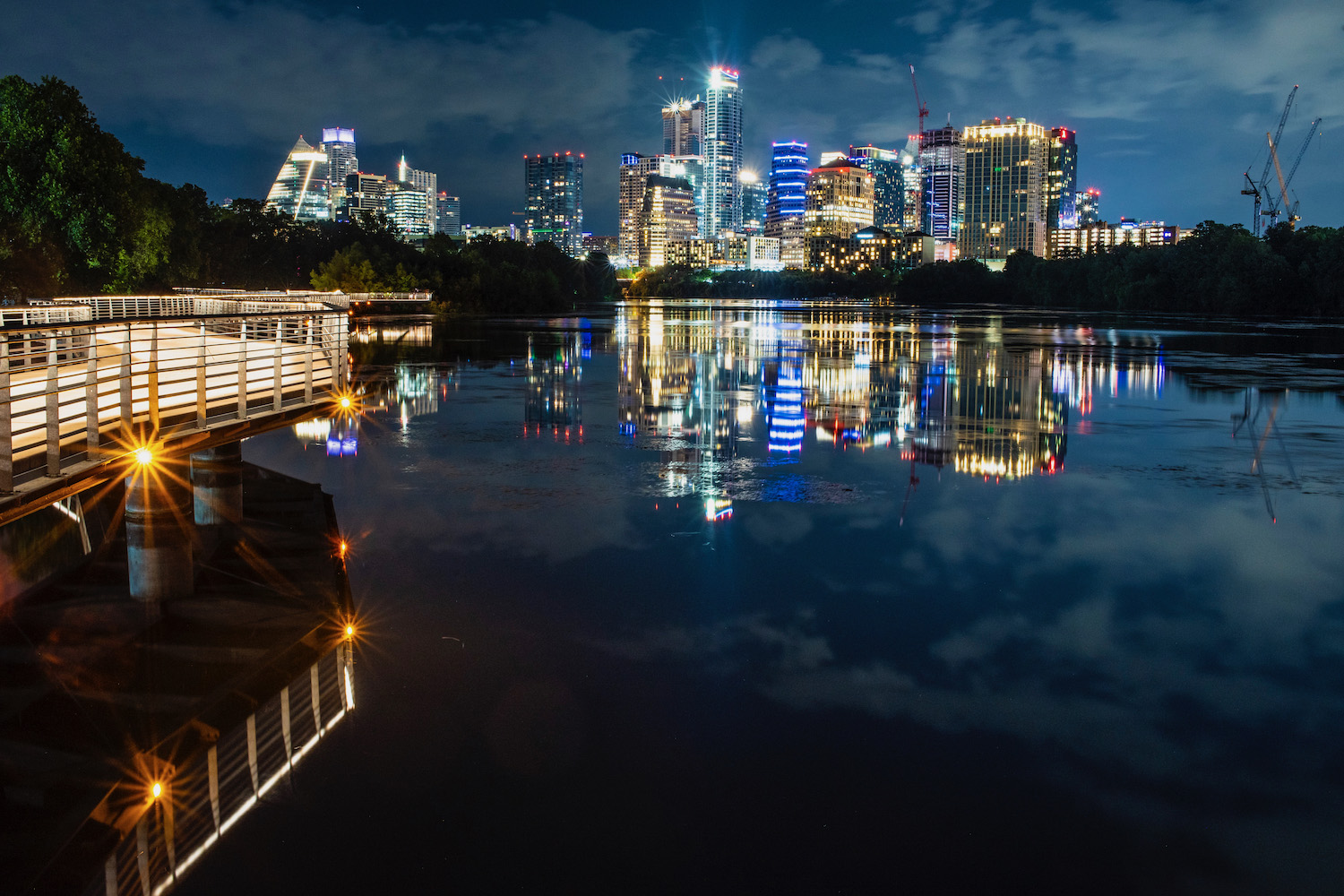 How Many Days Do You Need in Austin?

In spite of how fast Austin is growing, adding hundreds of people and thousands of square footage of real estate every day, the city center remains remarkably compact. Three days is all you need to see it: This will allow for mornings at Barton Springs and along Town Lake, afternoons in Zilker Park and along South Congress Avenue and evenings going out on the town after you watch the famous Austin bats emerge. You can hit up bars on East 6th, West 6th, Dirty 6th, Rainey or anywhere else. It’ll also allow you to wander and explore off the beaten path, particularly if hire me to plan your trip and let me guide you toward Austin’s less-trodden trails.

If you want to take day trips into the Texas Hill Country, meanwhile, you could stay as long as a week, even if the prices of Austin hotels like East Austin Hotel and Hotel Santa Cecilia may make long trips impractical. In particular, I love visiting prehistoric Hamilton Pool, although it now (annoyingly) requires reservations and is often booked up weeks in advance. In spite of all these caveats, I absolutely still believe that Austin is worth visiting.

Other FAQ About Visiting Austin

What is so special about Austin, Texas?

Offbeat and quirky, Austin is a speck of blue within very red Texas—and I don’t just mean in an overt political sense, even if the People’s Republic of Austin (as some people mockingly call the Texas capital) is definitely Democrat-leaning. More of note to travelers, Austin is a compact and increasingly car-optional metropolis in a state known for its long commutes over crazy distances. It’s eclectic and artistic and diverse, and has an endless (and ever-growing) list of things to do you can’t find anywhere else in the state.

What should you not miss in Austin?

Some of Austin’s most worthwhile things are also its most cliché, such as swimming at the Barton Springs Pool (one of America’s only truly urban cold springs), hiking along the Greenbelt or thrift shopping along The Drag near the University of Texas at Austin. Others are more specific—I always recommend my friends eat at Bouldin Creek Cafe on charming South First Street, have a drink at the offbeat Volstead on Dirty Sixth and make the trek out to Hamilton Pool in the Texas Hill Country just west of town.

Is Austin, TX worth a visit?

Austin is 100% worth a visit, although it doesn’t perfectly live up to the hype. The city is still “weird,” in some sense, especially compared to its larger neighbors Houston and Dallas, and its fast growth means there’s always something new and exciting to do, even if more classic (and essential) options are increasingly priced out. Moreover, Austin’s unique culture and landscape are basically timeless, even if they evolve quickly and in ways that are often unfair to the “founders” who first made the city what it is.

Is Austin worth visiting? Yes, but it’s complicated, at least for me. Having first visited Austin in 2005, and then settling there for over a decade, it’s impossible for me to see the city as it currently is without comparing it what it used to be. On the other hand, I’ll always have love for Austin—and there’s still a lot to love about the Texas capital, to be sure. I do think you should go to Austin if you’re on the fence about your trip, although I hope you keep in mind all the caveats and warnings I include in this article. Austin will never again be the place I fell in love with almost 20 years ago—but maybe, that’s not a totally bad thing.