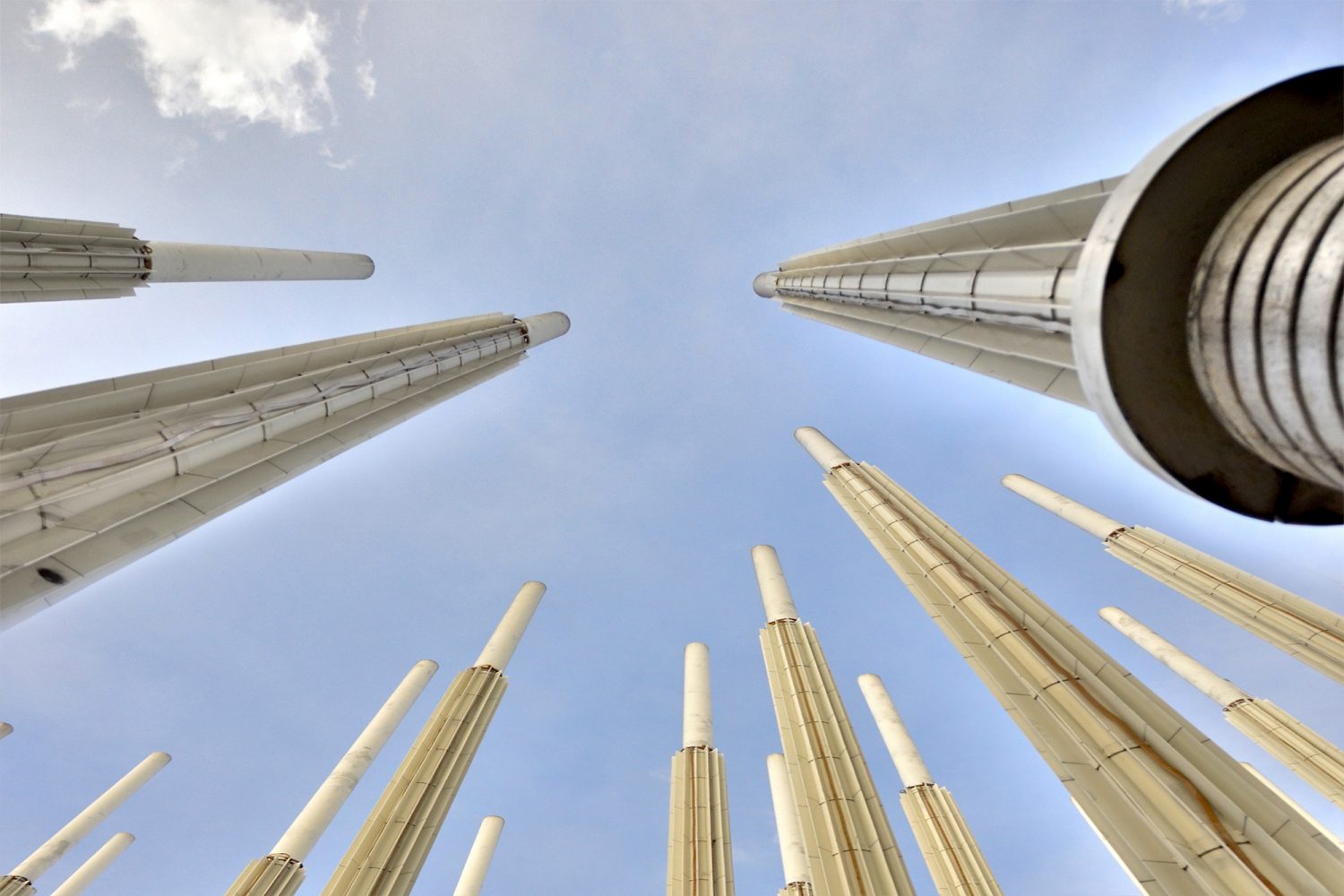 I’ll start with a taboo admission: I’m not a huge fan of either of these Colombian cities. Generally speaking, I find Colombia’s rural and natural areas more interesting and enjoyable than its urban ones.

With this being said, the reality is that your trip to Colombia will take you to at least one of these cities, and maybe both. It would be irresponsible to plan a visit to the country without setting expectations on what you’ll be experiencing there.

Indeed, my comparison of Bogota vs Medellin might come across as a jaded one, even if I really just mean to avoid whimsy in my prose. I hope you’ll consider my words for what they’re worth—and that, no matter which of these cities you visit, you prioritize greener pastures during your itinerary.

Need help planning your trip to Colombia? Hire me as your Travel Coach!
Contents
1  My Experience in Bogota and Medellin
2  How to Compare Bogota with Medellin
2.1  Cityscape and neighborhoods
2.2  Geography
2.3  Attractions
2.4  Day trips
2.5  Safety
3  Which Colombian City is Safest?
4  Other FAQ About Medellin and Bogota
4.1  Which is better, Bogota or Medellin?
4.2  Is Bogota bigger than Medellin?
4.3  Is Bogota close to Medellin?
5  The Bottom Line

My Experience in Bogota and Medellin

Bogota was the first place I ever visited in Colombia, which I imagine is the case for most people when they visit the country. Some aspects of being there put me off: The cold, damp weather; the fact someone shattered a window in La Candelaria in broad daylight as I was walking by literally moments after I began my walk through the district. On the other hand, it was difficult to deny that huge variety of things to do in Bogota.

In Medellin, on the other hand, I found myself constantly wondering what the hype was about. The city was nice enough on its face, of course, with plenty of restaurants, a useful metro system and a lovely climate. But to hear US and European expats talk about it, Medellin was the best city in the world. To me, it was (at best) slightly more livable than Bogota, which is hardly an accomplishment.

How to Compare Bogota with Medellin 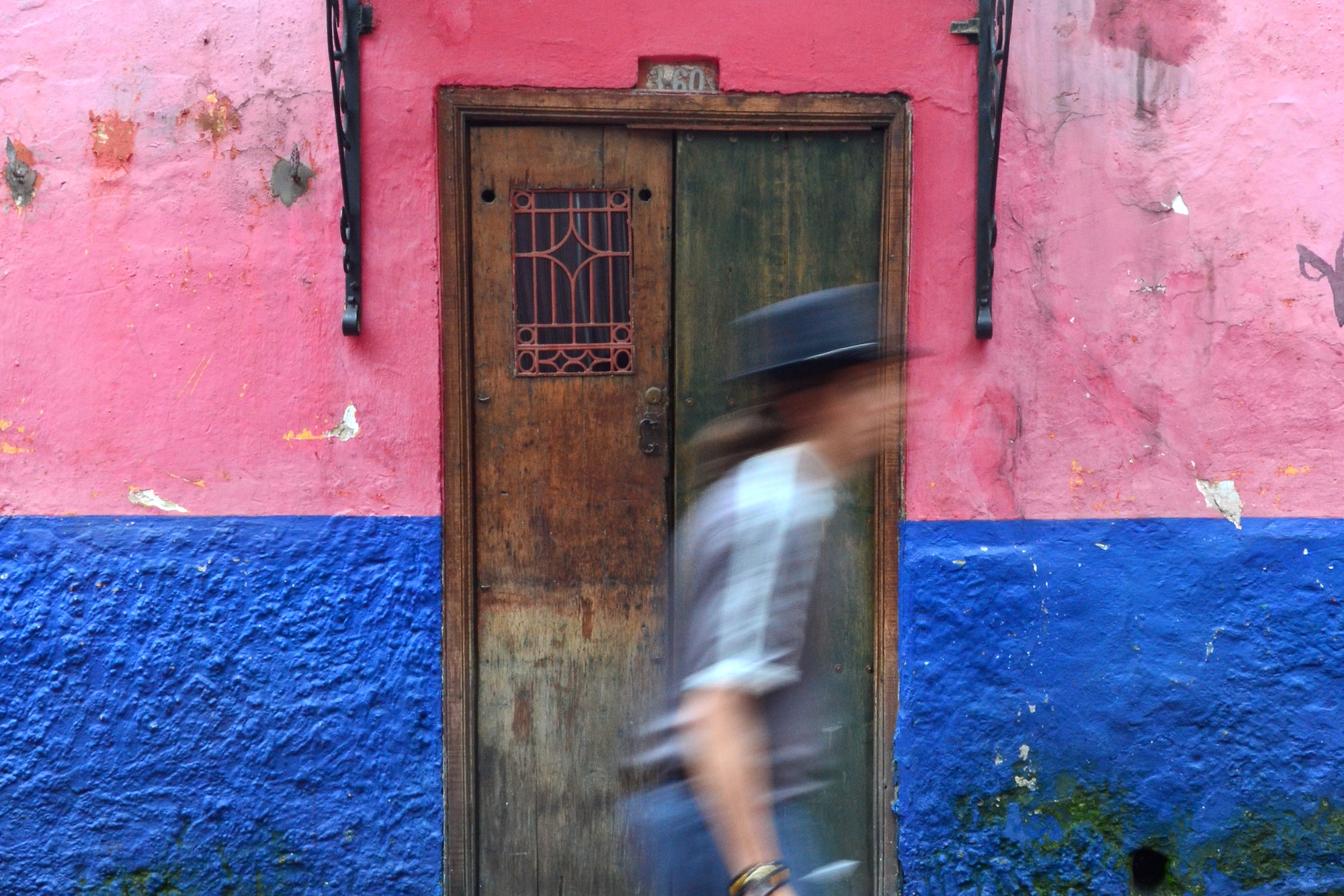 Personally, I don’t find any Medellin neighborhood as compelling (in terms of historical architecture) as Bogota’s La Candelaria, although I’m sure someone will tell me I’m wrong out that. In terms of the overall cityscape, however, both of these cities are defined by sprawl, and unruly distances between most top neighborhoods. 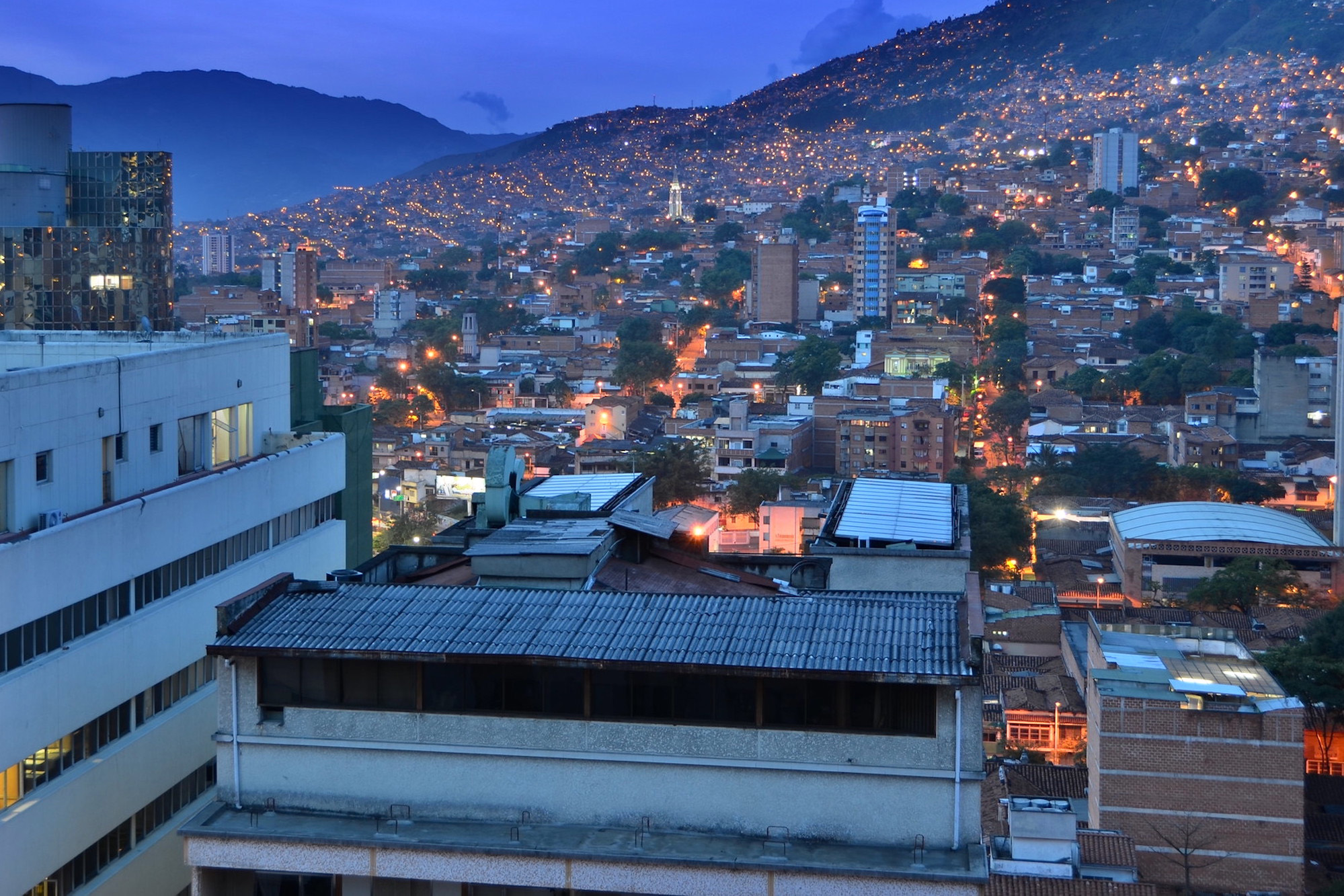 This is one area where there really isn’t much daylight between Bogota and Medellin. Both Medellin and Bogota are situated amid high mountains, although generally speaking Bogota is in a wetter plain, while Medellin seems to be more arid (and warmer). 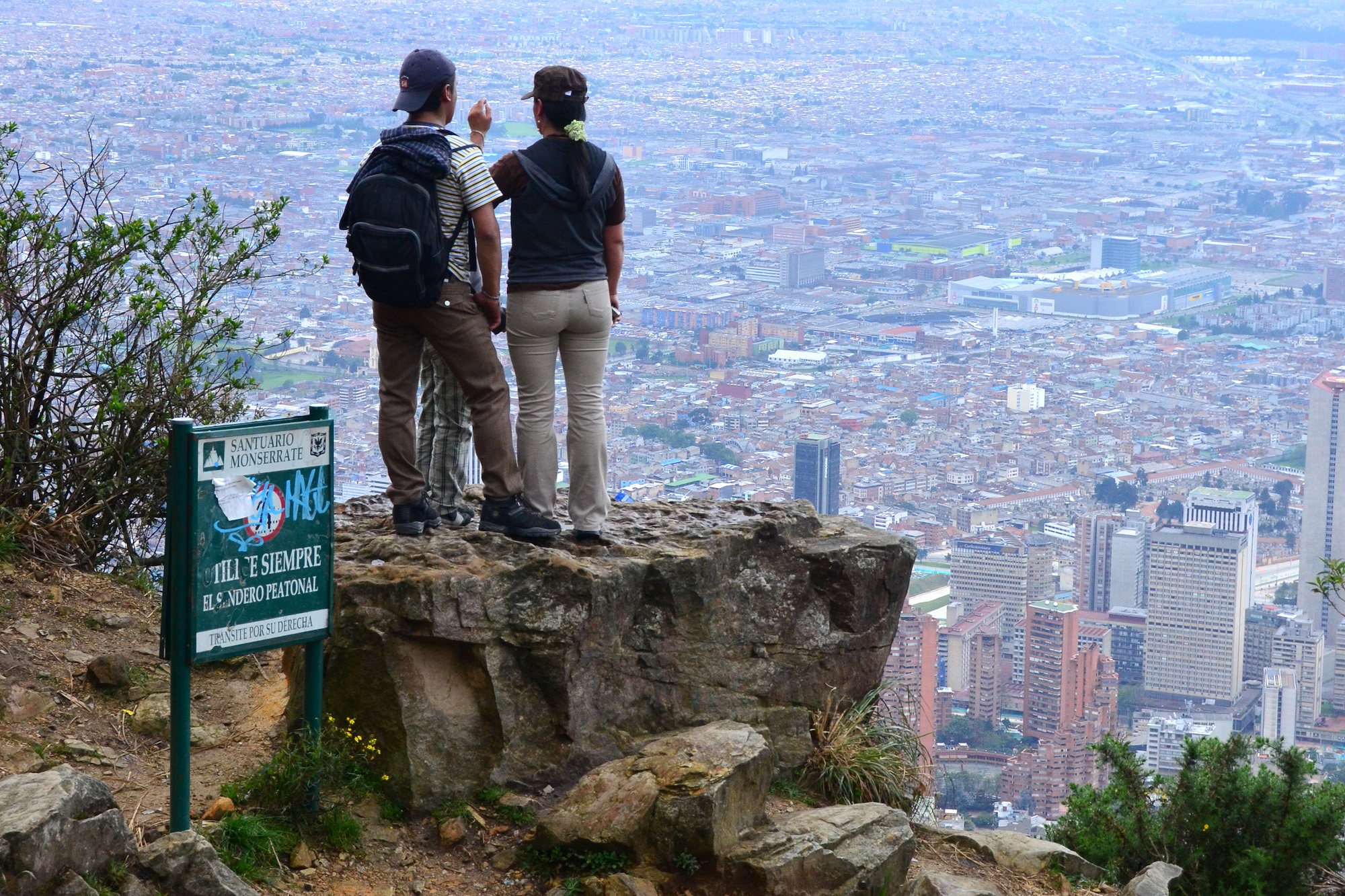 Bogota boasts colonial architecture in the aforementioned La Candelaria, panoramas from the Monserrate viewpoint and golden splendor in the Museo del Oro—it’s is the actual El Dorado, they say. Medellin, by contrast, isn’t much of a tourist city, apart from maybe Plaza Botero, home to statues made by the city’s most famous artist. 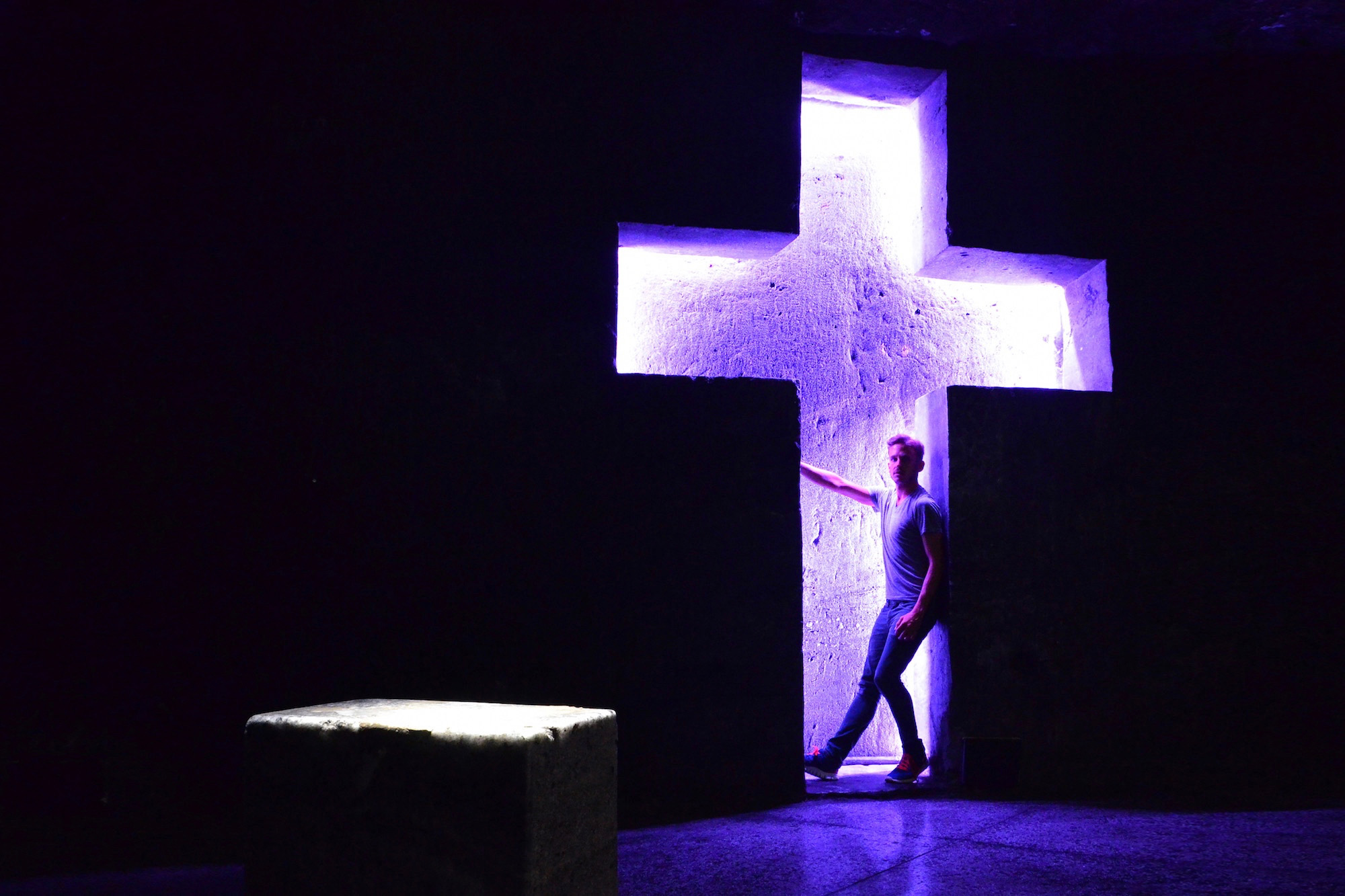 Both Medellin and Bogota are pretty awesome in this department. From Bogota you can visit Zipaquira, which is home to the unique and interesting “Salt Cathedral.” From Medellin, meanwhile, the most common day trip is Guatape and its scenic viewpoint over seemingly endless lakes. 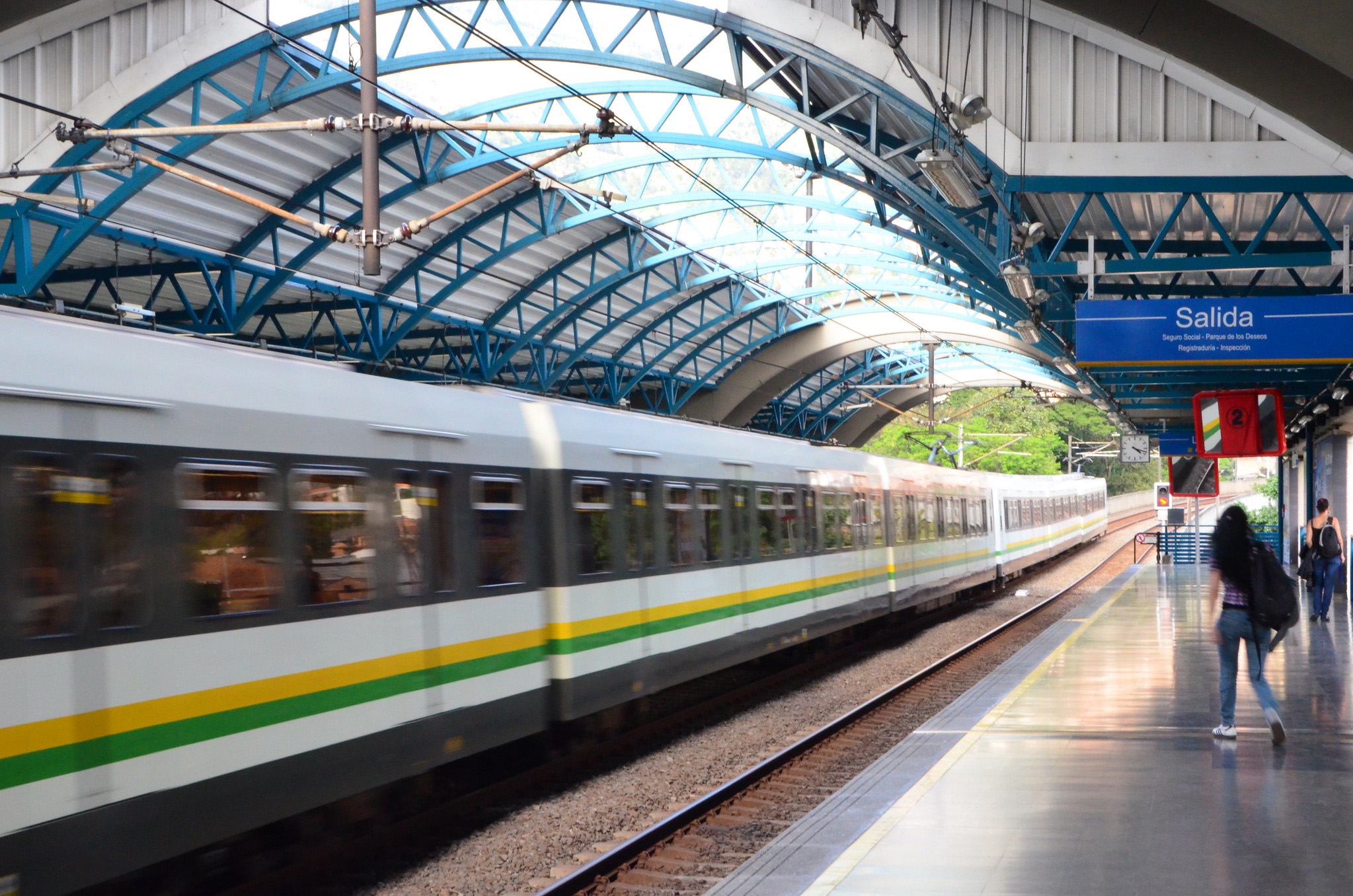 According to some (myself included), neither Medellin nor Bogota are especially dangerous, although that’s down to anecdotal evidence and personal experience. Indeed, as I’ll explain in the next section, not everyone feels that way—not even many people I personally know.

Which Colombian City is Safest?

Personally, I felt much less safe in Bogota, and not just because of the aforementioned window break in La Candelaria. In fact, during my very first day in the country, I was forced to hide inside the stockroom of a coffee shop when a street protest turned violent. This is to say nothing about how often I felt sketched out when exploring, even as someone who doesn’t come off as being especially wealthy.

On the other hand, while I never personally experienced anything resembling crime in Medellin, many people I know have. In fact, I can think of two associates off the top of my head who were literally robbed at gunpoint in and around Medellin, to say nothing of everyone I know who has been pickpocketed or been the victim of non-violent petty crime while there.

Other FAQ About Medellin and Bogota

Which is better, Bogota or Medellin?

In my opinion, neither Bogota nor Medellin are among the best cities in Colombia. However, if I had to choose one city I’d probably select Bogota. It’s not as “comfortable” as Medellin (neither in terms of climate nor other aspects), but also doesn’t have an overinflated reputation that precedes it.

Is Bogota bigger than Medellin?

With a population of more than 7 million compared to Medellin’s (which is just north of 2 million), Bogota is a significantly larger city than Medellin. On the other hand, while Bogota’s overall footprint is also a great deal more sprawling, the cores of each city that are relevant to tourists are similarly sized and dense in population.

Is Bogota close to Medellin?

Bogota is less than 150 miles from Medellin as the crow flies, with a flight time of less than an hour. However, due to the disharmony of the terrain that separates the two cities (as well as traffic, which is mostly freight trucks), driving between them takes 8-10 hours.

Should you visit Bogota or Medellin? If I had to choose between these two cities, I’d probably choose Bogota, if only because it doesn’t have a crazy cult of Biff and Buffy stans like Medellin does. At the same time, Bogota (one of the world’s most dangerous capital cities) is far from perfect, both because of its crime and the inequality that underlies it, as well as a generally unpleasant climate and the fact that every day spent there is a day that could be spent somewhere more interesting. Make sure your trip to South America is one for the record books when you hire me as your Travel Coach.