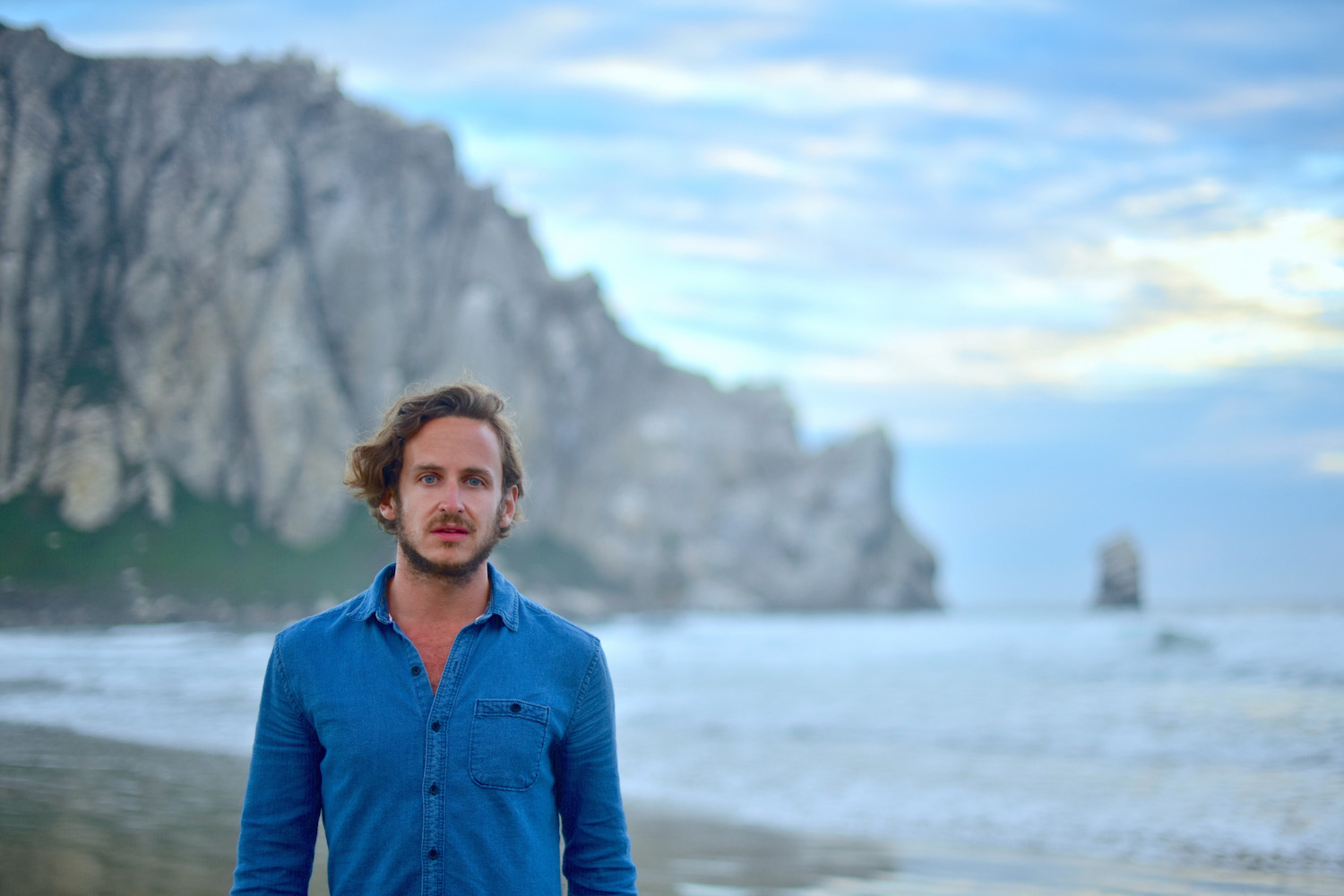 Although I reside in Austin, Texas, I see the city as more of a recharge zone than a home. I live my life here in a simple, structured and often solitary manner.

Last Wednesday, I made an exception to this rule and participated in a new “queer” bike ride, which was organized by Zach and Brett, a couple of my good friends. Among the dozens of fellow gay cyclists I met on the ride was a Web programmer named Aaron who, in addition to being adorable, also happens to be a world traveler.

He countered my account of hedonistic, balmy Tel Aviv with tales of his own experiences in mountain kingdom of Bhutan; he seemed as puzzled by the fact that I’d never been to Bali and I was that South America wasn’t on his travel radar. To be able to speak at length about the world with another Austinite — we are generally not a nomadic bunch — was positively soul-affirming.

Prior to having met Aaron, I was feeling guilty about my decision to travel to Colombia for three weeks starting next Monday. I felt even more conflicted as to whether I should spend the summer traveling through Scandinavia and Russia, a prospect I’m seriously considering. Didn’t I just get back? Summer (my favorite time of the year in Austin) is about to begin, and I’m going to leave again? Really?

After our conversation, however, I felt certain that when faced when the prospect of going or staying, I should always choose going. Until, that is, I received a message from one of my Twitter followers.

The World Outside the City

Just before the telltale tweet came through, I’d been scouting out a late-night bite to eat at a food truck court in East Austin. If you’ve never been to Austin, then you probably don’t understand what a big deal food trucks are here, especially on the city’s “east side.” They serve almost every type of cuisine under the sun, from Mexican, to Italian, to Korean fusion. There’s even a truck that serves only grilled cheese sandwiches, albeit extremely gourmet ones.

I found myself captivated by the chubby, bearded young man who was working the grilled cheese truck that night. He’d be such a little bear cub, I thought, if he were gay. My mind paused for a moment. Like J.D.

J.D., as you almost certainly don’t know, is the name of the young man I dated extremely briefly upon my return from Australia. A little chubby, extremely hairy and (at first anyway) cute and charming, J.D. aggressively pursued me via Facebook before I’d even touched down on U.S. soil. I was physically attracted to him, although he isn’t my usual type. More than that, I liked the fact the he seemed to be into me.

“Seemed,” was the operative word, as we ended up “breaking up” just two weeks after our first meeting — his nonchalant manner when talking to and hanging out with me too greatly contrasted his claims that he was eager to get to know me for my taste. As I walked away from the grilled cheese truck (they didn’t accept plastic; and I never carry cash when I’m in Austin), a wave of sadness came over me. And we never even had sex!

Within a few minutes, a couple of delicious conchinita pibil tacos had taken my mind off my scruffy sort-of ex. By this point, my new travel buddy Aaron was also gone, so I was firmly present in the moment, eating trailer food in East Austin in the middle of the night, Christmas lights hanging overhead, Billy Idol blaring, the existence of a world outside the city limits a moot point.

“This,” the former president  wrote,” makes men wiser, but less happy. When men of sober age travel, they gather knowledge, which they may apply usefully for their country; but they are subject ever after to recollections mixed with regret; their affections are weakened by being extended over more objects; and they learn new habits which cannot be gratified when they return home.”

Zach snapped his fingers in front of my face. “Earth to Robert. Is everything OK?” Almost unbeknownst to me, we’d migrated away from the food trailer court and to Cheer Up Charlie’s, the mostly gay bar just next to them. The open area out back, where we were sitting, was bustling with loud conversations and dirty looks, and I was tweeting.

“It is,” I said, “I’m just reading something important.”

“Young men who travel,” the dispatch continued, “are exposed to all these inconveniences in a higher degree, to others still more serious, and do not acquire that wisdom for which a previous foundation is requisite, by repeated and just observation at home. The glare of pomp and pleasure is analogous to the motion of the blood; it absorbs all their affection and attention, they are torn from it as the only good in the world, and return to their home as to a place of exile and condemnation. Their eyes are forever turned back to the object they have lost, and its recollection poisons the residue of their lives.

As I read, I felt like how Roberta Flack must’ve felt when she wrote “Killing Me Softly.” How could this man, dead for more than a century before I was born, have known so precisely the tolls travel would take on me, the joy, insight, life experience,  postcard-perfect memories; and the isolation, paranoia, neurosis and torture alike?

And how did he know about my dating habits? “Their first and most delicate passions are hackneyed on unworthy objects here, and they carry home the dregs, insufficient to make themselves or anybody else happy.”

Once He Loves Me, I Can Stay

Indeed, my experience with J.D. was far from an isolated incident. After returning from my third soujourn to Southeast Asia in late 2010 I met Paul, an effervescent Guamanian who’d captured my heart in spite of his evasiveness and who, just weeks later, would trample all over my pumping pith in joyful dance. Then there was Joel…excuse me “Jo-well,” a trust fund kid who didn’t work and slept until 2 p.m. and who came to get me at 5 p.m. when he said he’d be there at noon. I met him literally the day after I got back from South America; within a month, we were no longer speaking.

And who could forget Jet? Jet (real name: Raul) was a boy I met on Grindr, who by the grace of God happened to live literally three blocks from me and, as even greater evidence of God’s grace, was also a world traveler, albeit one who did nothing to document his experiences (he “forgot” his DSLR camera when he went to Nepal) and who funded his wandering habit with stints as a test dummy for major drug companies. When I told him one night, drunk of course, that it just “made sense” for us to be together, he ran away as fast as he could. And I had egg on my face.

I always have egg on my face when I make the dastardly decision to “date” soon after I return home; and I always make that same decision. I always return so relieved to be back; yet terrified of becoming so comfortable in my old skin that I choose, ultimately, never again to venture out into the world. Unless, I tell myself, I meet someone. And then, once I know he loves me, I can stay.

But “he” never does end up loving me; so I can’t stay; and so I leave again. I lose myself; I find myself; I lose myself again. And then I come back and vow to try it all again, not to repeat my earlier mistakes, only to make them much more quickly and decisively, to fall even faster and even harder — and, perhaps mercifully, to be dropped like an even worse habit, even more immediately than the previous object of my affection had seen me as.

I navigated away from the quote for a moment and began typing out a reply to my Twitter follower. You know, I tapped on the screen, I kind of agree with him.

Although Mr. Jefferson l had already said more than enough by then, I tabbed back to the quotation once I was finished tweeting, if only for closure.

“Add to this that a habit of idleness, an inability to apply themselves to business is acquired, and renders them useless to themselves and their country. These observations,” he concluded, “are founded in experience.”

I set my phone down and did my best to un-zone-out, but it was largely in vain. At the end of the bike ride, the sort of social endeavor that’s become increasingly rare for me as time passes, I felt so sure that I was making the right decision to accelerate my travel, rather than slow it down. I’m not religious, but I definitely believe in signs. I believe in currents; I believe in serendipity. My having met and conversed with Aaron seemed to be serendiptious.

Why, then, had this dead man’s testimony been fired at me through the ether? Was it the Universe’s way of saying “not so fast, cowboy”? Was it coincidence? Am I reading too far into a chance Twitter mention from a follower whom, however delightful she may be, I don’t know at all?

Not wanting to continue being anti-social, I put my phone away and gabbed for a moment, before heading home more than an hour after my self-imposed bedtime. I slept on it and woke up, not surprisingly, somewhere near the midpoint of where my intuition was guiding me and what the former president had written.

There is no doubt in my mind that my frequent travel has retarded my ability to effectively and rationally live my life in a static place although, to be fair, I do imagine I would very quickly re-adapt to such a life, if doing so ever becomes necessary or advantageous. Of course the personal growth, poignant encounters and omniscient (compared to the vast majority of people I meet) perspective my voyages have afforded me counter any retrograde they cause, perhaps in congruent measure.

To be sure, the letter’s last assertion — that nomads are prone to idleness and an inability to succeed in business affairs — is patently false thanks to technology, which allows me to channel all aspects of my travel experience, positive and negative, into this blog, an endeavor that is not only beneficial to society, but also increasingly profitable and facilitative of subsequent travel. Globetrotting has become its own cycle within my life and while it is, at times, a vicious one, I feel that it is also a necessary one.

I need to be careful not to manifest these words of warning in my life, as profoundly as reading them has affected me. Indeed, I must disprove the seeming prophecy they set forth, rather than allow it to fulfill itself through me.