I’ve got a little confession to make. See, although Leave Your Daily Hell has updated many times over the past couple weeks, with posts about safety, hot springs and Galapagos tortoises (thanks WordPress, for your scheduling feature!), I didn’t actually log on to the site from December 4-11.

I’d flown to Palolem Beach in Goa, India on the 3rd, armed with only a composition notebook, a pen, three books (Nietzsche’s Thus Spoke Zarathustra, Joyce’s Portrait of the Artist as a Young Man and Le Petit Prince by Antoine de St. Exupery) and a few changes of clothes. I brought so little with me that I only had to travel with one bag, as oppose to the two I normally carry.

One bag, and a very ambitious intent: To avoid using the Internet for my entire trip. The good news? I achieved my goal and stayed offline for the entire time I was on Indian soil. The better news? The benefits of disconnecting from the Internet for the first time in almost five years were greater than I could’ve ever imagined. Here are seven important things I learned.

1. The Internet affects my sleeping habits

Confession #2: I sleep with my iPhone and sometimes, with my MacBook too. With both of these gadgets nearly 10,000 miles away from me, I slept significantly more soundly. I also went to bed and woke up without knowing exactly what time it was and, thus, at less fixed hours (6 a.m. and 10 p.m.) than I usually do. In fact, I almost never knew what time it was and, during the day anyway, used the position of the sun (or, you know, conversation skills) to figure it out. 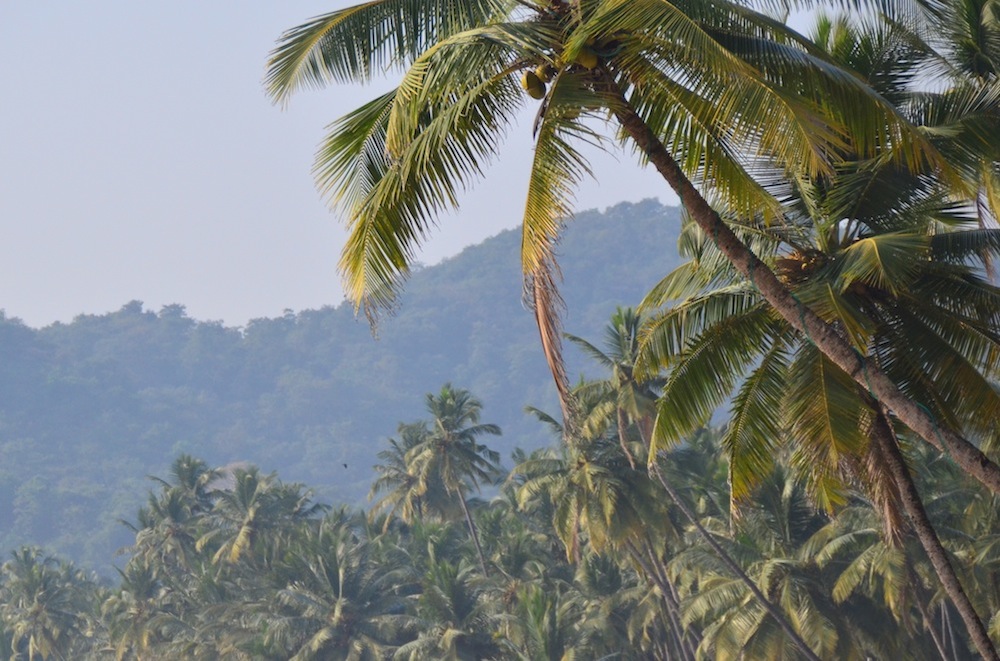 2. My eating habits, too

Without the strict schedule to which I normally adhere, whether I’m at home or on the road, I not only ate at different times every day, but without the distraction of my phone and/or computer, I savored my food ever-so-slightly more than I usually do. I also typically only ate two meals per day – the relaxed state I found myself in most of the morning and afternoon rendered me sleepy and useless by dinner time! 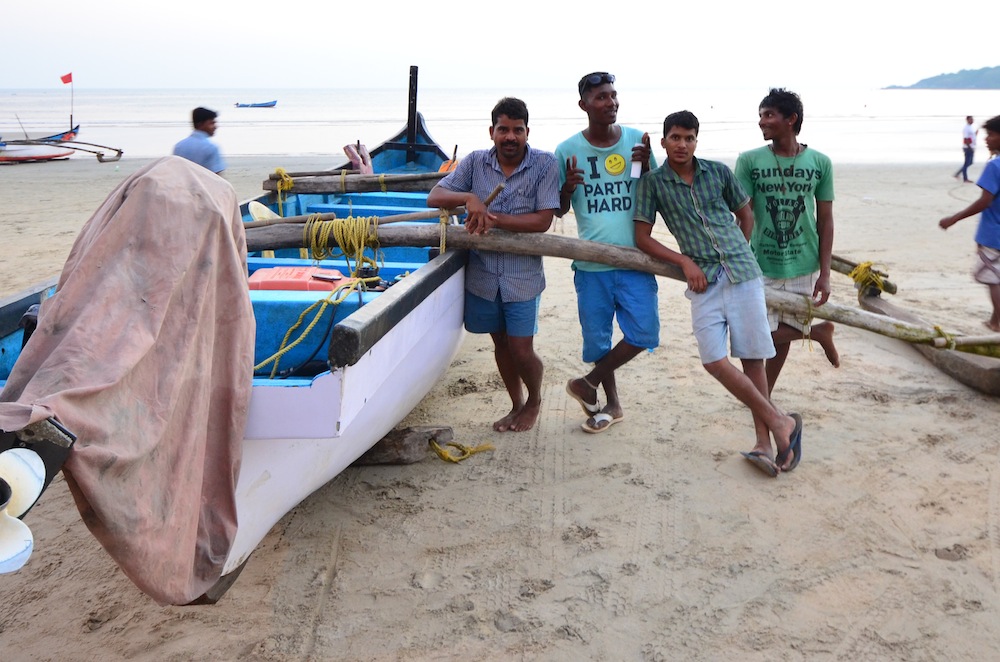 3. But not my work ethic

Remember how I said I brought along a composition notebook and a pen? Well, in addition to reading some of the literary classics I missed during school, the main intellectual objective of my trip was to write the first draft of my forthcoming travel memoir. And, while said draft is extremely preliminary in nature, I got it done – all 189 pages of it! 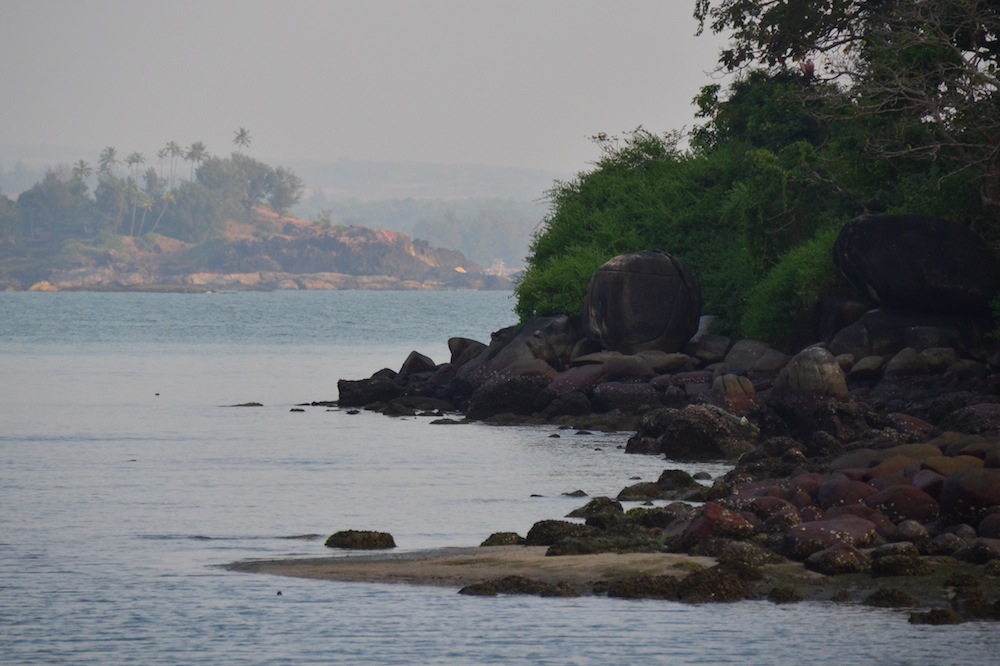 4. Being online constantly during travel lessens its impact

My mother was worried about me traveling overseas without being able to contact her easily, so I made sure and called her (like, on the phone) a couple times during my trip – ditto with my Dad and sister. Being completely out of contact with basically everyone else I care about, even if it was only for a few days, reminded me that although I spend more than six months per year abroad, I only rarely feel like I’m far away. 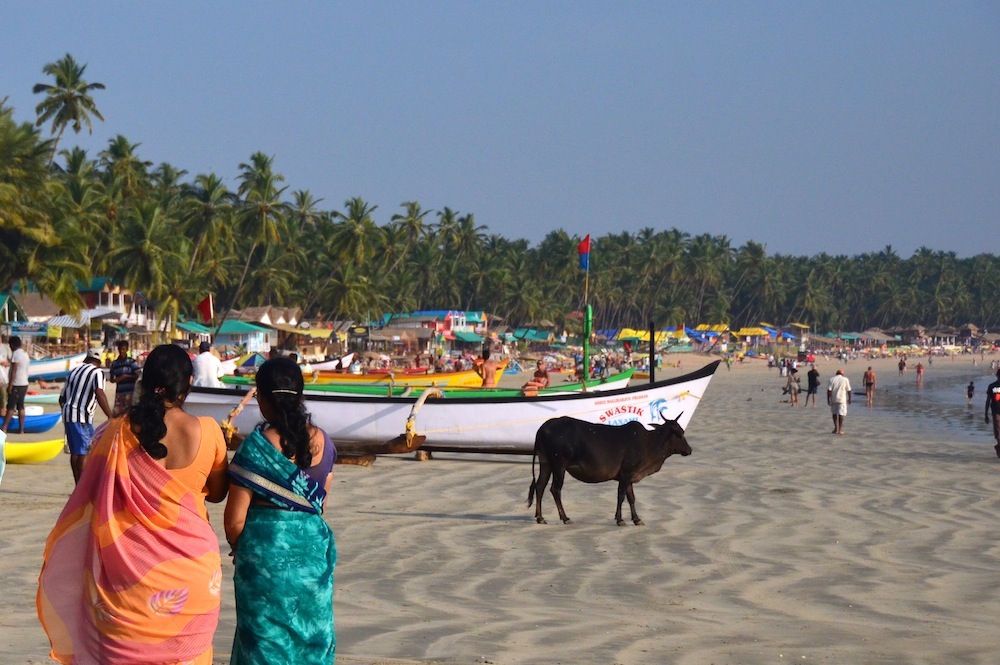 5. Our world is dramatically more connected than it used to be

The last time I visited Palolem, in 2009, only one establishment on the entire, massive beach had WiFi; today, almost every restaurant, shop and beach hut community has it. One night, for example, I was enjoying a dinner of fresh, grilled snapper a few meters away from the sea, and under a blanket of stars the likes of which I haven’t seen in years, and I was literally the only person not using some kind of device. What a difference five years makes! 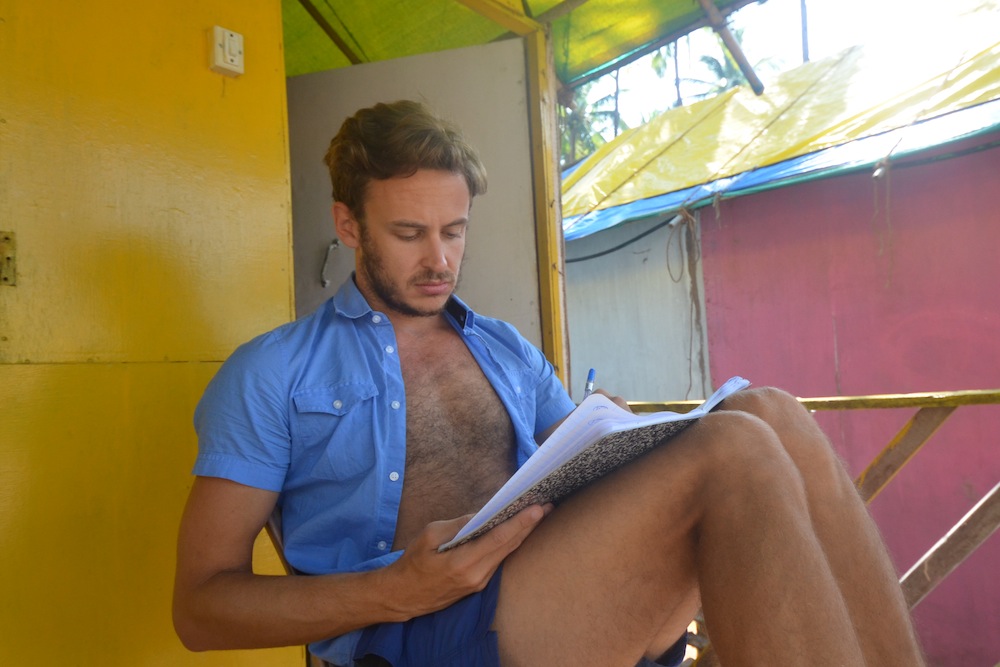 6. I am not addicted to the Internet

I have to admit: I was kind of scared I wouldn’t be able to spend more than a week away from the Internet, being that I haven’t spent longer than 24 consecutive hours away from it since at least 2009. But it was surprisingly easy! I was so busy reading, writing, swimming, exploring, chatting, drinking (water and juice – I also took a break from caffeine and alcohol!) that the Internet was the furthest thing from my mind. Well, OK, maybe I did have one or two nightmares about the site getting hacked! 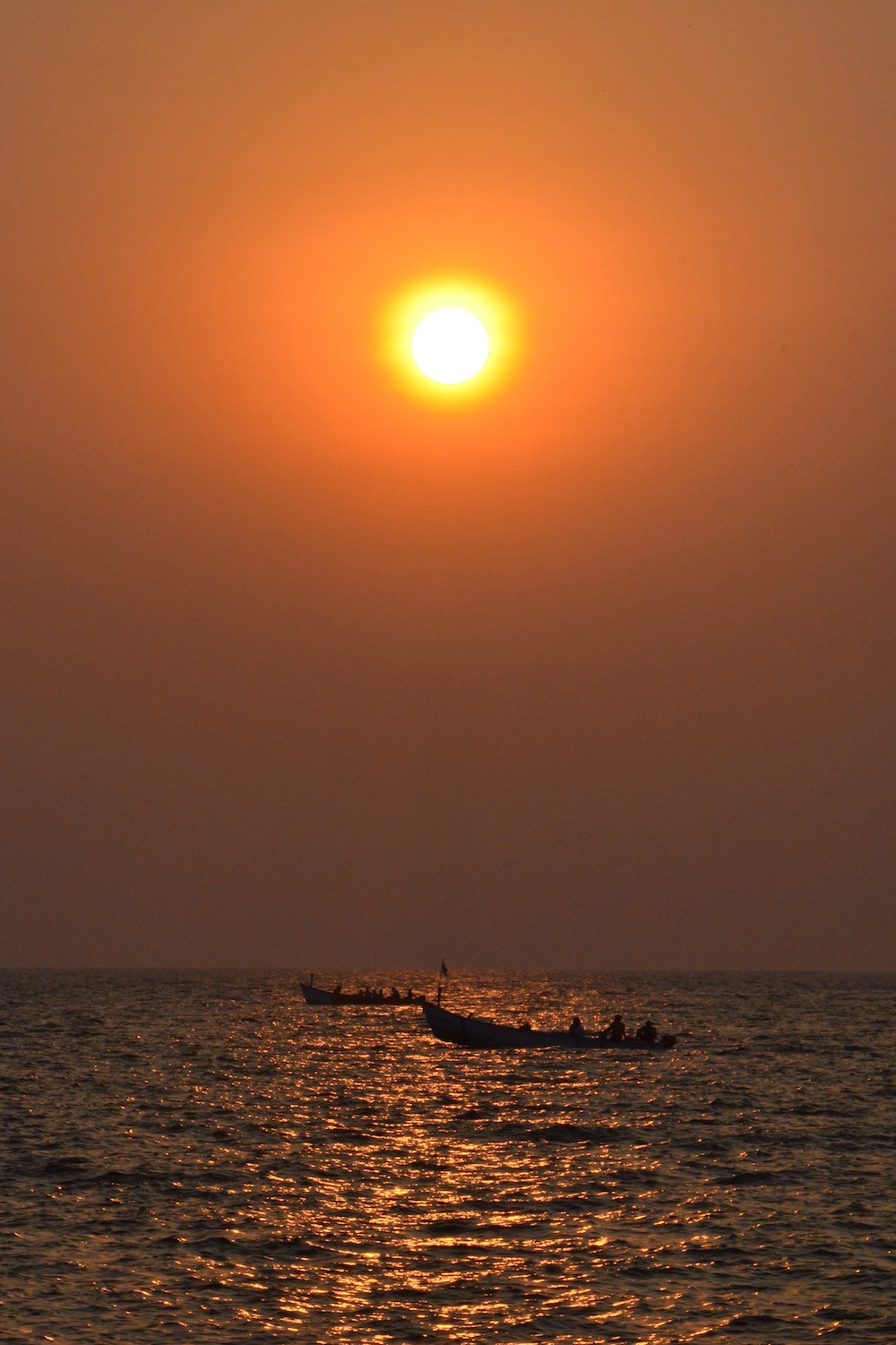 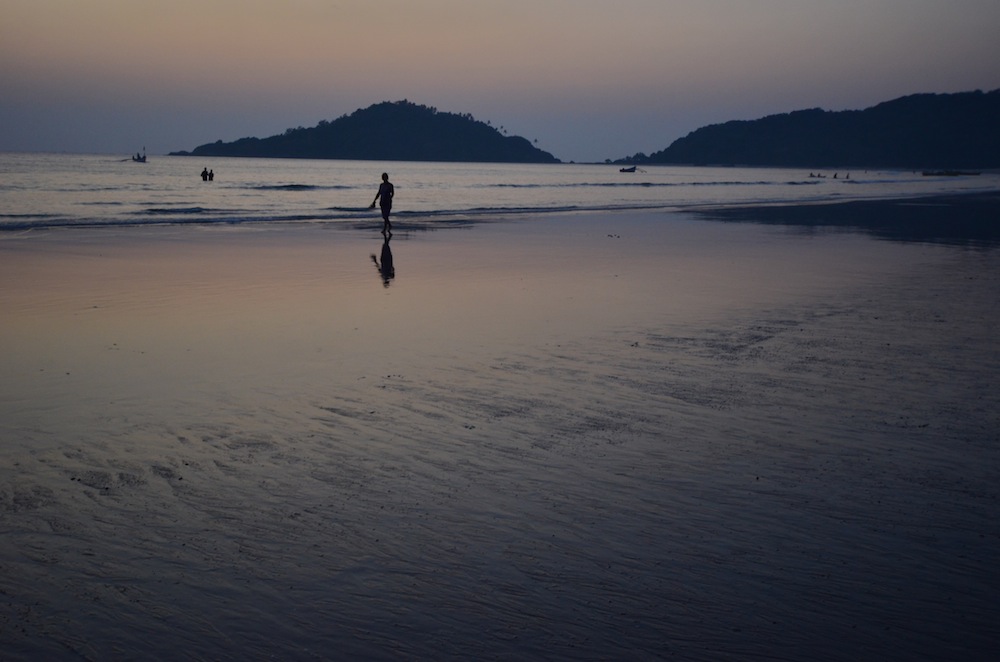 Although I greatly enjoyed my time away from the Internet, and am thankful I had the opportunity and the resources to enjoy it in a beautiful, far away place, I don’t plan on replicating this exact experience ever again. What I do plan on, however, is making a conscious effort to limit my Internet usage, be it by leaving my devices at home or in my hotel, when I travel, or adhering to a reasonable Internet schedule. The solution to over-connectedness is not disconnecting, but simply connecting less.