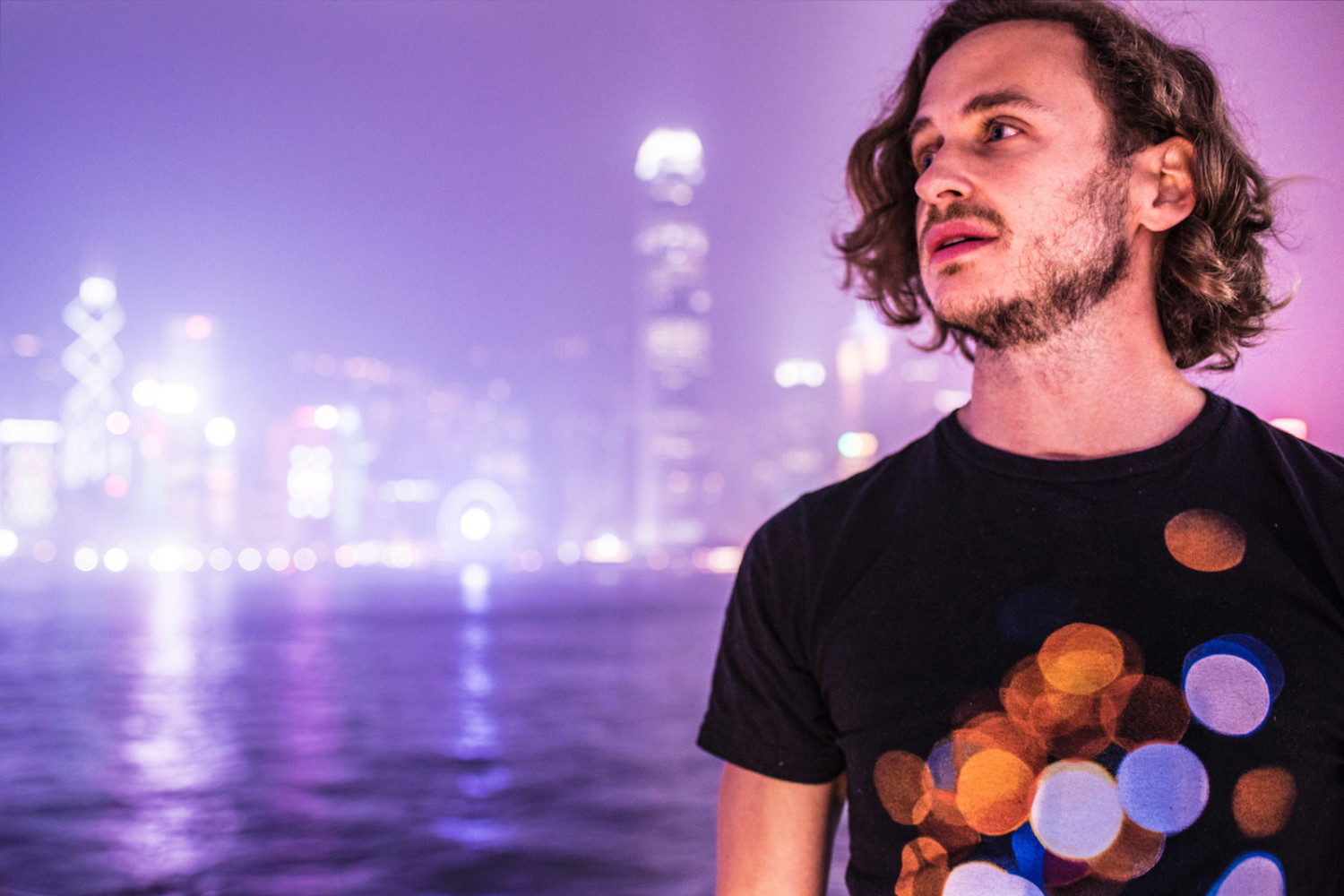 It was nearly 9 p.m. by the time I checked into my charming, but un-noteworthy Hong Kong hotel. This was both fitting—Hong Kong is at its most colorful by night and I’d returned to the city, among other reasons, to take the most colorful photos possible—and frustrating: I’d just gotten off a 17-hour flight which, coupled with a 13-hour time change, left me feeling as haggard as I probably looked.

Then again, my hotel’s charm was noteworthy in and of itself. During my first trip to Hong Kong six years prior, I’d slept in the bowels of the notorious Chungking Mansions, whose serpentine corridors and cluttered cubbyholes wouldn’t even charm a cockroach, let alone the penny-pinching backpacker I was at that point in my life.

Those circles are as dark as the night sky, I cringed as I looked at my face in the bathroom’s magnifying mirror. And this definitely isn’t helping your case. I pulled a long, white hair out of my scalp, then grabbed my backpack and made my way out the door, down the elevator and into the sea of neon lights and Indian watch hawkers that was Nathan Road. I looked in the general direction of Chungking Mansions as I passed it, but did not go inside.

This is where we were all standing, I closed my eyes as I arrived at the Victoria Harbour waterfront and flashed back six summers. Dora, then me, then Rick.

Then Rick, I repeated as I forced myself back into the present moment. It was 2016, and the charming Clock Tower the three of us had used as a point of reference was plastered in scaffolding. A half-dozen more years of Chinese rule had passed, and suddenly Mandarin seemed to be the language most spoken by passers-by, even if many were mainland tourists. I’d just celebrated my 31st birthday, not my 25th.

And Rick, God rest his soul, was long dead. 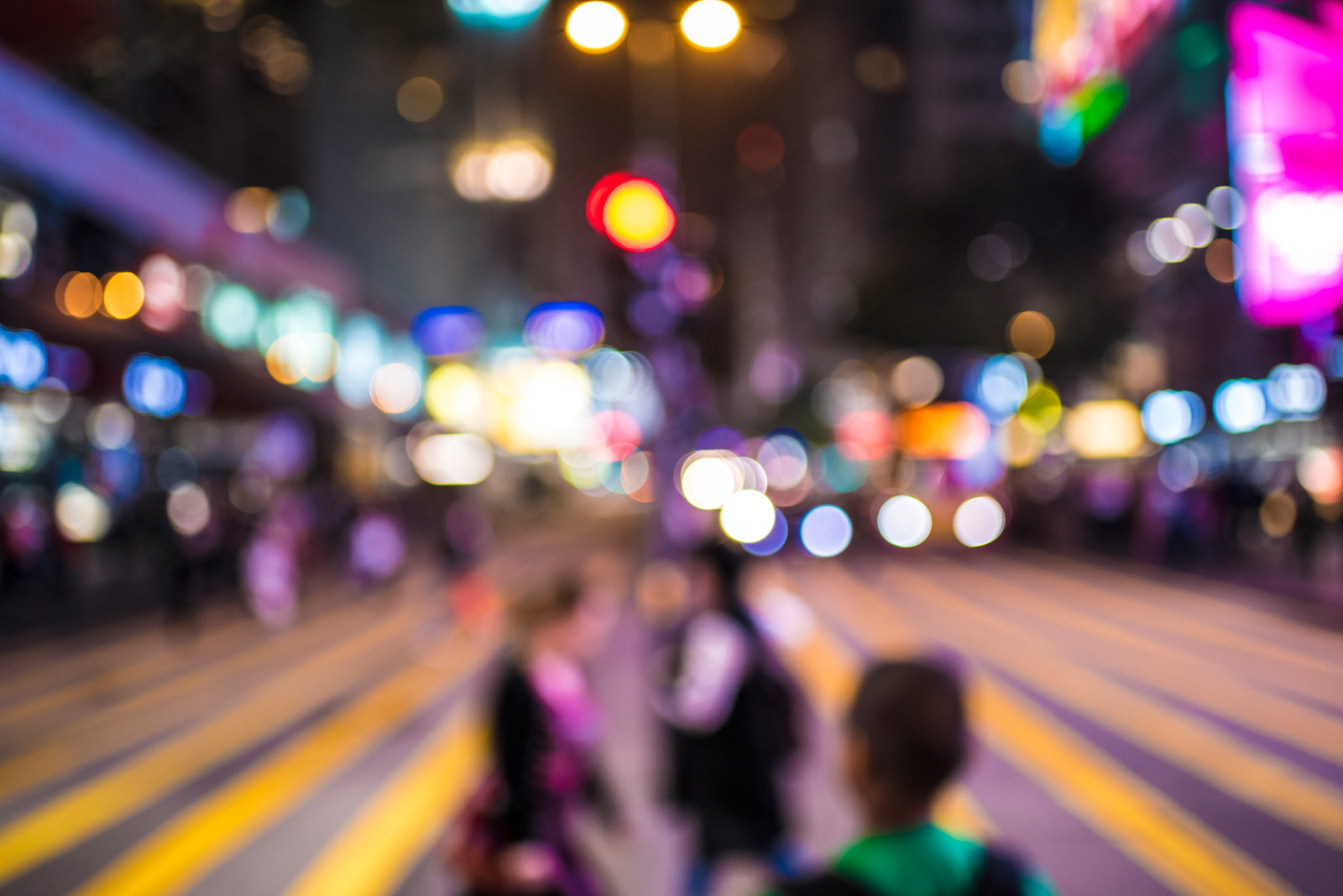 I arrived in Hong Kong the first time about three weeks after having quit my ESL job in Shanghai, and at the tail end of the grand tour of China I’d given Dora and Rick. My exit from the school had been spontaneous, but deliberate: I knew I could parlay my wanderlust and the various freelance gigs I’d scored into something like what I’m doing now—I just didn’t know how.

Siena had been the nicer of my two supervisors at English First, and had moved to Hong Kong with her now-husband Tomas, who is also now the father of her two children. We’d planned to connect on several prior occasions, but it took the better part of a decade for the stars to properly align. We reunited over dim sum at Din Tai Fung.

“How has your time in Hong Kong been thus far?” She grabbed a steamed shrimp dumpling with her chopsticks.

“A fucking hot mess,” I dipped a potsticker into the ramekin of soy sauce and vinegar I’d mixed up. “After staying up past midnight and waking up at dawn for a sunrise that didn’t happen, I decided to power through my jet lag at Chi Lin Nunnery and Nan Lian Garden.”

“The two most high-octane destinations in Hong Kong,” she chuckled.

We spent the rest of our lunch reminiscing about our shared past, albeit a highly embellished version of it: Butterflies cannot allow themselves to be weighed down by memories of life inside the chrysalis. 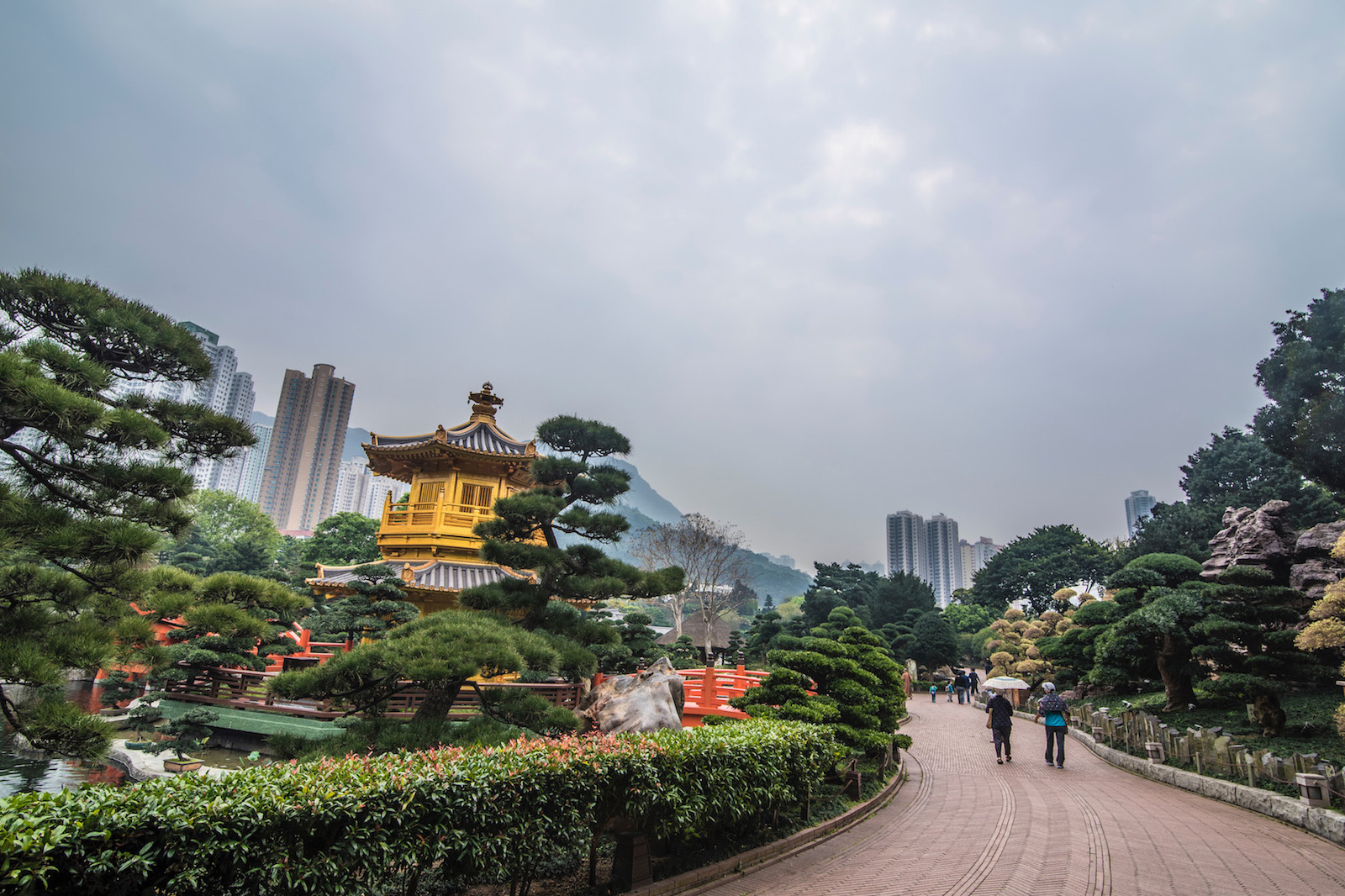 I was not yet a travel blogger the last time I visited Hong Kong—the trajectory of my exploration was haphazard, even if it did lead my friends and I to a great deal of the city’s most important spots. This time around, I wanted to go beyond the pale of Kowloon and central Hong Kong Island, and explore some of Hong Kong’s less ubiquitous structures.

My first stop was the Yick Fat building, which is the closest thing to a human beehive I think I’ve ever seen. Located in the Quarry Bay district several stops east of the Hong Kong CBD, its long rows of windows and tall stacks of rows are both as impossible to count as honeycombs, and as uniform as they are.

I’d been a brazen photographer in the beginning: I would walk right up to any stranger on the street and take his candid picture without flinching. But as I began to take my craft more seriously, so too did I desire to be seen more seriously, so I jettisoned my crude tactics for a more considerate approach.

Indeed, I was only seconds from abandoning my plan to step inside Yick Fat’s courtyard—it would be tacky, I concluded, to objectify someone’s home, particularly since this housing tenement was public—when a stranger tapped me on the shoulder.

“You should go inside,” he assured me, through a thick Hong Kong accent. “It’s really cool.”

I smiled. “You know, that’s a very good suggestion.” 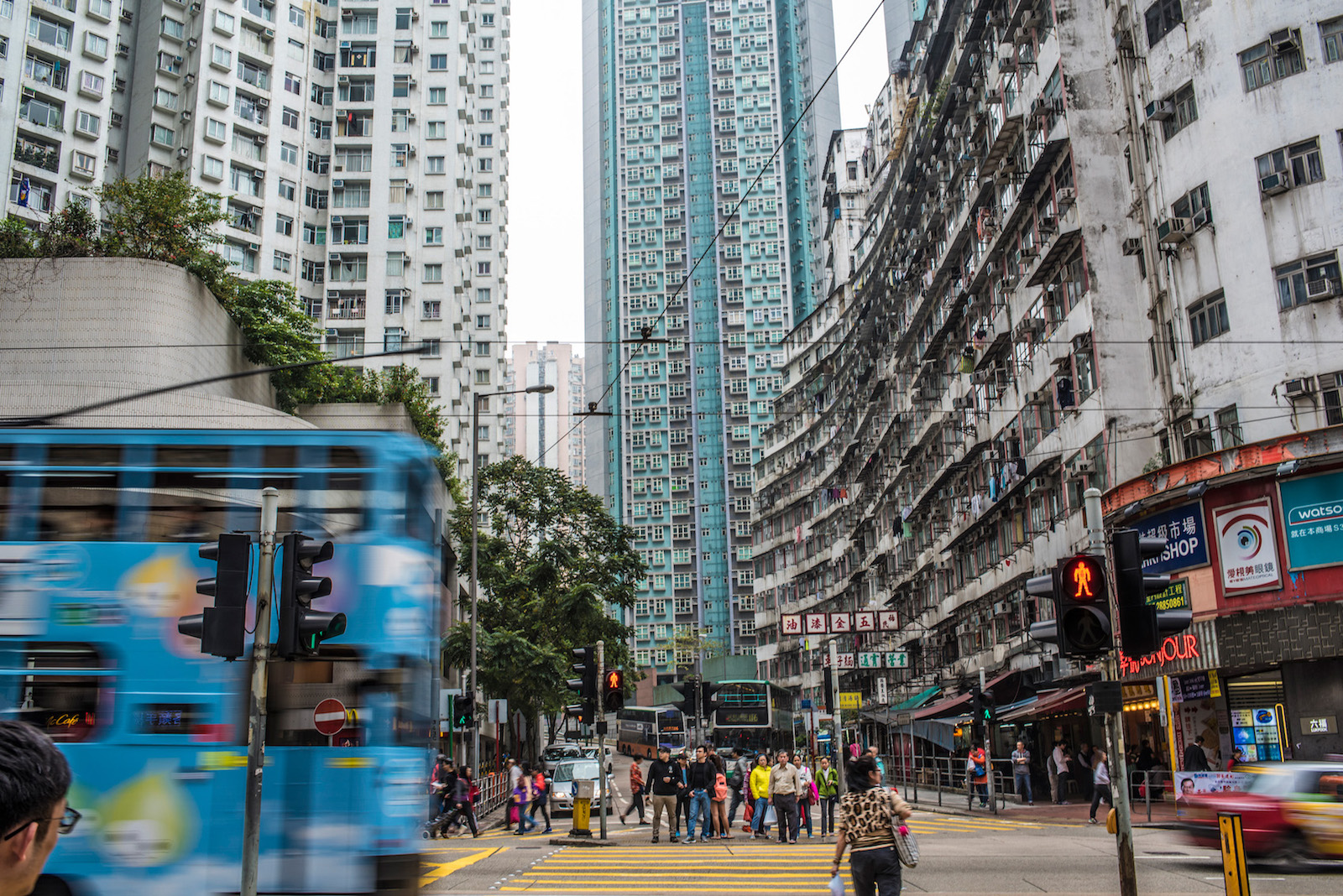 In other ways, I’d been a more respectful traveler before I became a blogger. During my first trip with Dora, to India in 2009, I’d noticed her reluctance to go inside mosques and Hindu temples, not wanting to enter places of worship whose underlying dogma she didn’t understand. I never went to the extreme of refusing to enter, although I did generally attempt to behave as a faithful adherent once inside.

Fast-forward to day four of my return visit to Hong Kong, which saw me approaching the Hall of 10,000 Buddhas at Po Lin Monastery on Lantau Island. I saw the “No Photos” sign, to be sure, but only seconds later I began to notice that the majority of Asian tourists circumvented it with a convenient hack: Standing just outside the Hall as they Facebooked and Instagrammed. I followed suit, but nonetheless drew the ire of one fellow visitor.

“That’s really disrespectful,” the European tourist, who sounded German and appeared to be no older than 20, scolded me. “You should delete that picture.”

I rolled my eyes. “And you should mind your own damned business.”

He proceeded to lecture me about morality and cultural sensitivity, all the while oblivious to the dozens of non-Caucasian people doing exactly the same thing I was doing. I briefly considered telling him to fuck off—or, at the very least, to remind him how ironic his bit about “respect” was, given that he had his back to the Buddha—but decided to marvel at the perfect shot I’d gotten instead. 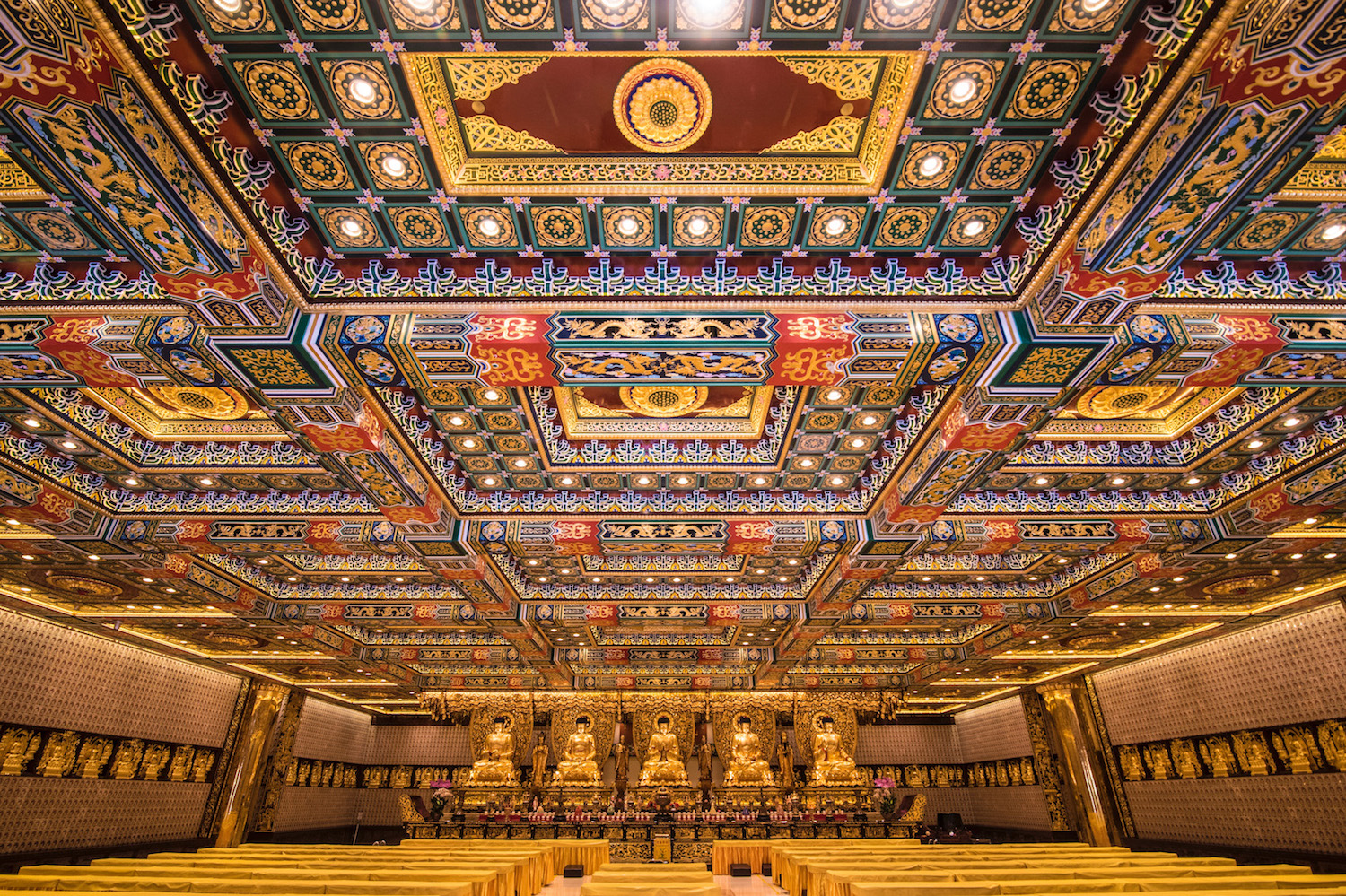 And to poke fun at him. “I guess you’re just a better person than me.”

“Obviously,” he shook his head self-righteously, and sauntered off as if he’d saved Palmyra from destruction by ISIS.

Poor kid, I thought. He travels the world with a little of Daddy’s money, and all of a sudden he thinks he’s Angelina Jolie.

(Yes, I still harbor resentment toward people whose parents fund their travel, particularly in places like Hong Kong, where every footstep stirs up the dust of the grimy vagabond I used to be.) 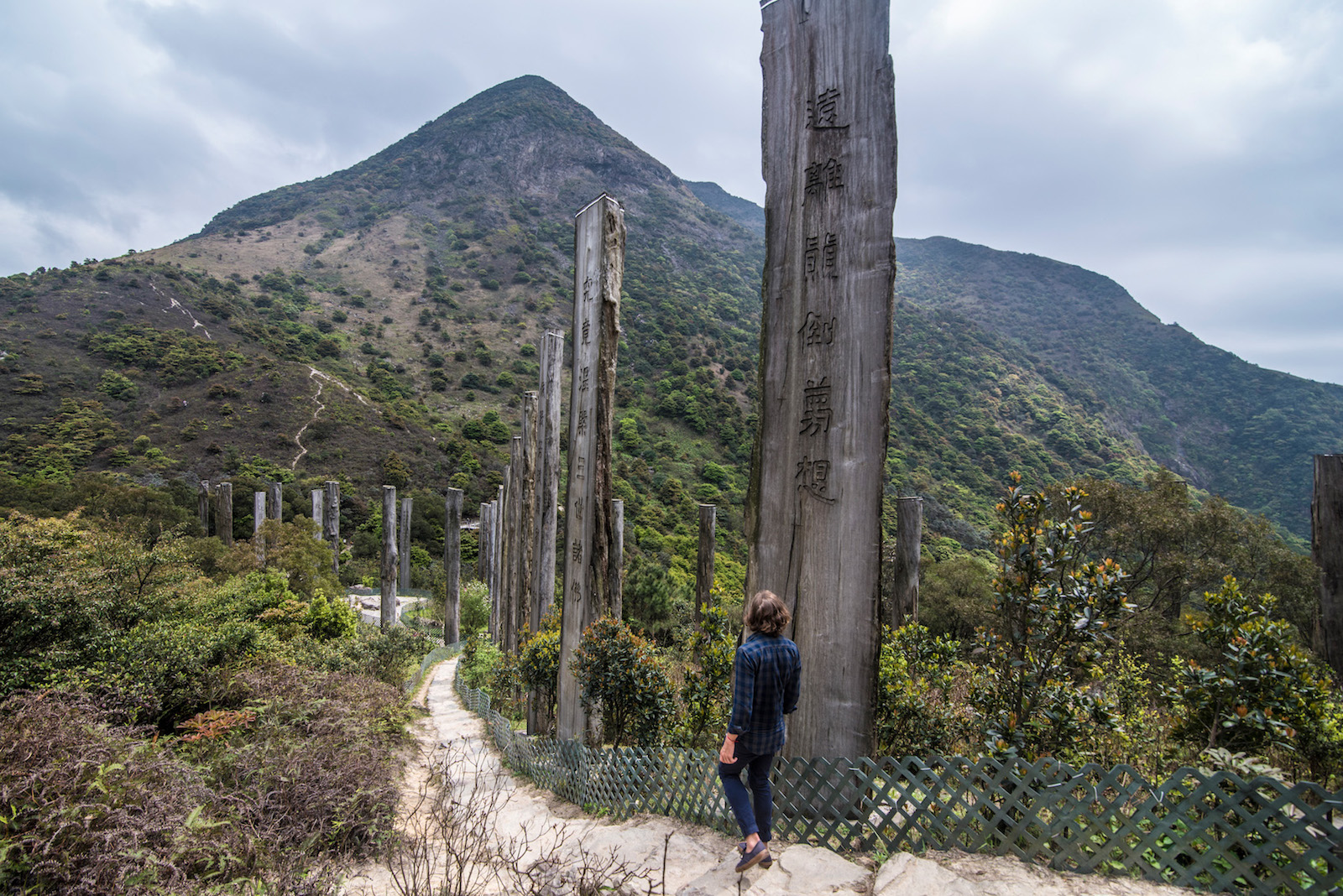 Hong Kong’s Mid-Levels, the escalator-laden residential area between the shallows of Admiralty and Sheung Wan and the heights of Victoria Peak, had served as little more than a transfer area during my first trip to Hong Kong. None of us had the cash to eat or drink in its swanky bistros or bars, nor the attire in our cramped backpacks to fit in among the crowds that hung out there.

But this time, on my last night in Hong Kong, Siena and I emerged from one of the city’s iconic red taxis (another luxury I was unable to indulge in during my maiden voyage) and into a charming, but un-noteworthy watering hole along Hollywood Road.

“To drinking in our 30s,” she raised her mojito in a toast.

I clinked my wine glass against it. “To not sucking at life in our 30s.”

At some point, our conversation pivoted from celebrating our early mid-life success, to lamenting the tendency of so-called “popular” kids (many of them were drinking jovially around us) to peak in their 20s or even their late teens.

“It’s comeuppance, really,” Siena concluded, and took another swig of her mojito.

“I’m sorry,” I nearly dropped my glass. “What did you just say?”

“Comeuppance,” she repeated. “You know, people getting what they deserve.”

I laughed. “I know what it means. It’s just that—”

“What?” She put her own drink down.

“Well,” I started, “it’s just that when I was planning my trip last week, that word—’comeuppance’—made its way into my mind, although I’d only previous seen it on a couple occasions and never heard it spoken aloud, arcane pronouncement that it is.

“I even wrote it down,” I continued, and showed her the note I’d made in my phone.

She picked her mojito back up. “Well, that’s rather serendipitous.”

“I guess you could say,” I lifted up my cup, and thought back one last time on where I’d been in life during my last trip to Hong Kong, “that this is my comeuppance.”

“Positive comeuppance,” I giggled, and savored the last sip of wine in my glass. “But comeuppance just the same.” 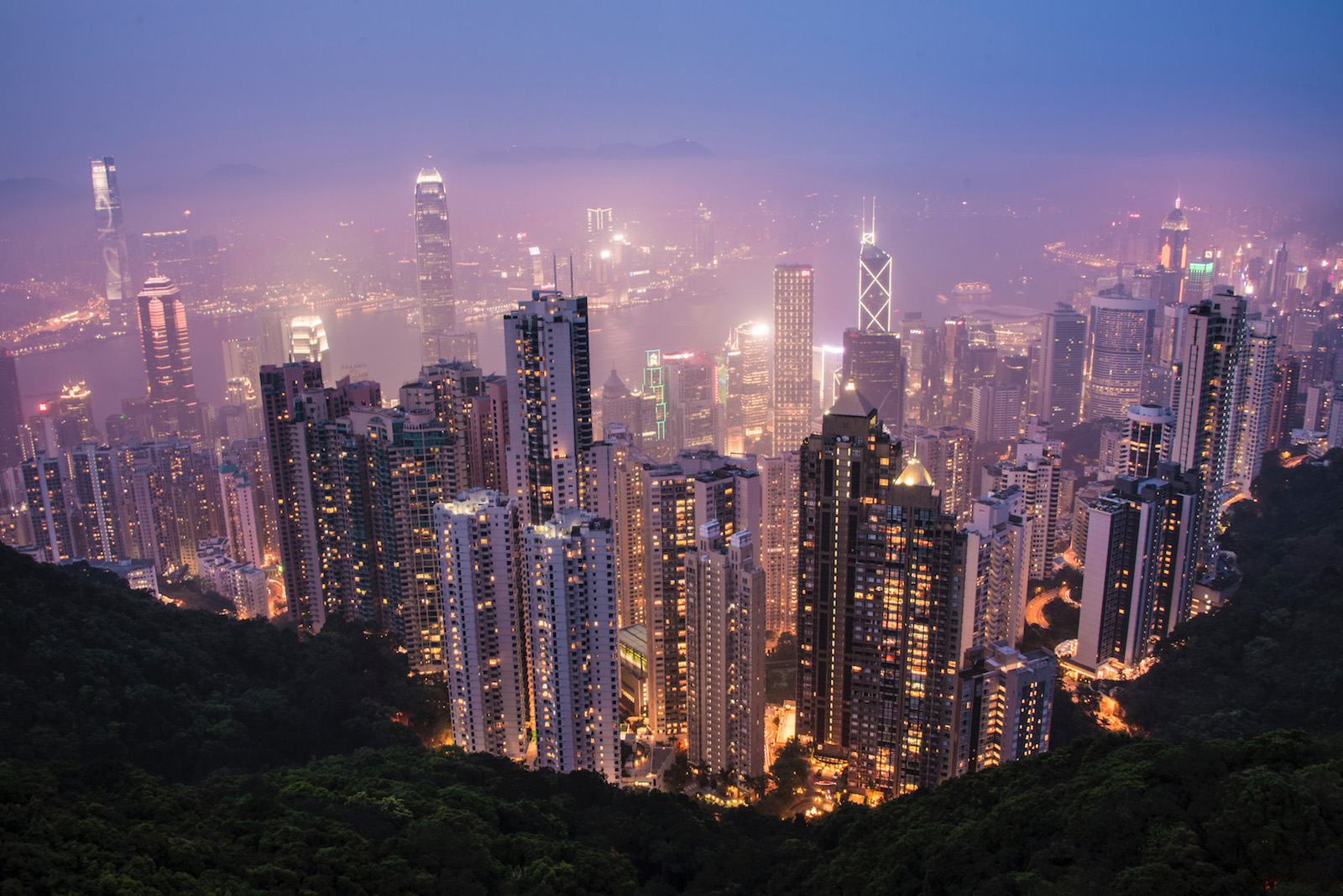