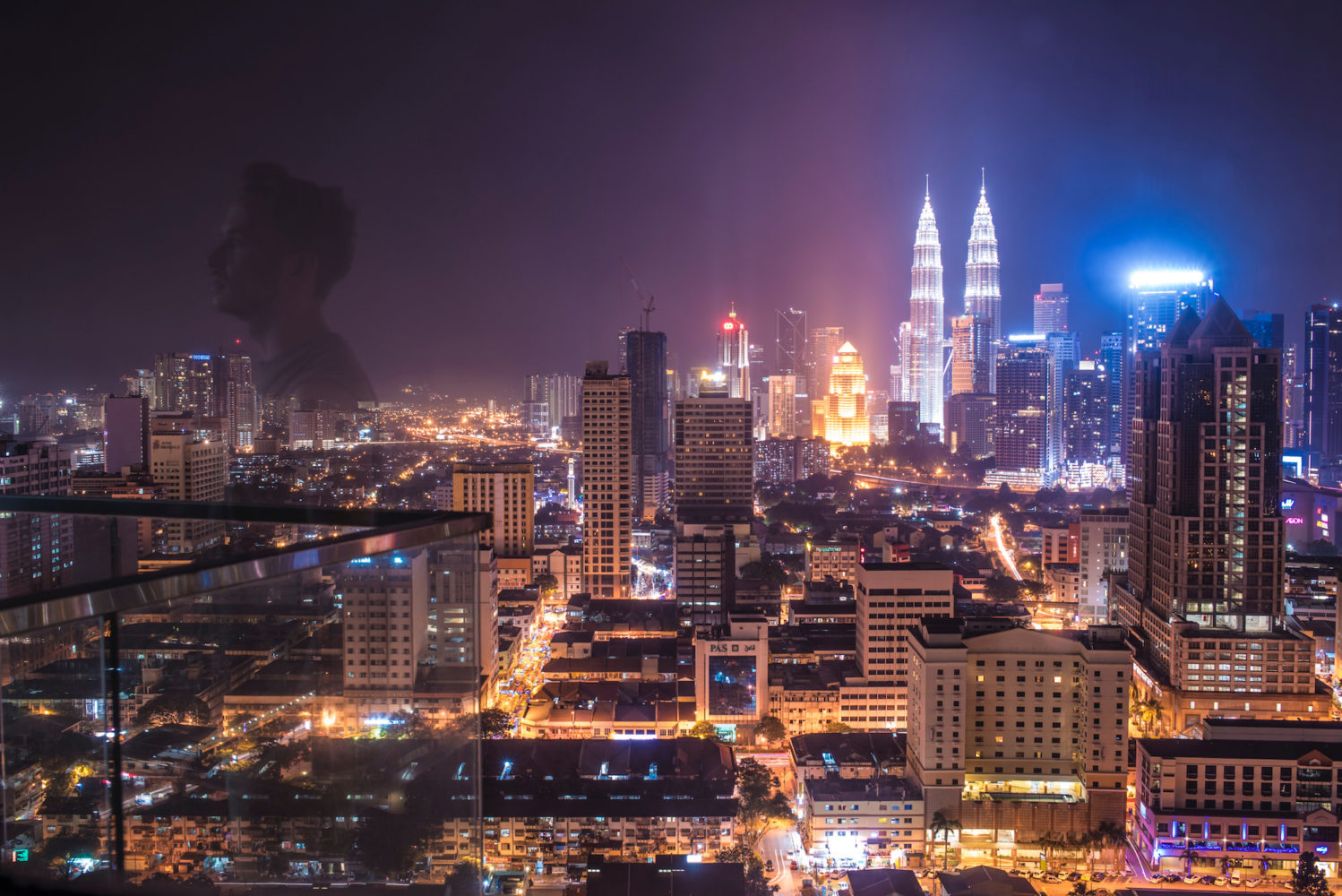 Only the engines of a 787 Dreamliner and a nightmare in all my cells. The overflying of half a billion people and the solitude of being suspended at 35,000 feet. The falling away of the eastern Pacific Ocean and then the sinking in: If only the emerald mountains of the Malay peninsula had been taller, the clouds that blanketed them less like whipped cream and more like merengue, the palm groves wild and un-manicured instead of latticed and oil-producing, then I could’ve mistaken the piece of land where I touched down for Central America.

“They voted ‘Leave’?” the twenty-something Englishman, who’d been stuck in the same pressurized time capsule as me, gasped as we stepped into the airport people mover early on the morning of the 24th.

The rest of Britain wishes June 23 hadn’t existed either, I smiled, but only halfway—I would soon be faced with a referendum of my own.

I fell in love recently, you see. Actually, it was a long time ago, as the loves of my life go, but what’s important about this love and my fall into it was that I had recently compromised it.

I considered explaining this to my driver, to account for the rude way I ignored his attempt at playing tour guide as we sped into the core of Kuala Lumpur. Instead, I tuned in every third or fourth minute to give him the impression I cared about what he was saying.

“The National Mosque,” I completed his sentence, not because I’d actually looked at the building he was preparing to introduce, but because I remembered it was approximately as far from KL Sentral station as we would’ve traveled at highway speed.

He laughed. “I see you need no help.”

If you only knew, I thought, looking down at my phone to see if my partner had said anything—he hadn’t.

Following some good old-fashioned fit-throwing—in spite of being advertised as “Best KL City View,” the first room I was taken to had a view of absolutely nothing—I settled in to my skyline-facing apartment to ask Danilo if he wanted to take a video tour.

No, he replied with a full stop, explaining that hearing my voice (or, worse, seeing my face) would actually make the distance between us harder to bear. Enjoy your day.

That would be a tall order: I was despondent in my longing for him. We’d spent the entirety of the previous eight weeks together, him having stayed with me in Texas after a planned four-day visit from his native Costa Rica.

But it wasn’t just that I missed him: My trip was predicated on a broken promise. I’d agreed, when Danilo told me he would live with me this is, to cancel all travel until August. Although he told me before we said goodbye that he’d made peace with my reneging, the cancer I planted in his heart had managed to metastasize straight through the Earth to mine.

I thought a nap would aid in my acceptance of it all. But when I awoke sometime after nightfall, the Petronas Twin Towers flickering outside my window like a pair of giant interrogation bulbs, I knew there was only one way to cut the tumor out—and it didn’t involve seeing any more of Malaysia than what I could take in from my 29th-floor perch. I took a deep breath, turned my back to the skyline strobing behind me and pressed the “Call” button

“Yes,” I answered and stopped talking, after an hour and a half of maybes, might-coulds, should’ves, would’ves, wishes, hopes and second-guesses. “I’ll come home to you.”

Yes: I shaved 13 days off a two-week trip, and flew halfway around the world (and back!) in two days so that I could make things right—and garden, bake brownies and watch the season finale of Veep—with the love of my life.

I feel redeemed, but also terrified: It will be August, four months since my last trip, before Danilo and I take our first one together. Going four months between trips could ruin my image as a tireless road dog and the credibility I’ve earned along with it.

But it probably won’t. And I won’t dwell on my aborted ghost vacation anymore than I will on how the specter of subsonic air travel deleted a day from my life. Like the U.K., I chose to leave my better half, and I only hope Europe’s love remains as strong as Danilo’s when Lady Brittania has the sense to come back home.