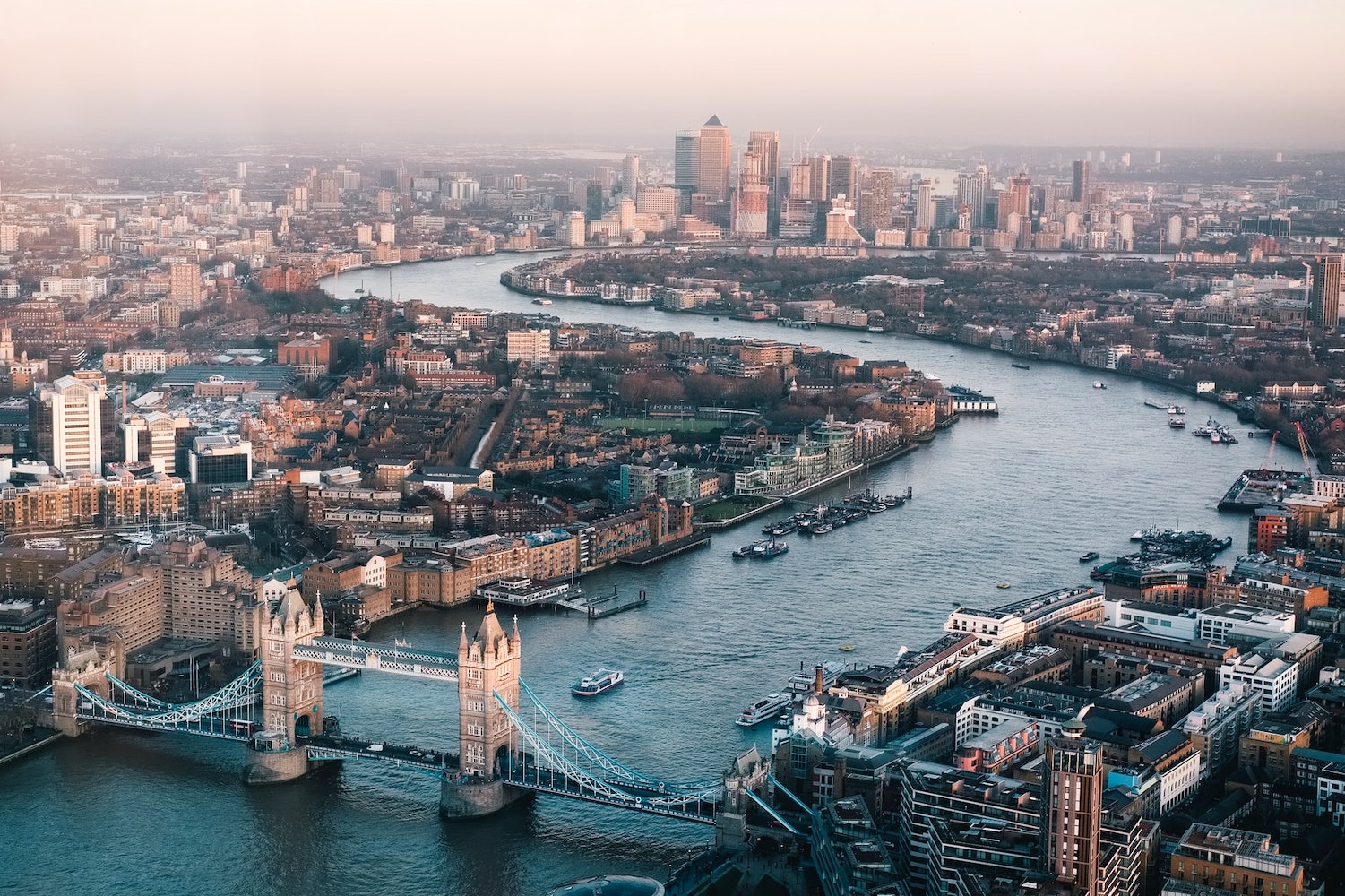 It’s easy to get stuck on London’s tourist trail. After all, this city—Britain’s largest—is home to almost 10 million people, and spans a huge geographical area. Limiting yourself to must-see attractions like Big Ben and London Bridge can provide almost an element of safety, and certainly sanity.

Of course, whether you’ve been here once or 100 hundred times, it’s always fun to wander off the beaten path, perhaps more than in any other city in Europe. It’s because of this that I’ve decided to write an article about London hidden gems you might never have considered visiting.

London is so much more than its tourist trail, as I hope the next few paragraphs convey. Where are you most excited to visit first?

Contents
1  Defining London’s Tourist Trail
2  My Favorite Hidden Gems in London
2.1  The Postal Museum
2.2  The Hippodrome
2.3  ArcelorMittal Orbit
3  How Many Days Should You Spend in London?
4  Other FAQ About Travel in London
4.1  What is the cheapest way to travel around London?
4.2  Is London dangerous to visit?
4.3  What is the best month to visit London?
5  The Bottom Line

Before I get into naming some of my favorite London hidden gems, I thought it would be a good idea to discuss what I consider to be the city’s tourist trail. This includes must-see attractions such as Big Ben, the London Eye and London Bridge. It also includes relatively mainstream areas of the city, from upmarket Canary Wharf to exciting Piccadilly Circus, which you might think of as the “Times Square of London.”

I also consider some day trip destinations within the cachement area of a trip to London. In particularly, I’m thinking of Stonehenge and the ancient Roman city of Bath, but other places qualify as well. For example, if you’re in London and want to see water (and I don’t mean the murky waters of the Thames), you can theoretically take day trips to beach cities like Brighton and Southend-on-Sea.

My Favorite Hidden Gems in London

The UK’s post boxes are some of the most famous in the world, with their unique shapes and bright red color. In addition to being distinctive, the British postal system is revolutionary. Did you know, for example, that Britain invited the world’s first stamp, in 1840? This is just one of the innovations spotlighted in The Postal Museum, which also pays homage to the mail delivery railroad that once ran under London.

Originally built as a variety theatre, The 19th-century Hippodrome has the grand styling you’d expect from a building constructed during the Victorian era. Today it’s a casino, where you’ll find all the typical table games you’d expect, including blackjack, roulette, and baccarat, not to mention a PokerStars Live poker room where you can play in cash games and tournaments. When you want a break from gaming, take a load off at Boozy Tea Room (which serves up unique tea-infused cocktails) and Heliot Steak House, voted one of the best steak restaurants in London.

As part of the construction for the 2012 London Olympics, a large structure known as the ArcelorMittal Orbit was built in the Olympic Park in Stratford, just outside the city. While a trip to Olympic Park is a must for anyone, there’s an even more compelling reason to head to the ArcelorMittal Orbit. Inside, a tunnel slide has been added that creates a unique experience that combines the thrill of high-speed twists and turns and great views over the city.

How Many Days Should You Spend in London?

As you’ll know if you’ve read any of my other itineraries, I love a nice, round number of days in a given city. In particular, I find that three days tends to be a great amount of time. One day on the tourist trail, one day off the beaten path and one day completely outside the city, whether for a cultural day trip (like Bath, in the case of London) or into nature somewhere—perhaps one of the beaches I mentioned above!

For larger cities like London (as well as New York, Tokyo and Buenos Aires), however, there’s value to a longer stay. For instance, if you spend five days in London, this will give you flexibility. Most specifically, you could devote two fully days to exploring London hidden gems, then divide the rest of your time between the tourist trail and various day trips.

Other FAQ About Travel in London

What is the cheapest way to travel around London?

The most convenient way to travel around London is the London Underground (aka “The Tube”), but this isn’t always cheap, especially not over long distances. If you can, take advantage of London’s cool weather and walkability, or see if your hotel has a bike rental or bike-sharing scheme.

Is London dangerous to visit?

For a major city of its size and population, London is not dangerous at all. London’s relative safety is due both to its lack of crime, as well as the fact that natural disasters tend to avoid the city. With this being said, you should be vigilant when out and about in London, especially at night or if you’re in a part of the city you don’t know well.

What is the best month to visit London?

London, famously, is one of the rainiest cities in the world. There’s good news and bad news in this. The bad news is that “good” weather is never guaranteed in London, not even in the middle of summer. The good news? Every month in London might qualify as the best month to visit, assuming you go in with low or zero expectations.

While there are dozens of London hidden gems above and beyond the ones I’ve spotlighted in this article, my point is bigger than the choices I’ve made: London extends beyond the attractions you see in popular travel guides. In fact, I’d argue, it is off London’s beaten path that the true spirit of the city resides. To be sure, I recommend you stay in London as long as possible, and explore as much as you can, including day trips far outside the city. Below, I hope you’ll let me know about some of your favorite secret spots in London.