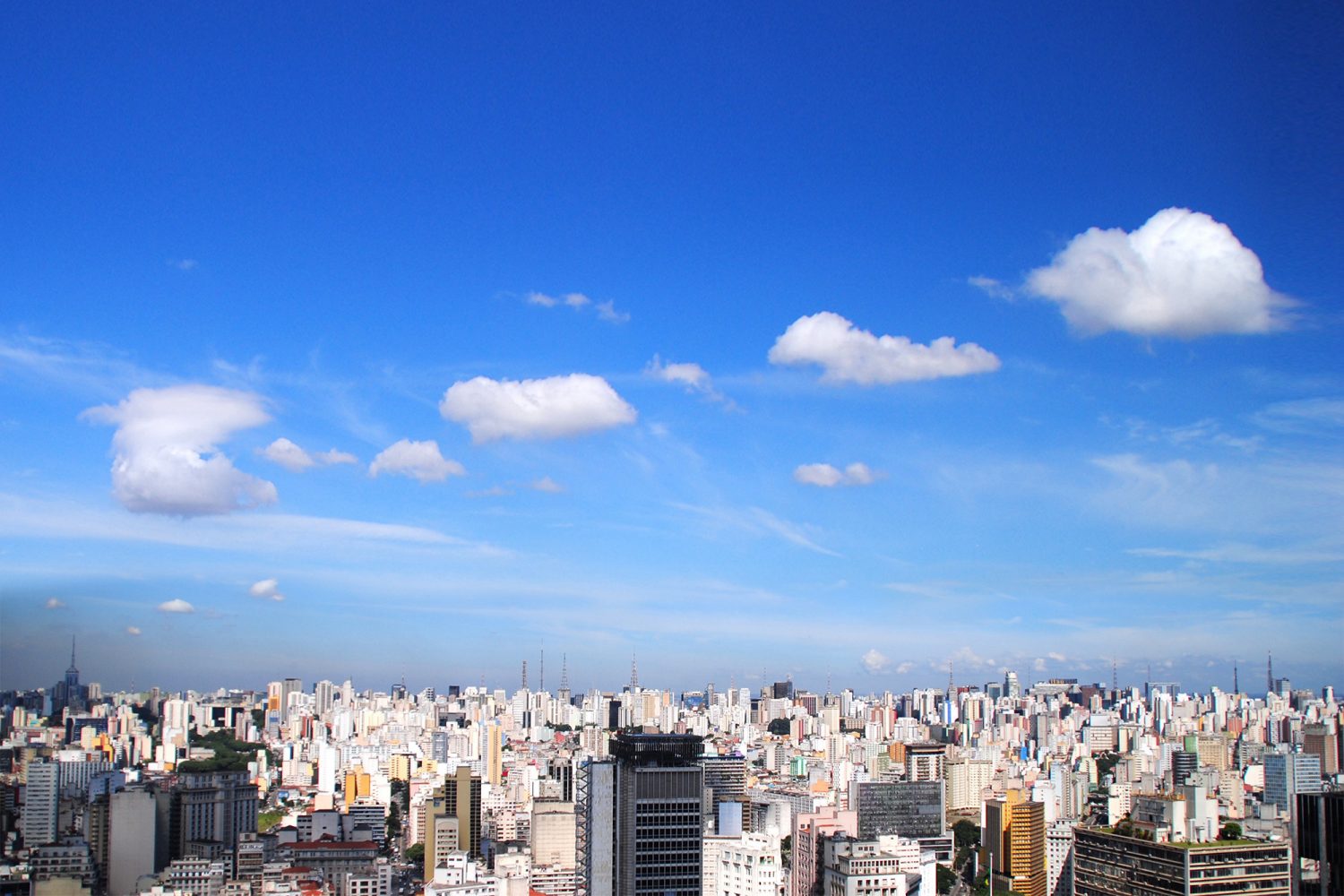 If you’ve ever been to Brazil, you’ll probably realize there’s an inherent silliness in trying to compare Rio vs São Paulo. Like New York and LA or Paris and Rome, there are far more differences between Brazil’s largest cities than there are obvious similarities.

On the other hand, I do think it’s interesting to compare and contrast the two cities for the sake of understanding, even if you plan to visit both on your next trip to Brazil. Having accurate expectations about places, particularly those in a country with as many hot takes written about it as Brazil, will only make your visit more illuminating.

Continue reading to learn more about Brazil’s ultimate urban rivalry, including about my own personal experiences traveling in both of these cities, each of which ranks among my favorites for different reasons.

Need help planning your trip to Brazil? Hire me as your Travel Coach!
Contents
1  The Truth About Rio and São Paulo
2  How to Compare Rio to Sao Paulo
2.1  Cityscape
2.2  Natural surroundings
2.3  Food and drink
2.4  LGBTQ+ life
2.5  Getting out of town
3  Is Rio or São Paulo More Dangerous?
4  Other FAQ About Rio and São Paulo
4.1  Should you visit Rio or São Paulo?
4.2  How far is São Paulo from Rio
4.3  Is it worth going to São Paulo?
5  The Bottom Line

The Truth About Rio and São Paulo

As I alluded to in the introduction to this piece, there is an element of futility in the Rio vs São Paulo. Apart from being located in the same country and having relatively similar name recognition, there is little to compare about Brazil’s largest cities. Personally, my own experiences traveling in these metropolises couldn’t have been more different, even though my first foray in both occurred just days apart.

For instance, in spite of São Paulo being more of a concrete jungle than the actual one that surrounds Rio, I found both to have a similarly wild dating scene, and I don’t mean “date” in the sense of save the dates or other benign uses of that word. Indeed, while beach bodies were not surprisingly more conspicuously on display in Rio than São Paulo, I found average Paulistas more attractive than the typical Carioca (and also, a great deal more humble!). 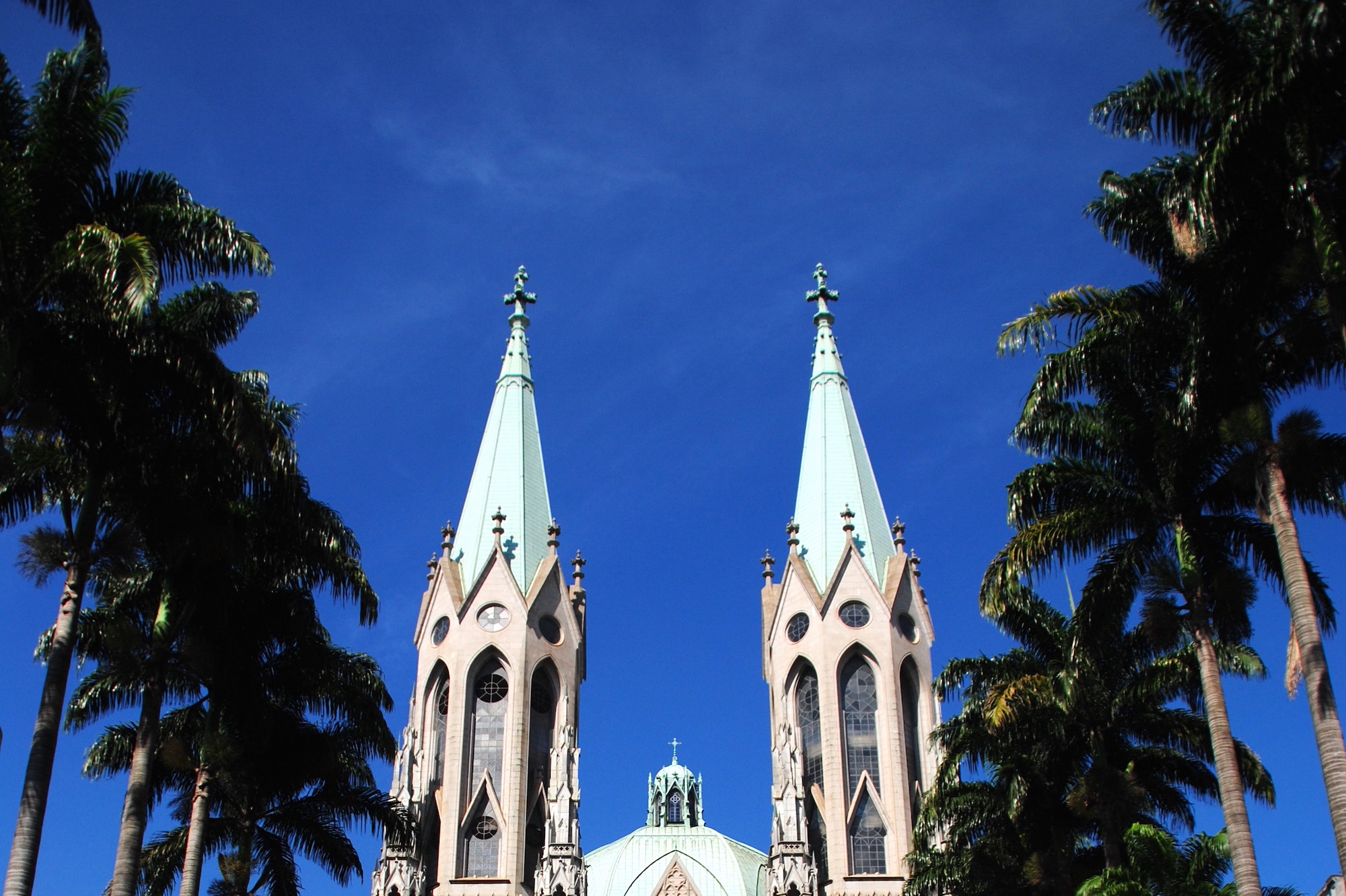 How to Compare Rio to Sao Paulo

On one hand, São Paulo has significantly more skyscrapers than Rio de Janeiro, spread out over a significantly larger geographical area. If there’s one city whose skyline embodies the term “megacity,” it’s São Paulo, the aptly-characterized “New York of Brazil.” On the other hand—and I’ll say more about this in a second—context is important.

Indeed, while not everyones loves Rio’s coastal environs as much as I do, it’s difficult not to crowd a clear winner in Rio vs São Paulo in terms of the nature that exists around and within the cities. On the own, to be sure, the utilitarian apartment blocs of coastal Rio neighborhoods like Ipanema and Copacabana might be forgettable, but they are iconic as they rise above the beaches.

I’ll be frank: I have never had a bad meal in Brazil. With this being said, I find the food in Rio to be much more conspicuously Brazilian, be it at the countless churrascaria grilled meat restaurants throughout the city, or at legendary establishments such as Garota de Ipanema. São Paulo, meanwhile, has more international cuisine, particular Japanese offerings in Liberdade.

The good news? The Rio vs São Paulo ends well for gay travelers, regardless of which city they choose. Whether on the golden sands of Rio or on Rua Frei Canaca (aka Rua “Gay” Canaca”) in São Paulo, LGBT travelers will be in good company in Brazil. The real difficulty is feeling confident around such good-looking men and women!

Getting out of town

Given the size of both Rio and São Paulo and how enjoyable it is to travel in both, I find taking day trips from either to be somewhat difficult. On the other hand, I think there are more options from Rio, both including hikes such as scenic Pedro da Gavea, as well as entirely different cities like Paraty.

If you were to read articles and study statistics, you might be led to believe that São Paulo is more dangerous than Rio. As of 2020, Rio had 45.8 murders per 100,000 residents, while São Paulo had 69.4, a differential of more than 40%. On the other hand, your risk profile as a traveler will be unique from those of local residents, to say nothing of how safety (or lack thereof) varies between the different neighborhoods of these cities.

Anecdotally, to be sure, my experience in Rio vs São Paulo (when it comes to crime, this is) has been in reverse of the prevailing narrative. I was pickpocketed in Rio, which was actually my only experience with petty theft anywhere in the world, as of early 2021. Moreover, everyone I know who has suffered violence in Brazil has experienced this in Rio de Janeiro (one friend was actually shot by boys driving past on a motorbike) and not São Paulo.

Other FAQ About Rio and São Paulo

Should I visit Rio or São Paulo?

If you have the time during your trip to Brazil, I would recommend visiting both Rio and São Paulo. You simply can’t replicate the beach-going experiences of Rio in landlocked São Paulo, which offers a diversity of culture and cuisine that simply doesn’t exist on the shores of Copacabana or Ipanema.

How far is São Paulo from Rio?

São Paulo is 220 miles from Rio as the crow flies, which results in a flight time of just under an hour. If you drive a private car or take a bus between Rio and São Paulo, on the other hand, you’ll traverse a distance of 265 miles in between 4-5 hours, depending on traffic and on road conditions more broadly.

Is it worth going to São Paulo?

São Paulo is absolutely worth visiting. Whether you peruse modern art at the Museu de Arte de São Paulo (MASP), devour pastéis at the Mercado Municipal or simply enjoy South America’s most expansive skyline from atop the BANESPA building, São Paulo will shattered all but the loftiest expectations.

Comparing Rio vs São Paulo may seem like a fool’s errand, but can be a useful exercise if you set the proper expectations. Both of these cities are essential part of any trip to South America’s largest country, whether you spend 3 weeks in Brazil or stay a much longer amount of time. Broadly speaking, you can think of São Paulo as the New York of Brazil, and Rio as its Los Angeles or Miami. This assessment, of course, is grossly oversimplified, given that São Paulo is much larger than New York, and Rio’s beaches are much better than any you find on the North American mainland. I hope you’ve enjoyed this post—and, more than that, that it will assist you as you put your Brazil itinerary together.