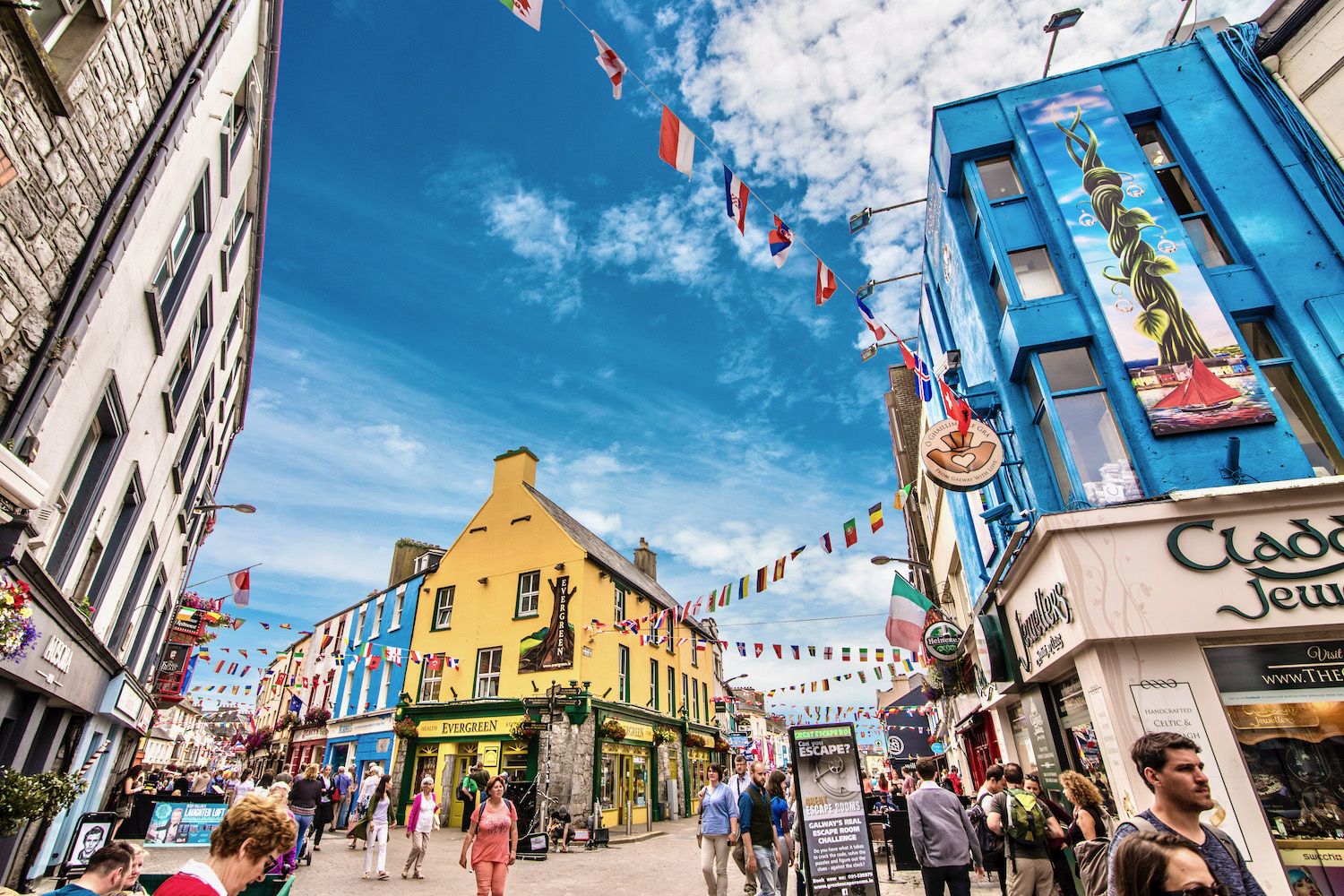 Is Galway worth visiting? My answer to this question, prior to setting foot in the largest city on Ireland‘s west coast, was a resounding “yes”—well, up until I set foot there.

Frankly, I found Galway to be an unattractive, disorderly mess of a city, and unbefitting on the beautiful part of the planet on which it’s built. I wondered, as I traipsed through the city center, whether I’d have been less disappointed if the city were in a less incredible natural surrounding.

I’m getting ahead of myself, however—and I’m drawing harsh conclusions without showing you my evidence. I hope you’ll continue reading so that you can grasp the totality of what I have to say.

Need help planning your trip to Ireland? Hire me as your Travel Coach!
Contents
1  Why I Visited Galway
2  5 Reasons Galway Disappointed Me
2.1  It’s unattractive
2.2  There aren’t many worthwhile attractions
2.3  The vibe is wack
2.4  (And so are the hotels)
2.5  Ireland is full of better destinations
3  Does Galway Have Any Good Qualities?
4  Other FAQ About Visiting Galway
4.1  How many days do you need in Galway?
4.2  What should I see in Galway?
4.3  How do I spend a day in Galway?
5  The Bottom Line

Why I Visited Galway

Before I discuss if I think Galway is worth visiting or not, I thought I should explain the context of my trip to you. I came here as I was driving the West Coast of Ireland several years ago. The day before, I had driven up and down the Dingle Peninsula (and failed, by the teeth of my skin, to score a ticket on a boat to Skellig Michael island of Star Wars fame), and was excited to have a night in a city before continuing my journey northward along the aptly-named Wild Atlantic Way.

Unfortunately, I found the creature comforts I sought in having endeavored to come to Galway in the first place lacking. Now, don’t get me wrong—this is a modern and developed city. In addition to having a festive university atmosphere, amenities ranging from supermarkets to an electric car charger are in abundant supply. However, several key factors prevented me from loving or even really liking the city.

Don’t be fooled by the main image I’ve chosen to represent this article: Galway is not an attractive city. This is true not only in absolute terms, but especially in comparison to other places in Ireland, from cities like Dublin and Belfast, to the scenically beautiful coast itself.

There aren’t many worthwhile attractions

Another reason I’m not sure Galway is worth visiting? There’s simply not a lot to do there. The Galway Cathedral, for example, is not really much of a cathedral at all, and really comes off (certainly from the outside) as more of an ugly library. Eyre Square, meanwhile, is muddy and not especially relaxing.

The vibe is wack

Now I’ll be honest: I visited Galway in the middle of the summer, so it’s possible that students from the National University of Ireland were mostly gone, meaning that the fun for which the city was known was necessarily absent. Still, I didn’t find anything particularly enjoyable about Galway’s vibe.

(And so are the hotels)

I would be lying if I said that reason that I doubt Galway is worth visiting is unique to that city. Indeed, hotels are lacking throughout Ireland. Even where plenty are available, the quality is low and the prices are high. Still, if I’d had a stylish or even comfortable sleep in Galway, I might look back on my time in the city more favorably.

Ireland is full of better destinations

Ultimately, Galway has stiff competition on the Emerald Isle—why would you spend even a single night in a mediocre, ugly city, when you have some of the most gorgeous scenery in the world an hour’s drive away? Ditto for the superb urban experiences on offer farther east.

Does Galway Have Any Good Qualities?

Galway is not, by any means, irredeemable—I mean, it’s not a third-world city. There are eateries featuring food from all over the world, and plenty of places to meet the basic needs of your life. While hotels are lacking (to say the least), you can find a clean, safe place to sleep, even if you will likely pay more for it than you should. Galway, as I’ve noted several times throughout this piece, is located at the midpoint of one of the best road trip routes in Europe.

Again, however, as I’ve also stressed many times, the only context in which I can say that Galway is worth visiting is…well, in the context of a larger Ireland road trip. I could never imagine coming here for the purpose of being in Galway, unless of course I had a business obligation, or the local tourism board were paying me to visit. (By the way friends: I’m totally open to being convinced that everything I’ve written here is wrong!)

Other FAQ About Visiting Galway

How many days do you need in Galway?

In my opinion, Galways is not even worth a full day and night of your time. Rather, I think it’s best (if you must) to stop here for lunch as you drive northward or southward along the Wild Atlantic Way, or as a diversion after having your mind blown by the beauty of the Cliffs of Moher.

What should I see in Galway?

Rather than attempting to sightseeing in Galway, which is largely devoid of attractions, I’d recommend setting your sights outside the city. In addition to the aforementioned Cliffs of Moher, other destinations along the Wild Atlantic Way (namely, the Dingle Peninsula further south of the city and the Cliffs) are worthy of your time.

How do I spend a day in Galway?

The best way to spend a day in Galway is to spend as little of your day in the city as possible. For example, you might leave from Dingle one morning and, after visiting the Cliffs of Moher, stop in Galway for a late lunch or early dinner before continuing north along the coast to wherever you choose to sleep. Or, you might sleep in Galway and simply leave as early as possible the next morning.

Is Galway worth visiting? That really depends on the context of your question, and the contours you expect your trip to take. If you’re planning to drive the Wild Atlantic Way regardless, and simply want to stop off here for a lunch break or even for the night, there’s no a lot of harm that can come from spending a bit of time in the hub of Ireland’s West. If, on the other hand, you were considering a purposeful long weekend trip to Galway from elsewhere in Ireland or Europe, I would absolutely advise against it. There are dozens of places in Ireland more worthy of your time—in fact, just about everywhere else in the country, as far as I’m concerned.