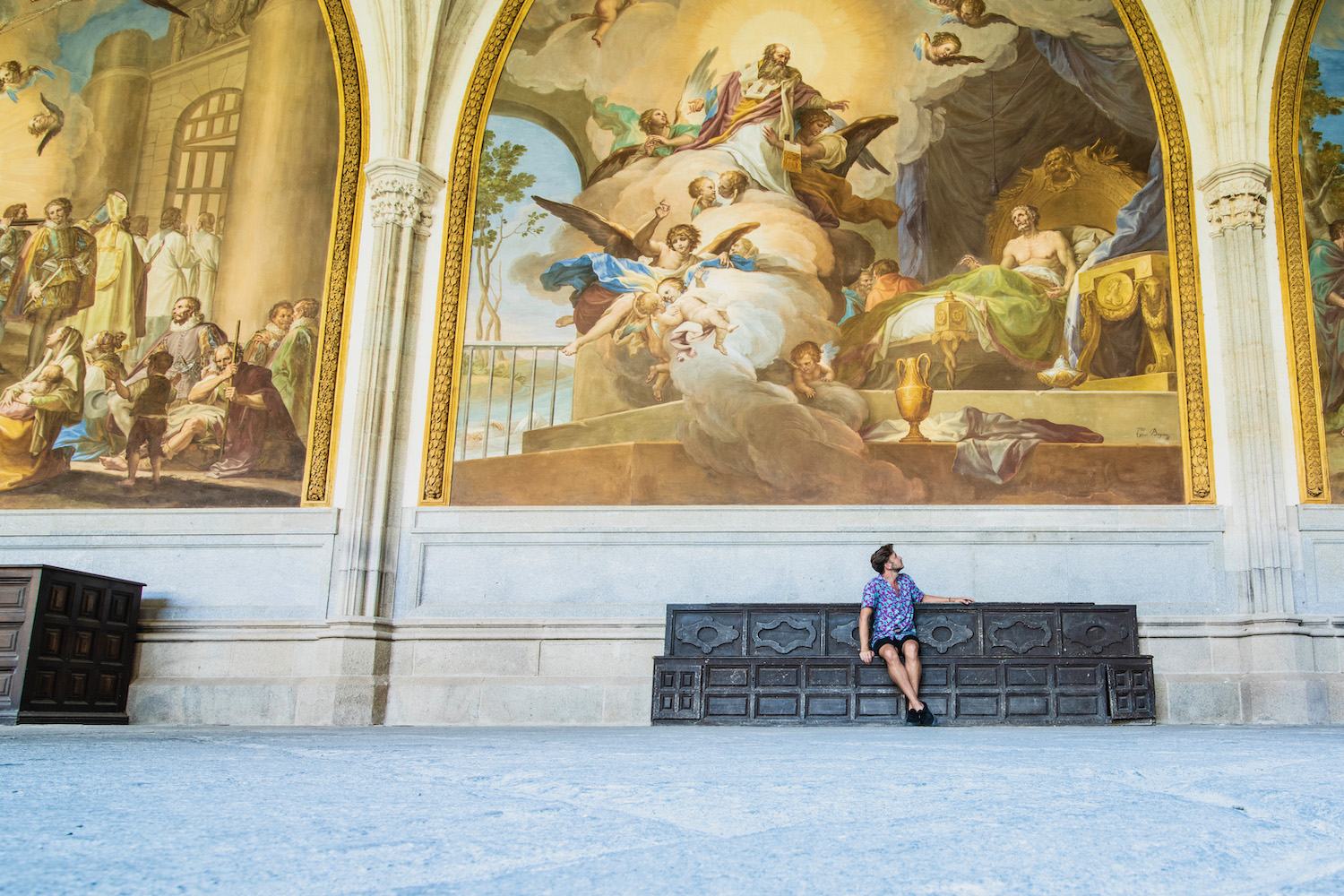 I’ll be honest: This post isn’t going to leave much ambiguity about how I feel about Segovia and Toledo, the two most popular day trip destinations from Madrid.

With this being said, most travelers end up visiting both of these cities when they’re in Spain. My opinion won’t be decisive as much as it is instructive, allowing you to set realistic expectations before your excursion(s).

Indeed, if I’d had more of an idea of what to expect when visiting Toledo and Segovia, I might not have preferred the former so strongly over the latter. Here’s everything you need to know about these places, irrespective of which ends up being more your style.

Need help planning your trip to Spain? Hire me as your Travel Coach!
Contents
1  Why I Prefer Toledo Over Segovia
2  How to Choose Between Segovia and Toledo
2.1  Distance from Madrid
2.2  Attractions
2.3  Cuisine
2.4  Vibe
2.5  Lighting
3  Can You Visit Toledo and Segovia in One Day?
4  Other FAQ About Visiting Segovia and Toledo
4.1  Which is better, Toledo or Segovia?
4.2  Is Segovia, Spain worth visiting?
4.3  Is Toledo, Spain worth visiting?
5  The Bottom Line

Why I Prefer Toledo Over Segovia

I’ll be honest: I was doomed to be disappointed with Segovia from the very beginning. What inspired me to visit was an image of the city’s Alcazar covered in heavy snow; I didn’t get around to visiting until the middle of summer. Still, I expected that the castle would be magnificent amid any scenery, to say nothing of the other famous attractions and landscapes of the scenery.

Toledo, by contrast, has many more absolute strengths, starting with the fact that it’s situated on a high plateau right above a river bend. No matter what the weather’s doing, Toledo’s cityscape is impressive, particularly when see from one particular viewpoint. Adding to this…well, I don’t want to give too much of the rest of this post away. I want you to read it all! 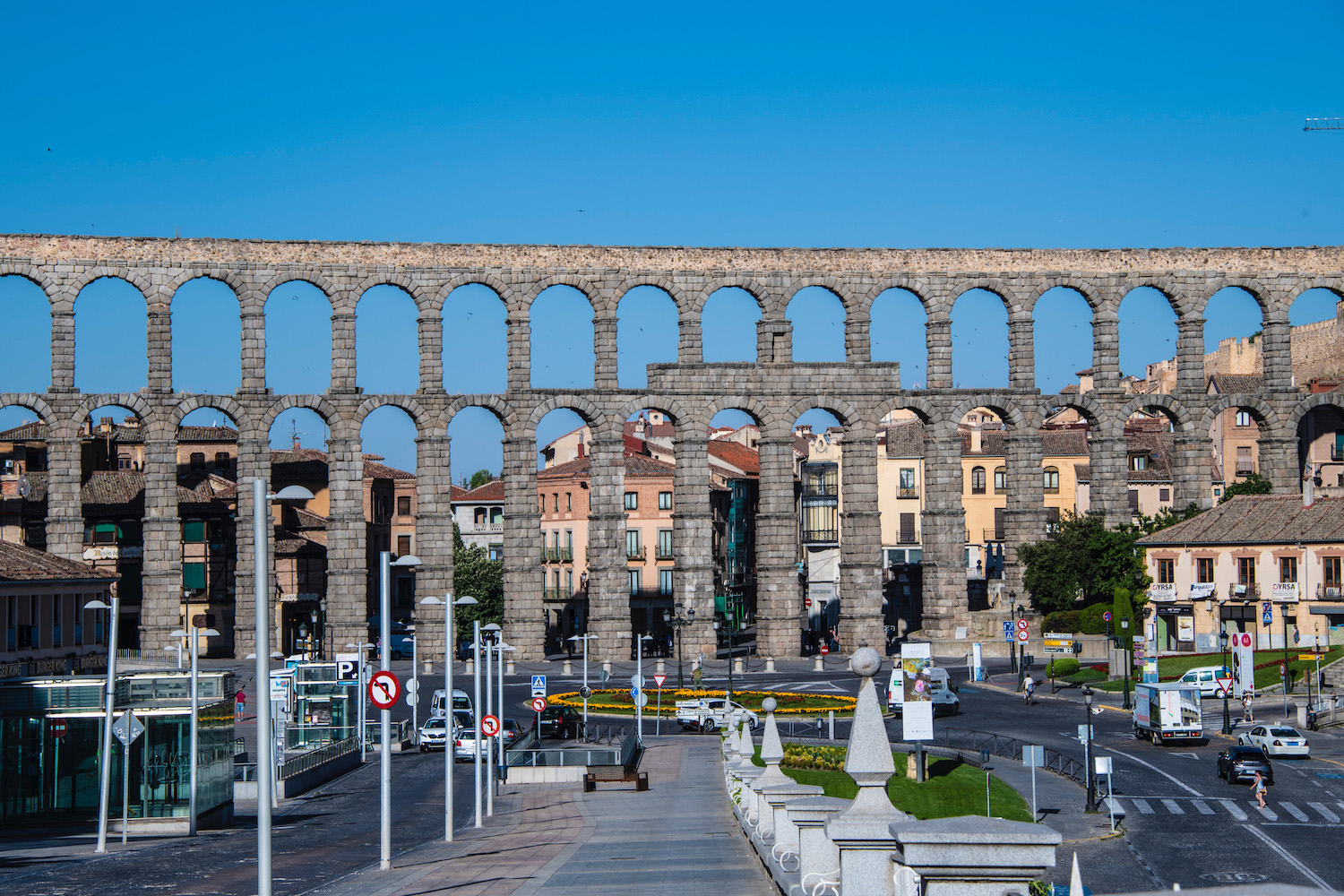 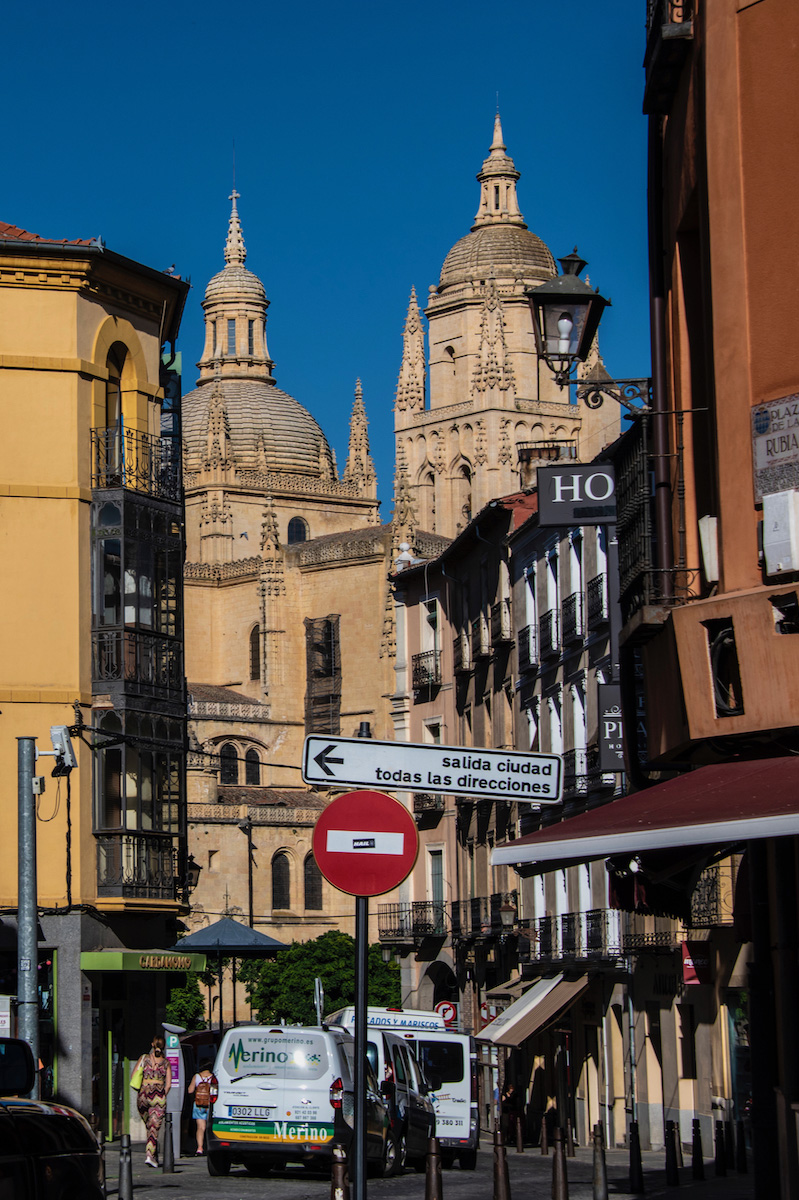 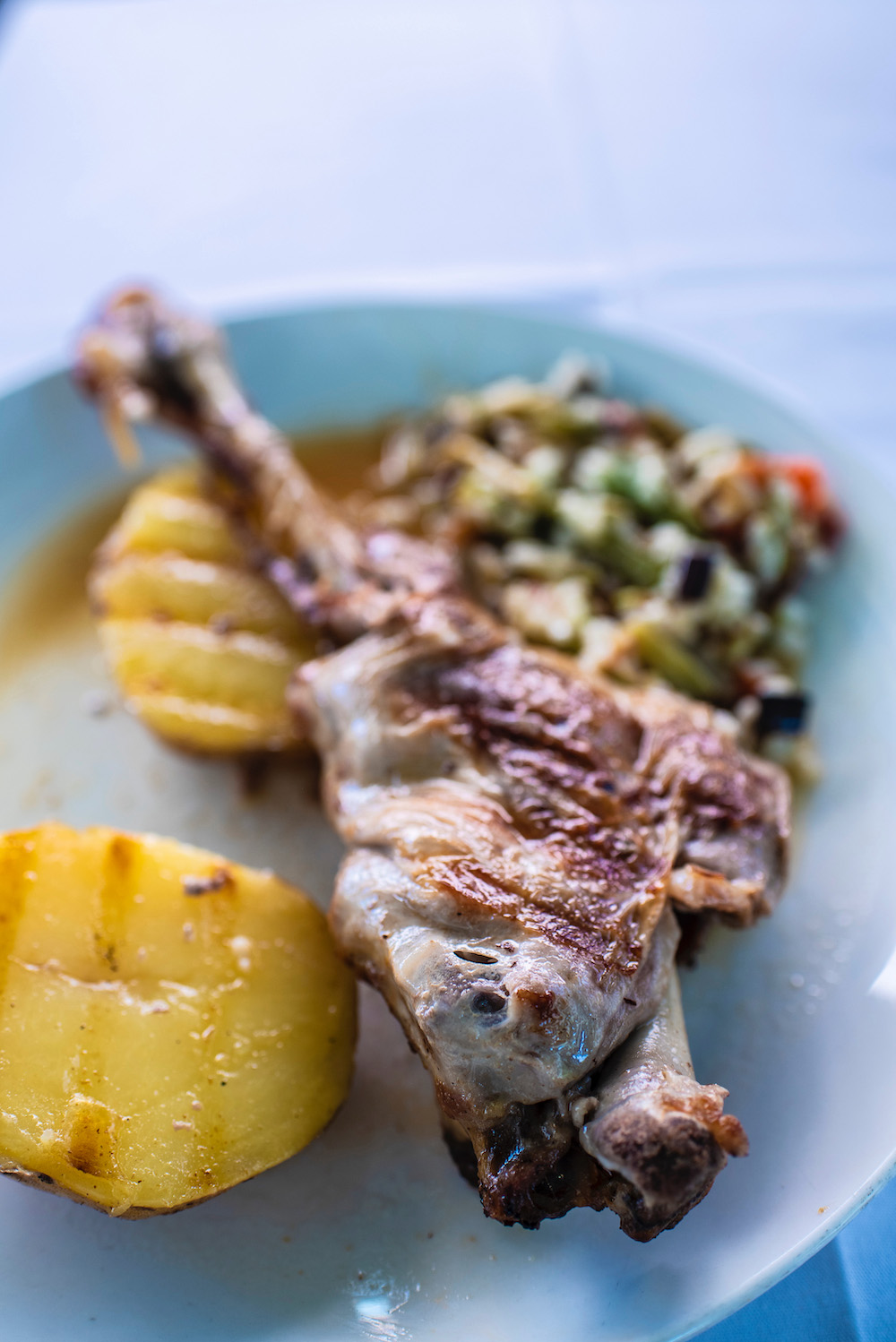 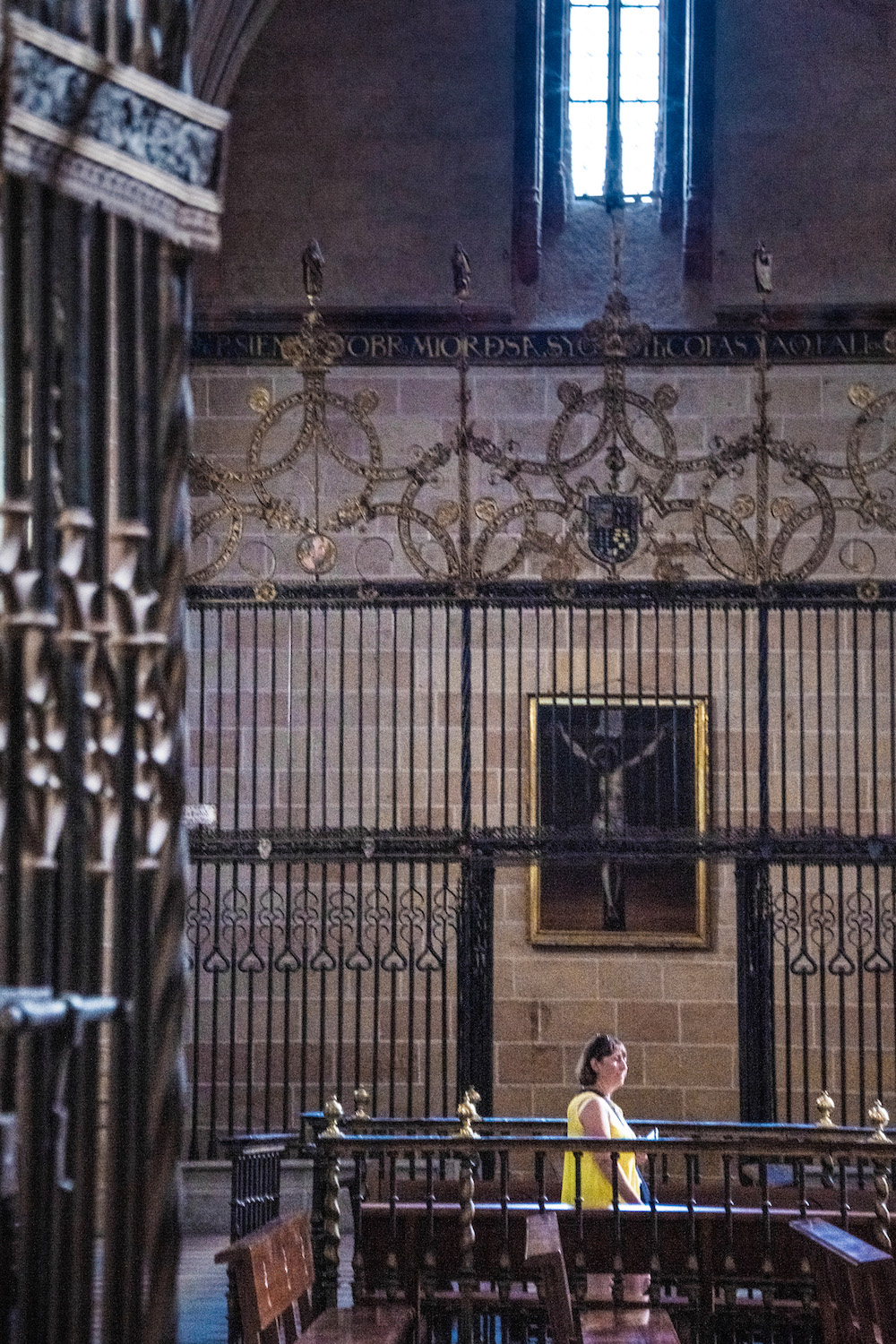 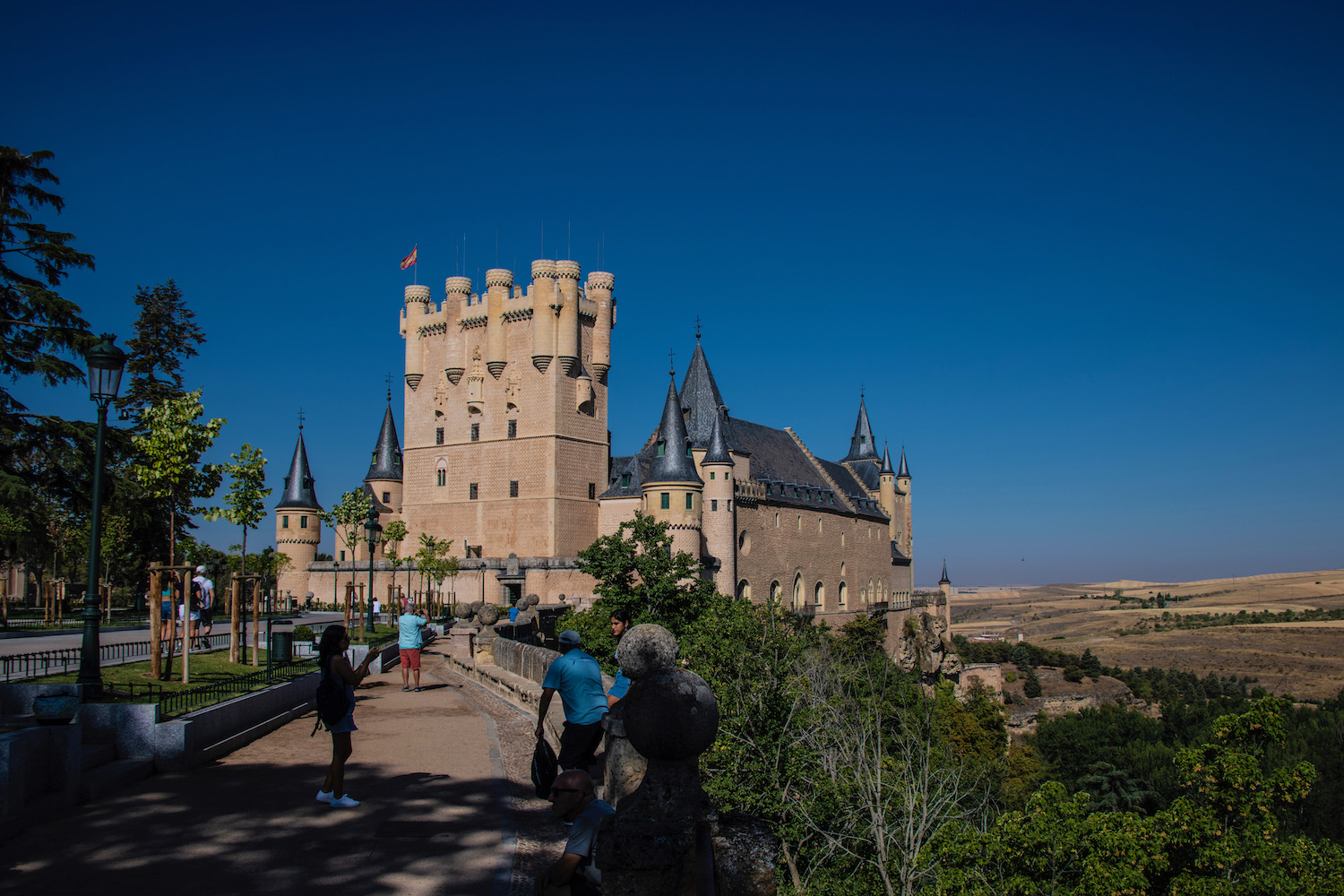 How to Choose Between Segovia and Toledo

Using Spain’s high-speed rail network, Toledo and Segovia are both less than an hour from Madrid. The difference here is that trains to Toledo depart slightly more often and, in my experience, are also more reliable. Another factor is that Puerta de Atocha (the station where travel to Toledo originates) is a bit more convenient to most Madrid hotels than Chamartín, where you’ll need to head if you plan to visit Segovia.

To me, this is where the Toledo vs Segovia question gets a bit more complicated. While Segovia technically has a more diverse array of attractions—Aqueduct, Cathedral, Castle, oh my!—I find that Toledo’s things to do (both individually and collectively) are just more satisfying. To be frank, Toledo’s Cathedral itself is, by itself, more enjoyable than everything I did in Segovia combined.

On one hand, it’s difficult to have a bad meal anywhere in Spain; when in doubt, sit down for tapas, or even just a plate of churros. On the other hand, I do find that Segovia has a culinary specialty that’s a bit more singular than anything in Toledo. Specifically, the cordero (usually served as a leg of lamb, whose meat falls right off the bone) is one of my favorite dishes anywhere in Spain, to say nothing of the suckling pig (cochinillo) that’s equally as famous.

While neither Segovia nor Toledo are places people visit to seek out “authentic Spain,” I do find that Toledo feels slightly more at peace with what it is than Segovia does. What I mean by this is that Toledo leans into its tourist trap status, and the entire city just kind of feels like a living museum. While Segovia carries this through visually, there are enough inconveniences you encounter when exploring that making your way through down can be frustrating.

This last point is kind of a nerdy one, and really one relevant if you’re a photographer (or love photography). It’s important to keep in mind, however, especially in summer when overhead light can be especially harsh. As a general rule, I recommend visiting Toledo in the morning and Segovia in the afternoon, as this is when light hits upon their most impressive views (Toledo from the Valley viewpoint, the “right” side of Segovia’s Aqueduct).

Can You Visit Toledo and Segovia in One Day?

If you plan everything out in advance—and, more importantly, aren’t totally jet lagged—you can absolutely see both Toledo and Segovia in a single day. If you’re a photographer I’d probably recommend visiting Toledo in the morning and Segovia in the afternoon or evening, as this is when the light flatters each city the most. I’d also recommend buying train tickets to both in advance, just to lock your times in.

Do keep in mind that while trains to Toledo depart Puerta de Atocha station, you’ll need to head to Chamartín if you want to visit Segovia. In practice, this may mean heading to Atocha station first-thing and riding a high-speed train to Toledo (which takes about 30 minutes), then spending 2-3 hours in Toledo and having lunch there. After riding the train back to Atocha, ride the Cercanías C3 or C4 to Chamartín, then ride another high-speed train (~45 minutes) to Segovia, where you can hang out until dinner before riding back to Madrid. 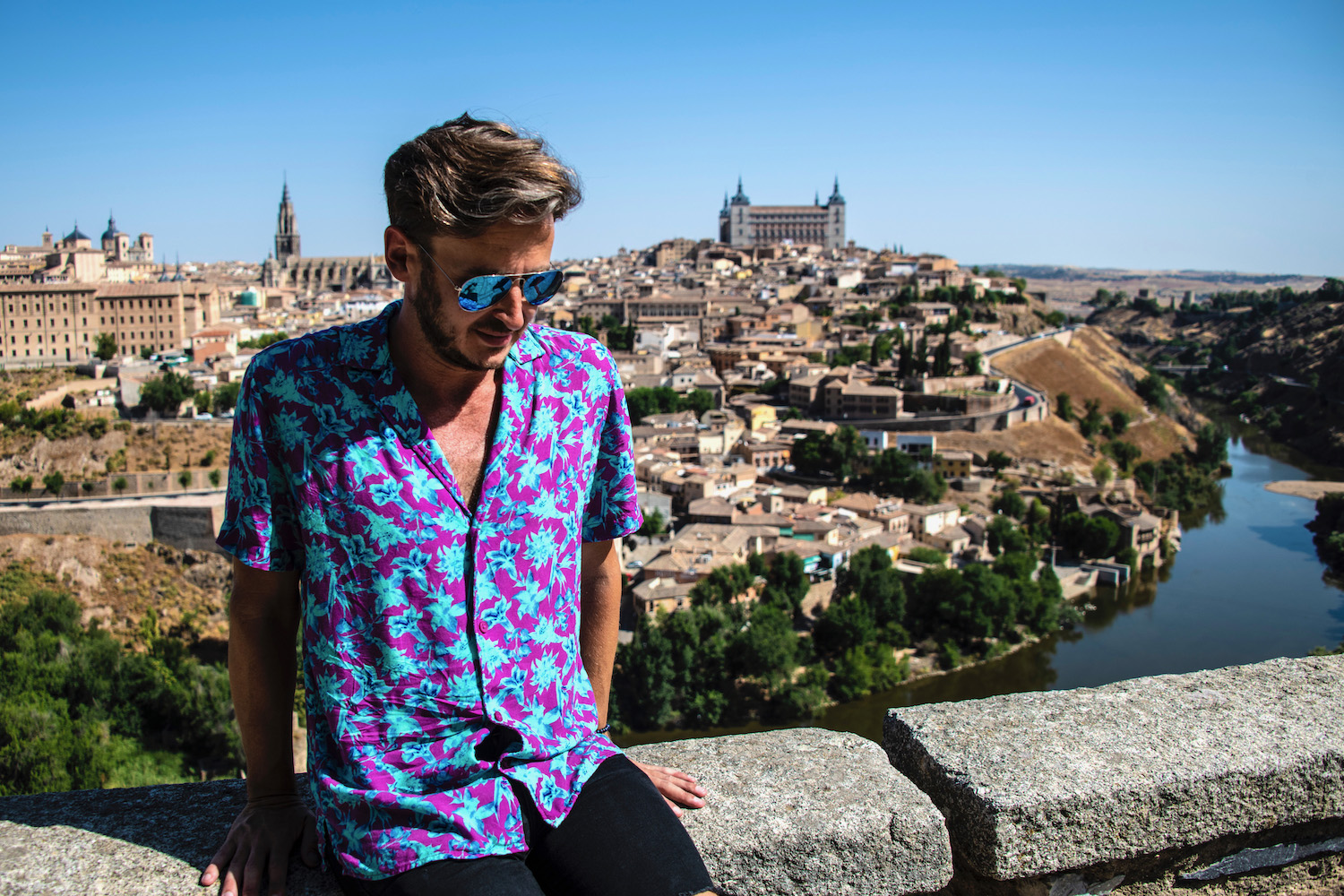 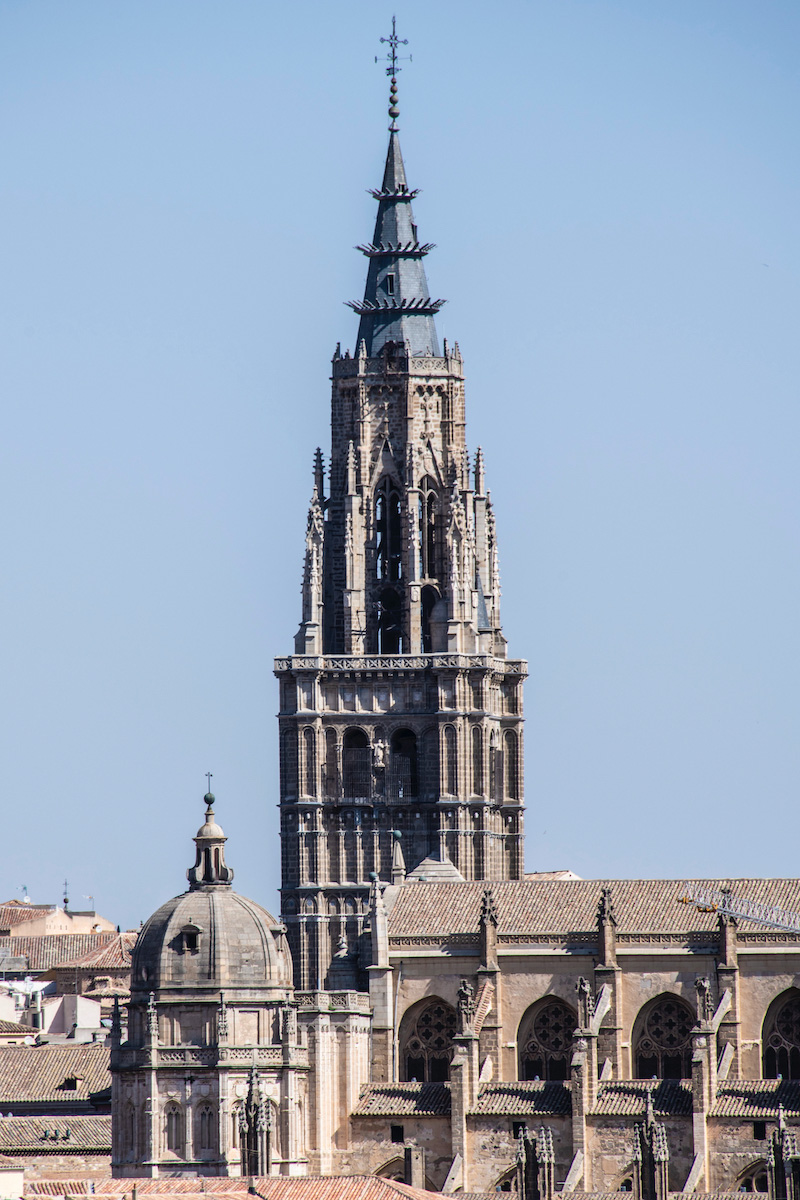 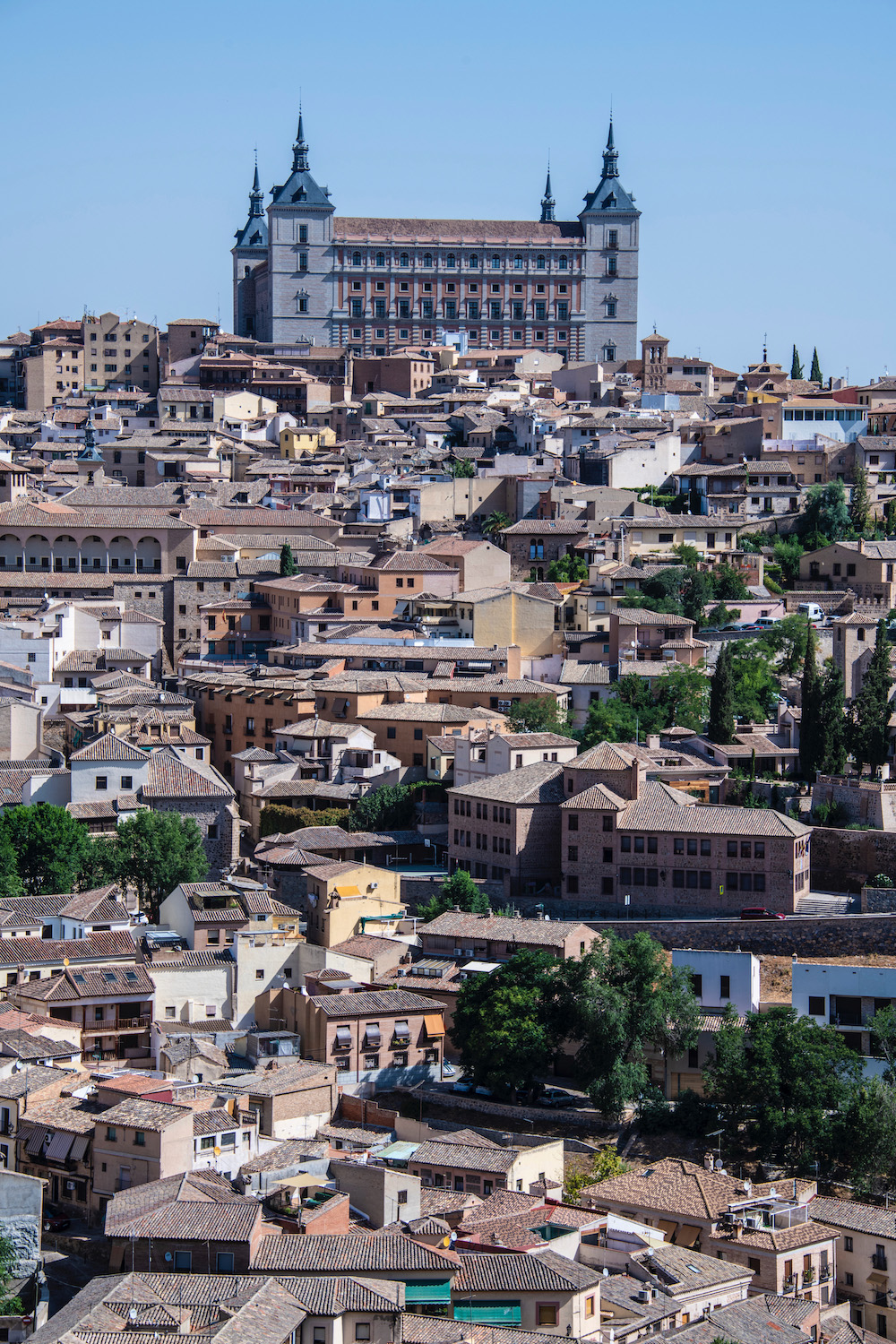 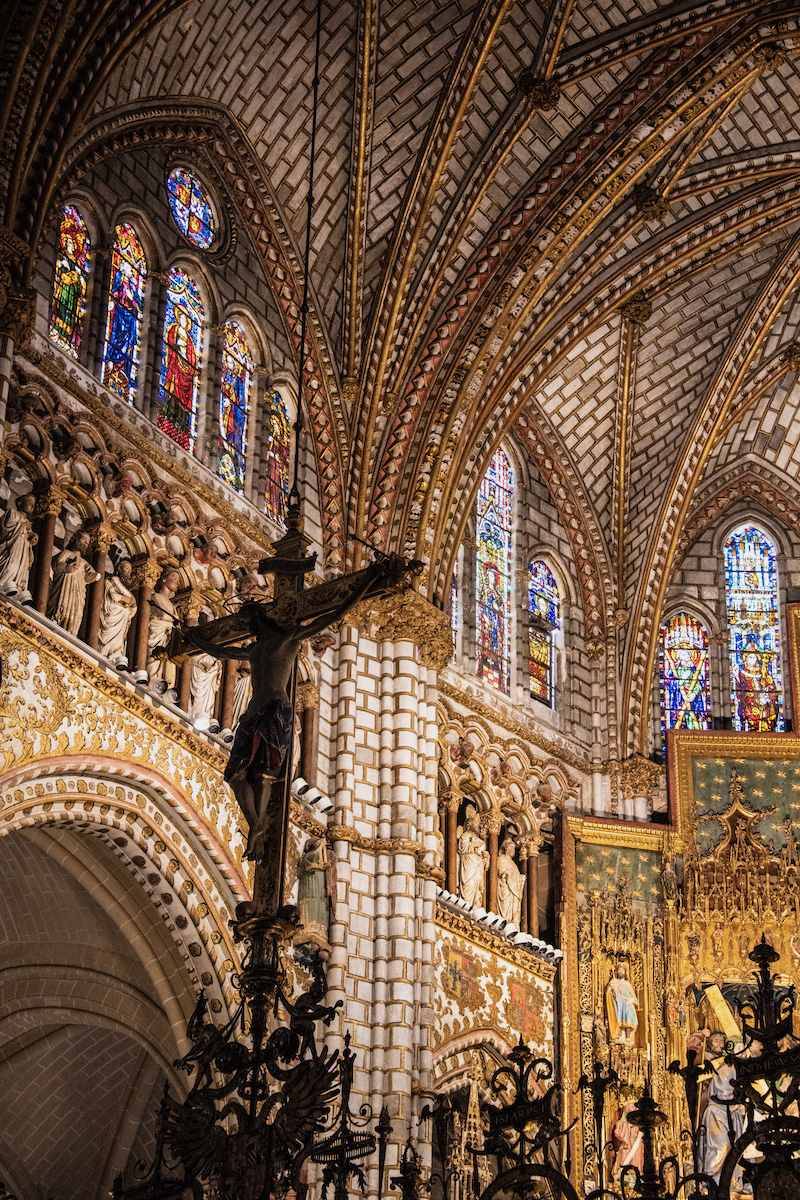 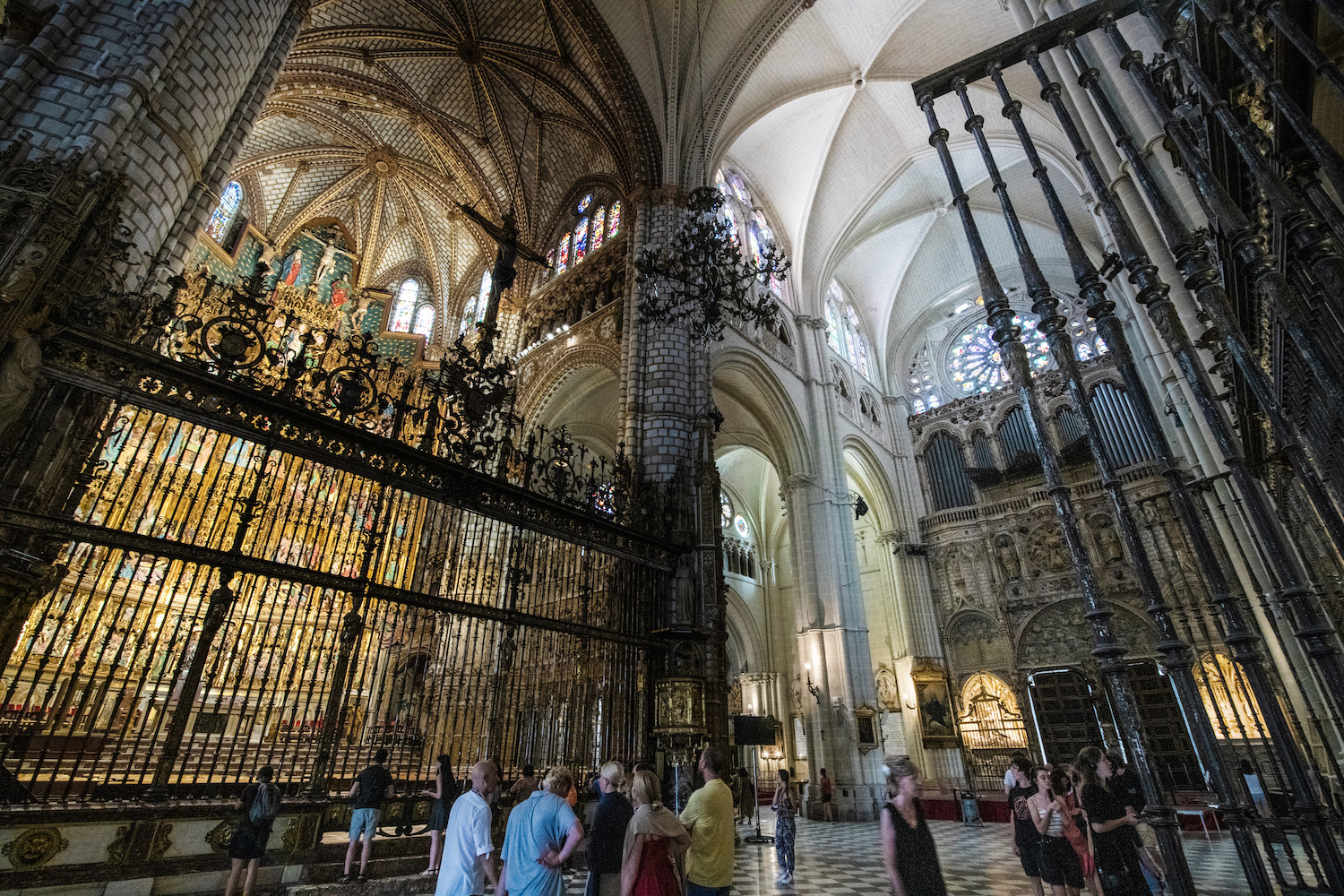 Other FAQ About Visiting Segovia and Toledo

Which one is better, Toledo or Segovia?

In my opinion, Toledo is a more fulfilling destination than Segovia because of its more interesting geography and cityscape, better cathedral and the comparable ease and convenience of getting there. However, if you can visit both Segovia and Toledo, I’d recommend doing so.

Is Segovia, Spain worth visiting?

Segovia is worth visiting if you have the time to get there, although I probably wouldn’t recommend going out of your way. While Segovia’s aqueduct is pretty unique in Spain, I find the Alcazar hugely disappointing; the Segovia Cathedral is not one of my favorites.

Is Toledo, Spain worth visiting?

Toledo is absolutely worth a day trip from Madrid! I usually like walking or taking a bus directly from the station to the “Valley” viewpoint, then walking or getting a taxi into the center of town and exploring Toledo’s awesome cathedral, before sitting down for lunch and whiling away the rest of the afternoon.

For me, Segovia vs Toledo isn’t much of a contest. Toledo is much more satisfying in just about every way, notwithstanding the fact that it’s easier to visit on a day trip from Madrid. With this being said, Segovia is absolutely still worth visiting, particularly if you’ve got at least 2 weeks in Spain and a free day (or two) in the capital. As with traveling anywhere, for any length of time, it’s all about having realistic expectations—I sure wish I had the first time I visited Segovia! Regardless of when you plan to visit Spain or for how long, I do hope you’ll consider hiring me as your Travel Coach.