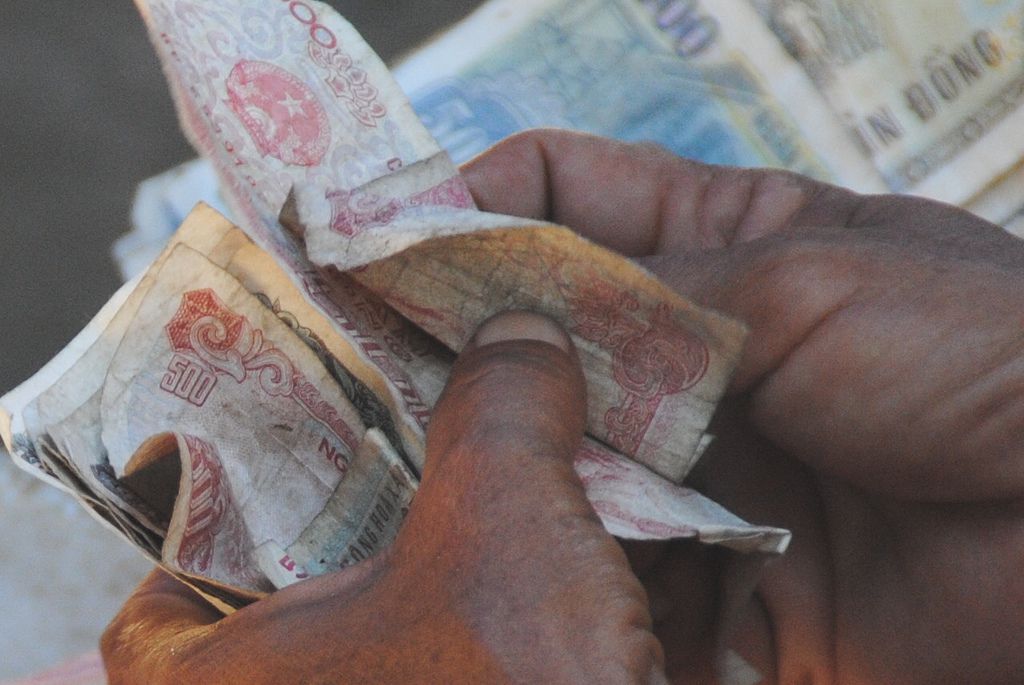 Vietnam is one of the cheapest countries for travelers not only in Southeast Asia, but in the entire world. Whether you’re a budget traveler who prefers to stay in hostels and guests houses, eat local food and travel using public transport whenever possible, or prefer to splurge on luxury hotels and four-start meals on account of lower across the board prices, few places on the planet exist where you get as much bang for your proverbial buck as you do in Vietnam.

This is in large part due to the perpetual weakness of Vietnam’s currency, the dong. In spite of several revaluations in recent decades, the value of the dong is still extremely low — about 20,000 to one U.S. dollar the last time I visited, an exchange rate that’s still more or less accurate to this day.

Irrespective of exchange rate, however, Vietnam is a country still in the early stages of development, which translates to uniformly low prices throughout the country. The Vietnam travel cost is uniformly low, whether you’re a backpacker searching for budget bets, or a high-end travel in search of five-star bargains.

Need help planning your trip to Vietnam? Hire me as your Travel Coach!

All About the Dong

The Vietnamese dong tends to cause confusion among travelers first and foremost because of its bizarre exchange rate — usually somewhere around 20,000 to one U.S. dollar. When you arrive at Saigon or Hanoi International Airport and exchange currency, you will like second- and third-guess yourself (and the currency exchange representative) to make sure you aren’t getting ripped off.

Getting cash at an ATM the first time can also be harrowing. Most offer withdrawals in the millions of dong, with one million being approximately equal to $50 and two million about $100.

Once you’ve obtained Vietnamese money and figured out its relative worth — or lack thereof, as the case may be — you’re ready to start spending it. Costs of most things in Vietnam are uniformly low, accommodation and transportation (which usually make up the bulk of a budget traveler’s spending) included, albeit with some exceptions.

Prices are low enough in Vietnam that you can stay in a budget hotel or guest house (as oppose to a hostel) if you’re traveling with two or more people. From Saigon all the way up to Hanoi, my friends Amber, Kale and I were able to book triple rooms at a cost of no more than $20 per night, or less than $7 per person. Solo travelers may find that booking a dorm bed in a hostel results in an even lower bottom line.

Feeling splurge-y? Getting a four- or five-star room in most Vietnamese cities doesn’t require a huge financial expenditure. I saw a four-star hotel on the waterfront in the former French colonial town of Hoi An for just $45 per night, or about $25 per night more than the in-town two-star where my friends and I shacked up. Cheap Vietnam luxury hotels are definitely a thing! 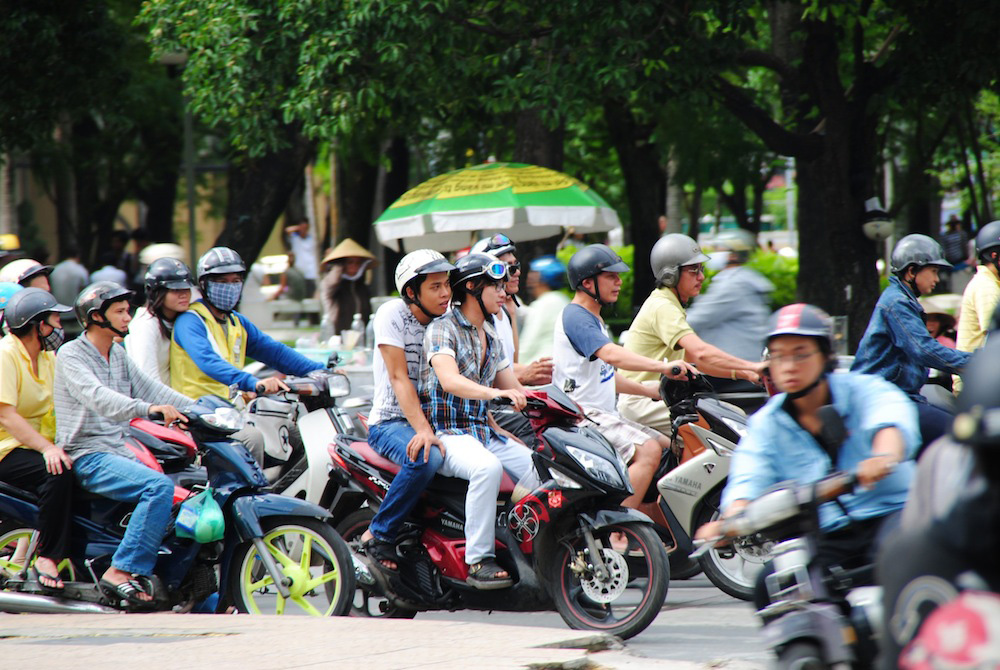 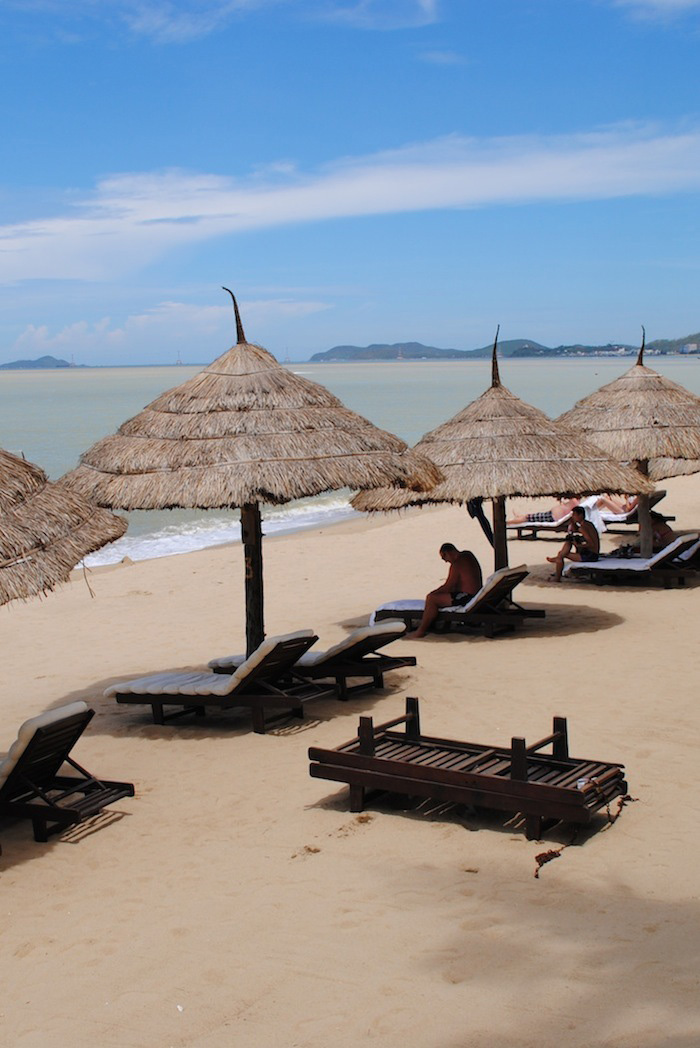 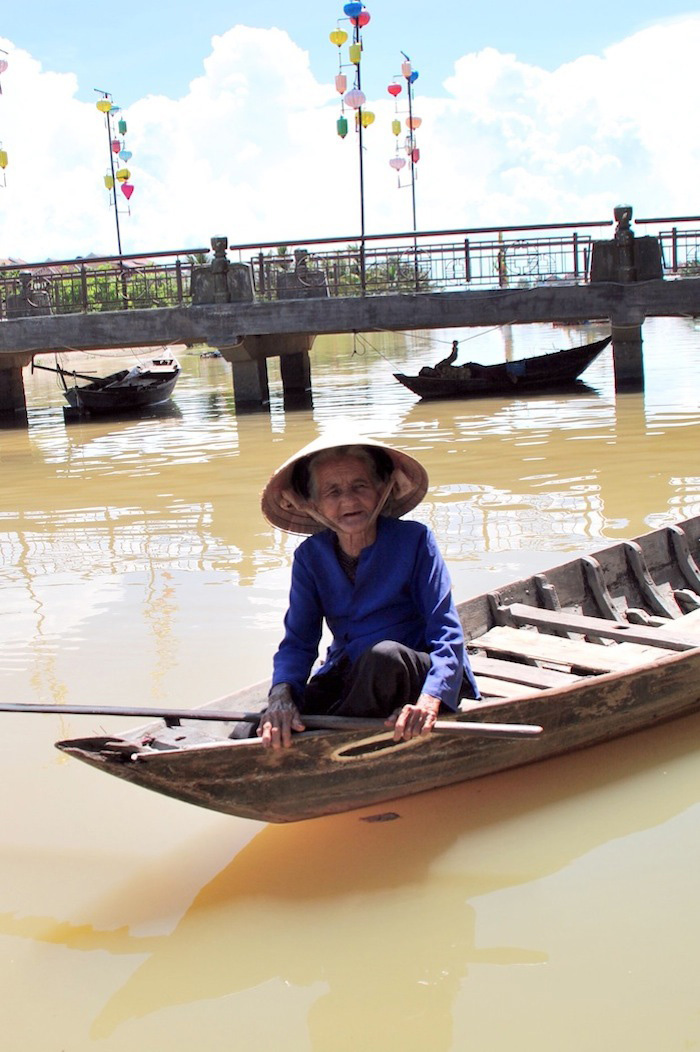 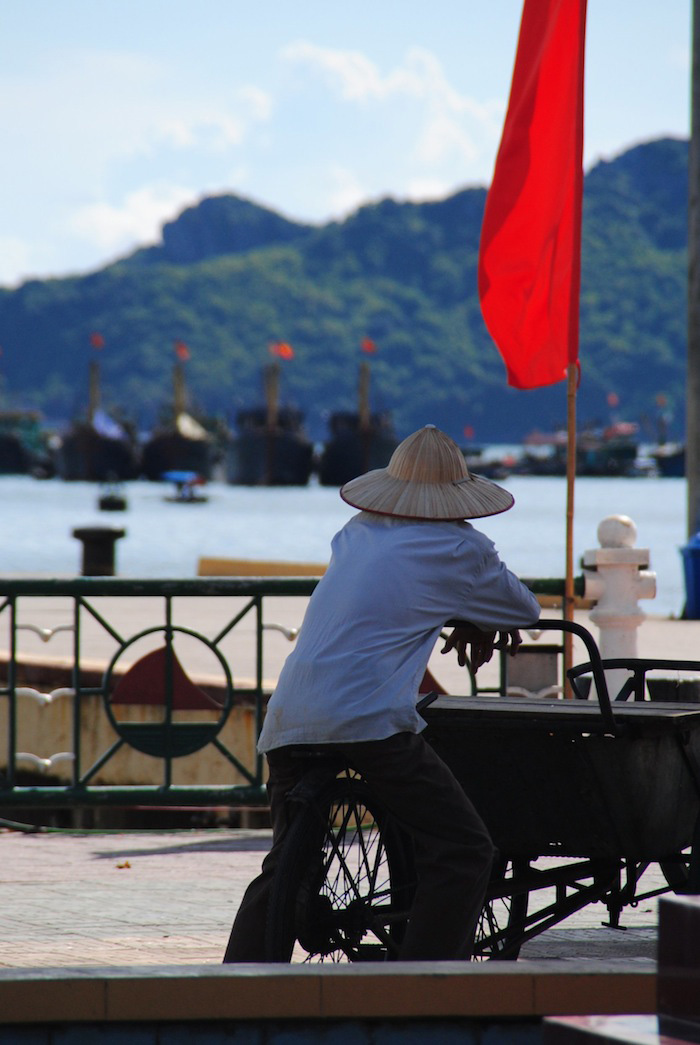 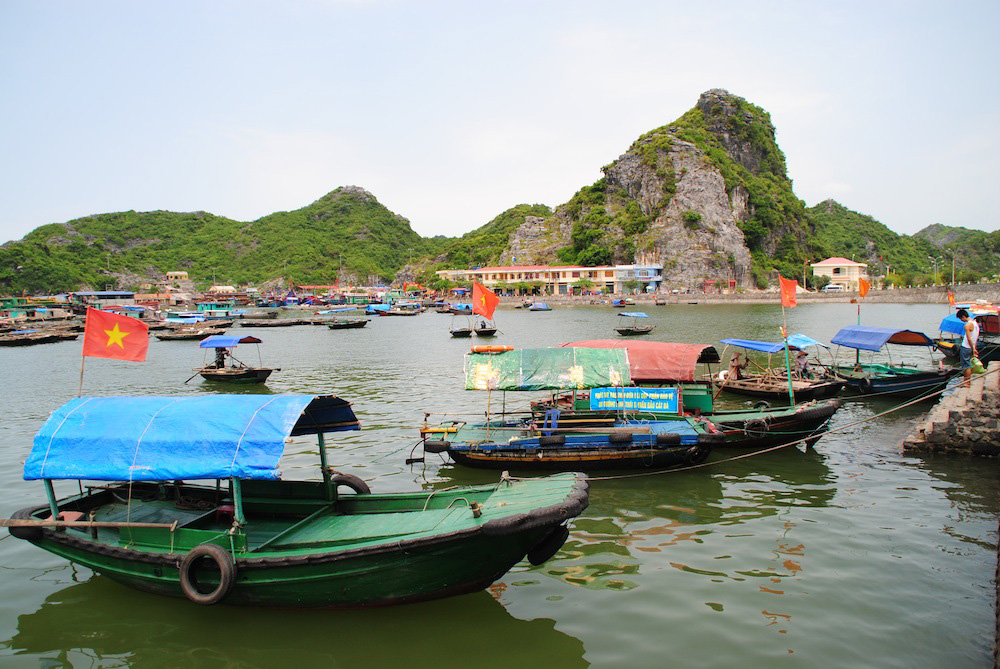 Vietnam transportation is cheap, especially if you travel like a local. As I detail in my piece on traveling the coast of Vietnam by bus, it’s possible to bus it up or down the entire coast of the country for under $50 per person.

Prefer to fly? It’s quicker and more comfortable, that’s for sure, but prices (although still affordable, at around $20-50 one-way when booked in advance) are a bit higher. I’ll take more about cheap Vietnam flights from abroad in just a few paragraphs.

Food and Drink in Vietnam

If you’re like me and love Vietnamese food, dining in Vietnam would prove delightful no matter the cost. Thankfully, costs of local foods and drinks are so low they’re almost free. Certainly, food is yet another circumstance in which the answer to the question “Is Vietnam cheap than Thailand?” is a resounding “yes.”

You can expect a delicious bahn mi sandwich, for example, to run you no more than 25,000 dong in big cities like Saigon and Hanoi — and even cheaper in smaller cities and towns. In Nha Trang, for example, I paid just 15,000 for what was without a doubt the best bahn mi of my entire trip. Similar price points exist for pho soups and vermicelli dishes.

Vietnamese iced coffee with milk, known locally as ca phe sua da, is likewise cheap, but be warned: the local preparation comprises only a few sips of coffee and condensed milk — and an exorbitant amount of ice. Thankfully at just 5,000 or 10,000 dong per serving, it’s easy enough to request the barista double up on the good stuff.

As is the case in most of the rest of Asia, indulging in Western dining and drinks costs you significantly more than local options — and in the case of alcohol, maybe even more than you might pay in your hometown, particularly for drinks mixed with premium liquors. Make sure and ask about prices before you order to make sure you have enough dong to cover your tab.

Shopping and Other Expenses in Vietnam

If you’re going to indulge in souvenir shopping or any of the other money-wasting behaviors I advise against, Vietnam is definitely the place to do so, if only because costs of all your necessities are so low.

Of course, this isn’t to say that everything else in Vietnam is cheap. I made the mistake of purchasing a kitschy t-shirt in Saigon shortly after I arrived, for example. In addition to the fact that the shirt had stretched beyond the point of wearing within a few days, I paid 100,000 dong — or enough to eat three meals in a day — in the piece of shit.

One purchase that will make your time in Vietnam significantly easier is a Vietnam travel data — and, if you include calls in your plan, a local phone number — from a Vietnamese mobile carrier. Doing so permits you to use your phone much as you would in your home country, but without exorbitant roaming costs and ever-changing networks.

Is it Cheap to Fly to Vietnam?
Yet another affordable thing about traveling in Vietnam is flying there. Whether you’re coming from within Southeast Asia or far away (I’m talking America and/or Europe far away), flights to Vietnam are almost always affordable, which is great news for you in spite of being awful news for airlines. In fact, cheap Vietnam flights are so common that there’s almost no chance you’ll pay more than $1,000 round-trip, from anywhere in the world.

Is Vietnam cheap or expensive? With almost no exceptions (foreign foodstuffs in supermarkets, and alcohol at some fancy bars) Vietnam is one of the cheapest countries in Asia, and the world. Vietnam’s affordability is both absolute and relative, whether you’re a bargain-basement backpacker or a luxury traveler whose budget is big, but not unlimited. Are you ready to book your flight yet?