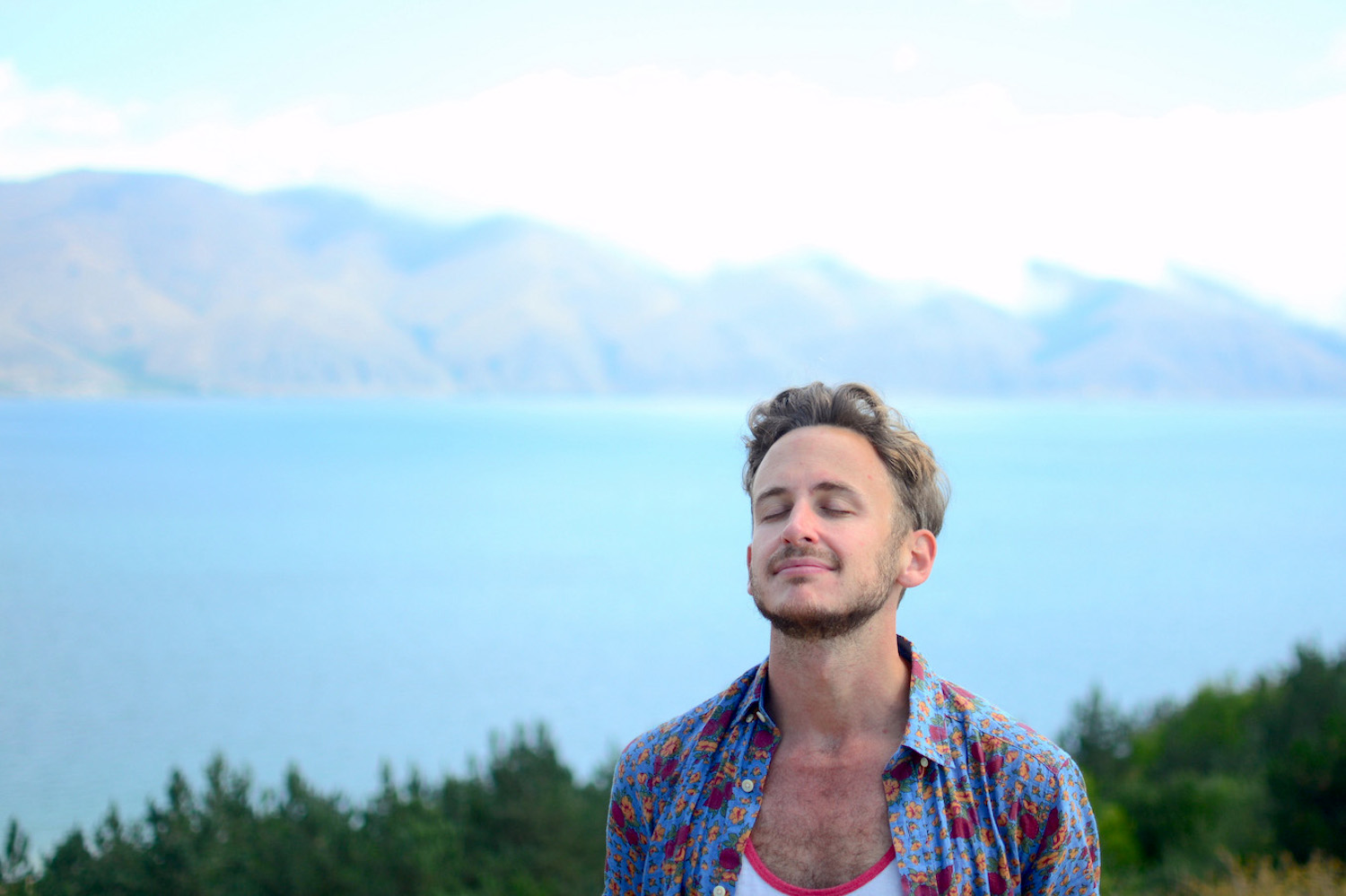 Is Armenia worth visiting? That’s a complex question, but for me the answer is simple.

Before I traveled to the Caucasus, Armenia was definitely the country I anticipated would affect me most. Photos of high-altitude lakes and ancient churches notwithstanding, I sympathized with the sad plight of the Armenian people and had a feeling, based on my interactions with citizens of countries with similar histories, that this would translate to an Armenia itinerary that would literally stop me in my tracks.

Unfortunately, Armenia ended up being my least-favorite stop in the Caucasus by a very long shot. In fact, I ended up disliking the time I spent there so much that I cut my planned Armenia trip in half. If you’re asking yourself “Should I visit Armenia?”, whether as part of a larger Georgia Armenia itinerary or a standalone Armenia itinerary, you’ll want to continue to reading to learn how I arrived at this conclusion.

Need help planning your trip to the Caucasus? Hire me as your Travel Coach!
Contents
1  My Experience in Armenia
1.1  The Problem With Yerevan
1.2  Music to My Ears
1.3  Running to Stand Still
2  Context of the Caucasus
3  FAQ About Visiting Armenia
3.1  Is Armenia good for tourists?
3.2  How long should I spend in Armenia?
3.3  Is it safe to go to Armenia now?
4  The Bottom Line

My Experience in Armenia

The Problem With Yerevan

My eventual distaste for Armenia wasn’t for lack of a good first impression. To be sure, my Armenia itinerary began inside the lobby of Tufenkian Historic Hotel Yerevan, which was one the nicest hotels I’d ever stayed in at that point in my life, to say nothing of its central location to the attractions of Yerevan. The problem with this? Yerevan doesn’t have many attraction, at least not ones that are worth seeing in my opinion.

If you have to spend a day (or, God forbid, longer) in Yerevan, the only place I’d recommend you go out of your way to see is the Cascade Complex. A massive monument to Armenia’s heritage that now seems every bit as ironic as it does majestic, Kaskad (as it’s known in the Armenian language) is mostly useful because of the view it provides of the city—and, on clear days, Mt. Ararat. Republic Square is also rather beautiful too, even if it’s not spectacular. 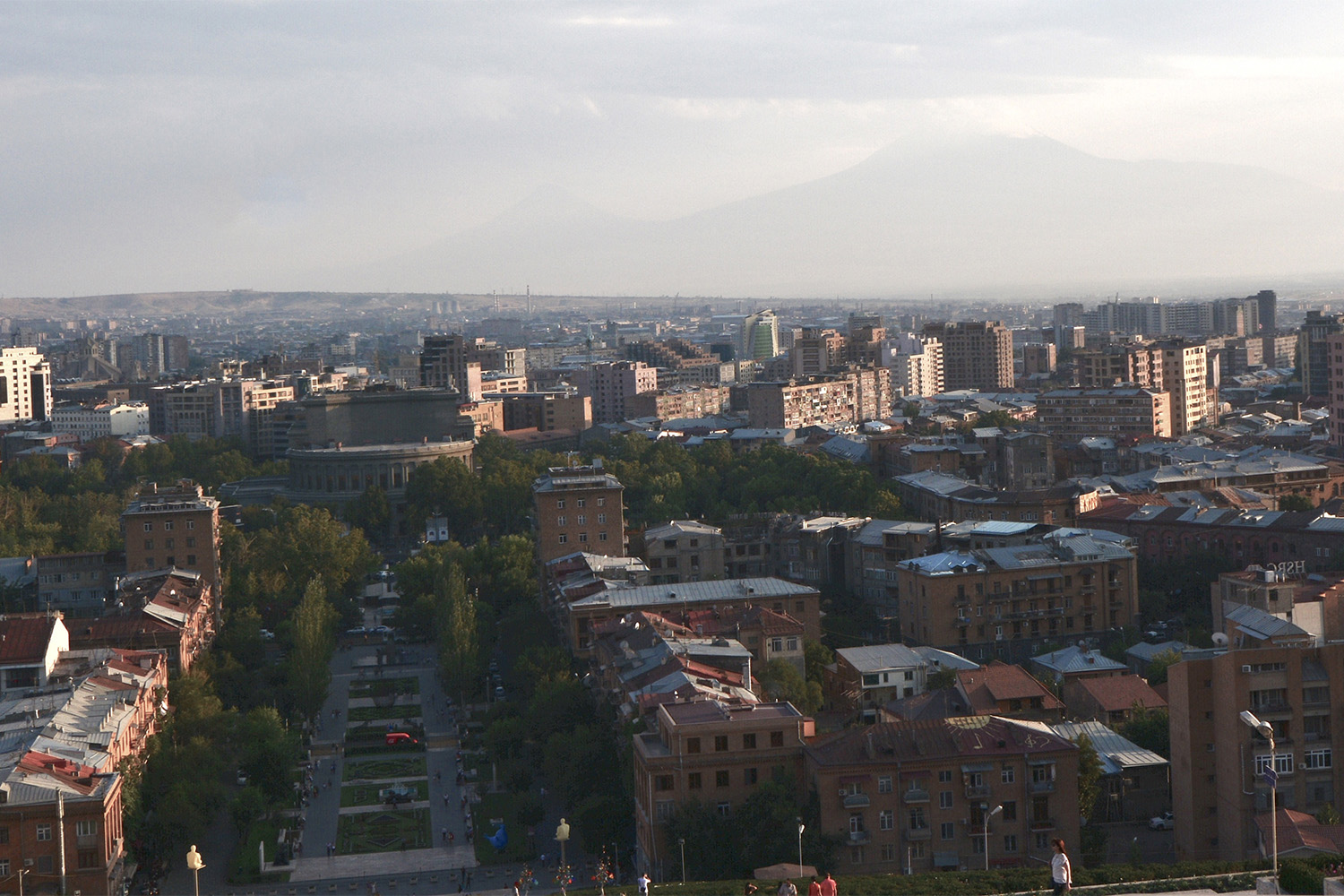 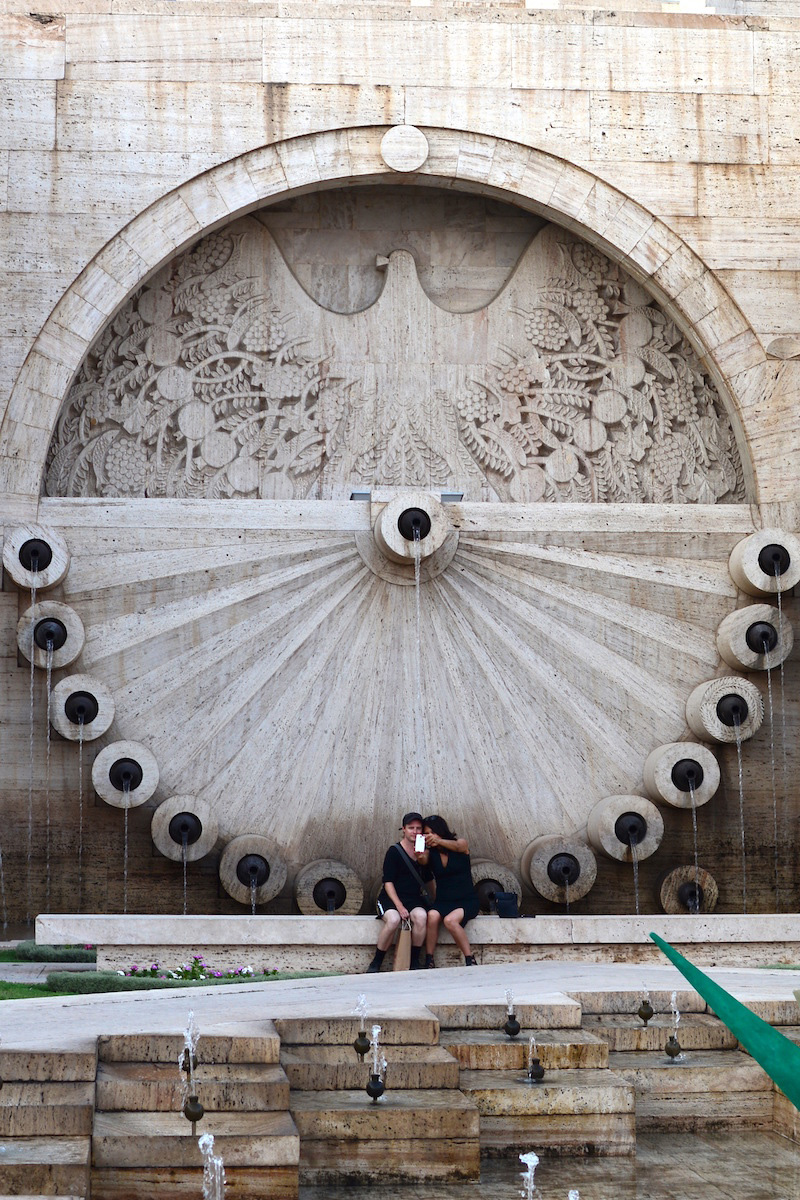 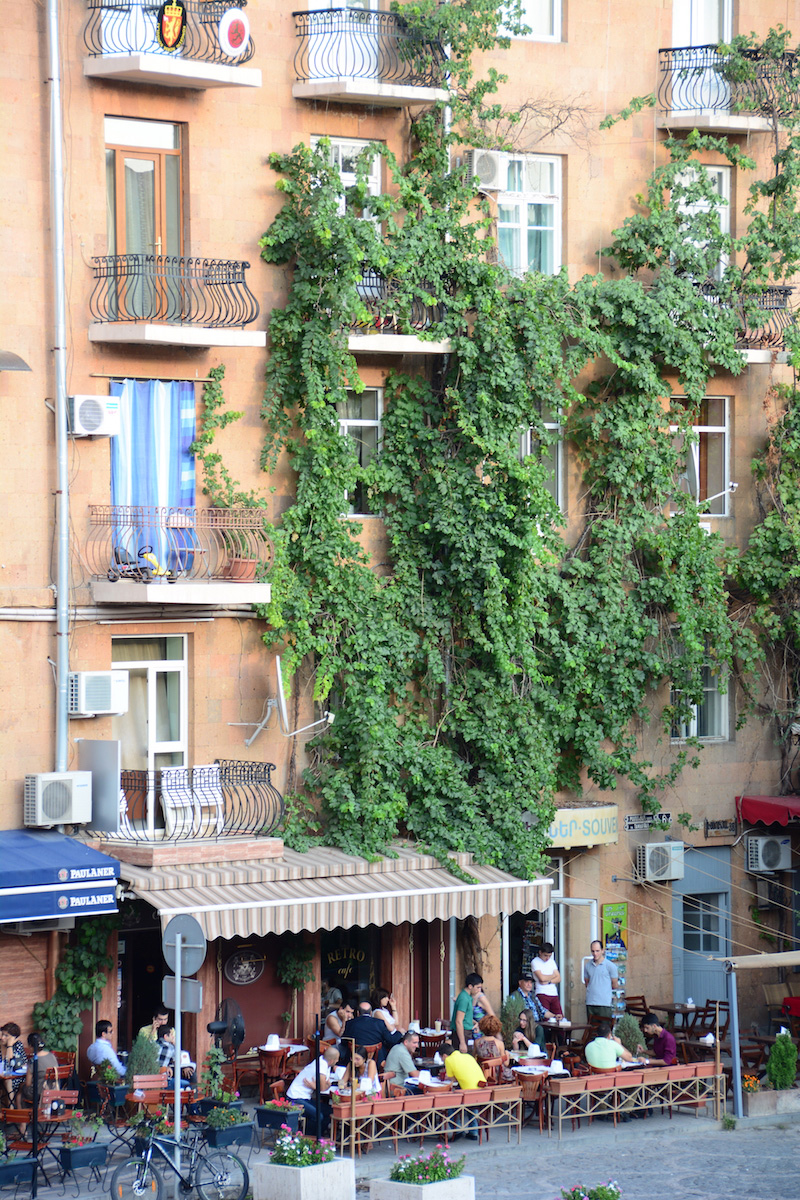 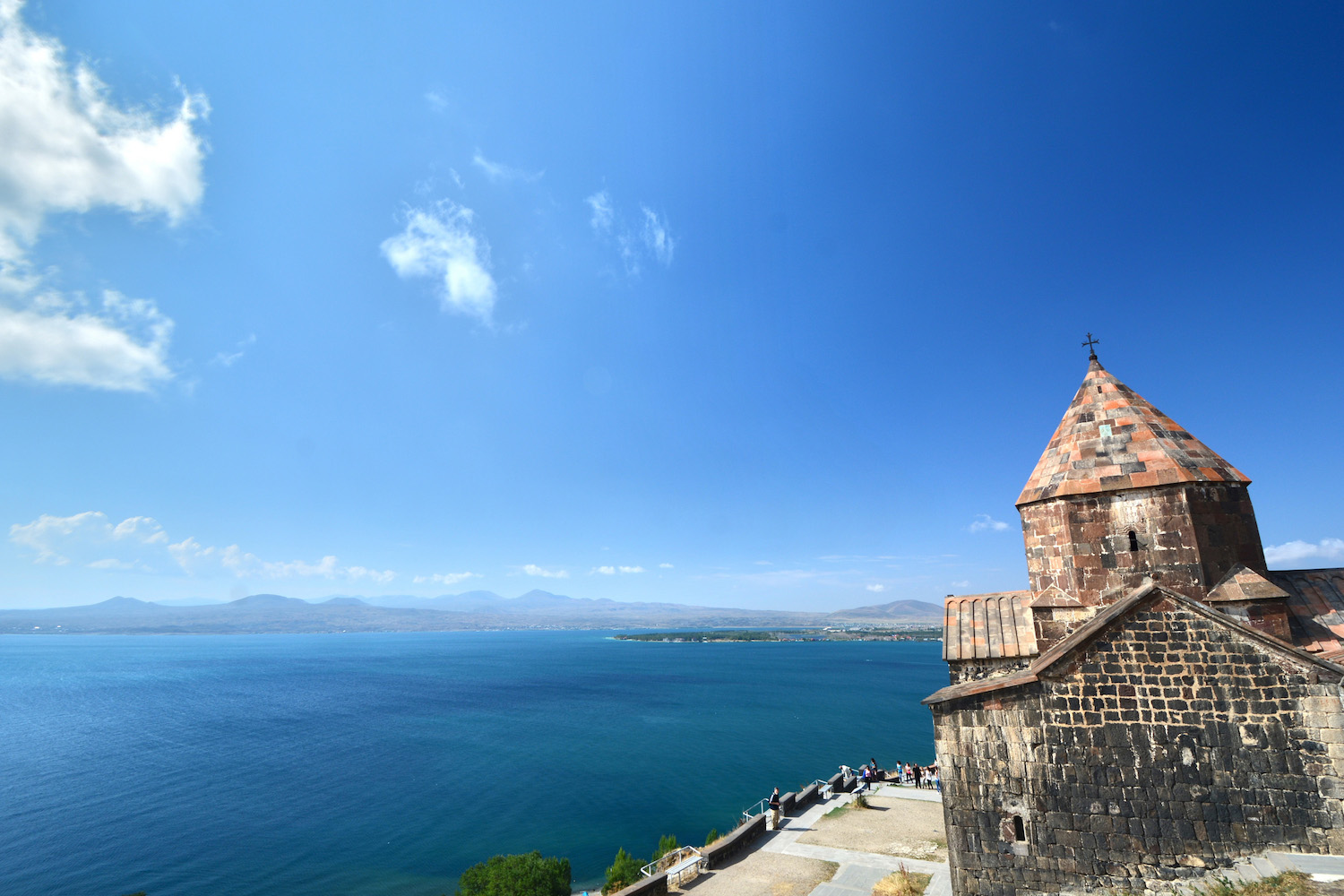 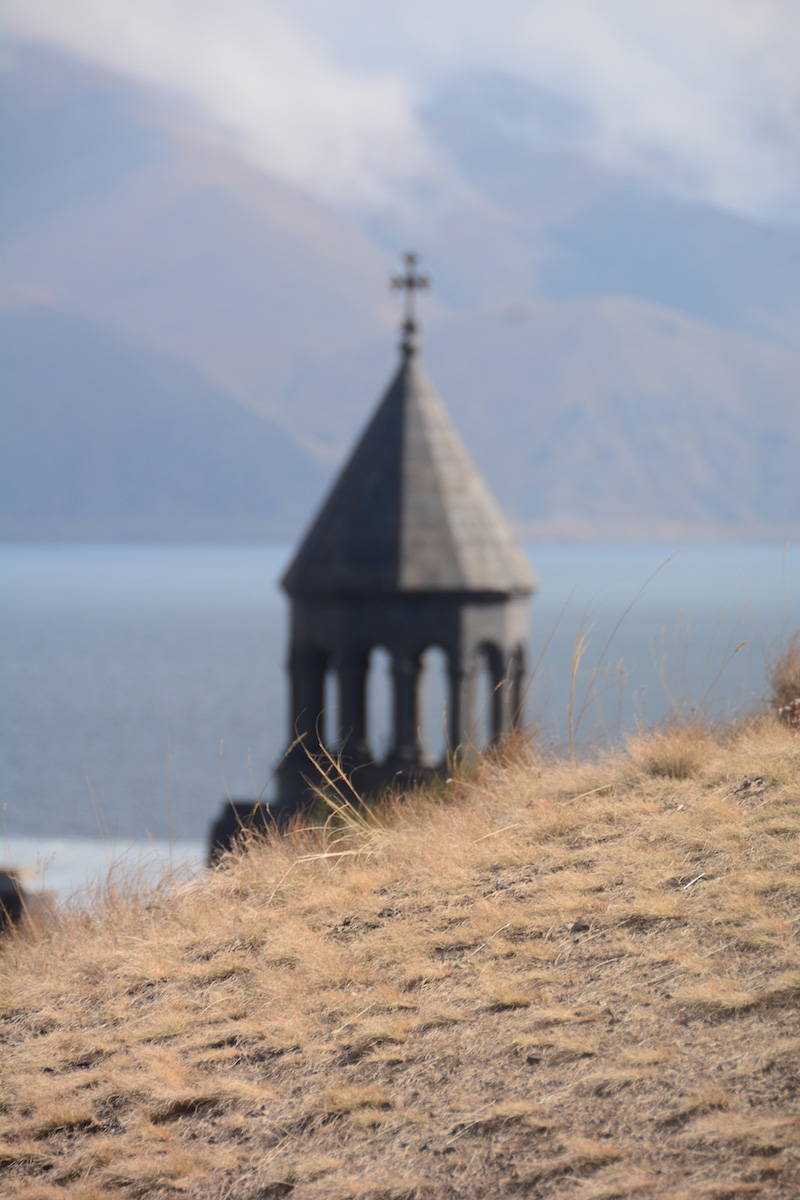 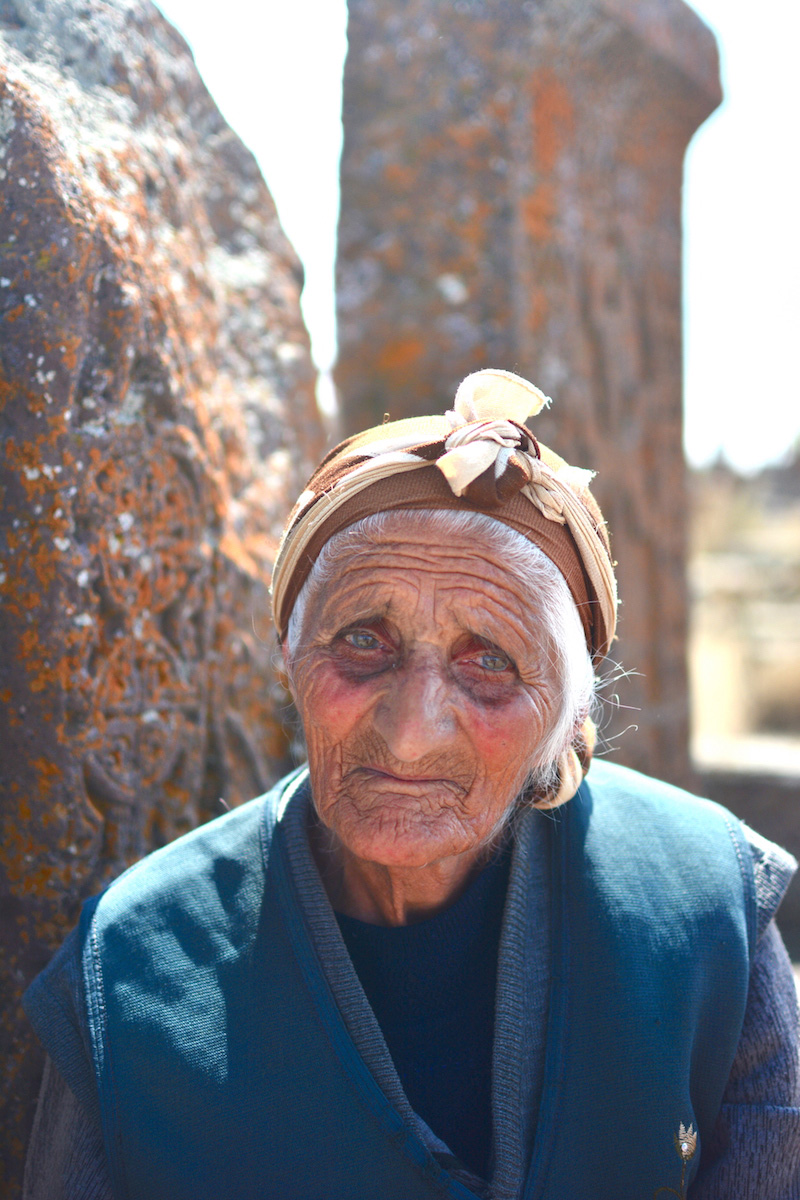 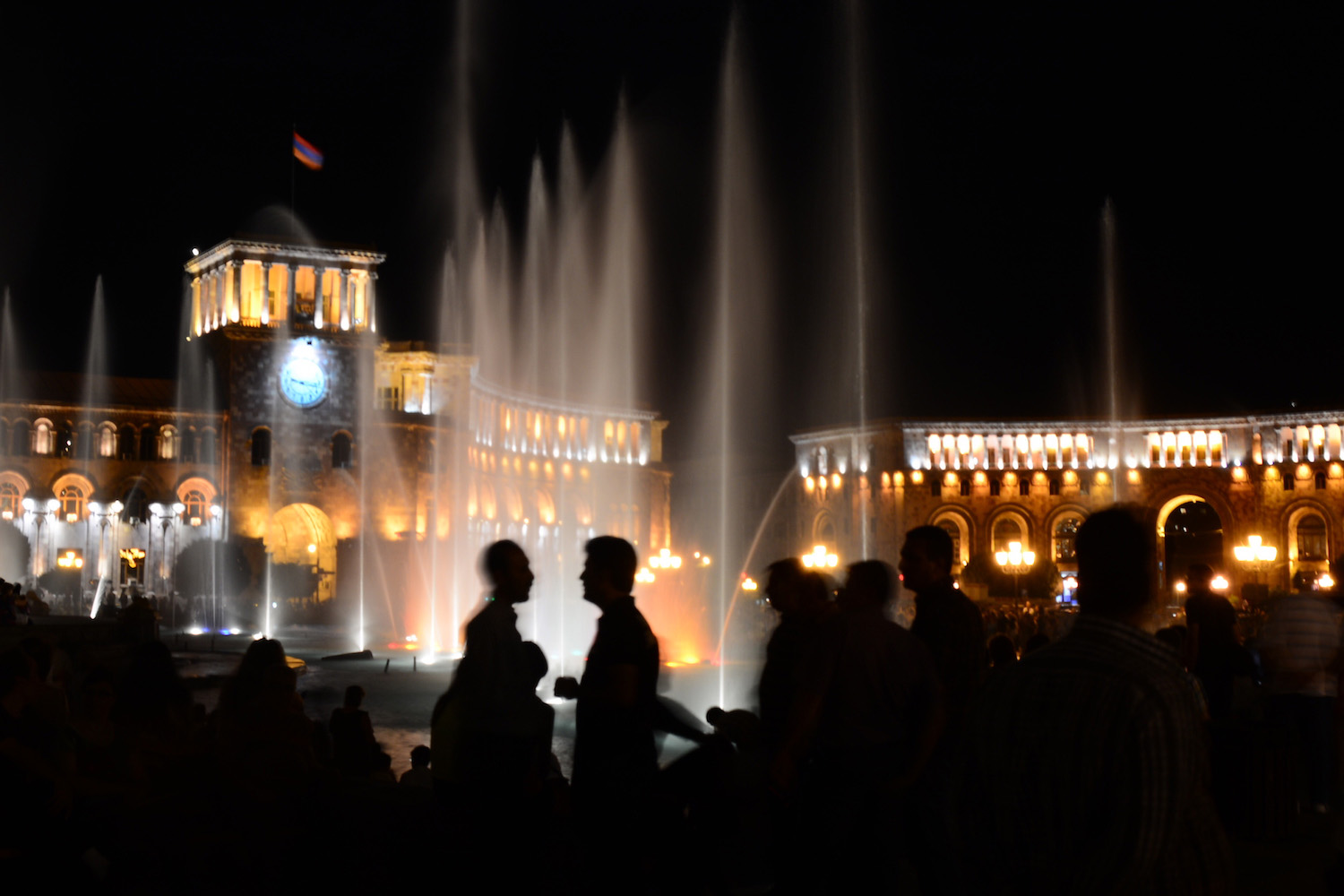 Music to My Ears

I stayed in a nice hotel in Yerevan, but I knew that if I had any hope of finding something exciting to do there, I’d need to head to a hostel. Indeed, Envoy Hostel & Tours proved at least as useful for the second part of its name as I imagined it would for the first, providing me (and about a dozen other travelers) with an affordable, fulfilling day trip to some of Armenia’s most beautiful places, namely the gorgeous Lake Sevan.

We also got to visit so many of Armenia’s iconic orthodox churches and monasteries that I was almost burnt out on them by the end of the day. Inside the final one, Geghard Monastery, I witnessed a choral group perform a 14th-century hymn that quite literally took me back in time—it was otherworldly.

(It was also funny, however, considering the biggest hit of the world’s most-famous person of Armenian descent.)

After my Lake Sevan tour, which also included a stop at the incredibly moving Noratus Cemetery, I felt rather upbeat about my Armenia itinerary, and perhaps even all the hype I’d built up about it. Unfortunately, my third (and, ultimately, final) day in Armenia also proved to be the nail in the coffin of me wanting to spend any time in the country.

You see, I wanted to make a visit to Tatev Monastery, which I didn’t imagine would be very difficult—it’s among Armenia’s most-visited tourist attractions, after all. Unfortunately, my hotel provided me both the wrong time and departing station for the public bus that goes that, and I lacked the Russian skills to effectively haggle for a taxi, so after wasting half a day in vain, I stopped at the first café I could fine and ordered a glass of dry white wine.

“It was Ray J!” I took a congratulatory sip, having remembered who the world’s other most-famous Armenian had made a sex tape with as a precursor to her fame.

Context of the Caucasus

I packed my things up that night and headed back to Georgia first thing in the morning, as fast as I could. In spite of this, I blame myself as much as the merits of the travel destination itself for how disappointing my Armenia trip ended up being.

I didn’t plan well (which was also the main reason, for example, my pan-Azerbaijan adventure immediately prior had slimmed down to two days in Baku) and I had inflated expectations, the lack of which was why Georgian destinations like Tbilisi and Kazbegi had appealed to me as strongly as they did.

Is Armenia good for tourists?

Armenia is a good country for certain types of tourists, just not me apparently. If you’re a “slow traveler” who doesn’t mind staying in a place for several days before really being able to make sense of it, and is willing to do the work therein, Armenia might be a good place for you to visit.

How long should I spend in Armenia?

If you do decide to travel to Armenia after reading this post, I’d recommend spending no less than a week in the country. I’ll be honest that part of the reason I imagine I didn’t love Armenia is that I was in and out too fast, even though I planned to stay longer.

Is it safe to go to Armenia now?

Armenia is a relatively safe country—your greatest danger is the possibility of an accident along the country’s roads, particularly in the mountains. For all my other criticisms about the country, threats to personal safety and security are not really among them.

Is Armenia worth visiting? I can’t fully answer the question of whether or not Armenia is worth a visit. All I can is that the country didn’t live up to my expectations, and I probably won’t go back there unless I’m paid to do so—and I have a truly premium Armenia itinerary. On the other hand, if you’re headed to the Caucasus and have a few spare days, it would be silly not to at least try it for yourself—my opinions are mine alone, and quite possibly won’t apply to you. Plus, as you can see looking at the pictures I’ve posted, Armenia is rather beautiful, or at least I portrayed it to be so.