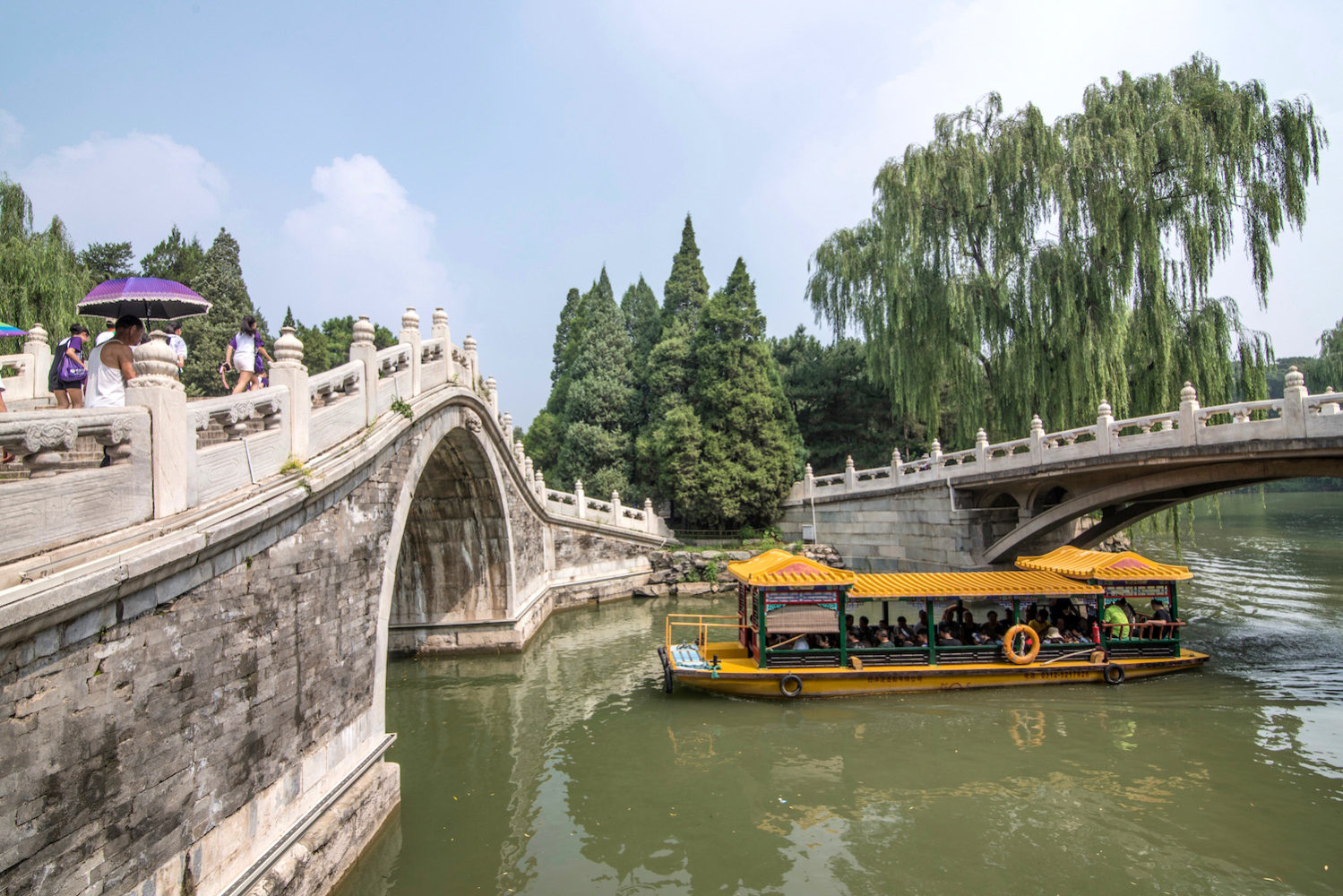 Located in Beijing’s northwestern suburbs, The Summer Palace is a joy to visit in all seasons. This lush oasis, which was the preferred retreat for Qing Empress Dowager Cixi, is a welcome respite from China’s capital, no matter how you feel about the city—I happen to love it.

Historically, the Summer Palace (known in Chinese as 颐和园 or Yíhéyuán) was the most important center of political and diplomatic activities for the leader of China outside the Forbidden City. It’s been destroyed and re-built several times, which hammers home its significance and permanence in the Chinese mind.

Although a day trip from Beijing to the Summer Palace need not be a history lesson, brushing up on a few details before your excursion is sure to make your time all the more enjoyable.

Why You Should Visit the Summer Palace

Once you get your China visa at visaexpress.com, it’s time to start thinking about where in China you want to visit, and what you want to do when you get there. The most important reason the Summer Palace should make this list? As I referenced in preceding paragraphs, the lushness and vast expanse of the property is just what you need after a few days in Beijing which, for all its charms, is intense to say the least.

If you’re planning a trip to China after Covid-19, there’s a particular year to keep in mind. Specifically, 2024 will mark one century since the Summer Palace first opened to the public. While there’s no indication as of yet what the local government has planned to celebrate this milestone, you can bet that it will be something spectacular and grand. No matter when you visit, continue reading to learn about things to do at the Summer Palace.

What to Do at the Summer Palace

Take a breath of fresh air 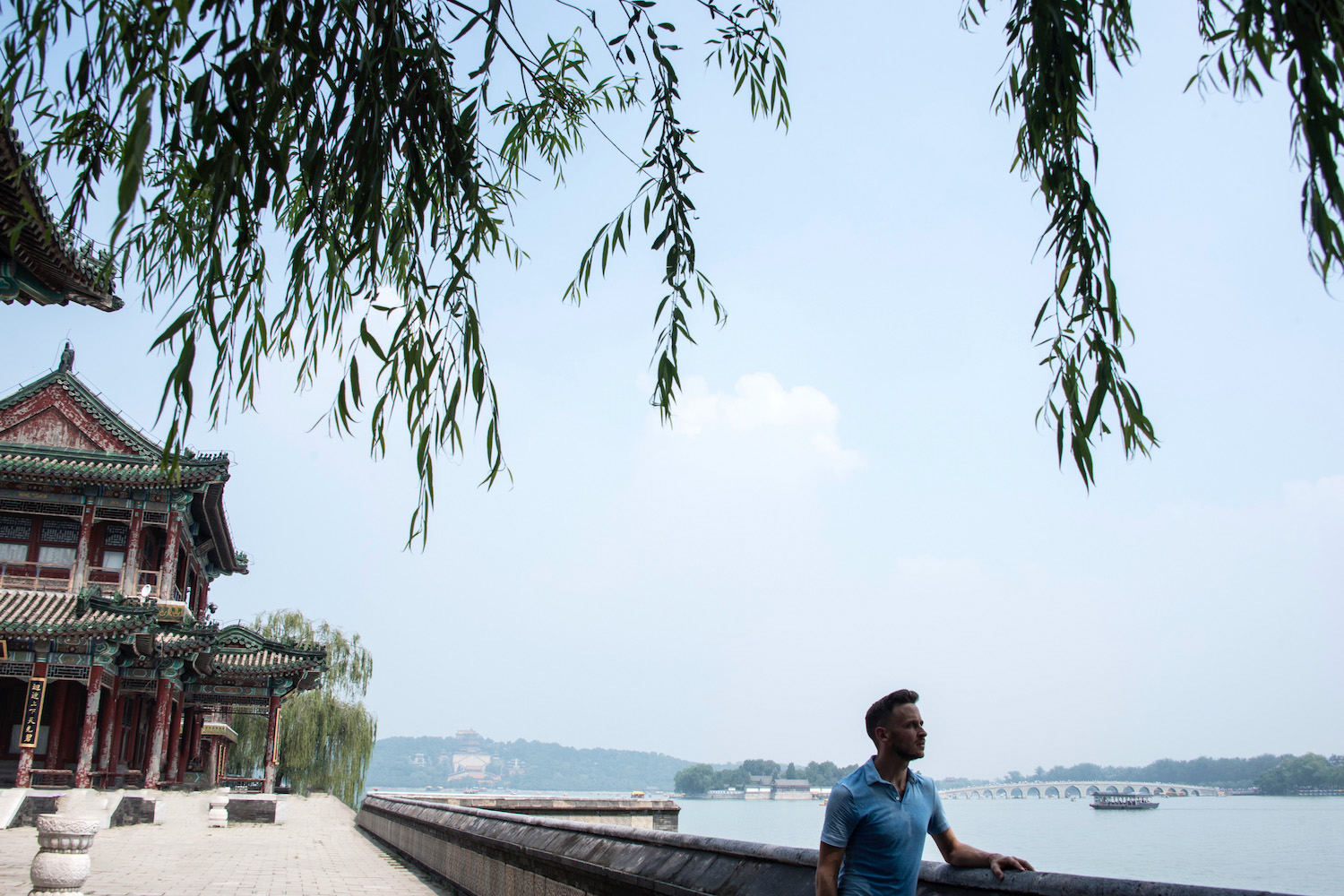 The Summer Palace is huge, and most of its massive footprint is covered by nature. This includes both trees (1,600 ancient and famous ones alone), as well as waterways both natural and manmade. The defining features of the site, which are visible from almost everywhere you go, are Wanshou Mountain and Kunming Lake. 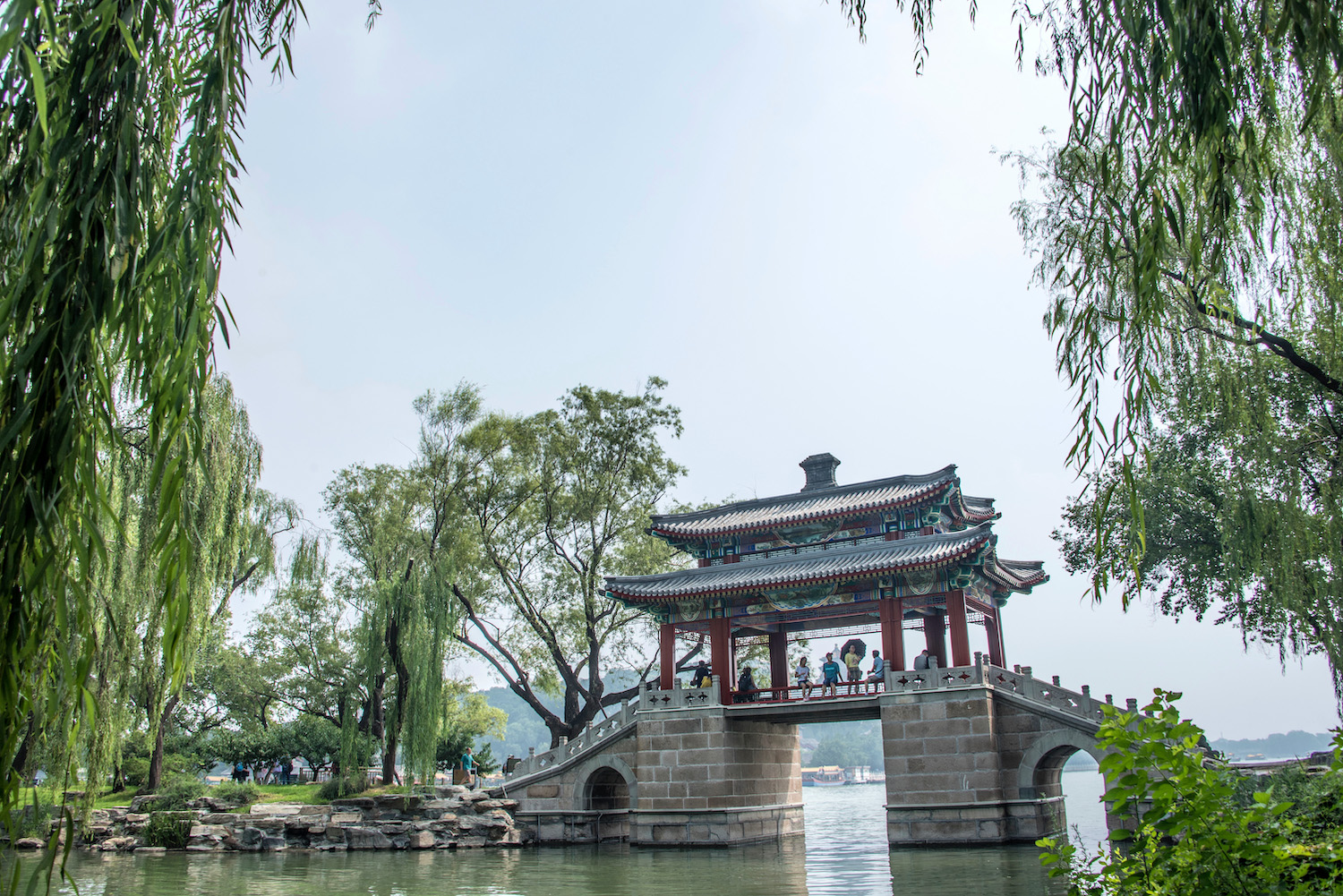 Indeed, if there’s one word I would use to describe the Summer Palace, it’s “harmony.” The countless Chinese Imperial gardens within the 300.59 hectare footprint of the Summer Palace, which are home to colorful oriental flowers, shrubs and trees, follow a simple principle. Translated into English, it can be summed up as follows: “Although it is made by man, it is open from heaven.” 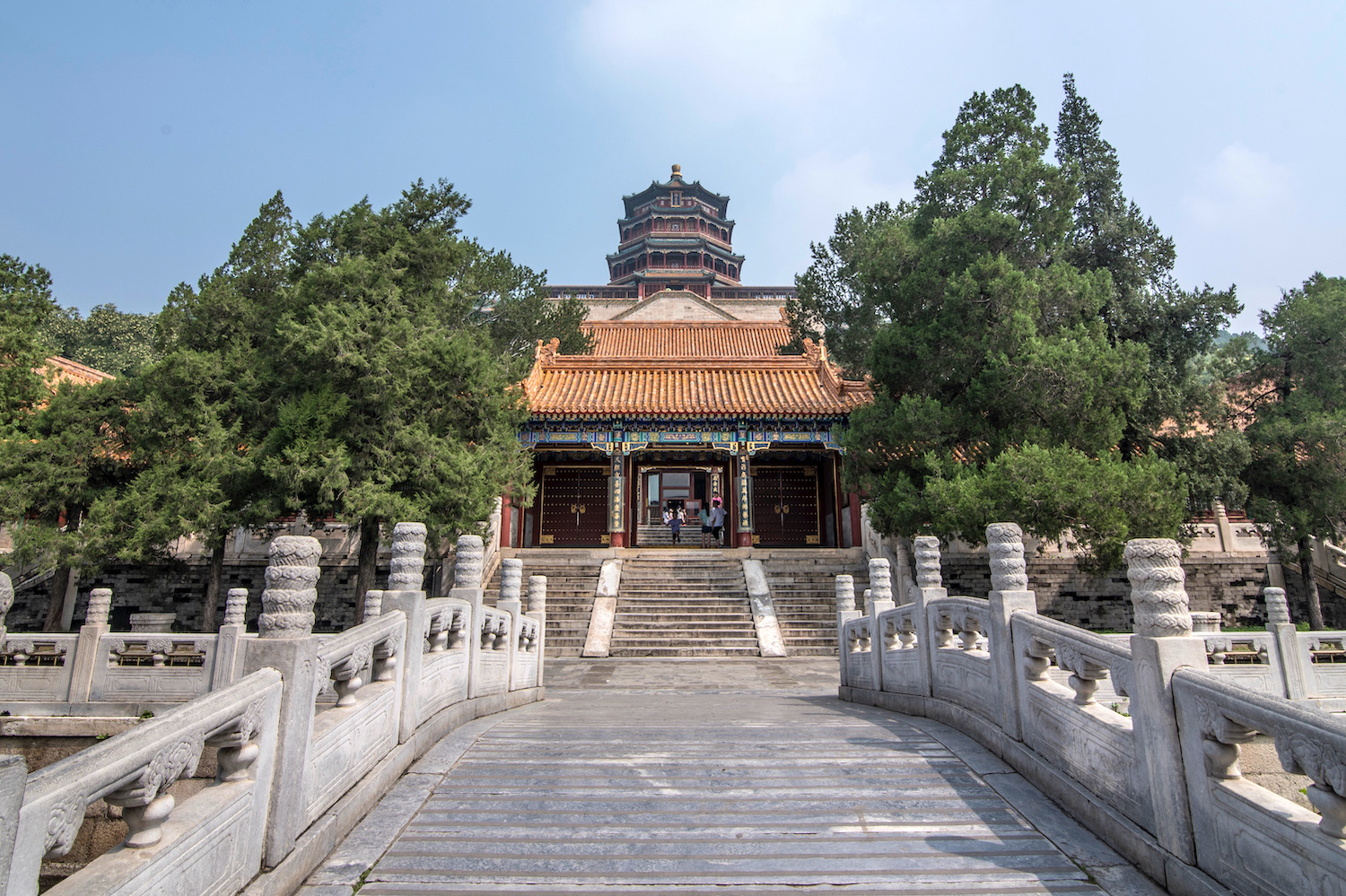 More than 3,000 courtyards, bridges and other structures cover more than 70,000 square meters of the Palace’s footprint, among them the Buddha Incense Pavilion, Seventeen Bridges and Suzhou Street. One place I love visiting in particular is Jade Peak Pagoda which, in addition to being an architectural marvel, offers a magnificent panoramic view of the entire place. 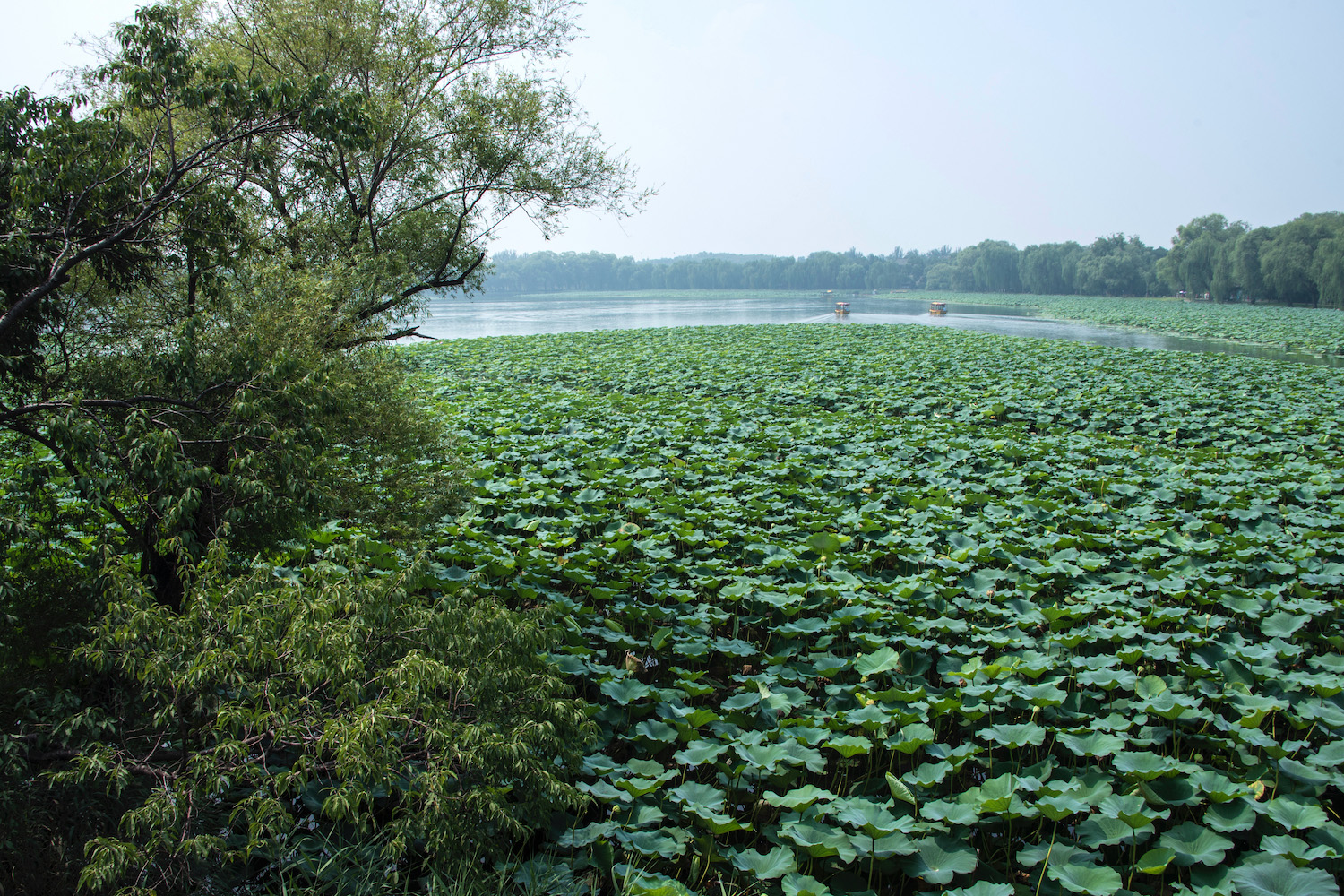 Water is an essential part of the Summer Palace’s landscape—why not get out on it to discover the magic of the place? Boat rides take place not only on Kunming Lake itself, but also along the countless canals that criss-cross the Summer Palace. It’s easy to close your eyes (especially if it isn’t very crowded—you won’t need to plug your ears) and feel like royalty as you coast.

Imagine yourself as the empress (or emperor) 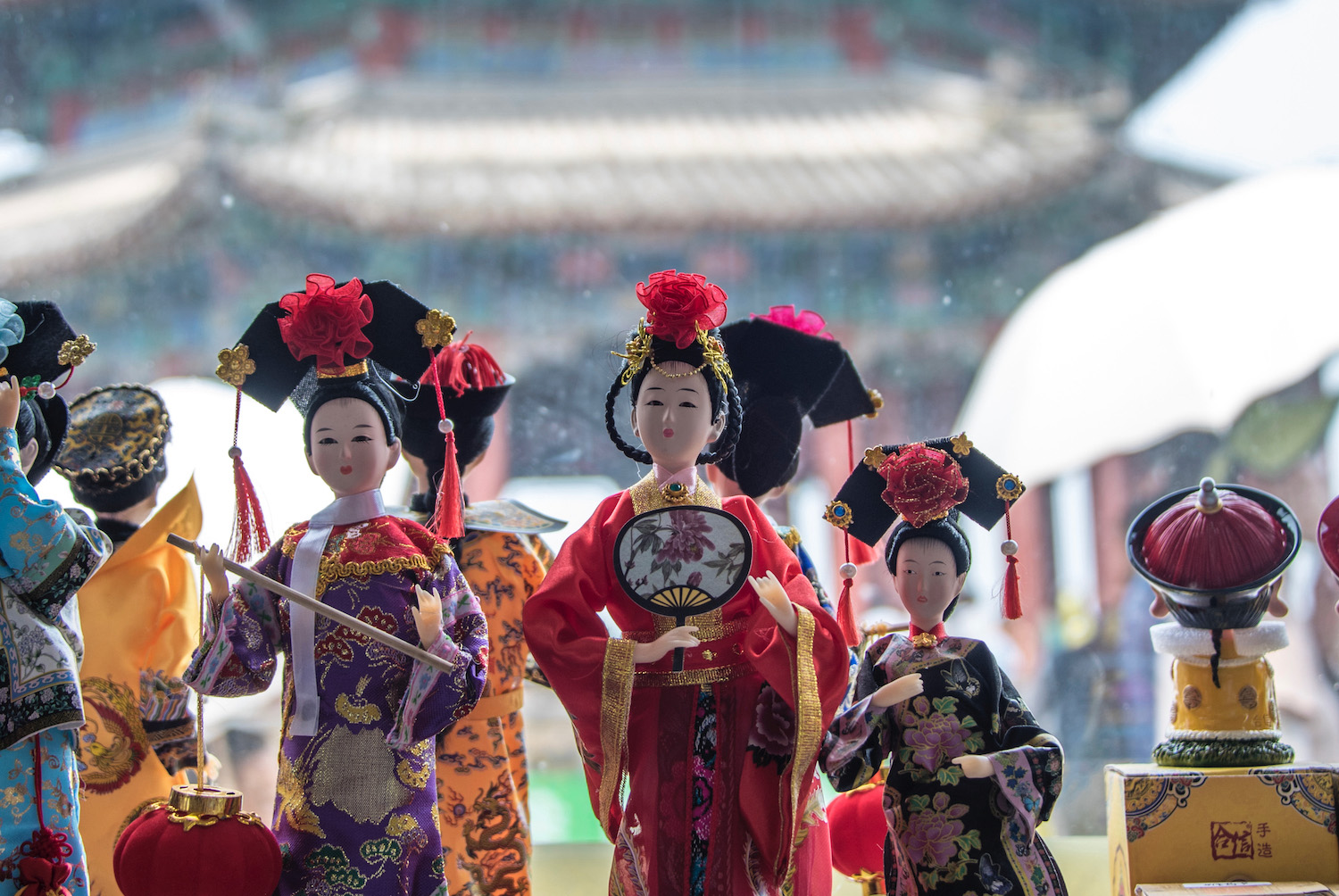 During only your first few minutes at the Summer Palace, it will be clear why someone as important and powerful as Empress Dowager Cixi liked to spend her time here. One place that’s particularly conducive to such daydreams is Renshou Palace, where Cixi and Guangxu (the reformist thinker I mentioned earlier in this article) held their ultimately fruitless negotiations.

When and How to Visit the Summer Palace

Located at 155º25′, 117º30′, Beijing has a semi-humid, semi-arid monsoon continental climate and sits in the warm-temperate zone. To put this in more tangible terms, the region has scorching summers, frigid (but dry) winters, and beautiful spring and autumn seasons. While the Summer Palace is a 365-day per year destination, I personally love visiting during the month of May, when flowers bloom under sunny skies that are very warm, but not unbearably hot.

As far as how to reach the Summer Palace, there are two main ways. The first is to arrange a taxi for the day through your hotel—this is an ideal option if you can’t speak Chinese and haggle your own cab, and aren’t comfortable going via public transit. If you do want to take the Beijing Subway, simply ride it to Beigongmen Station, which is only about 10 minutes by foot from the East Gate. TIP: If you want to avoid waiting in a long queue and with massive crowds, consider going very early in the morning!

Other FAQ About Visiting the Summer Palace

Why is the Summer Palace famous?

In terms of its history, the Summer Palace is famous because of its importance as a meeting place for the leaders of China with foreign dignitaries, and as being the preferred retreat of Qing Empress Dowager Cixi. For tourists, the Summer Palace is beloved as a natural escape from the urban jungle of Beijing.

Is the Summer Palace in the Forbidden City?

Although the Summer Palace was once as important to China’s national security and diplomatic relations, the two are different structures in total different parts of the city. The Forbidden City is in the heart of Beijing, just opposite Tian’anmen Square; the Summer Palace is in Beijing’s northwestern suburbs, an area that was downright rural when it was first built.

How much does it cost to go to the Summer Palace?

Different ticket types for visiting the Summer Palace cost 30-60 RMB, or around $4-8. However, you’ll also need to figure in the cost of getting to the Summer Palace and going back. While fares for the Beijing Subway are negligible, hiring a taxi to and from the Summer Palace can easily cost 100 RMB or more, particularly if you depend on your hotel to haggle the price for you.

The Summer Palace in Beijing is one of my favorite places to visit in China, both within the capital and outside it. I find the scenery as relaxing and pleasing to the eyes as the experience of going there is refreshing—Beijing’s a wonderful city, but it isn’t for the faint of heart! No matter when you’re able to visit China again, I hope you’ll include this priceless world heritage site in your itinerary. Come for a morning, afternoon or evening as part of a 2, 3 or 4-day stint in Beijing’s city center, or book a hotel close to the Summer Palace and take daily walks through its vast footprint. You may never be a Chinese empress (or emperor), but when you visit Beijing’s Summer Palace, it’s much easier to imagine such a life!