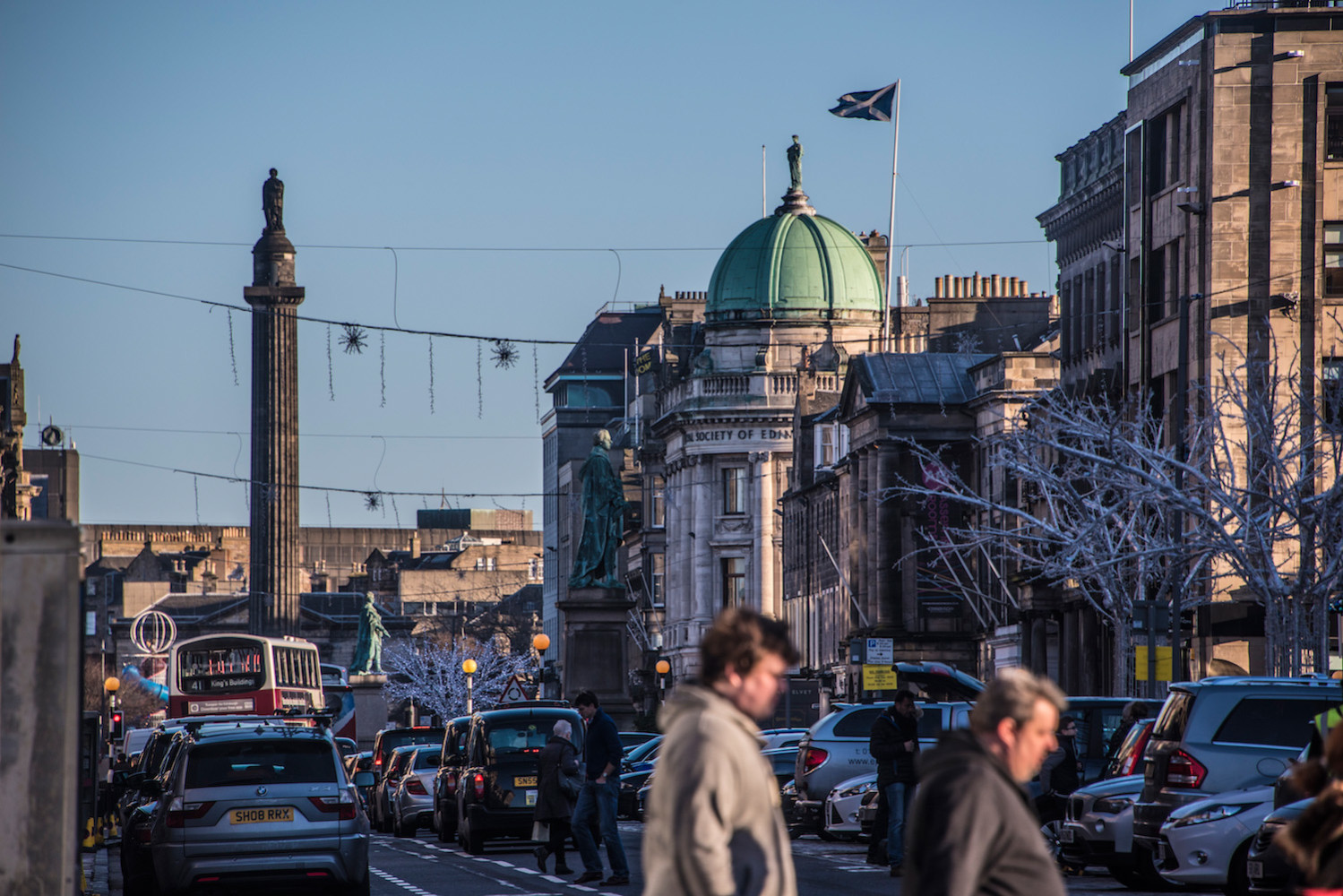 I always keep a running list of places I want to visit, so when representatives from a festival called Hogmanay contacted me about coming to Scotland to celebrate a recent New Year, I was tickled: The top entry on my list was “Edinburgh—in winter.” A decade earlier, during my first—and only—trip to the U.K., I’d spotted Edinburgh Castle out my window on a train trip from Glasgow to Newcastle, and immediately vowed to return some day to see it in person.

Not surprisingly, the magnificent fortress was among the first places I visited during the 3 days in Edinburgh that preceded my sojourn to the Isle of Skye. But Edinburgh is much, much more than its famous castle and even its picturesque Old Town, as much as I love it.

Even if you can’t make it to “Auld Reekie” to celebrate a traditional Scottish Hogmanay (and I highly recommend you do for 2017, which is the 40th anniversary of the modern celebration), here’s how to decide how many days in Edinburgh to spend when you finally go.

Where to Stay in Edinburgh

As Scotland’s top tourist destination, Edinburgh has a wide range of accommodations across the spectrum. If you’re looking for a stylish boutique hotel in a central location and at a fair price, consider Motel One on Princes Street, which is part of a chain, but expertly decked out in Scottish Tartan such that it seems homegrown. Luxury travelers can go a few steps above this at The Witchery by the Castle, while The Hostel is great for budget travelers and backpackers.

How to Divide Up Your Edinburgh Itinerary

Its beauty and eclecticness notwithstanding, there are two main things I love about Edinburgh: 1) It is extremely walkable and 2) Thanks to the height of the castle (and another landmark I’ll mention in just a moment), you can never, ever get lost. Start day one by walking your happy ass to Edinburgh Castle, whether you’re staying south of it in the Old Town or north of it in the New Town. 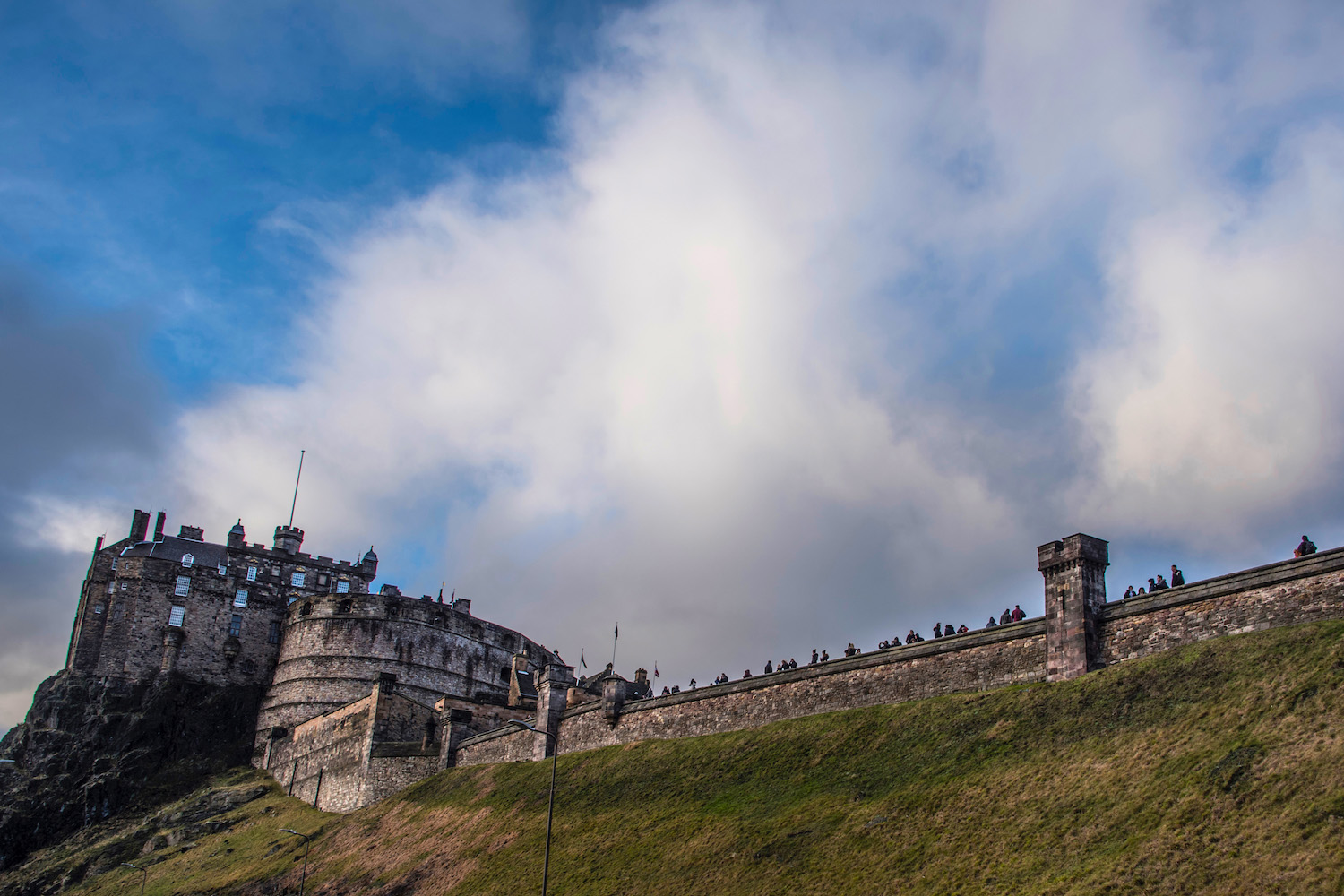 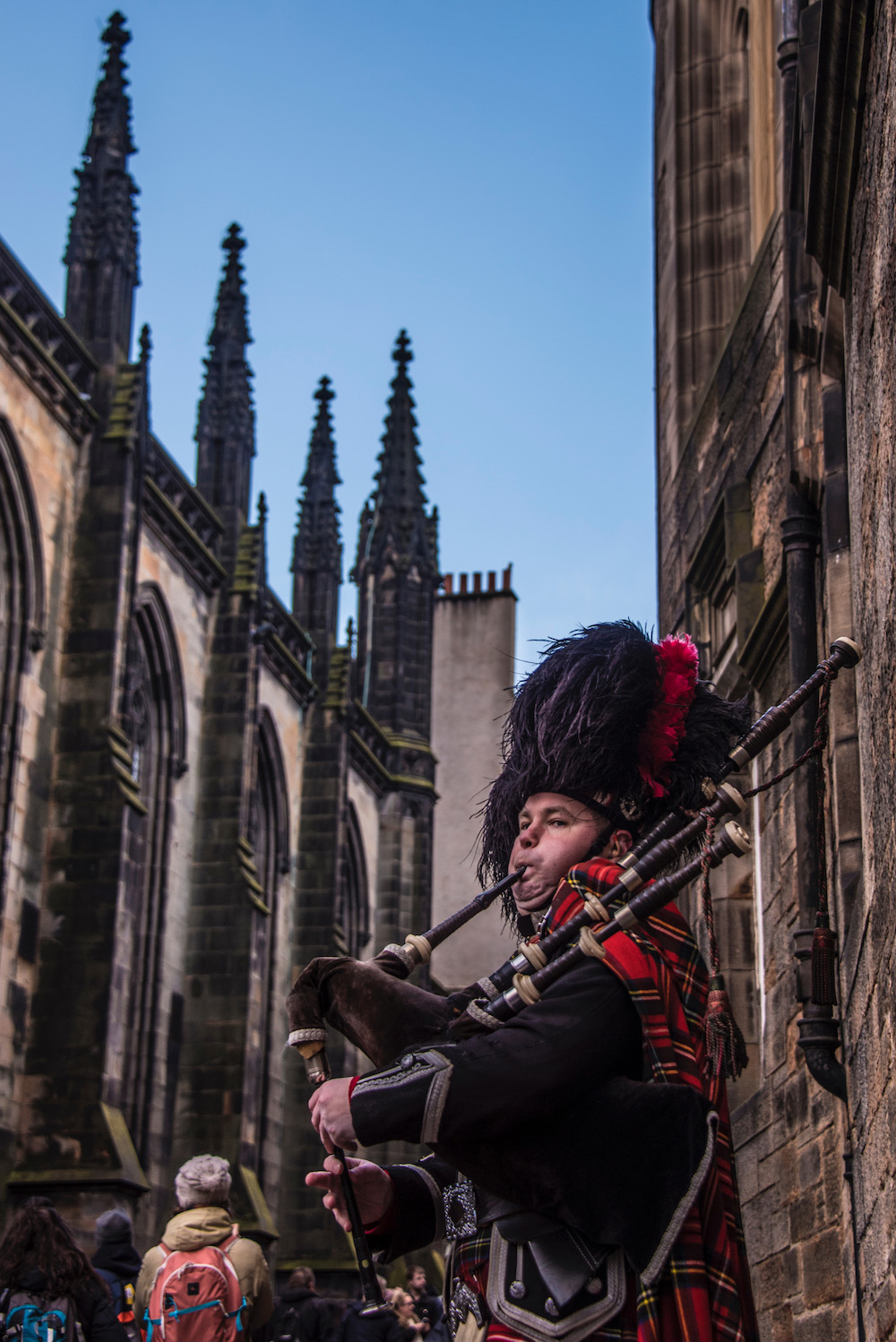 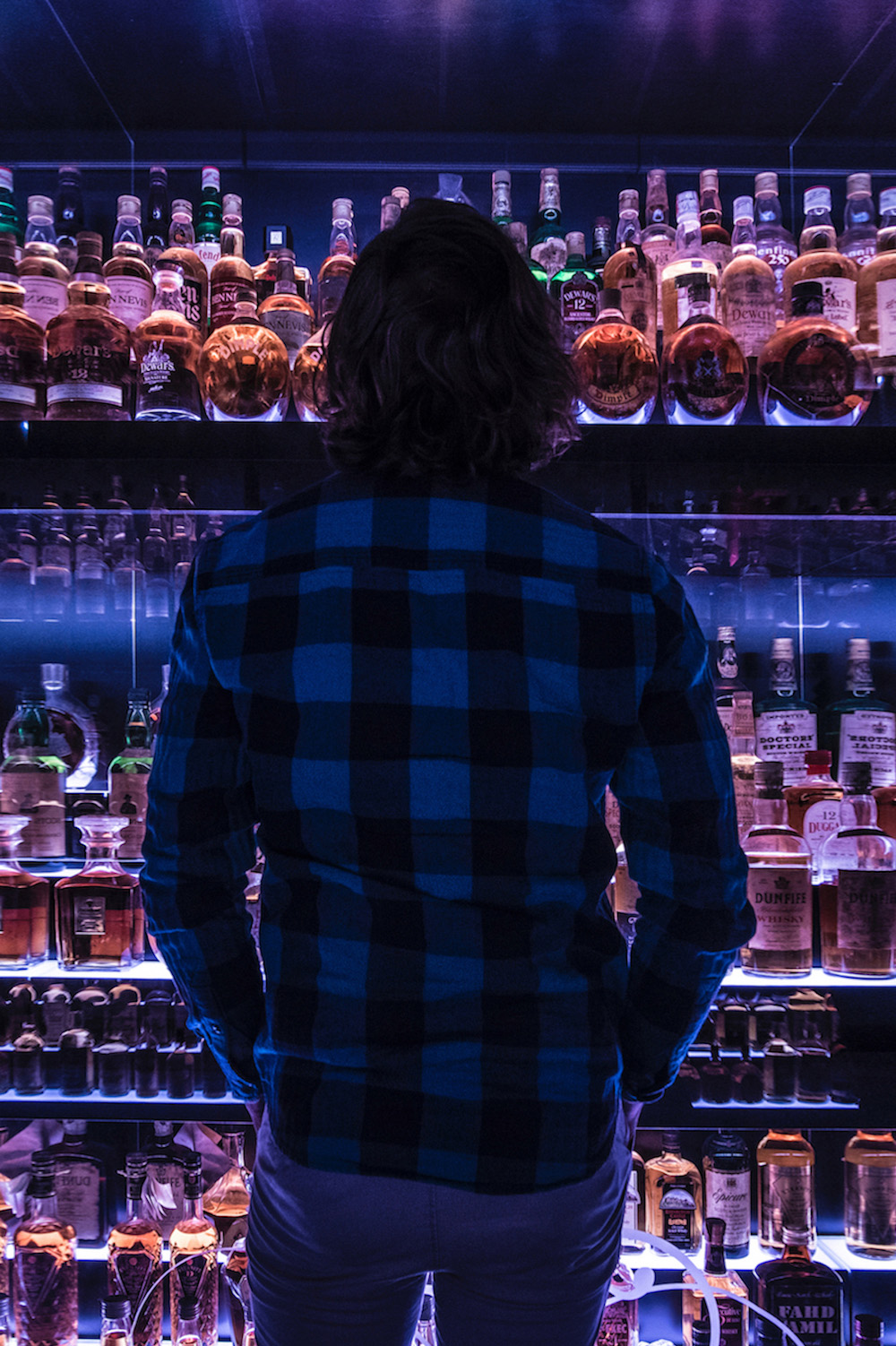 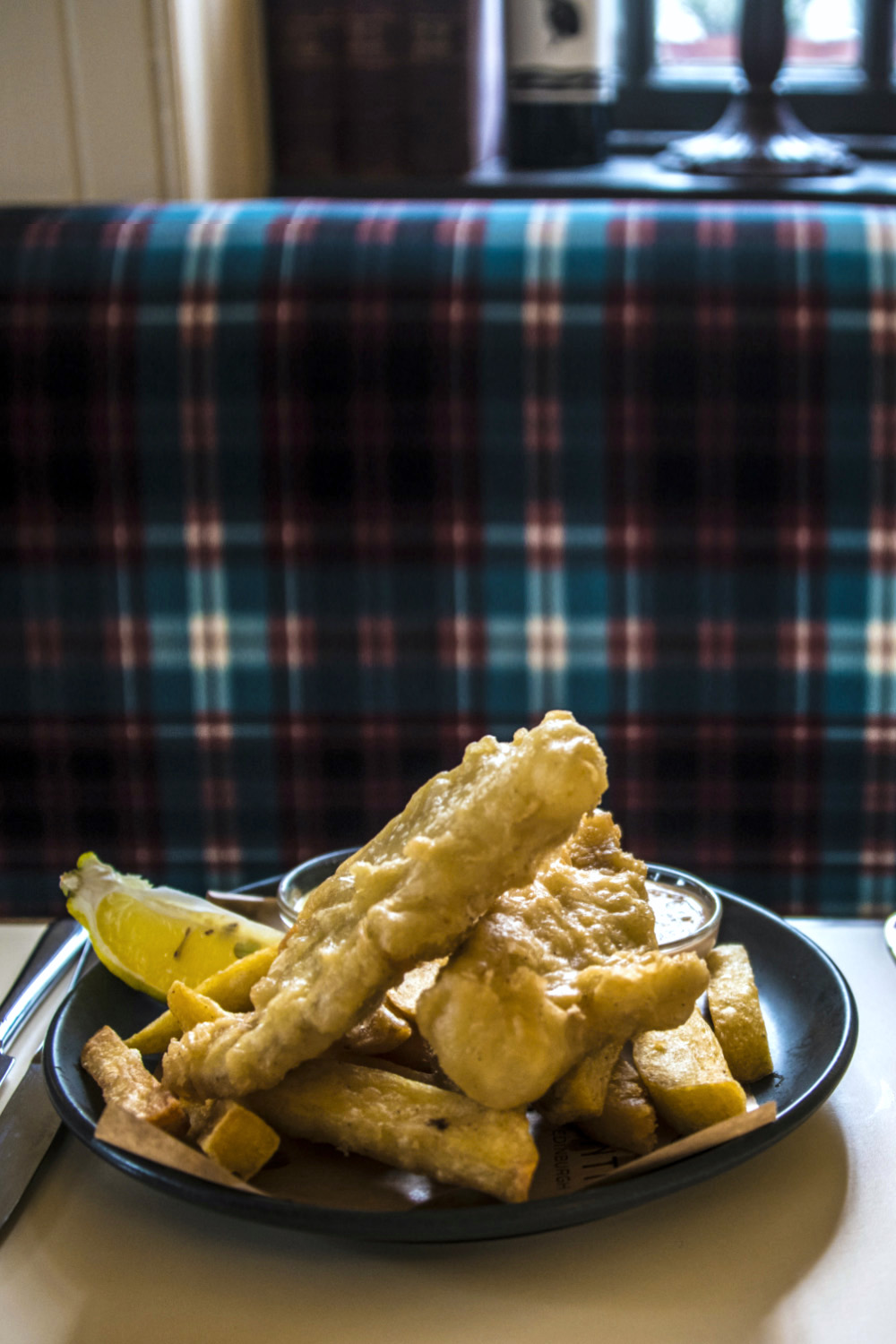 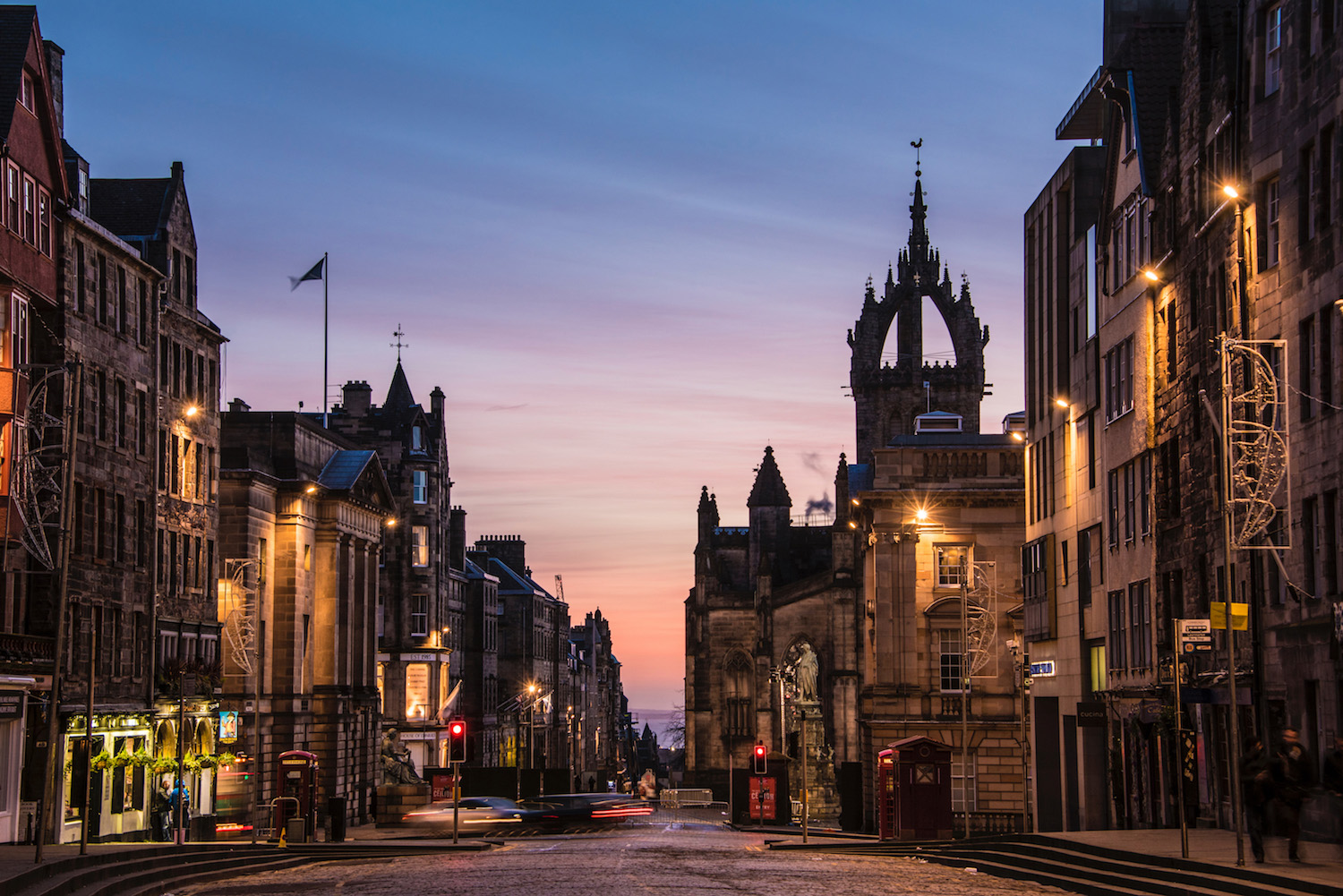 The castle is actually not incredibly exciting inside, so I imagine you’ll probably get done with it quickly. This is just as well, since there are so many Edinburgh attractions the Royal Mile, which is the road that extends eastward from the castle, ending down the hill at the Scottish Parliament building. Among other places to visit in Edinburgh along the Royal Mile, sample single malts with an Edinburgh distillery tour at the Scotch Whisky Experience, unleash your inner voyeur at Camera Obscura or take in amazing architecture such as St. Giles Cathedral. 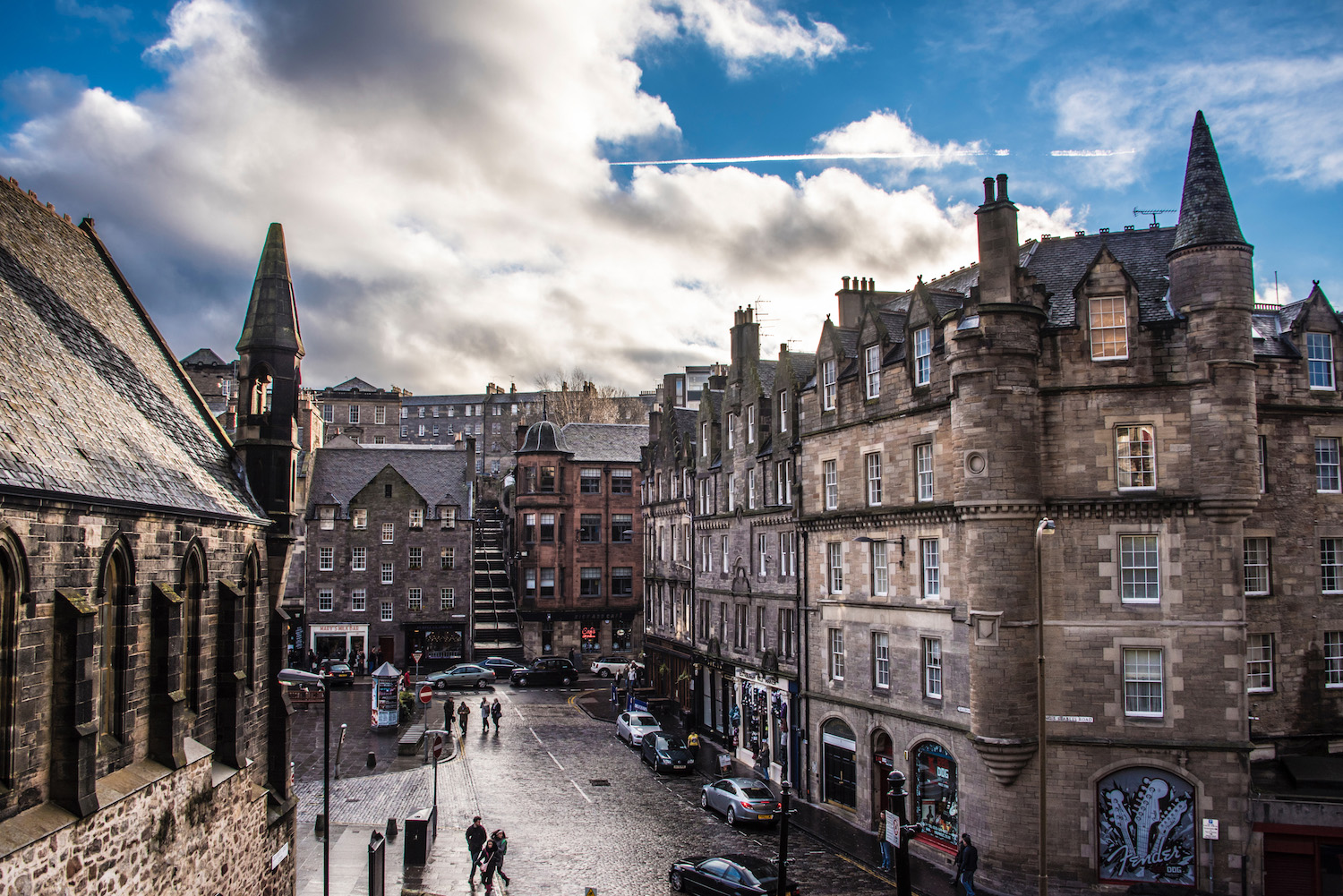 One spot to enjoy lunch with an outstanding view of the castle is Contini Cannonball—the fish and chips here are to die for! Alternatively, walk south down the stairs from the castle and into the bohemian Grass Market, which is not only a great place to eat, but is incredibly photogenic as well.

NOTE: If you’re short on time, you could stop here and use what I’ve given you so far as an Edinburgh one day tour itinerary.

Day 2: “New” Edinburgh and the Port of Leith

It’s only after exploring old Edinburgh that you can understand how the 300-year old Georgian houses north of Waverley Station are considered to be the “new” town. Start your second of 3 days in Edinburgh here, making sure to visit the Scottish National Gallery and the Scott Monument, at the bare minimum. A walk down George Street is also a good idea, as is a stroll up Calton Hill, although if you’re blessed with a clear day the hill may be a better bet for sunset. 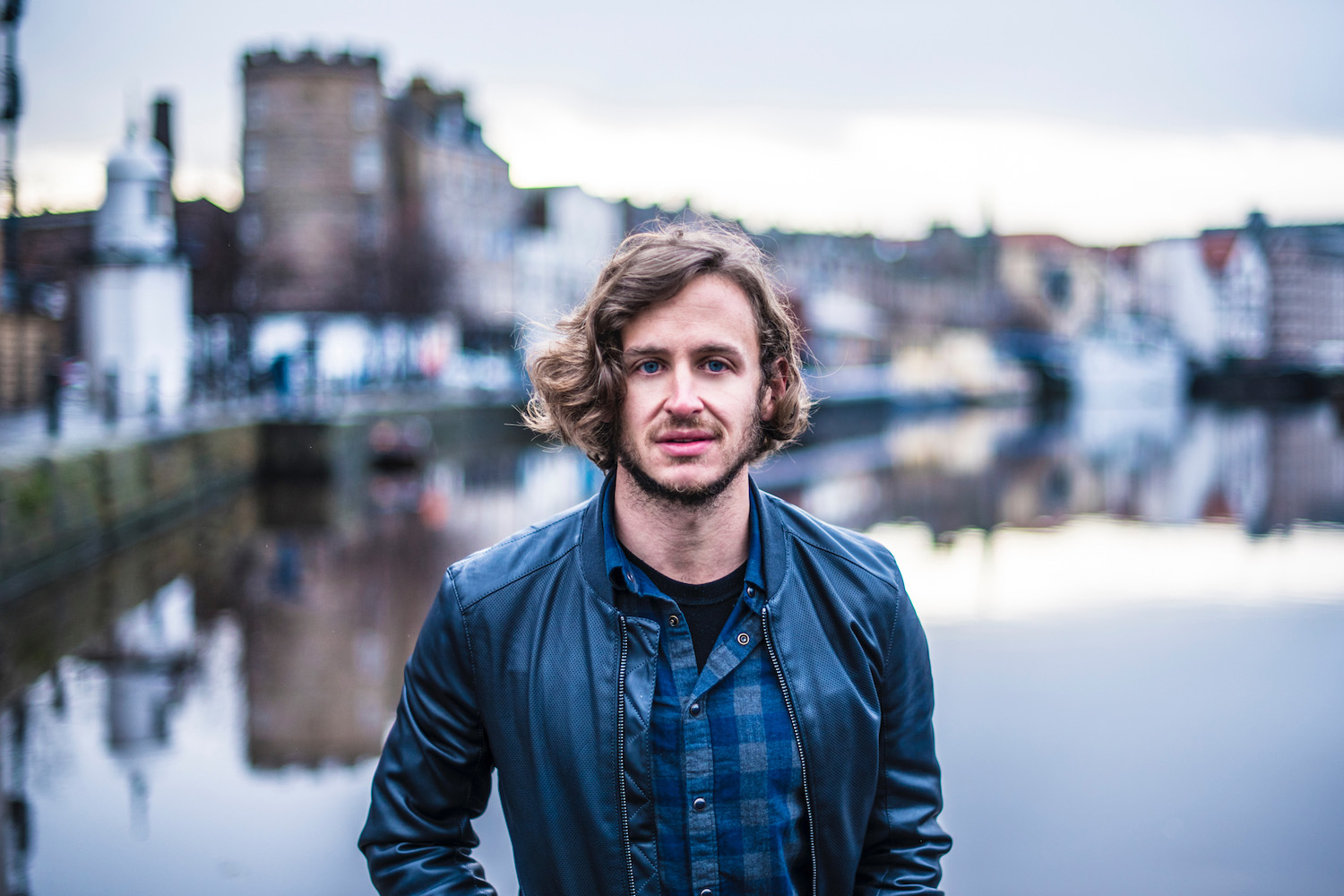 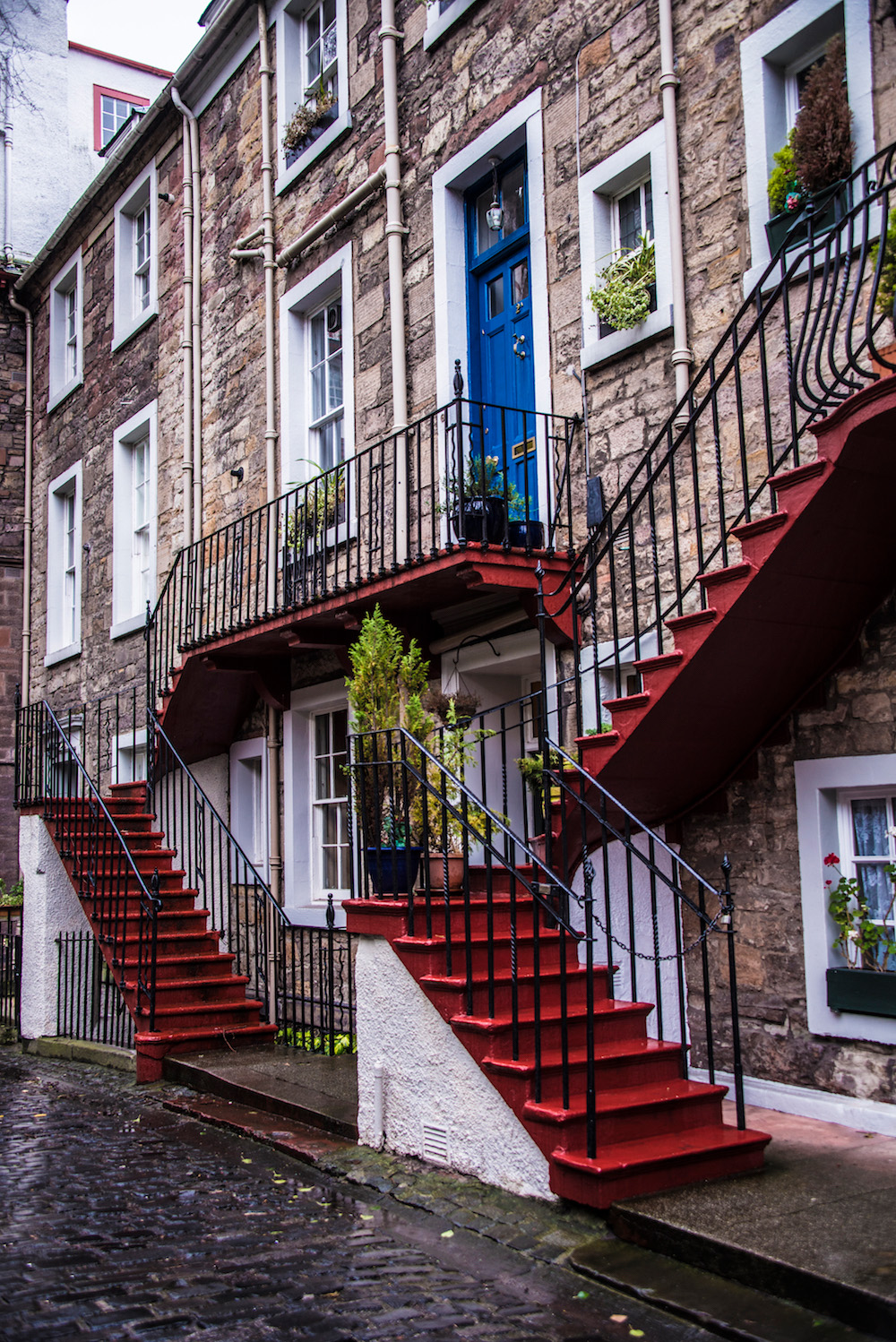 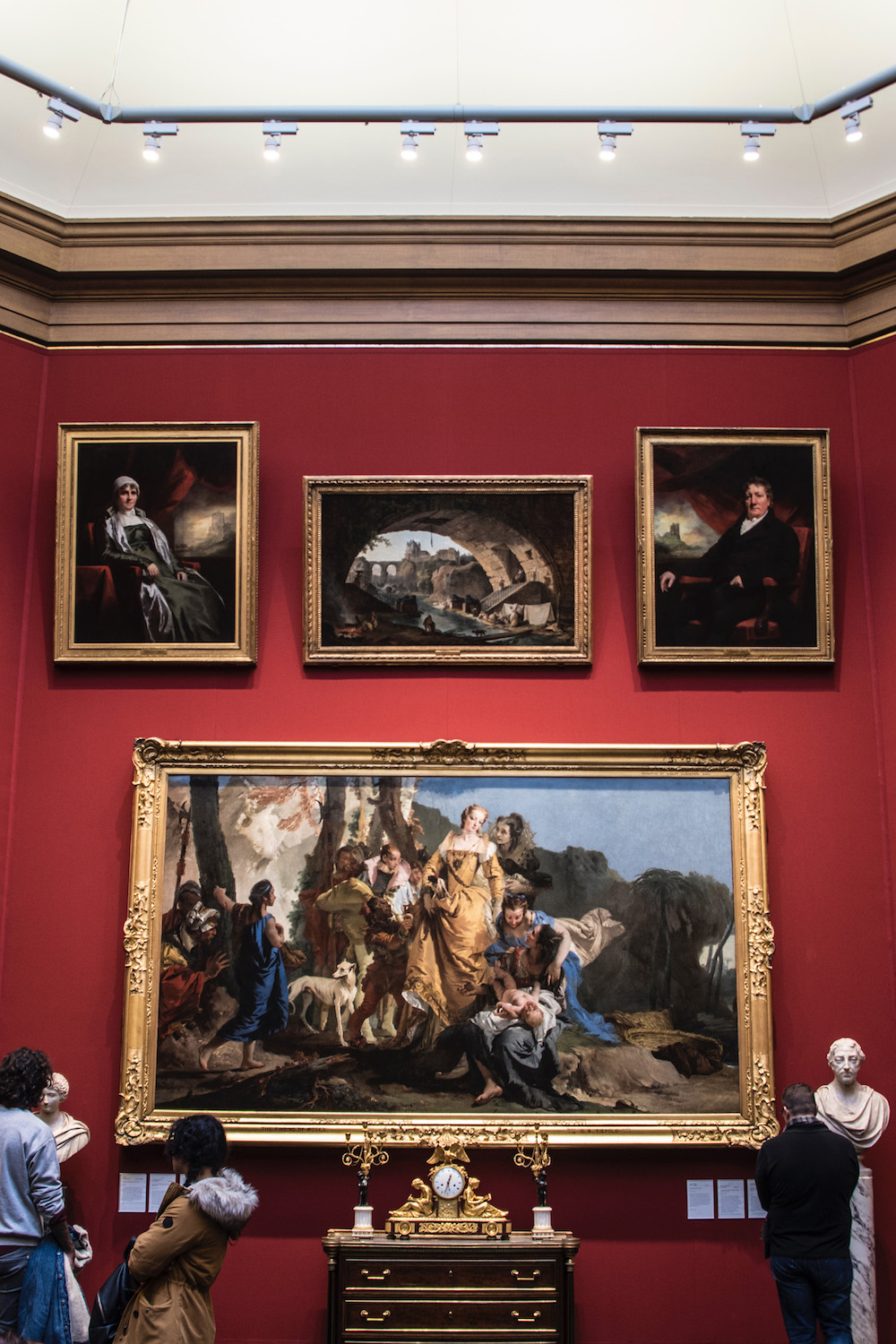 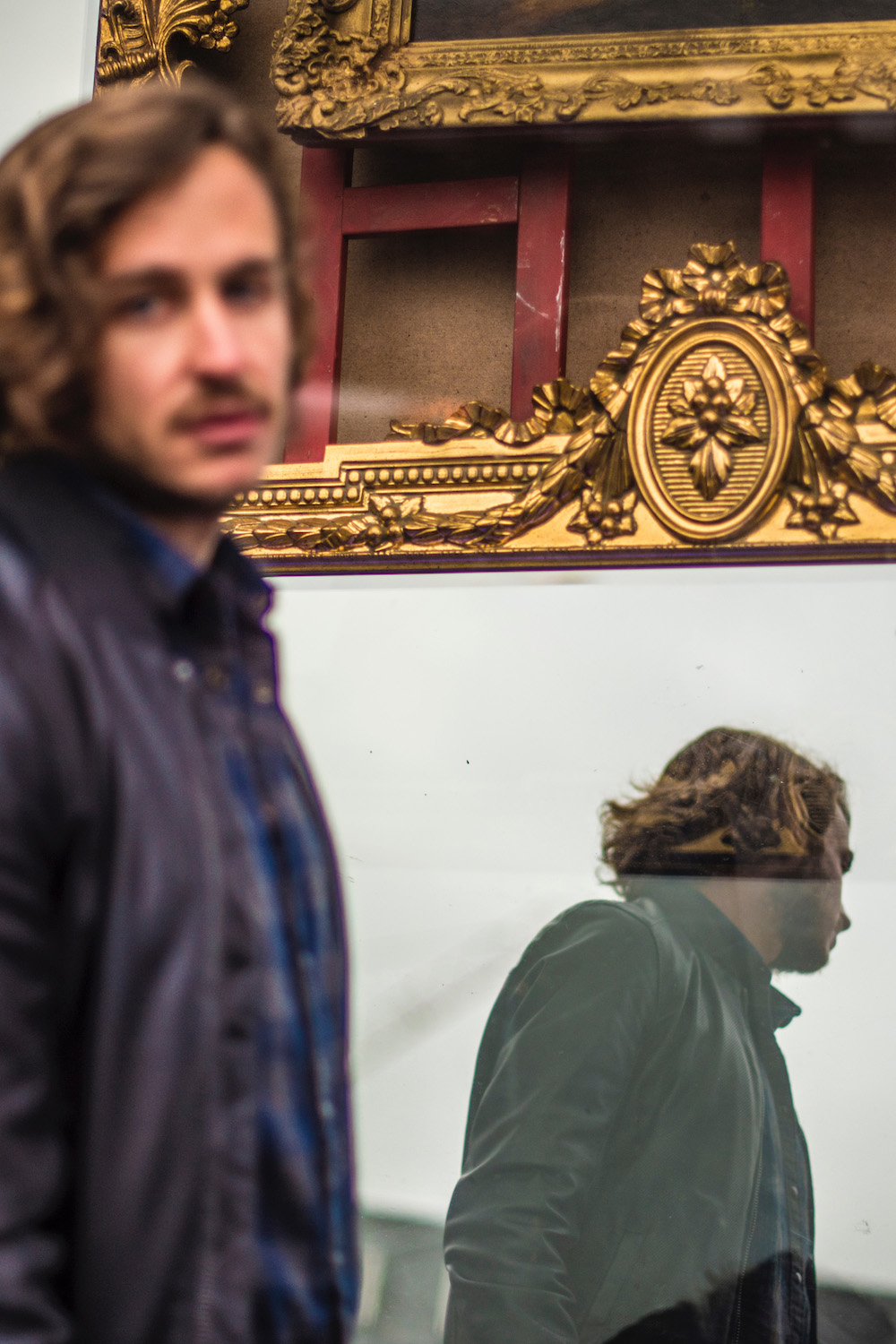 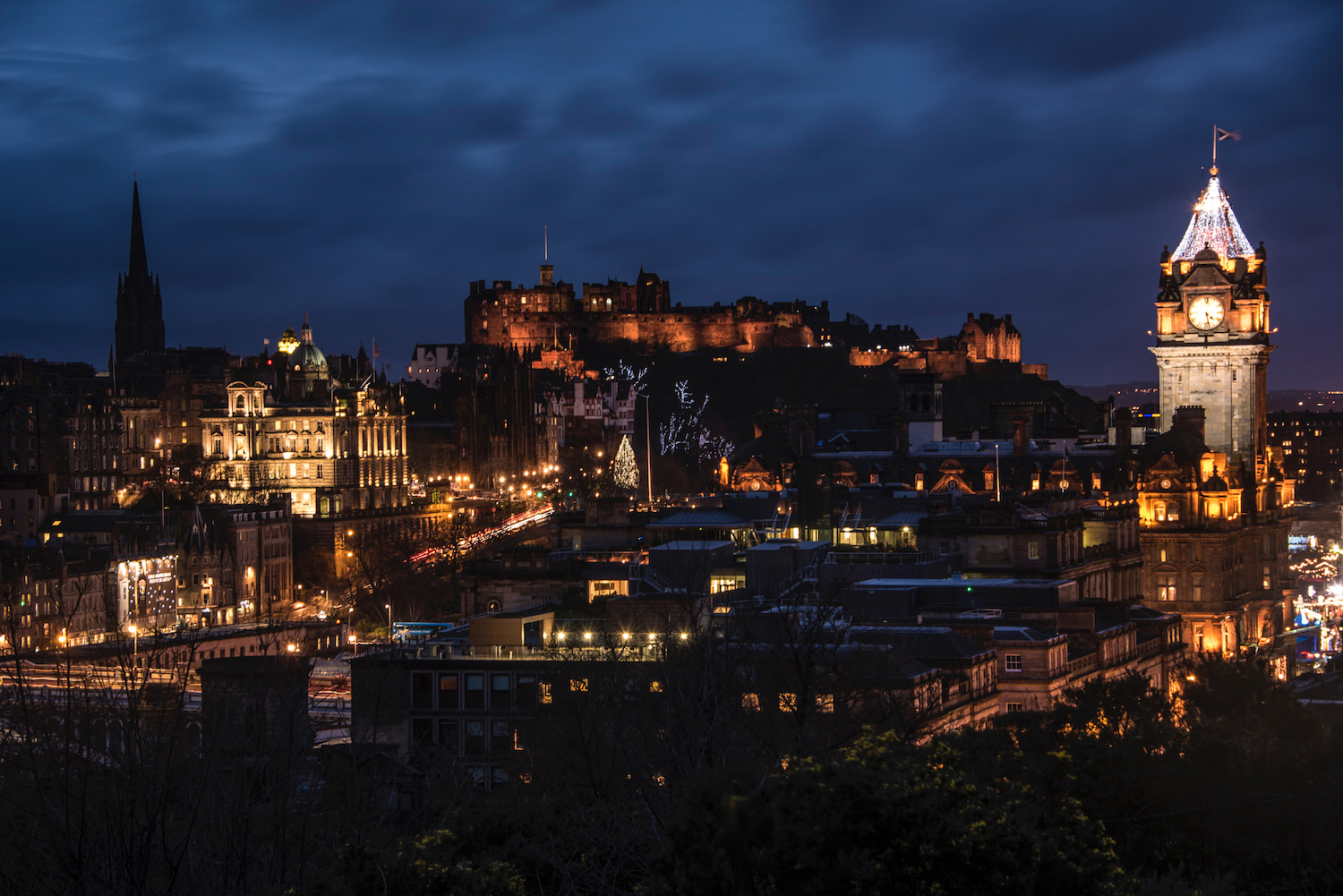 Before that, head northward into Leith, Edinburgh’s coastal district and port, either on foot via Leith Walk or via taxi or bus. Although some people head to the magnificent Royal YachtBritannia (which is located inside a not-as-magnificent shopping mall), I find the most alluring thing about Leith wandering through its colorful streets and along its charming canals, which in my mind tops many Edinburgh walking tours of the Old Town itself! Note that if you simply want to spend a weekend in Edinburgh, you could end your Edinburgh itinerary here.

Make no mistake: You could easily spend three days within Edinburgh’s city limits and not get bored. I always like to recommend one of the best day trip from Edinburgh, however, and although this isn’t a full-fledged Edinburgh to Highlands itinerary, the city just so happens to be within day trip distance of Scotland’s most ubiquitous attraction: Loch Ness. 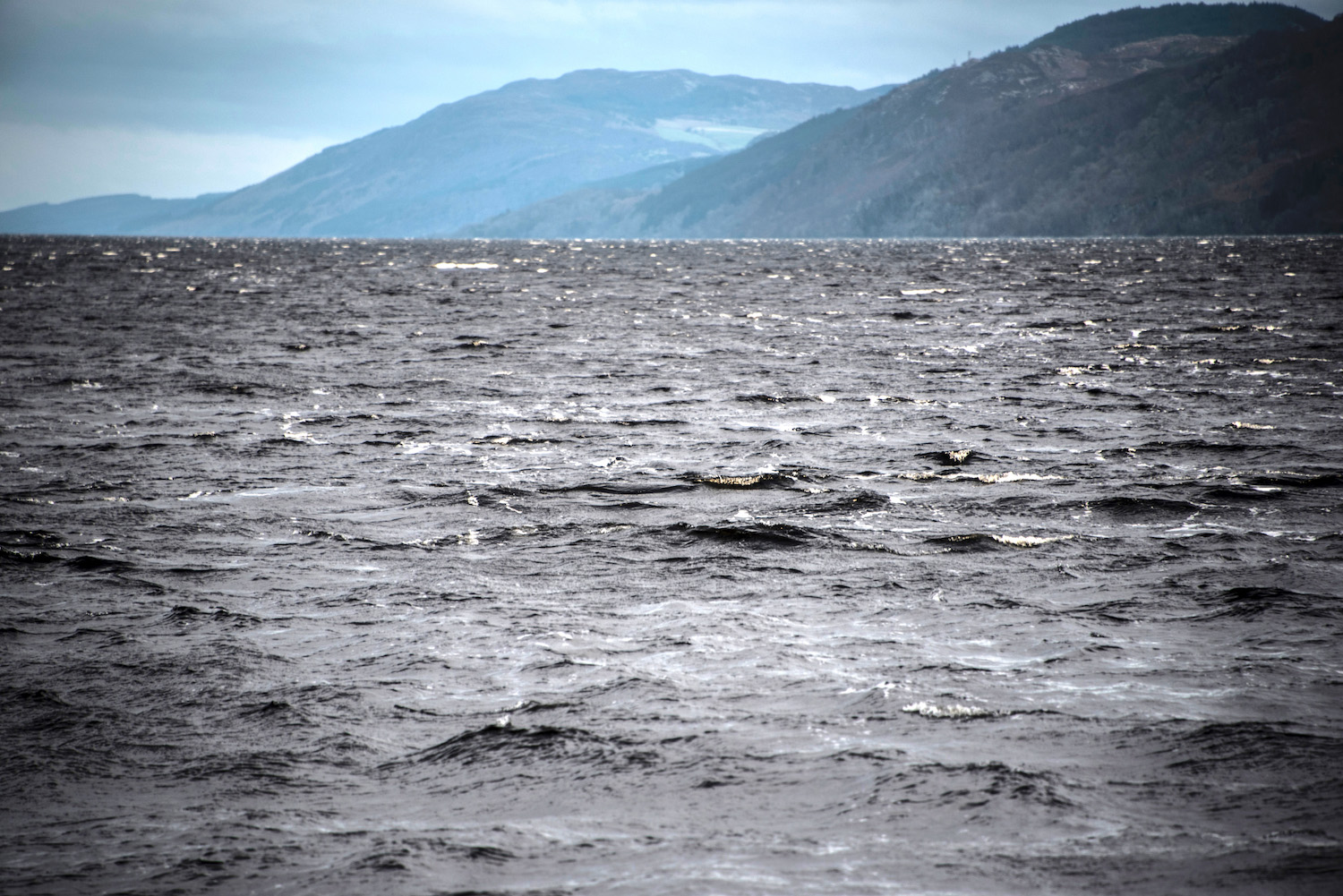 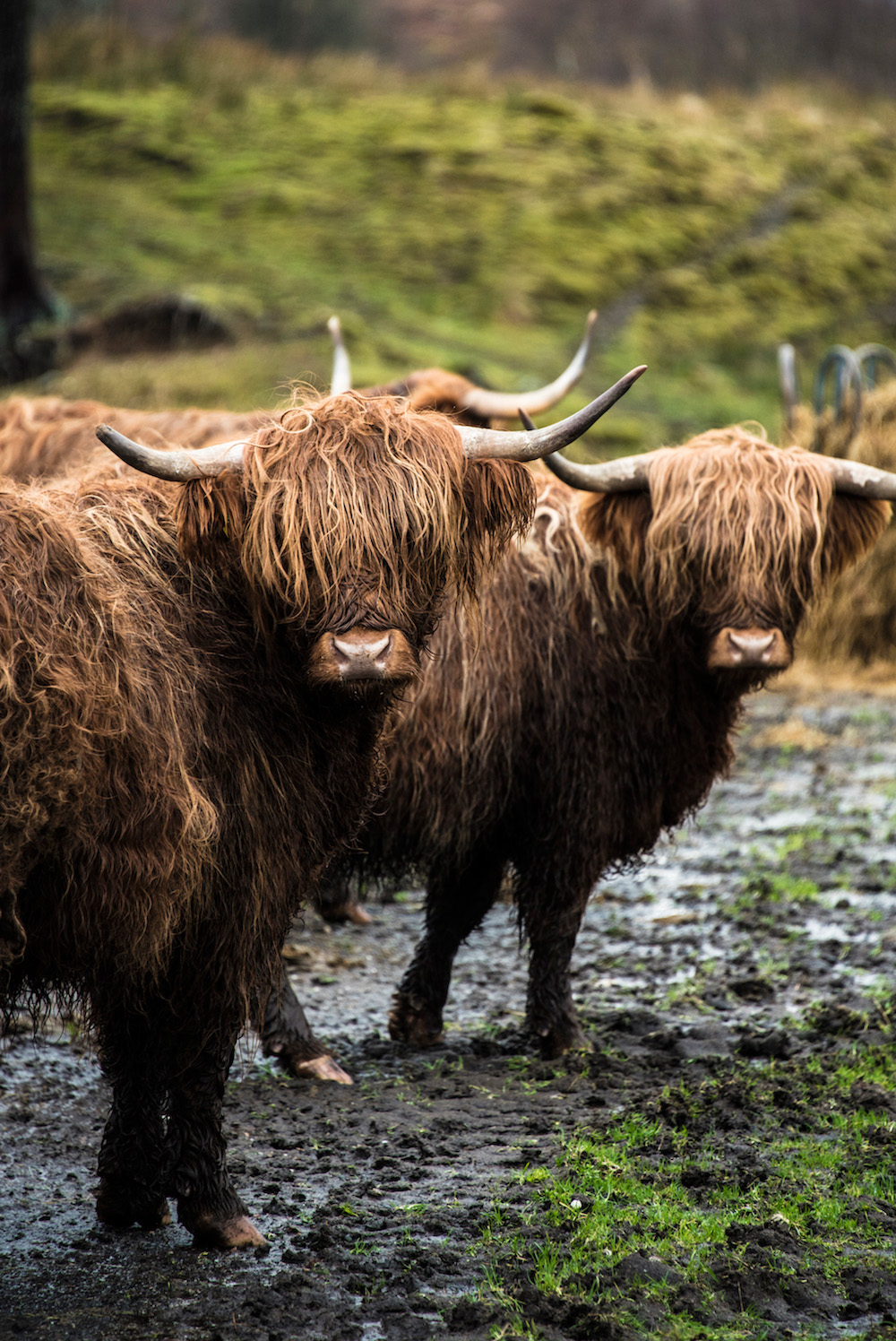 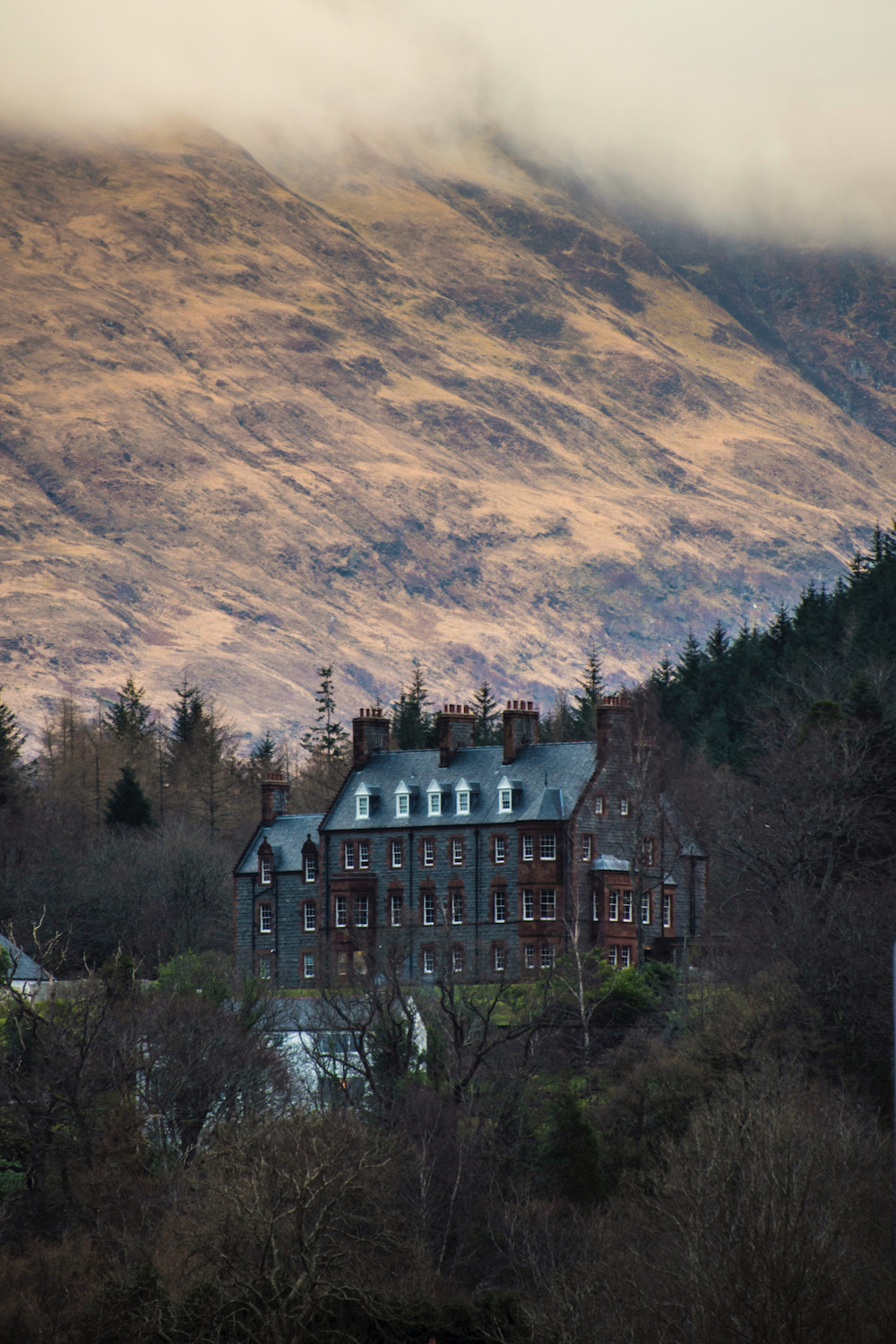 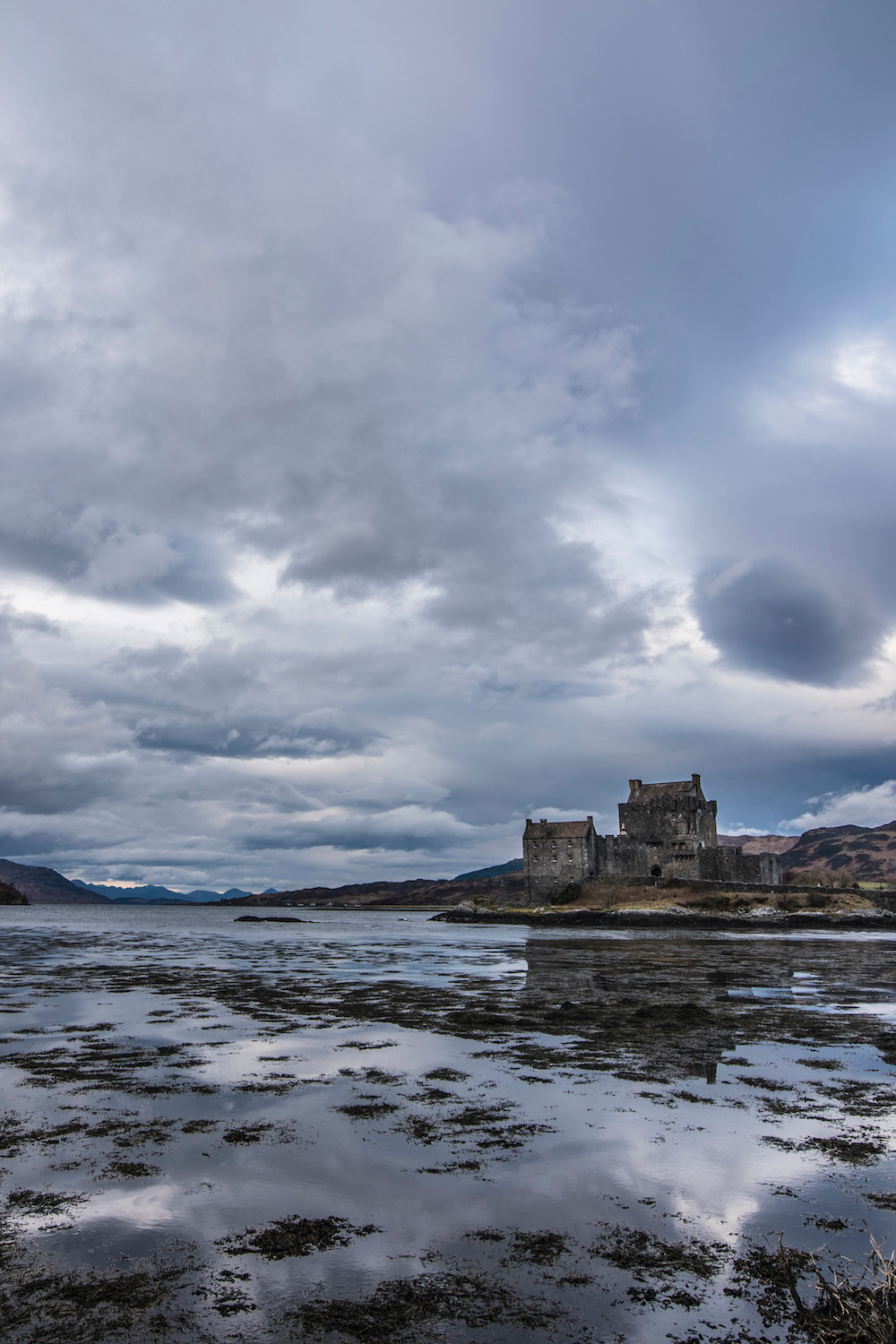 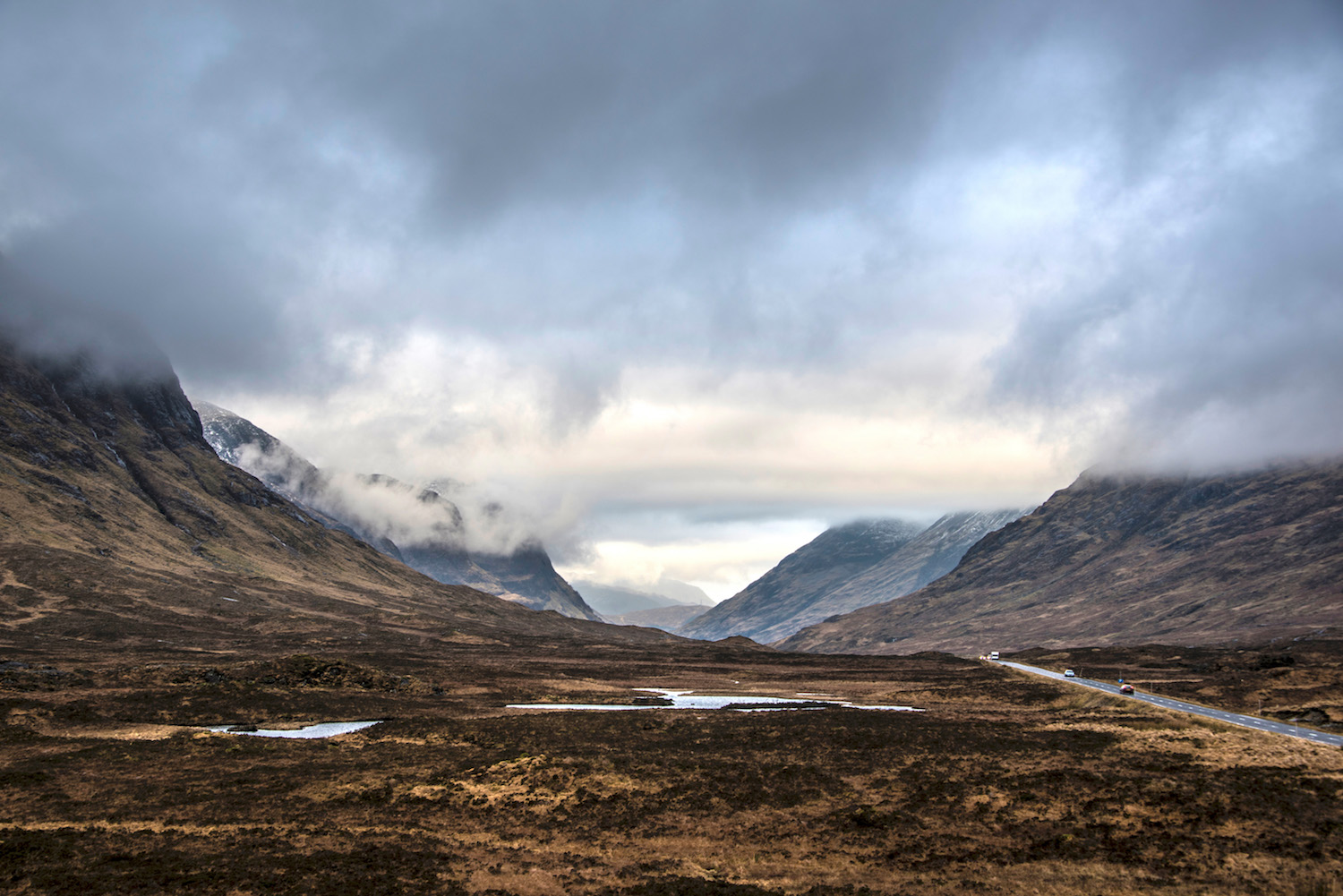 Whether you make your way independently or with a tour from Rabbie’s, whose one-day Loch Ness option also allow you to see Glencoe and the Scottish Highlands, I recommend eating lunch when you arrive, then heading over to the (surprisingly beautiful) Loch itself. Otherwise, Nessie might be out to lunch. A girl gets hungry in water so cold and black!

Have more than 3 days in Edinburgh and want to expand upon what do in Edinburgh, as I’ve dictated it? Create an Edinburgh itinerary 4 days or longer by taking a day trip to Glasgow (it’s just an hour away) or even to parts of the Scottish Highlands (namely Glencoe), which can be enjoyed in a day if you leave early and don’t mind returning to your Edinburgh hotel late.

How Many Days Are Enough for Edinburgh?

I’ll be honest. Although I originally structured this post as 3 days in Edinburgh (which I’ve continued during my most recent update), there’s enough Edinburgh sightseeing on offer to last a week—or a month. This is just what’s within the city center and Leith, and doesn’t include all the day trips and other excursions you might take.

To be sure, the three day time-frame assumed the day trips from Edinburgh you take will be relatively close to the city, such as Loch Ness, Glasgow or, potentially even Glencoe. If you plan to take an excursion that’s farther reaching than highland tours from Edinburgh (namely, a trip to the Isle of Skye), you might have to re-calibrate how many days in Edinburgh you plan to spend.

No matter what sorts of things to do in Edinburgh you imagine yourself doing, all amazing Edinburgh itineraries include a few of the same stops:

Spending longer in the UK or Europe? Make sure to check out my recommendations for two months in Europe.

Other FAQ About Your Edinburgh Itinerary

What should I not miss in Edinburgh?

Obviously, you won’t want to miss Edinburgh’s Royal Mile, which leads to famous Edinburgh Castle. Viewpoints such as Calton Hill and Arthur’s Seat are also a big part of the reason so many travelers make the journey to Edinburgh in the first place. However, an underrated part of Edinburgh is Leith, which leads from the old city down to the harbor.

Is two nights enough in Edinburgh?

Two nights in Edinburgh will allow you to see most of Edinburgh’s top attractions, albeit at a somewhat compressed pace. For example, you might begin at Edinburgh Castle, having lunch in trendy Haymarket before walking down the Royal Mile in the afternoon and ending day one atop Calton Hill, before combining a morning in Leith and an afternoon atop Arthur’s Seat on your second day.

Edinburgh isn’t anymore cheap or expensive than other large cities in the UK or Western Europe. Most travelers can expect to spend a minimum of 100 GPB (~130) USD per person, per night in Edinburgh, including accommodation, meals and local transport, but not counting the cost of transport to Edinburgh.

How many days should you spend in Edinburgh? Regardless of your final answer, my Edinburgh itinerary is but the beginning of the incredible adventures you can have in Scotland’s capital. Whether you stick to city-center Edinburgh attractions like the Royal Mile and Edinburgh Castle, walk though Leith toward the Sea, or take day trips to Loch Ness and the Scottish Highlands, eclectic Edinburgh is one of the best cities in Europe. The places to visit in Edinburgh and its vicinity are simply breathtaking!

#blogmanay is brought to you by Edinburgh’s Hogmanay and is supported by ETAG, The Scottish Government, VisitScotland, Edinburgh Festivals, Marketing Edinburgh, Rabbies Tours and co-creators Haggis Adventures. Created and produced by Unique Events. As always, all opinions expressed here are entirely my own.