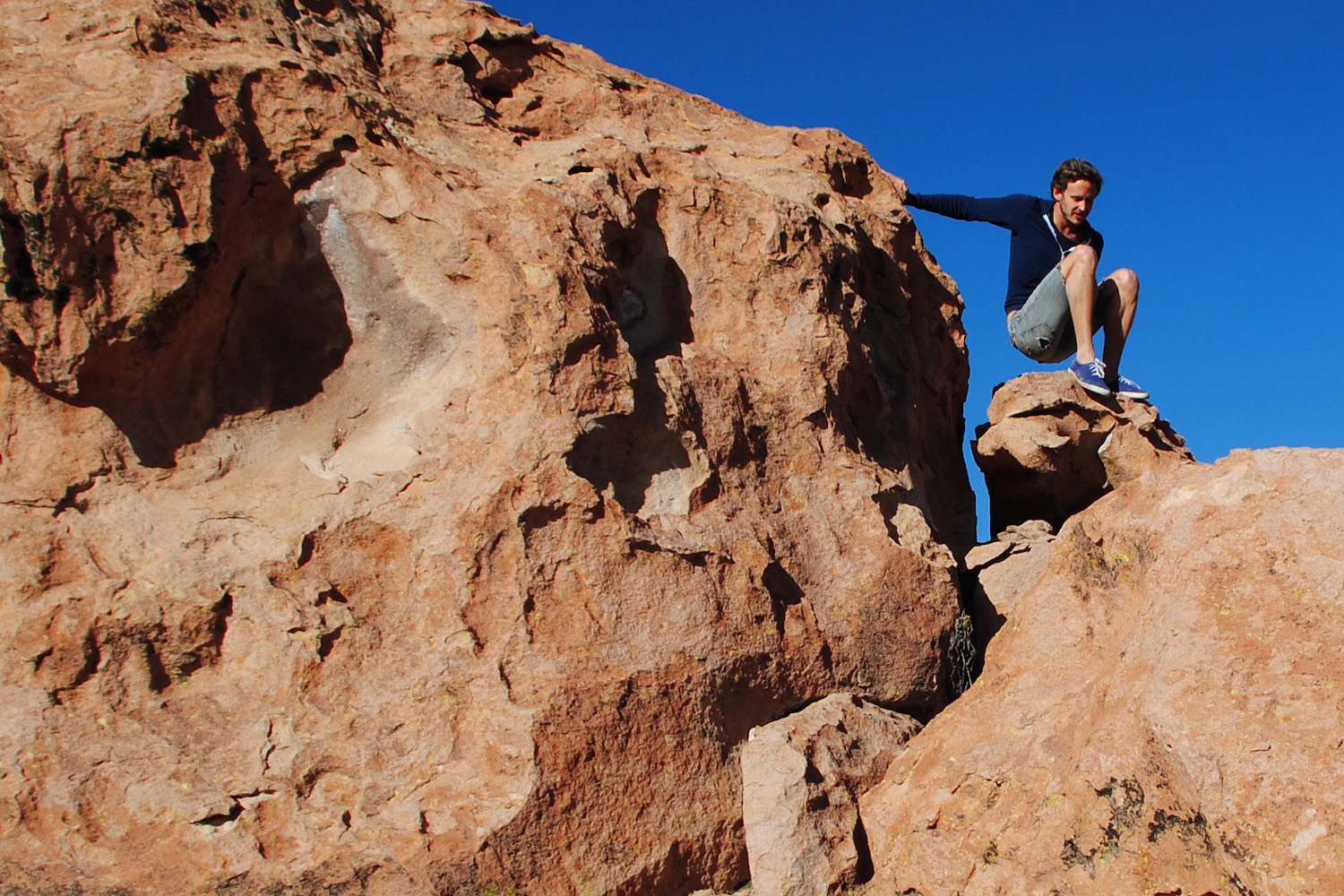 South America is one of the world’s largest and most mountainous landmasses, which makes it a paradise for travelers. Unfortunately, the continent’s transportation infrastructure leaves something to be desired, particularly when it comes to rail.

The good news is that getting around in South America is relatively simple once you get a hang of it—and, in most cases, rather affordable as well. The better news? My guide, which you’ll find below, puts everything you need to understand South America’s transport status quo in one convenient place.

Need help planning your trip to South America? Hire me as your Travel Coach!

High-quality tour buses with air-conditioning, reclining seats or beds and (usually) toilets are by-and-large the most popular way of intercity and international travel in South America, even for journeys longer than 24 hours. The quality and prices of buses in South America vary depending on the country you visit, so consider that before you plan your trip to South America around bus travel.

In Argentina, for example, you can purchase a “Suite” seat that features a completely flat bed, a three-course meal and complimentary wine or champagne for under $100 US, even on long journeys such as Mendoza to Buenos Aires. Buses in Bolivia, on the other hand, tend to be more basic, with only the most popular tourist routes (such as from the capital La Paz to the Salt Flats in Salar de Uyuni in the southwestern part of the country) seeing service from tour buses.

Comfort notwithstanding, a major advantage of overnight buses in South America is that they save you the cost of a night’s accommodation—and, in some cases, the cost of a meal. Daytime buses, meanwhile, permit you to take in fantastic, otherworldly scenery at ground level, rather than from 35,000 feet up.

Speaking of 35,000 feet, what about flying in South America? Well, it’s a mixed bag.

North America has JetBlue, Southwest Airlines, Volaris and WestJet. Europe has Ryan Air, Vueling and EasyJet. Asia has AirAsia, Jetstar and Tiger Airways, all of which also serve Australia. South America, unfortunately, is a bit behind in this department, although things have been getting better.

When I made my first trip to South America, in 2011, the situation was particularly dire, with low-cost South American airlines that are relatively large today (namely, Brazil’s GOL and the offshoots of Colombia’s Avianca that exist around the continent) still in their infancy. I remember searching for a one-way flight from Foz do Igauçu, Brazil to Rio de Janeiro and finding nothing cheaper than about R$800, which was worth about 400 USD at the time.

With the exception Peruvian tourist trains that travel to Machu Picchu and a few commuter routes in cities like Buenos Aires and São Paulo, trains in South America are all but nonexistent, in stark contrast to places in Europe and Japan, where train travel often dominates. With few exceptions, you shouldn’t plan on taking trains more than occasionally as you travel through South America.

While South America’s long-distance buses are spacious and modern, traveling shorter distances often requires some sacrifice—namely, of your personal space. As their name suggests, collectivos are collective mass transport, which usually takes the form of small, white vans that travel popular urban, local and regional routes.

On the other hand, what you lose in privacy and comfort by taking a collectivo, you gain in other areas. First of all, the small capacity of collectivo vehicles and the popularity of the routes they serve means frequency is high—if you miss one, you’re probably only a few minutes from another. Secondly, collectivos tend to be extremely cheap, usually similar to what you pay for a city bus, and always much less than a taxi.

Getting around in South America is different to just about anywhere else in the world—the rail network pales in comparison to the one you find in Europe and most parts of Asia; and while low-cost air carriers are becoming more popular, fares can still be high. Once you accept the idea that long-distance bus travel is not only feasible but quite enjoyable, however, and make peace with the fact that traveling short distances often requires some discomfort, I think you’ll find that South America travel is a piece of cake.