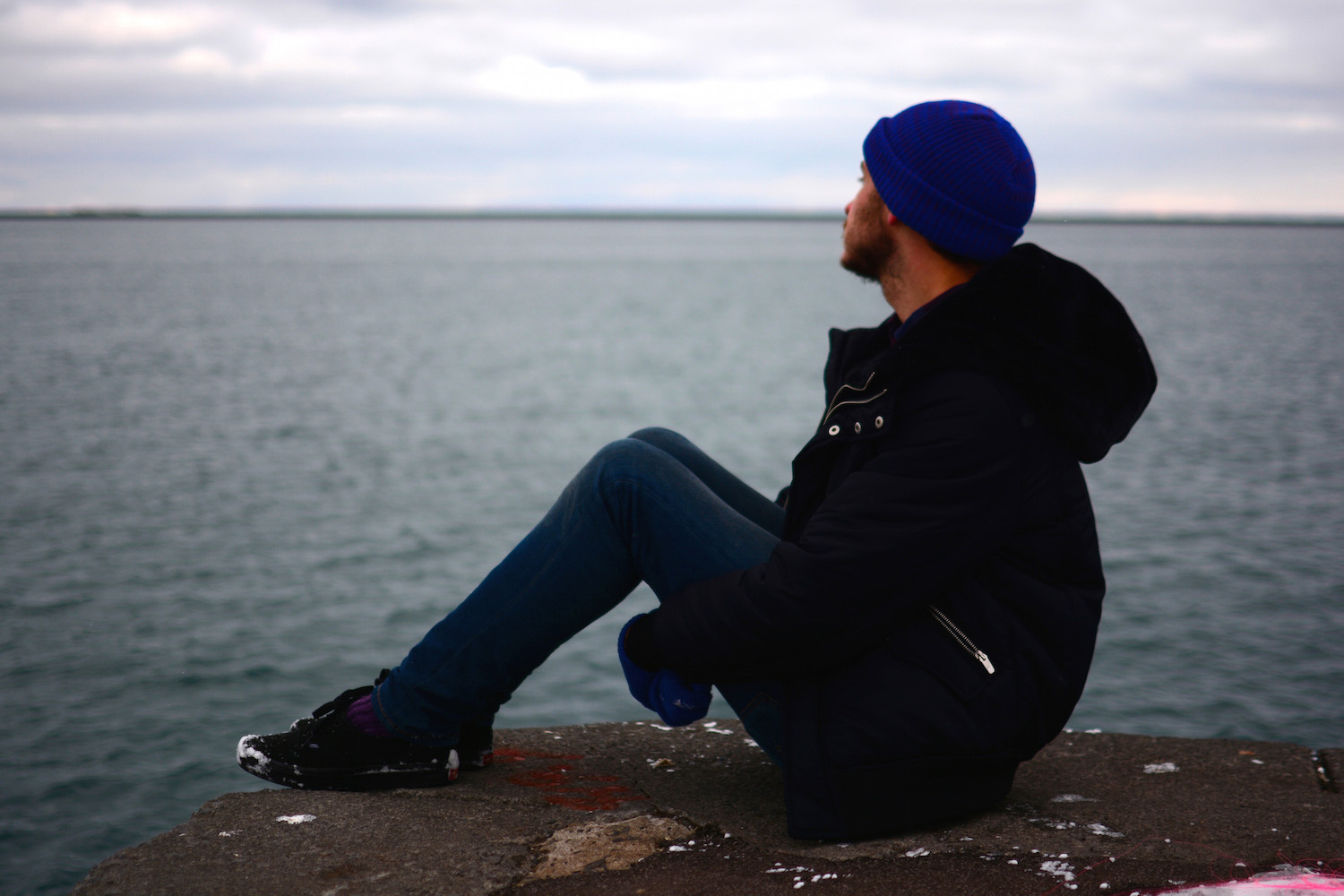 Everyone goes to Otaru to see the canal, but the ocean was calling my name. The seascape seemed greyscale as I began walking toward it, but with every footstep I took due north, the dull bay beamed an ever-electric turquoise, the sooty city snow brightened, the mountains over the bay in the distance glowed a more majestic purple, even the ancient cargo ships lurching out of the port seemed polished and new again.

While setting up my tripod for a self-portrait, I noticed a starfish frozen perfectly in the snow. I took a few photographs to try and place it in a less cruel context, yet in spite of how utterly lifeless the creature was, and how unsurprising its suspended state was given how clearly I could see my own breath, I wedged it from its icy tomb, one leg at a time, and delivered it lovingly back to its home.

It sank quickly – as quickly, from my perspective looking down at it anyway, as it had fallen through the air – and by the time I looked over to where I’d first seen the cold star to see if had left an impression behind, a snow drift had erased the remaining terrestrial evidence of its existence. I had barely lifted a finger – my own or those of the starfish – and yet I felt as joyful as Lazarus the morning after the crucifixion. 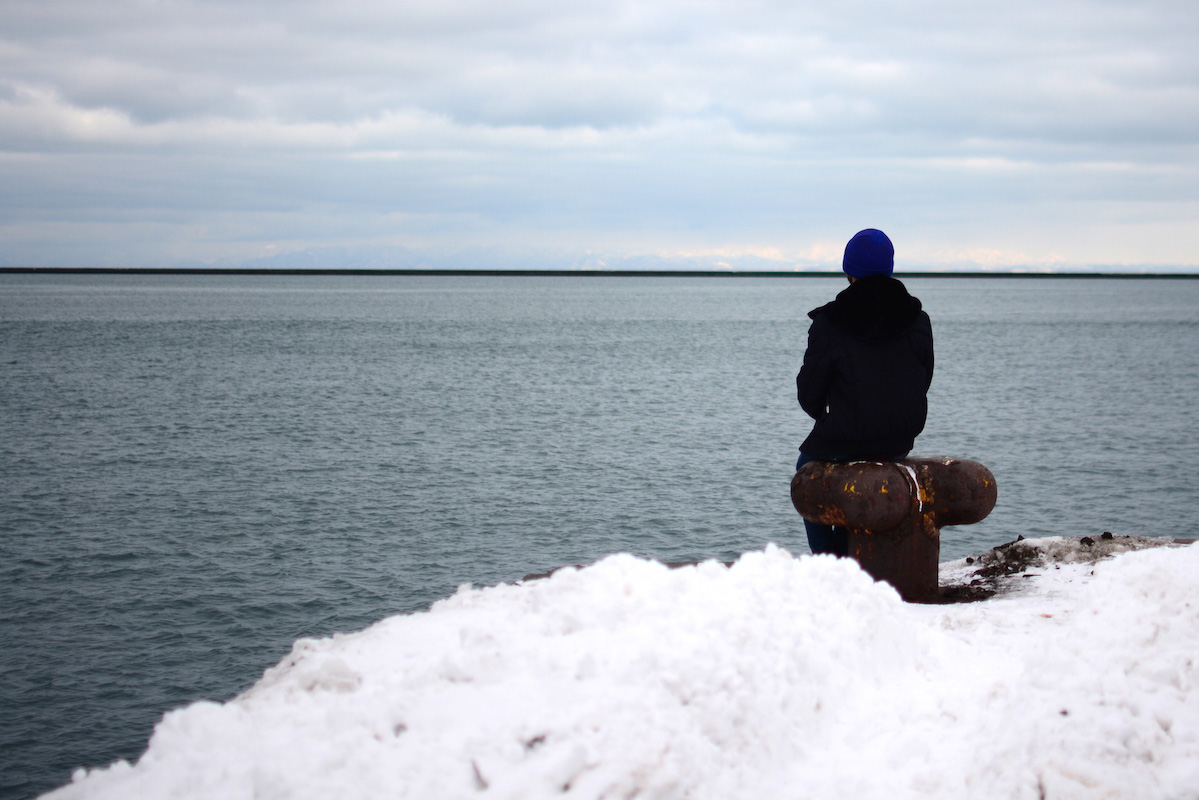 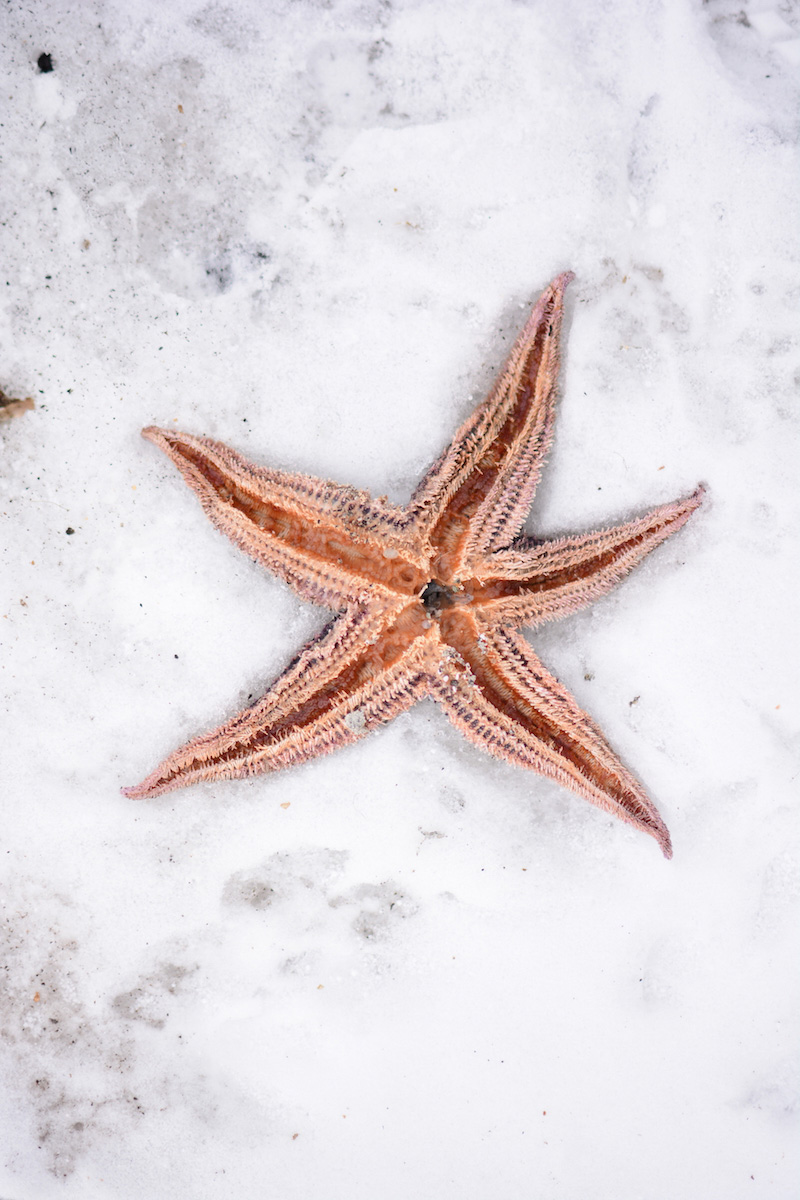 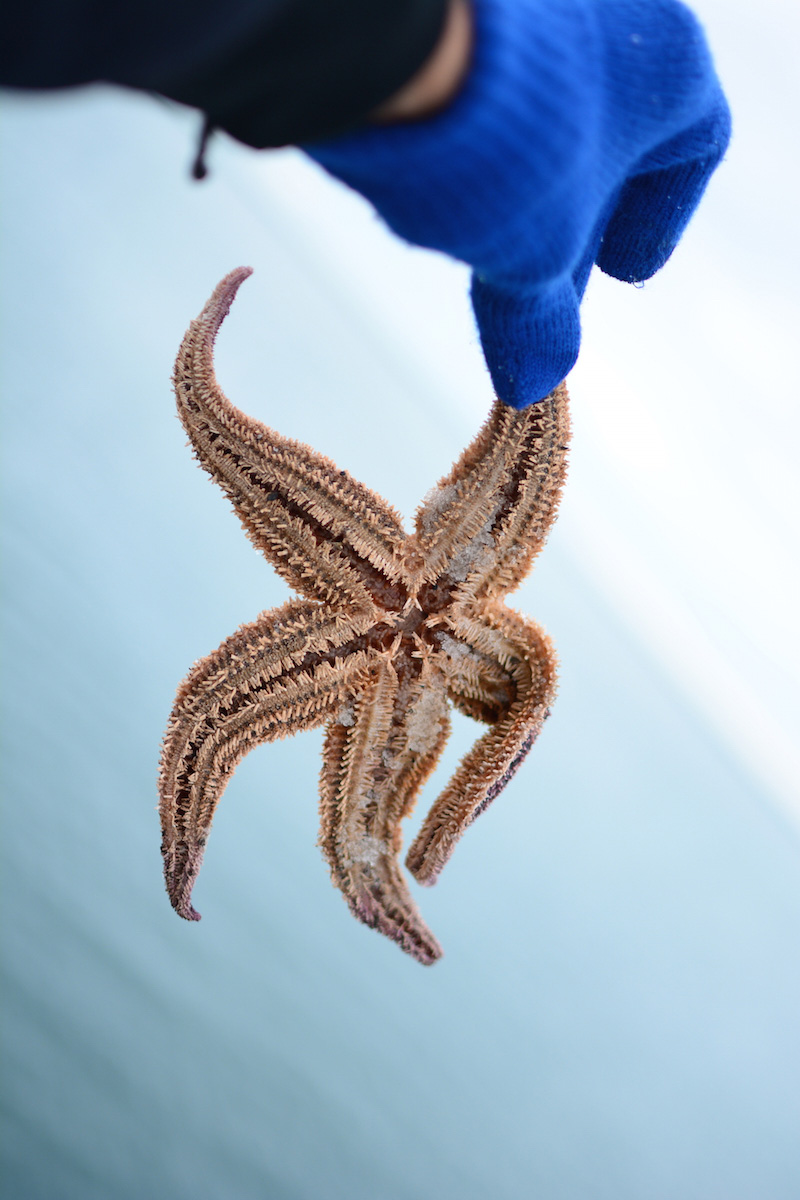 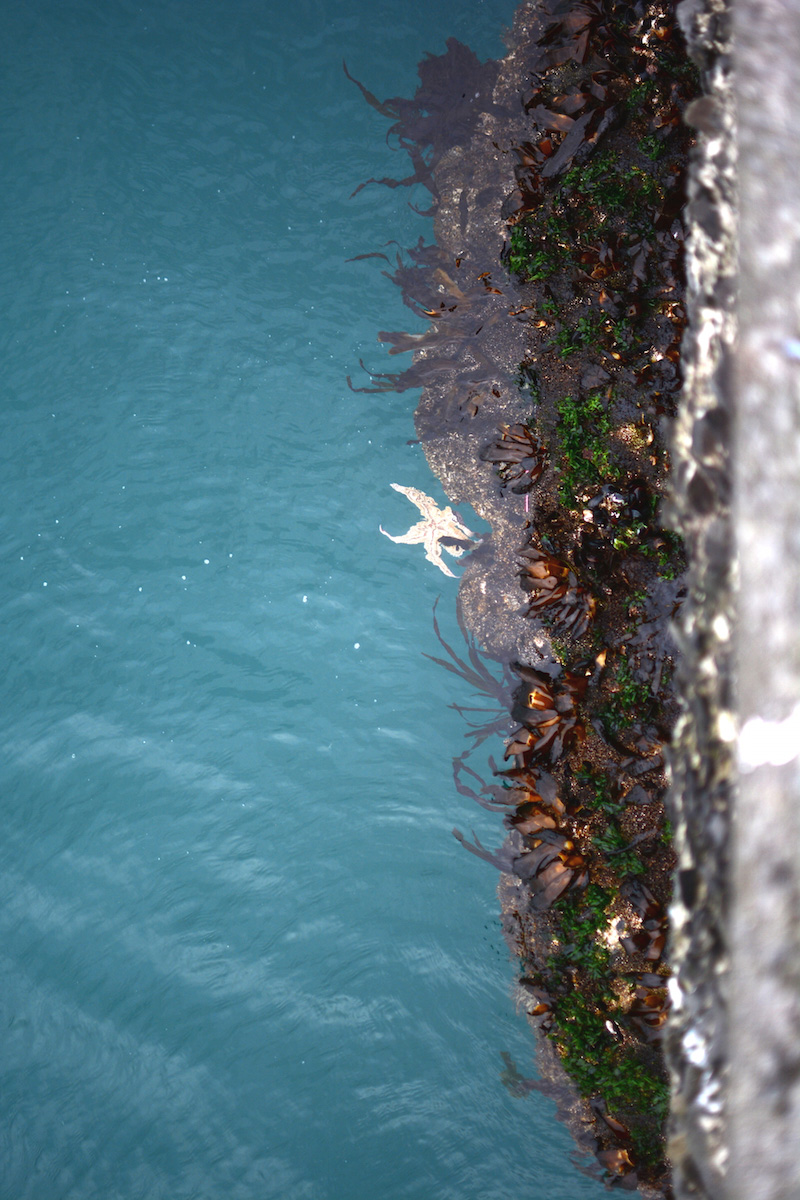 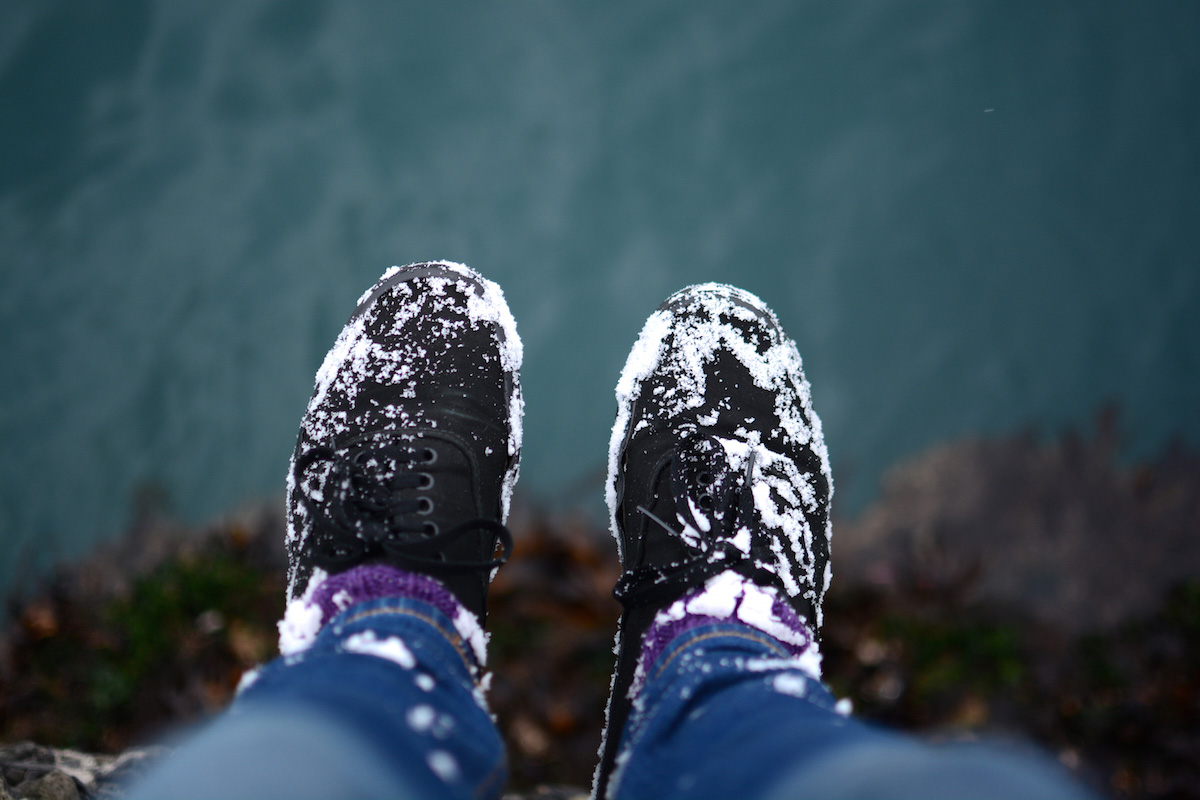 I was exactly where I needed to be, doing exactly what I wanted to do – and then my fucking camera broke.

I knew from the sputter my not-so-trusty Nikon made that it was done for. It was a pathetic sound, a mechanical whimper. I should’ve felt sorry for it, since my frequent use of it no doubt drove it to that point, but instead I was furious. Of all the moments my camera could’ve crapped out; of all the places in Japan, its fucking birthplace!

Hurling it at the ground was as pointless as Jodi Arias shooting Travis Alexander after he was already dead, yet probably even more satisfying, since I won’t have to face a grand jury for murdering a piece of electronic equipment.

My initial impulse, after adding insult to my camera’s mortal injury this is, was to pack up and head home – I came to Hokkaido, after all, to capture images of Japan in winter. My trip was shorter than the repair would’ve taken had my camera still been under warranty (and had I noticed decided to smash it as a means of catharsis); and the nearest place I could possibly travel to purchase a replacement was Sapporo, which seemed a million miles away from the sweet spot I’d found away from the Otaru Canal, amid the cargo ships and the frozen starfish.

And so, if you can believe it, I canceled the remainder of my hotel reservations and booked myself a seat on a flight back to the U.S. the next day: I was over Hokkaido, just minutes after arriving in my first destination.

Or at least it seemed that way, until the hotel cancellation and flight change emails began to roll in, allowing me to see the fruits of my hissy fit spelled out. What the fuck did you just do, Robert? You’ve had this trip planned for months! You are not going home, boo.

The good news is that, upon coming to my senses, I managed to track down my exact camera model at a shop in Sapporo (at a huge discount from what I originally paid, no less) and re-book my hotels and my original flight before they filled up again. The bad news is that I lost about $500 worth of fees in the process, although I suppose in a way this is also good news – I’m not going to make the mistake of canceling an in-progress trip again anytime soon.

I did, of course, worry that perhaps my initial instinct had been the right one, particularly when I finally did visit the iconic Otaru Canal by night. It was gorgeous (at least when I was able to crop all the hotels built up along its south side out of the frame) but it was nearly impossible to enjoy thanks to the throngs of tourists walking along the slick snow of its banks, crowds that seemed more befitting of Tokyo than backwoods northern Hokkaido. 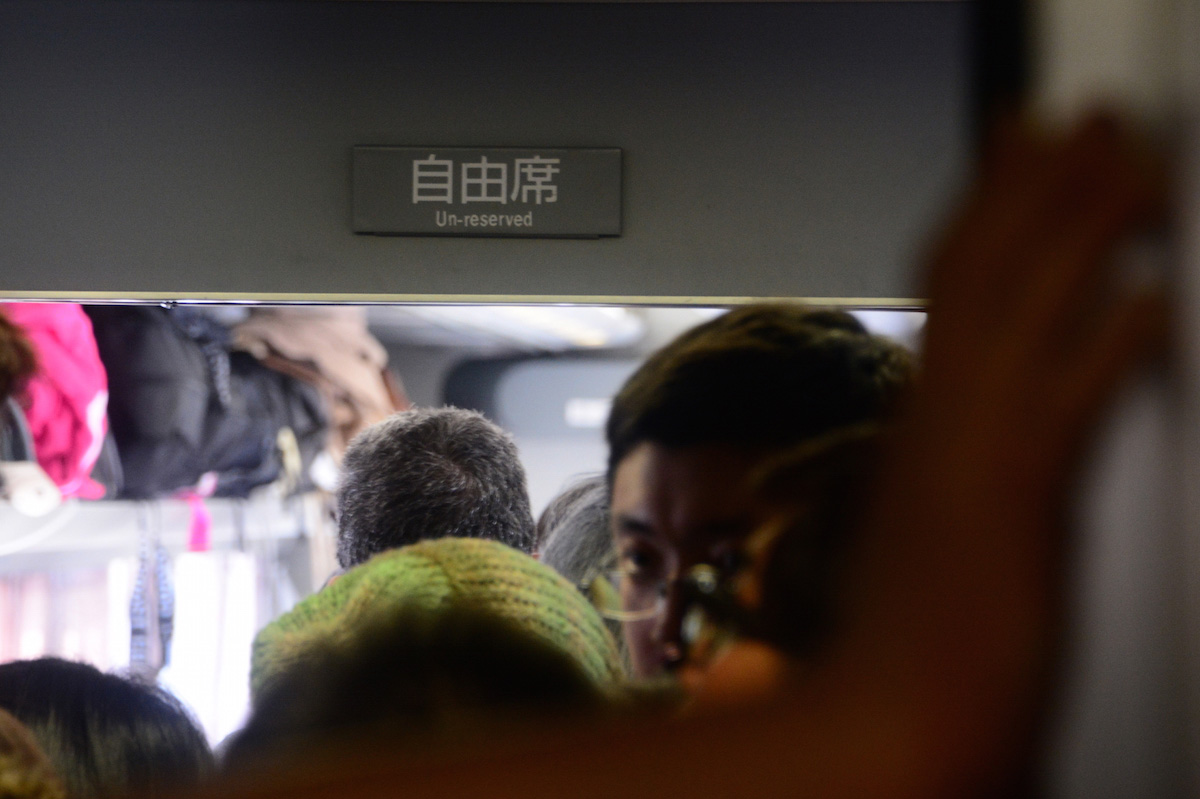 My train southward to Hakodate the next day, a rickety old number that seemed to stop at every station in spite of it being a “semi-express,” compounded my trepidation, quite literally – I found myself wedged between a trash can, a toilet and no less than three dozen other human beings who had also been stupid enough not to make seat reservations during the high season.

And yet Hakodate was an absolute revelation. A large-ish city wedged between a pair of bays at the foot of a towering mountain, and with a level of Western influence that belied its homogeneous population, Hakodate reminded me of San Francisco, visually anyway, albeit without the endemic homelessness (and, among the non-homeless, hypocrisy) that defines America’s city by the bay.

I took a liking to Hakodate the very moment I walked over one of its squid-embossed sewer covers, but it wasn’t until the following morning, when I was on my way to its daily seafood market, that our love affair was official. The pre-dawn sky began to glow with purples, pinks and oranges, and on account of Hakodate’s strange geography, I was able to quickly make my way to an eastward-facing section of coastline, giving me an unobstructed view of sunrise, and a completely private one – not a creature was stirring, not even a local. 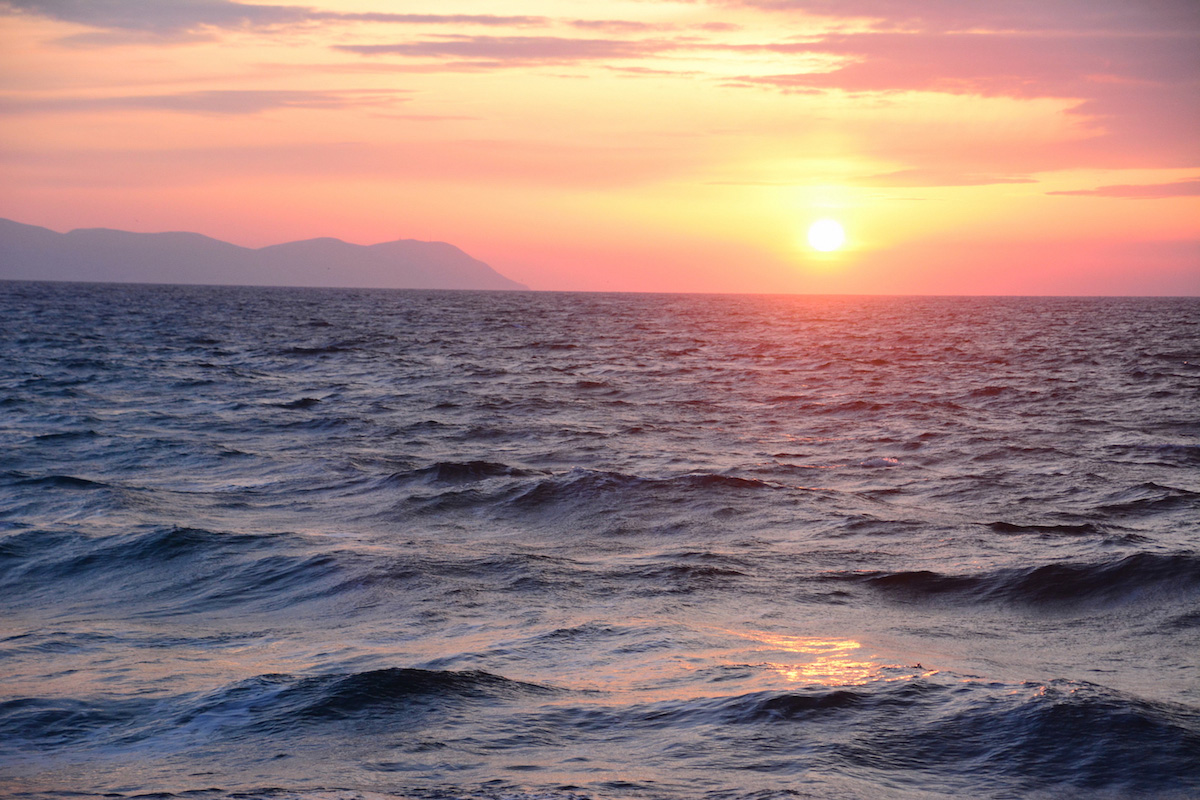 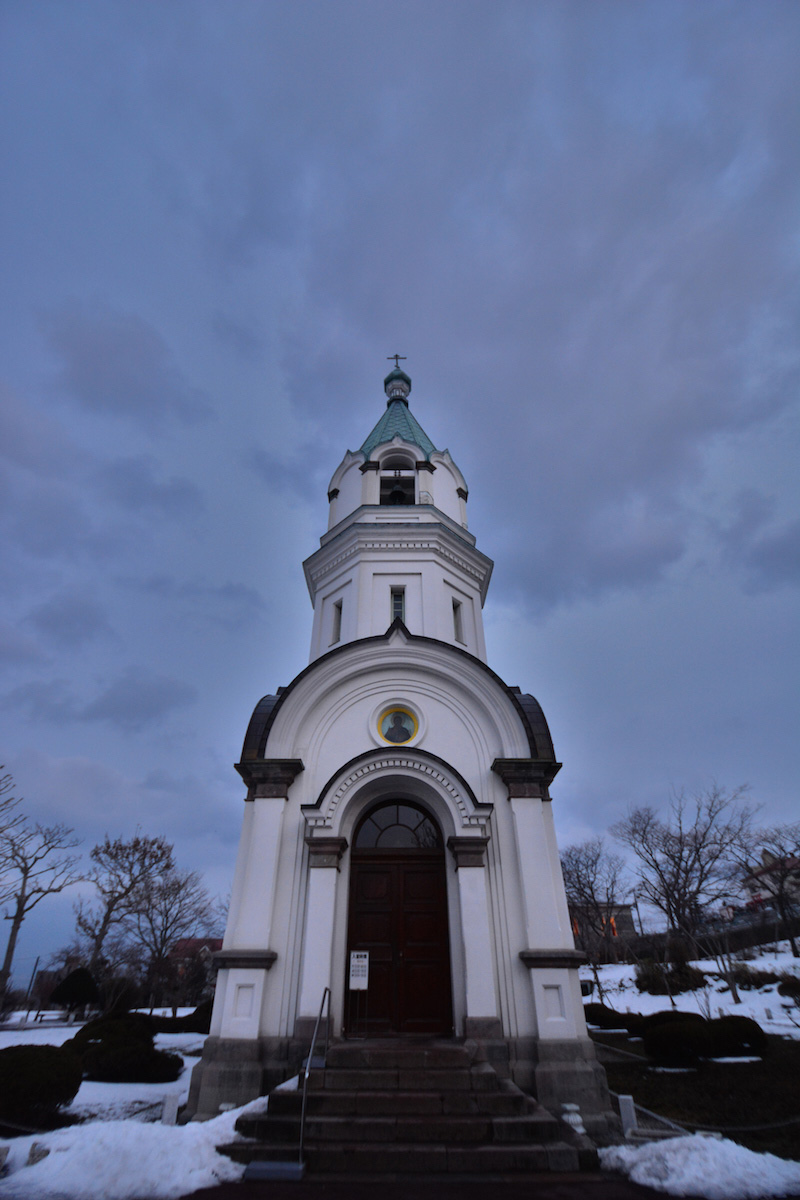 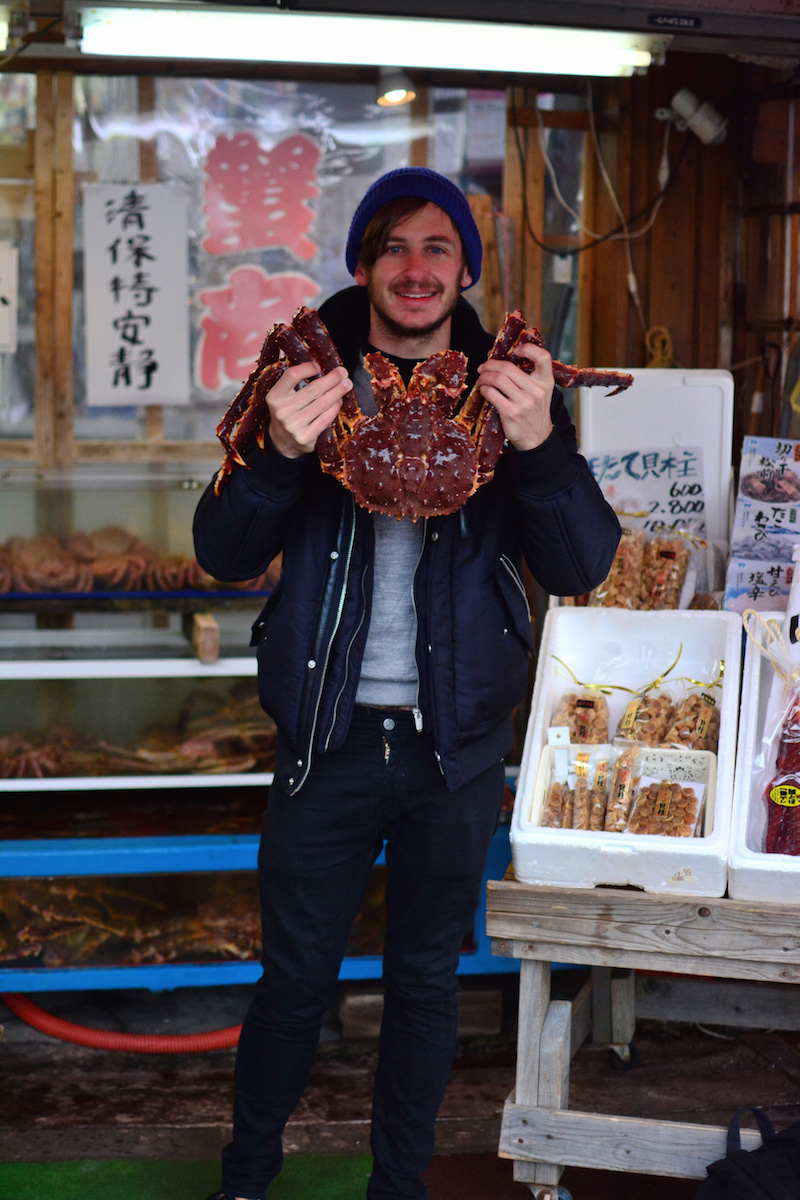 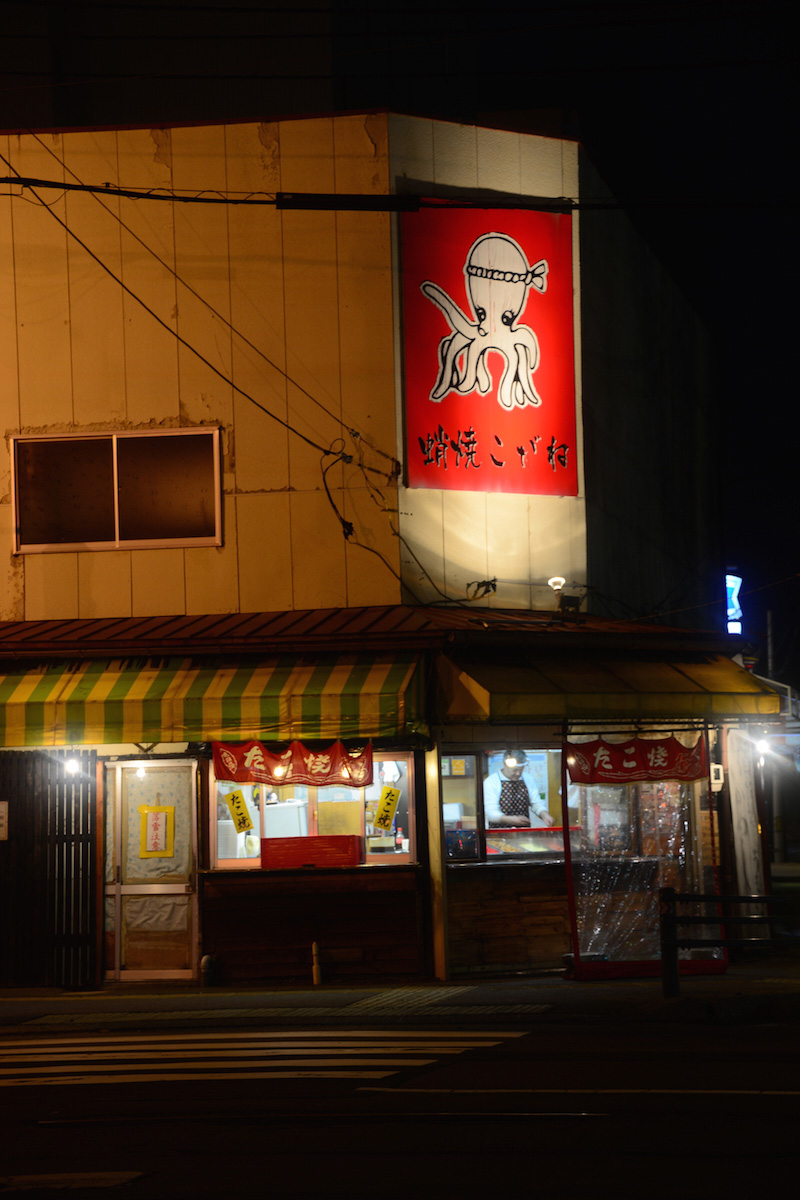 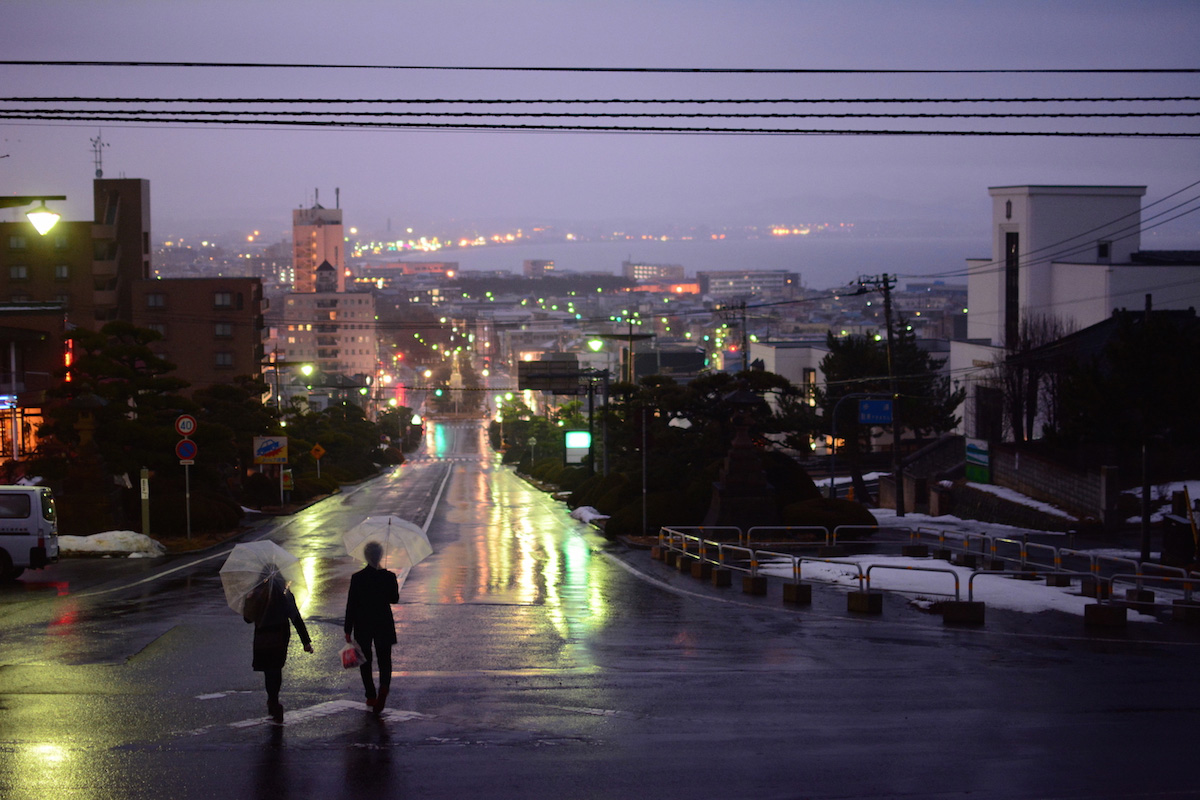 In fact, with the exception of the Hakodate Ropeway which, in winter, is the only option for ascending Mount Hakodate to take in the iconic “night view” of the city, Hakodate was entirely devoid of tourists, a fact that when combined with its walkable footprint made it one of the most delightful places I’ve ever had the pleasure of exploring.

It sounds like I’m being hyperbolic, but I’m not: I’ll be writing a dedicated article that sings Hakodate’s praises within the next few weeks – be on the lookout for it.

Unfortunately, my adoration for Hakodate only served to highlight how lukewarm I felt about Hokkaido’s capital Sapporo, which in turn made me feel shitty, since Mayumi (a local to whom I’d been referred via the excellent Tralocal.com platform) had also been kind enough to chaperone me around the city.

Sapporo is woefully uninspiring, a flaccid version of so many other places I’ve been: Its urban core is but a poor man’s Tokyo; its famous Snow Festival is mere flurries compared to the spectacle I recently saw in Harbin; it lacks the quaint charm of Otaru or the picturesque setting of Hakodate. 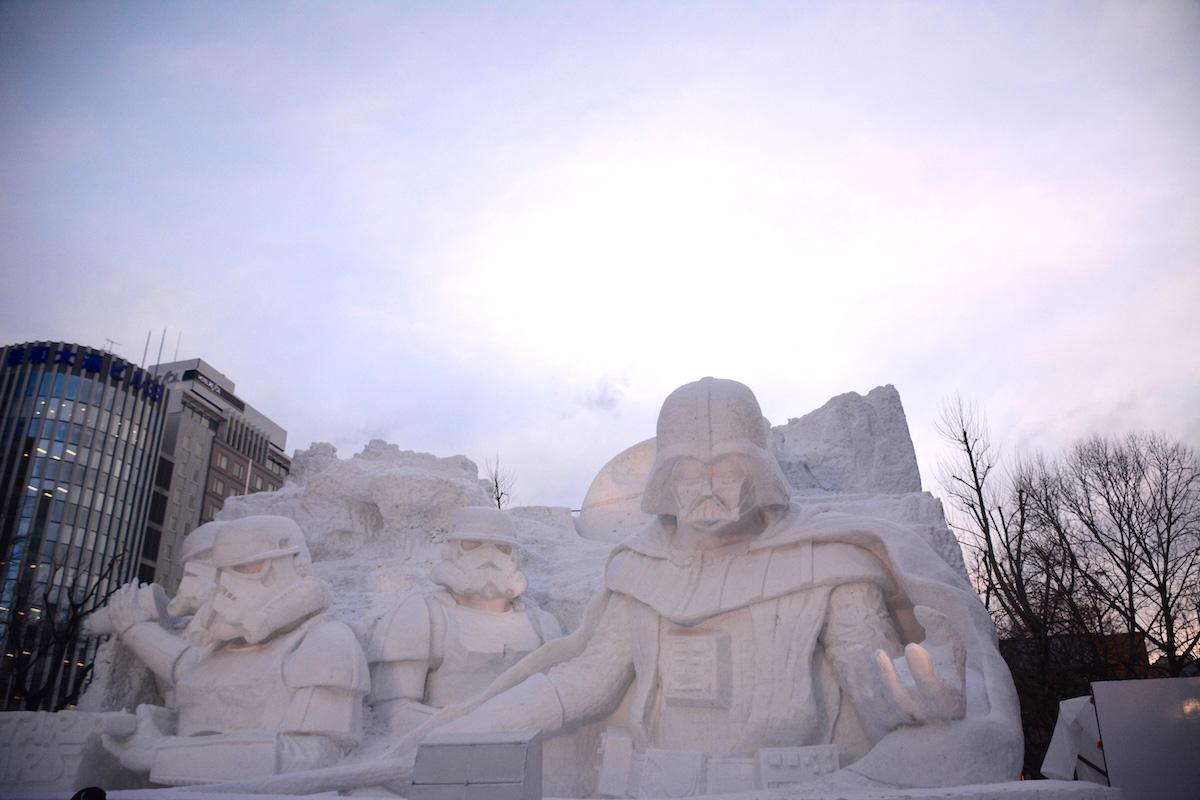 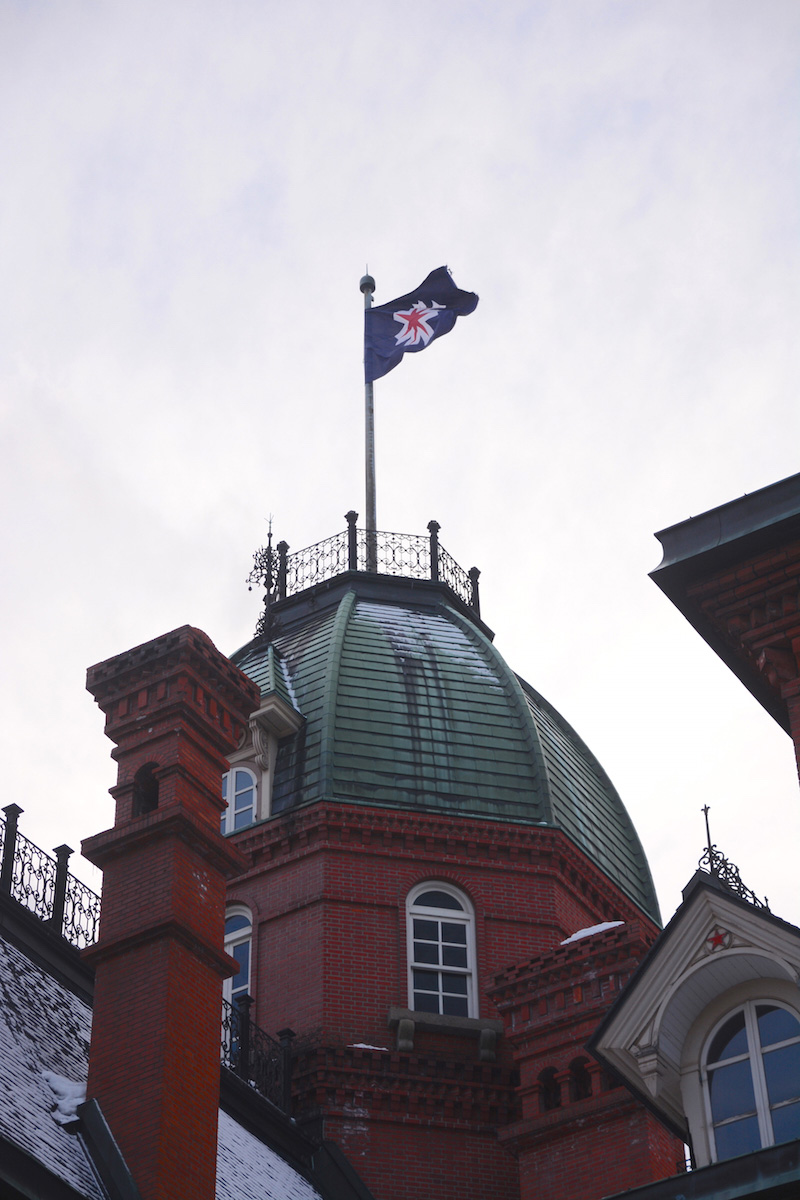 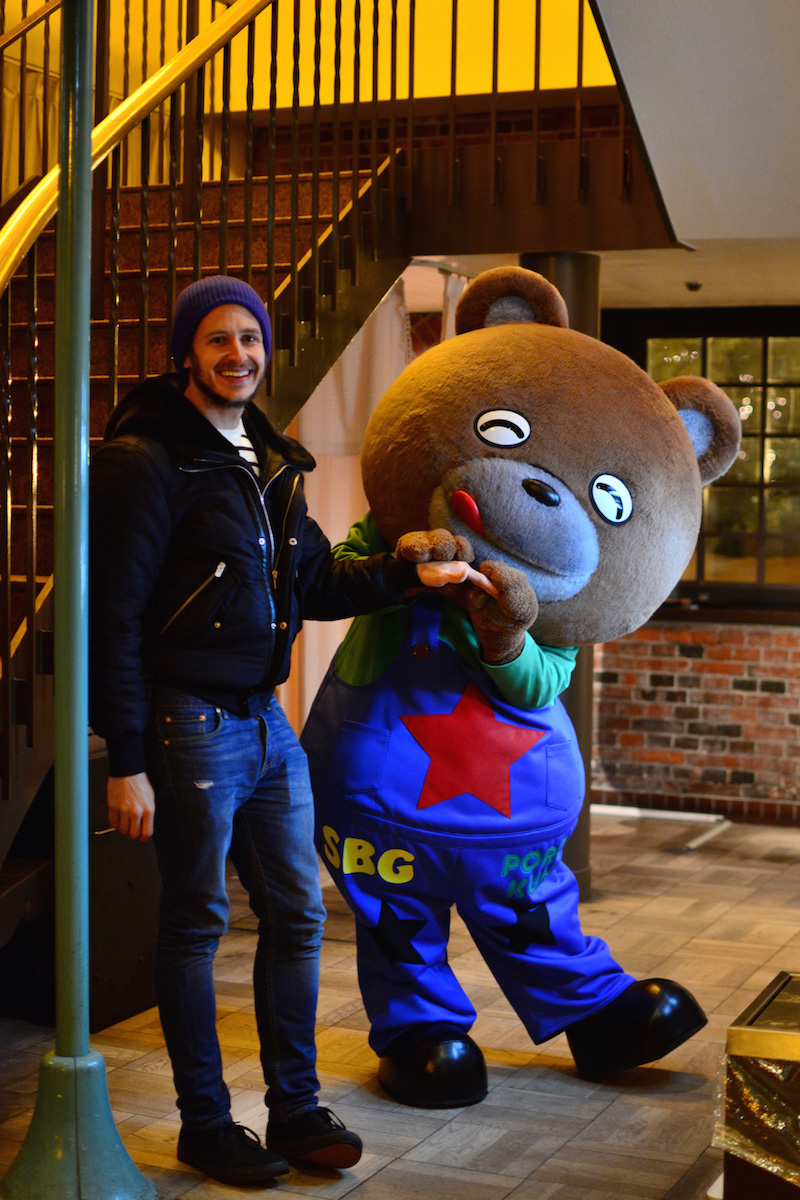 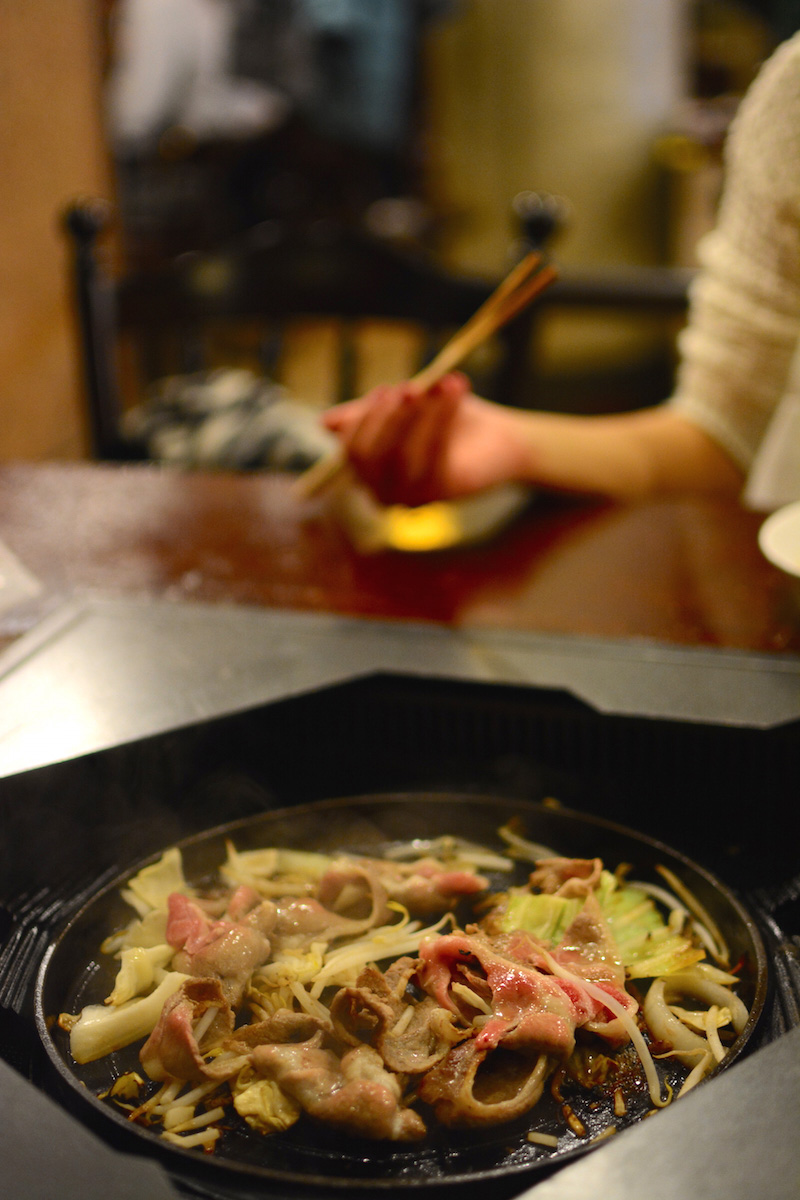 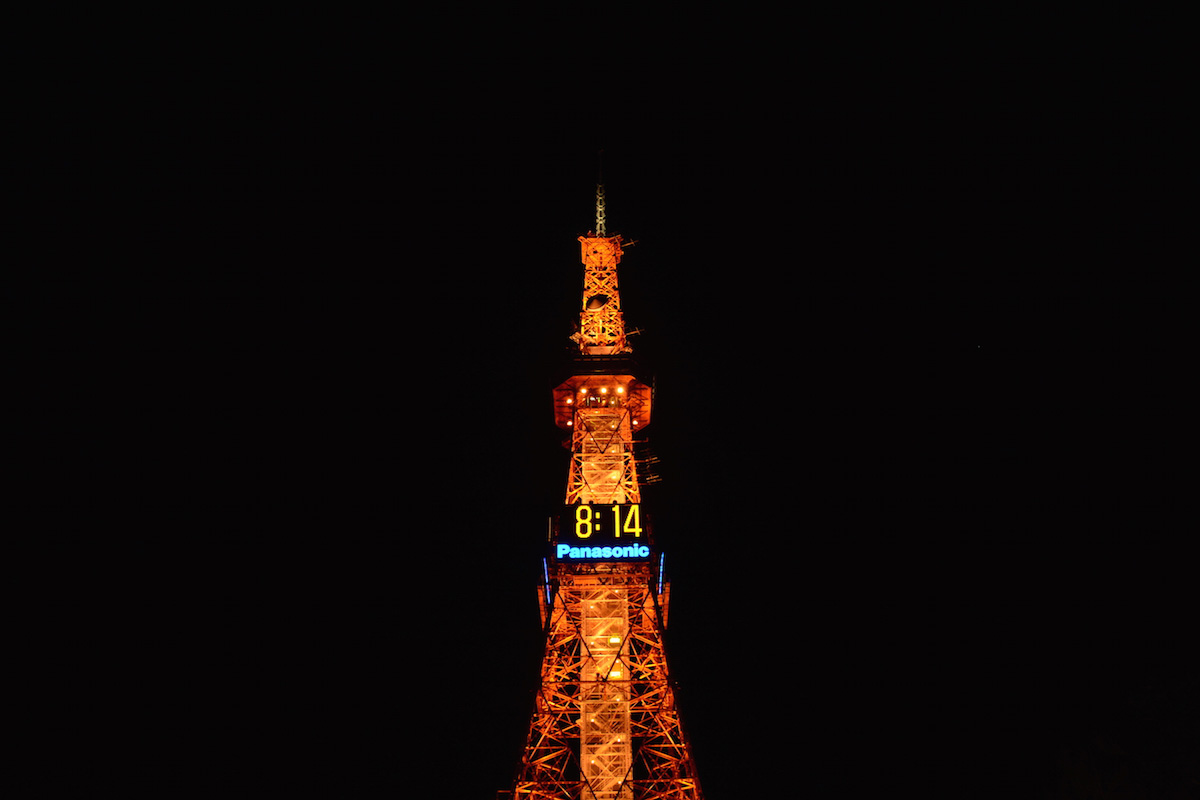 Compounding this was the fact that photography is, for me, a profoundly selfish pursuit, which meant that in order to respect Mayumi’s kindness in having taken me around the city, I had to largely half-ass the way I visually represented Sapporo, which resulted in it being even more disappointing in my photos than it is in real life, if that was even possible.

Mayumi was absolutely lovely, however, and I experienced a lot of joy during the time I spent with her, my feelings about Sapporo itself notwithstanding. Most notably, we enjoyed an extremely stellar meal at Sapporo Beer Hall – thinly-sliced lamb meat prepared in a style known as “Genghis Khan” – where I got a hug from the most kawaii character I’ve ever come across in person.

I said goodbye to Hokkaido in Jozankei, an onsen town in the mountains just outside of Sapporo – I think the photos of this experience speak for themselves. 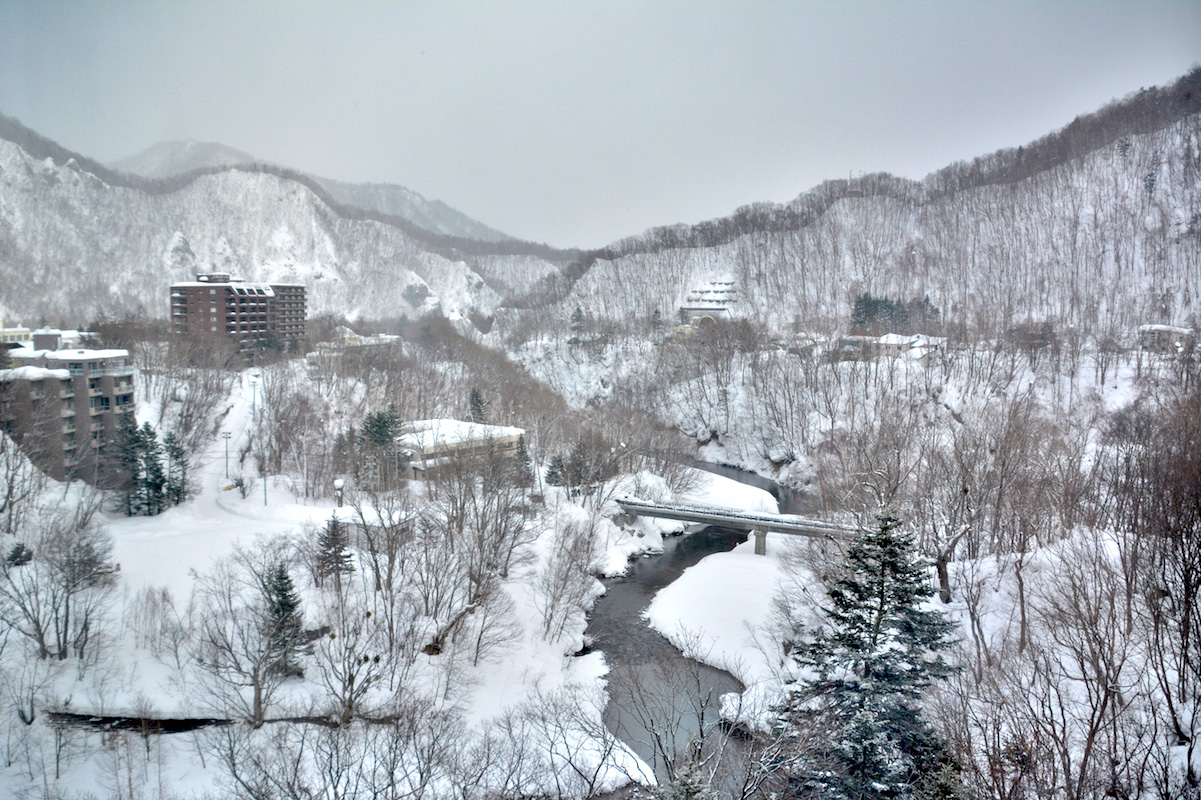 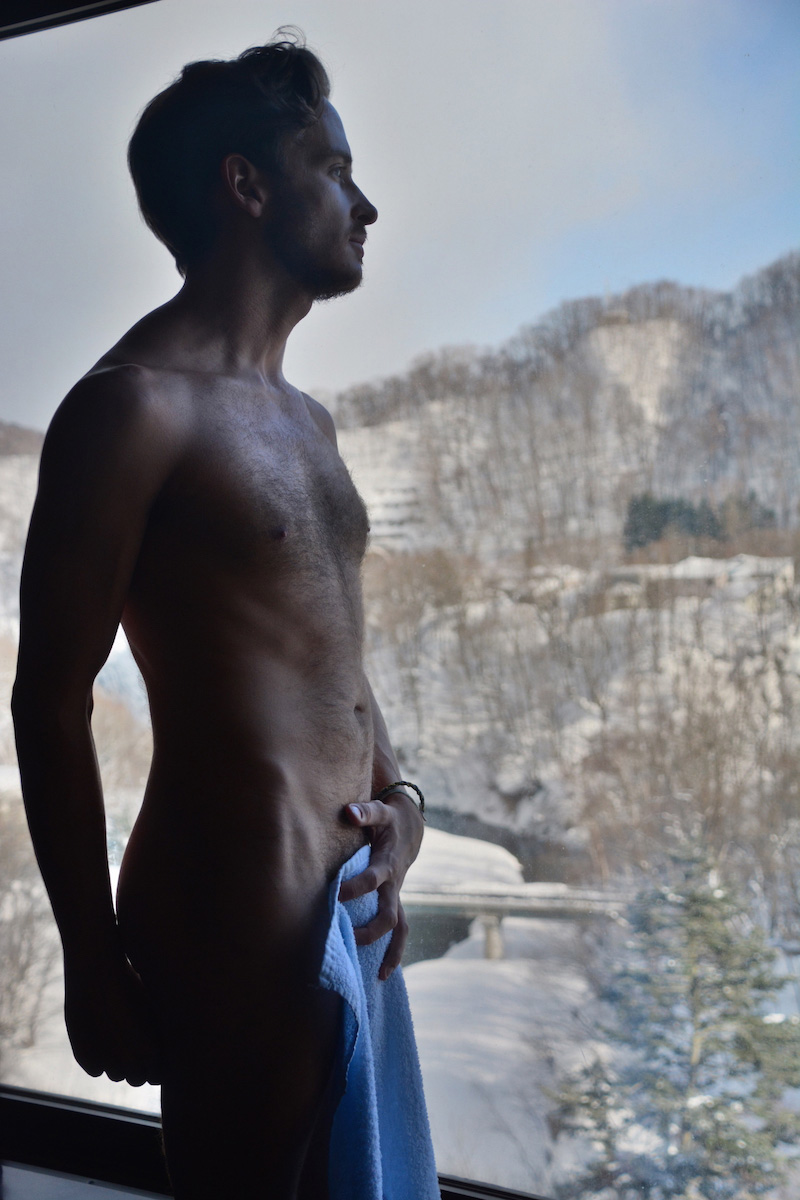 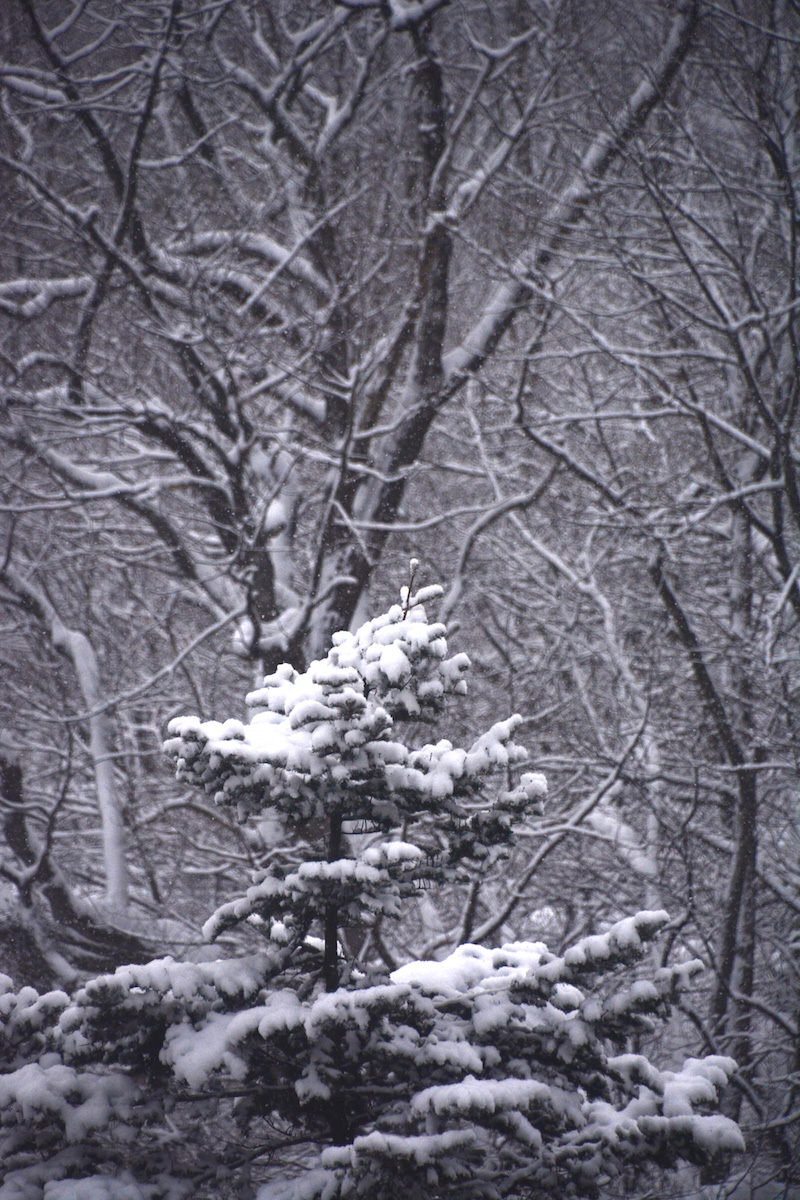 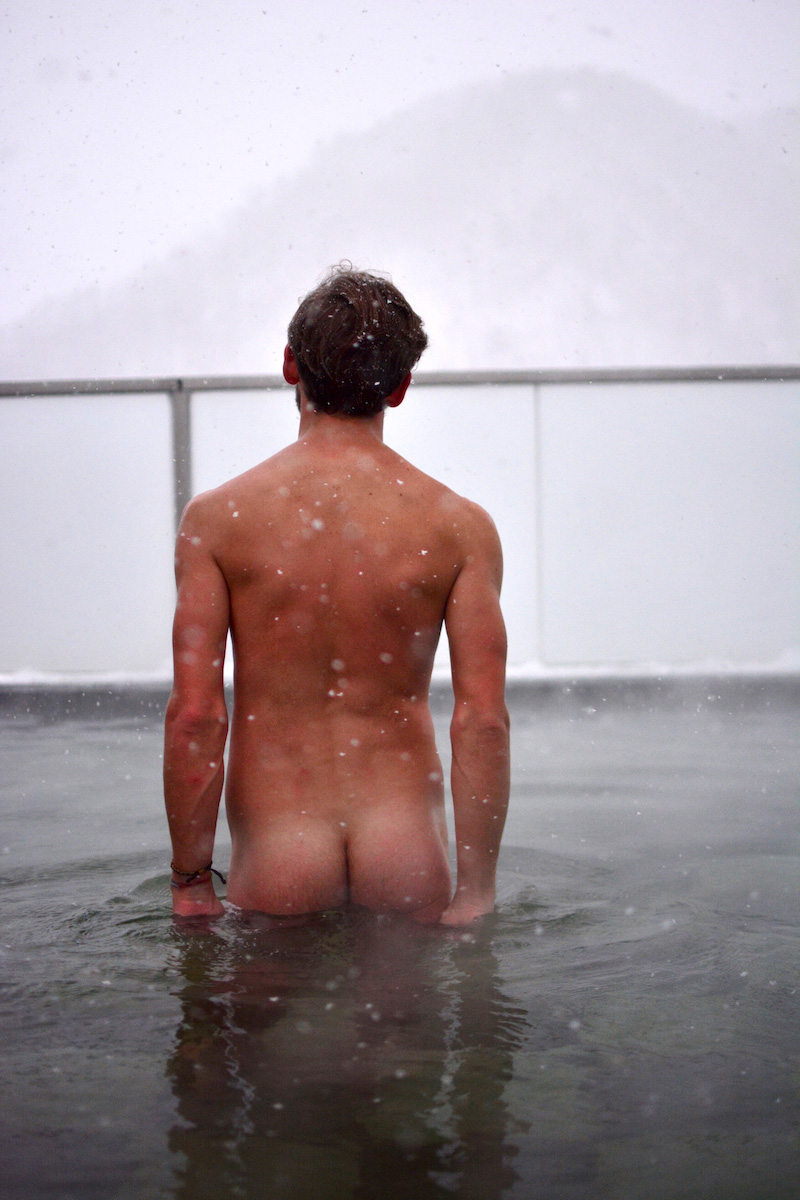 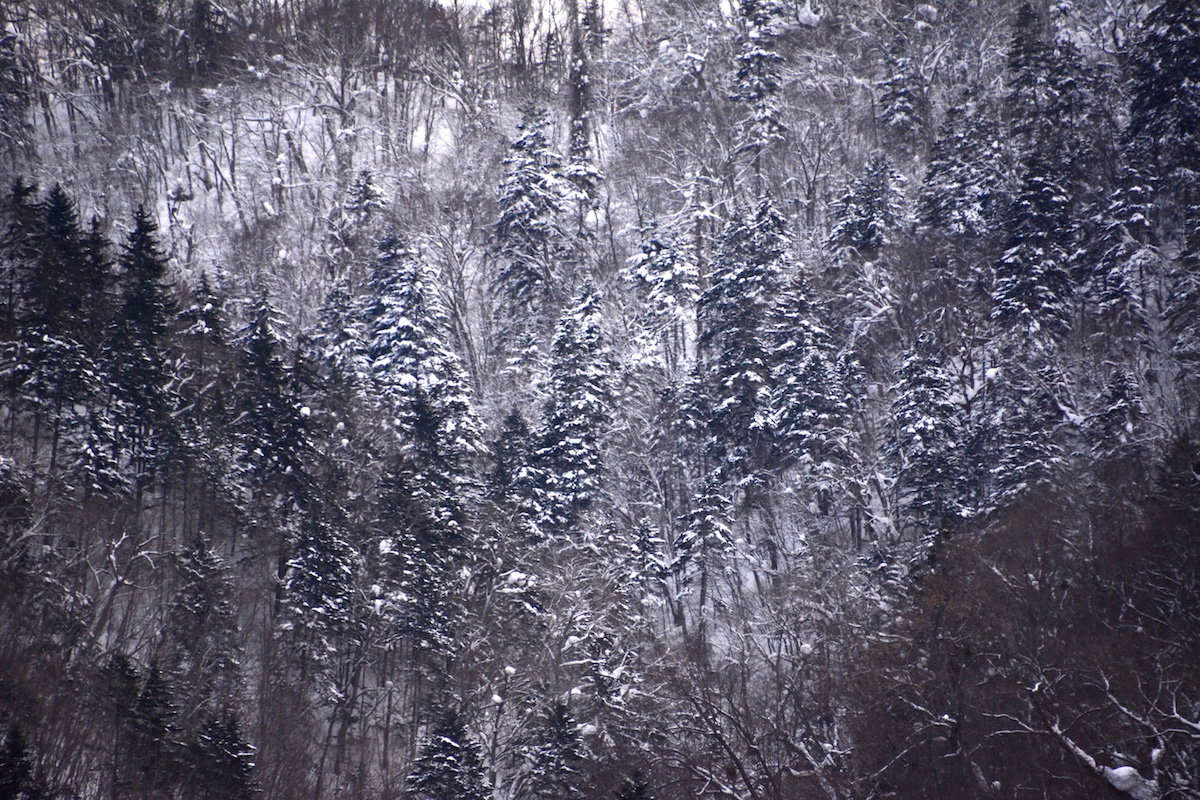 With the notable exception of Hakodate, Hokkaido was far from my favorite place I’ve ever visited, although I bear some of the responsibility for that: I chose to rely on its train network, not knowing how primitive it was compared to the rest of Japan’s, which restricted me from exploring some of its wilder reaches.

(Of course, some of the blame also falls directly on Hokkaido’s tourism department, whose suggested itinerary I followed exactly.)

I really wish I’d enjoyed my trip to Hokkaido more than I did, but it’s whatever – Hokkaido, and the way I feel about it: Cameras break, people lose their tempers and we can’t all be soulmates.