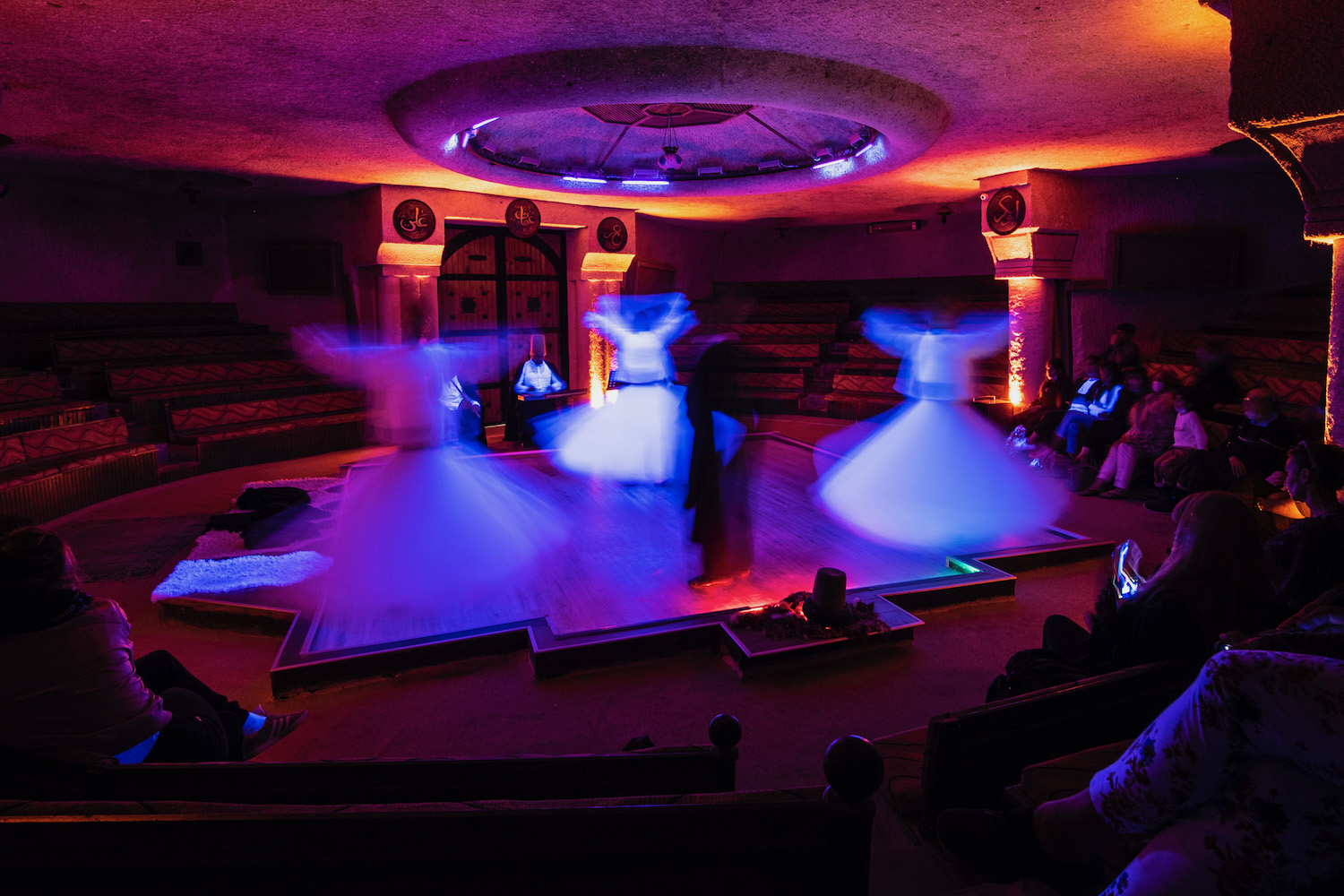 Is Konya worth visiting? As my bus from Antalya pulled in to the city a few weeks ago, I feared that returning to Konya might prove unfruitful, if not entirely worthless.

The city’s symbol, the turquoise mosque tower at the museum dedicated to Sufi poet Rumi, was undergoing a restoration that completely obscured its iconic color. Worse, it seemed I had arrived a day too late to see the Whirling Dervishes, who esoteric ceremonies are Konya’s second-biggest claim to fame.

Disappointed as I was, I set out into Konya’s streets determined to make the most of my second visit to the city, which had been the capital of the Seljuk Turks during the 12th and 13th centuries. I knew I wouldn’t have to dig deep to make my effort worthwhile.

Need help planning your trip to Turkey? Hire me as your Travel Coach!
Contents
1  My Konya Stor(ies)
2  My Favorite Things to Do in Konya
2.1  Visit the Mevlana Museum
2.2  Walk through the Dervish Cemetery
2.3  Get lost in the old town
2.4  Lean into the conservatism
2.5  (Try to) see a Whirling Dervish ceremony
3  Where to Stay in Konya
4  Other FAQ About Visiting Konya
4.1  What is Konya known for?
4.2  Is Konya safe?
4.3  How far is Konya from Istanbul?
5  The Bottom Line

Is Konya worth visiting? If I’m honest, I didn’t even know such a city existed when I rolled up there the first time, on a rainy day at the beginning of May in 2015. I’d just enjoyed a night of fanfare and celebration in Istanbul, where I’d been flown as part of a media trip. My group and I had randomly selected Konya (and nearby Cappadocia), but none of us knew much about the former when we touched down at its airport the next morning.

I immediately loved Konya, and knew I would one day return there. This wasn’t just for pursuit of nostalgia: I wasn’t pleased with many of the photos I took in Konya the first time around, and wanted to have another go with my better camera (and significantly more developed skills). Unfortunately, the aforementioned construction (and my bad luck RE: the Whirling Dervish) performance meant that I’d have to try much harder than I expected.

My Favorite Things to Do in Konya 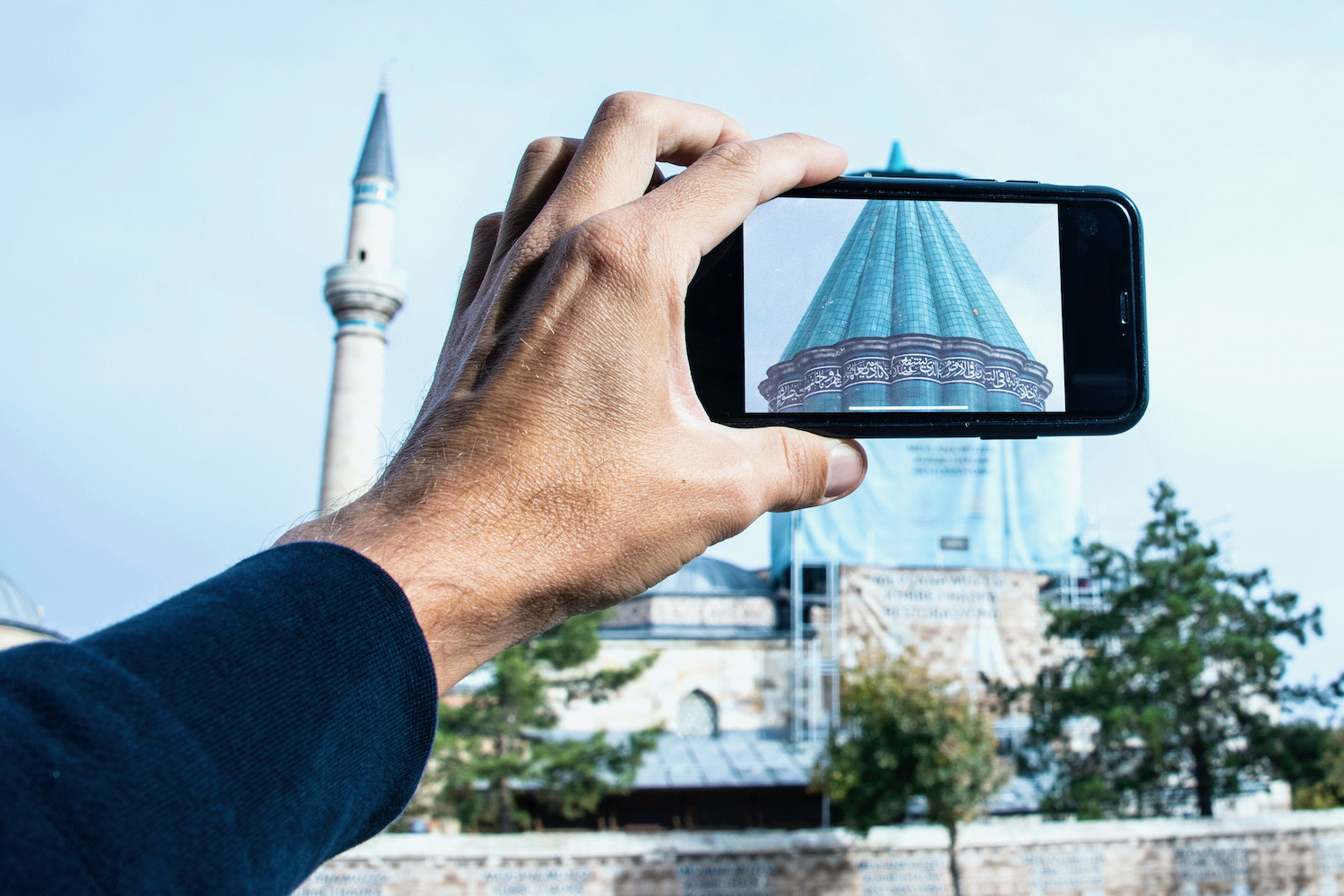 In spite of its most notable minaret being hidden, the interior of the mosque at the Mevalana Museum (where Rumi—aka Mevlana—himself is interred) was more impressive than I remembered. Moreover, given its location in the geographical center of Konya, it’s something of a meeting place for the entire city, which gives it a light and joyful feel, even during the middle of a pandemic.

Walk through the Dervish Cemetery 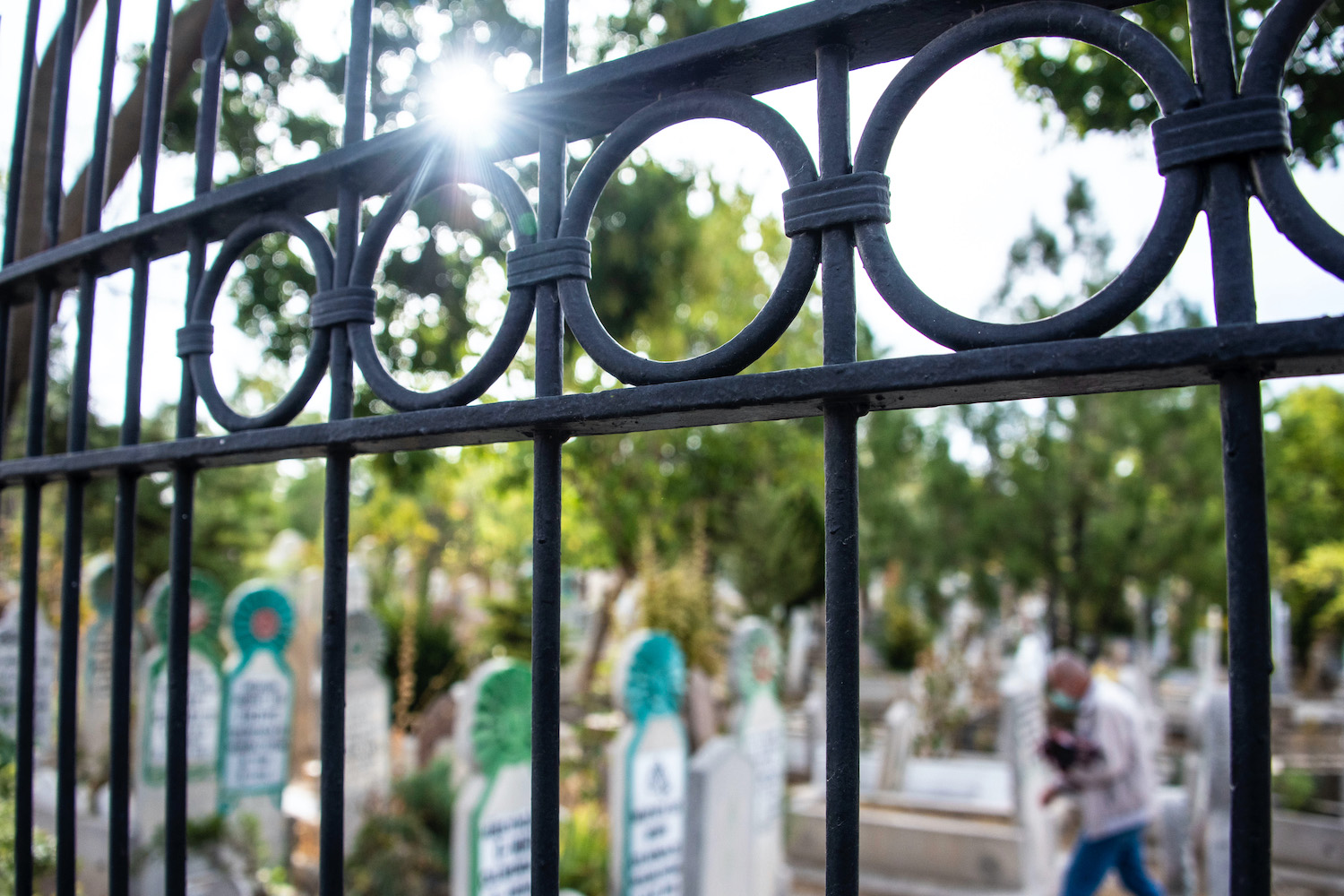 Is Konya worth visiting? Even if you can’t manage to see a Dervish performance (more on that in a second), a walk through (or past, as was the case with me on my second morning in the city) the Dervish Cemetery provides a window, albeit a somber and somewhat voyeuristic one into the lives (er, deaths) of these most-devoted Sufi faithful. Like the hidden spire across the street, a bluish-green hue (which represents the concept of paradise, and even life itself) flecked many of the tombstones.

Get lost in the old town 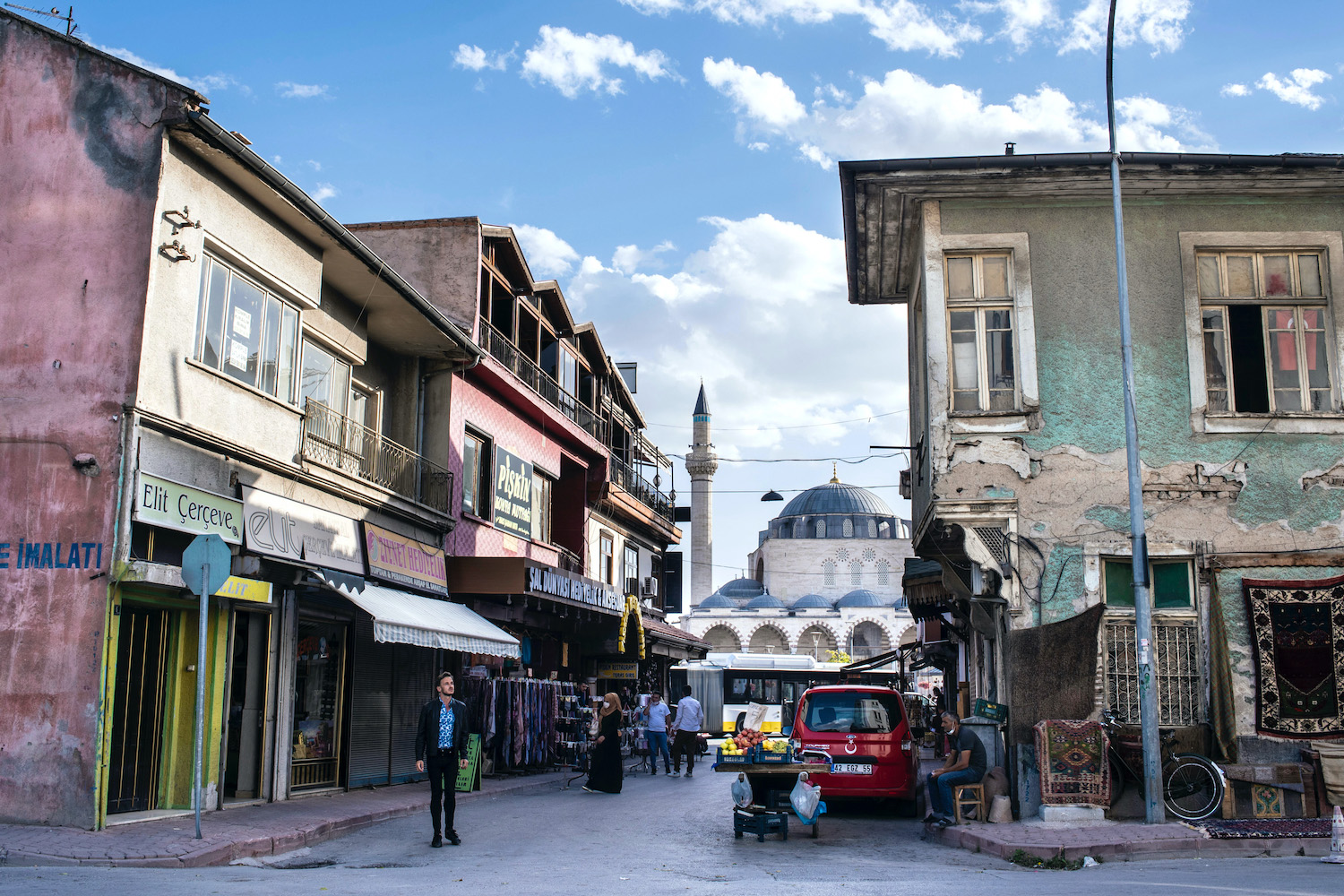 I love a good “old town”—the more authentic (and the fewer tourists) the better. Traipsing through Old Konya, as the call to prayer blared out in the rain no less, made me feel as if I had stepped back in time—or it would’ve done, had the carpet seller across the way not been browsing on his iPhone as he sipped Turkish coffee. Speaking of which (and for whatever its worth), Konya is home to an inordinate number of Turkish dessert shops, many slinging my personal favorite baklava.

Lean into the conservatism 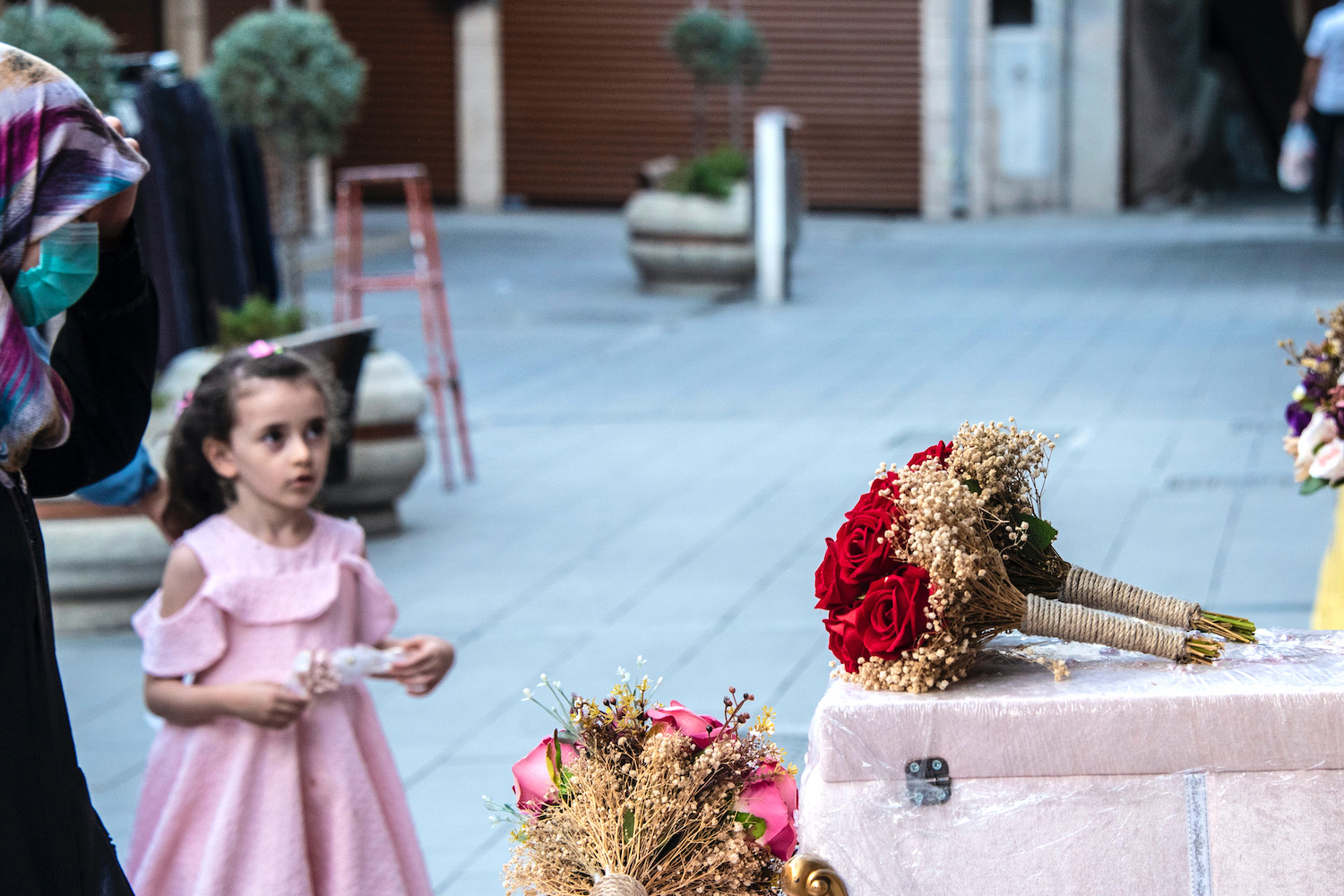 The word “conservatism” gets a bad rap, but I find that people in conservative cities, at least superficially, are always incredibly polite and eager to converse. Or, absent that, to charm: The main inside the Ali Baba kebab shop could speak just enough English to understand how strange it was that my hometown of St. Louis was featured on his napkin holders. Likewise, I found it sweet that the man at the Metro bus ticket office was complimentary of both my country’s lackluster candidates for president. 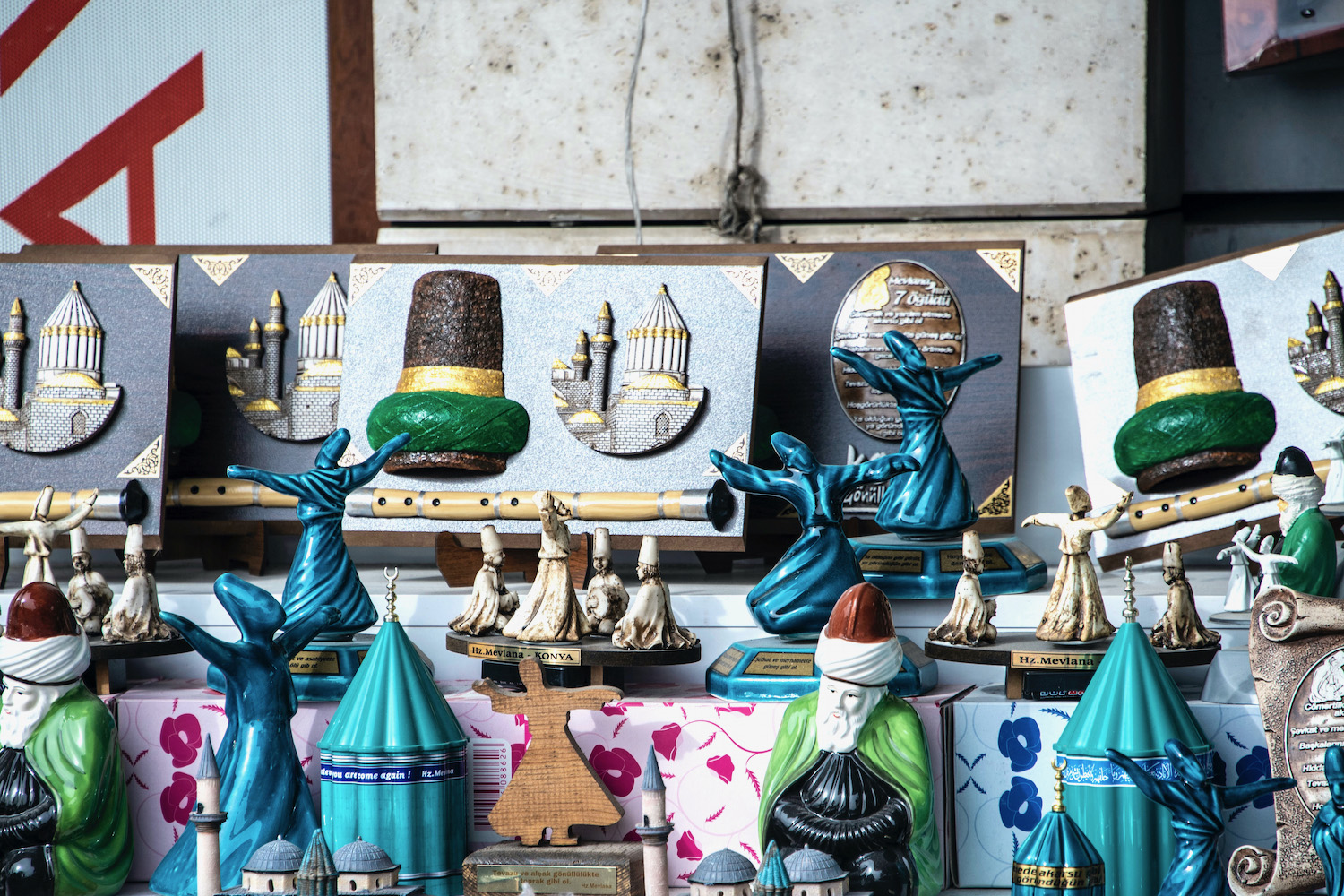 The bad news? There was simply no way for me to see Whirling Dervishes in Konya. The good news? I saw several performances advertised upon arriving in Cappadocia, and ended up watching one in a historical karavanseray just outside of town on my last night there. While you can only see the dervishes on Saturdays if you absolutely must see them in Turkey, all is not lost if you happen to visit on another day.

Where to Stay in Konya

If I’m honest, I can’t remember where I stayed in Konya the first time I visited. The hotel was lovely, a traditional home with a spacious outdoor dining area. Unfortunately, given that the trip was sponsored by Turkish Airlines, I don’t have a record of the booking—I didn’t make it. If I happen upon its name in future research, I will come back to this post and update it. I hope you get lucky in the meantime, assuming you’re planning your own Konya trip.

Instead, I used my normal methodology for finding the most stylish and centrally located hotel at the best price, which led me to the Konya Dervish Hotel. A boutique property set in a historical home owned by a friendly local family, the Dervish hotel is just steps from the Mevlana Museum, and features what ended up being one of my favorite breakfasts in Turkey. Is Konya worth visiting? If you stay here, it is!

Other FAQ About Visiting Konya

What is Konya known for?

For travelers, Konya is known primarily as being a hub of Sufi culture, as the place where Rumi (Mevlana) lived out the last years of his life. People also flock her to watch Whirling Dervish ceremonies. Historically, Konya is notable as having between the capital of the Seljuk Turks during the 12th and 13th centuries.

Konya is one of the safest cities in Turkey, with very little crime of any kind. This makes sense, since Konya is an extremely conservative and religious city; people mind their behavior because of their commitment to their faith. Anecdotally, I found people in Konya to be among the most polite in Turkey.

How far is Konya from Istanbul?

Istanbul is approximately 700 km from Turkey, a journey that takes around 8 hour by car and 10-12 hours by bus or train, which are usually overnight journeys. Alternatively, both Turkish Airlines and Pegasus offer nonstop flights from Istanbul’s two airports, which take about an hour and some change.

As I was walking to breakfast my last morning to Konya, I spotted an English-language book about Mevalana and the Sufis, and brought it with me to the basement of the hotel. Love calls—everywhere and always, the tome began, before explaining the story of Mevlana’s life in a more prosaic way. I had nearly finished it—it was a children’s book, I guess—by the time the buttery omelette, sliced cucumbers and tomatoes, slab of honeycomb and bread basket reached me, and the final words seemed to echo back to the uncertainty I felt about my return to the city, and also to nullify it. To be one in heart is better than to be one in tongue. Is Konya worth visiting? If you can meditate on this statement during your time here, I’d say the answer is “yes,” no matter the disappointments that befall you during your trip.