Japan is world-famous for cuteness, from Hello Kitty, to Pokemon, to the fact that certain characters in its Kanji alphabet (which pre-dates Emoji by a dozen centuries) strongly resemble the emoticons that were to follow. So, it should come as no surprise that the Land of the Rising Sun is home to the cutest islands on the planet.

Unfortunately, neither Okunoshima, located off the southwestern coast of Honshu, nor the northeastern island of Tashirojima live up to the reputations they’ve built up, as Japan’s “Rabbit Island” and “Cat Island, respectively. Read on to find out why I found both of Japan’s animal islands more disappointing than the majority of other bloggers.

After being left emotionally vacant by war paraphernalia in Hiroshima, I was eager to be uplifted, so I hopped (get it?) on a train bound for an island filled with rabbits. Actually, there were a couple more steps in that process, but more on that later – let’s talk about bunnies!

Or a lack thereof. You see, many bloggers would have you believe that Okunoshima is literally crawling with rabbits. Which would make sense, given that the island was a center of poison gas manufacturing prior to and during WWII, which prompted the vast majority of residents to evacuate, save for a couple rabbits which, well, bred like rabbits. Unfortunately, with only a couple of exceptions, rabbits on Japan’s Rabbit Island are well spread out, which makes scenes like the ones I’m sure you’ve witnessed in more than one Japan Rabbit Island video unlikely, or even impossible—color me disappointed.

As far as Rabbit Island Japan access, hop onboard a Mihara-bound Shinkansen from Hiroshima, then transfer to the local Kure line for Tadanoumi (use this website to check schedules, or simply inquire at Hiroshima station, where you can also make JR Pass reservations). Walk five minutes to the ferry terminal, from which it’s just a 12-minute ride (again, schedules here) to Okunoshima.

People around these parts don’t speak a lot of English, but they’ll know exactly why you’re here and point you in the right direction. As far as the Japan Rabbit Island hotel is concerned, there’s only one game in town—Kyukamura Ohkunoshima—and it’s neither that impressive nor that affordable. Personally, I’d recommend taking a Rabbit Island Japan day trip from Hiroshima, rather than staying overnight. 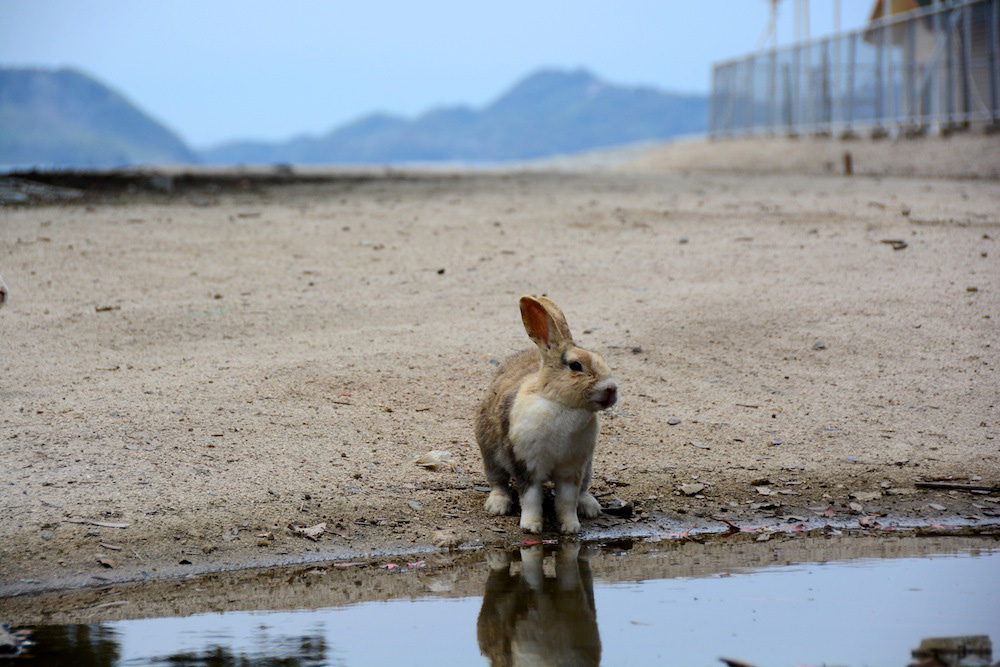 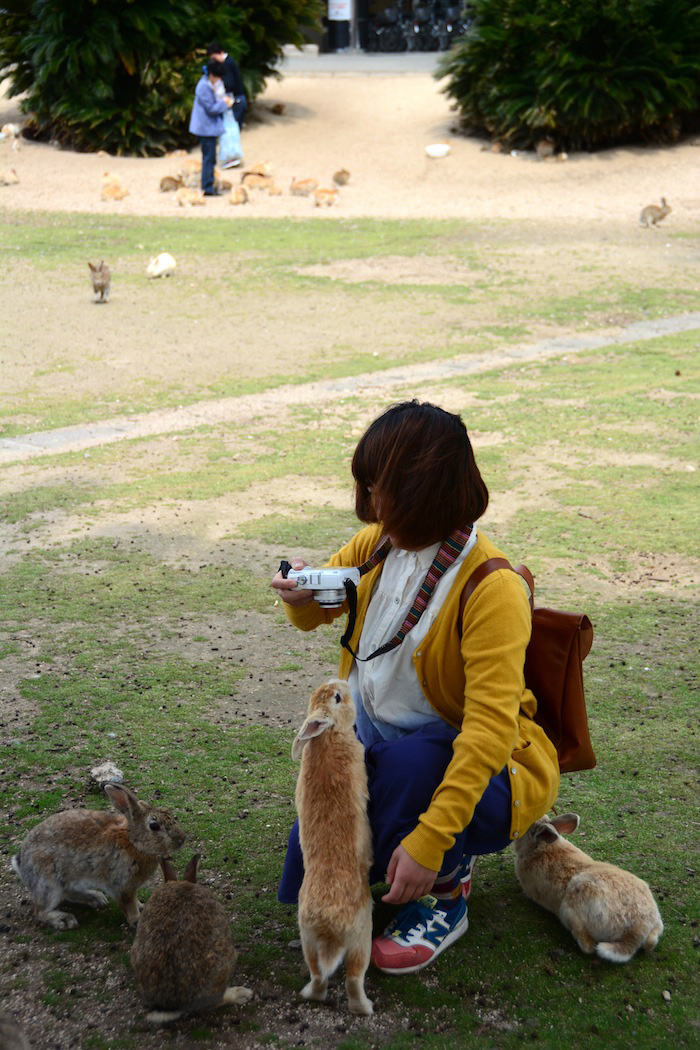 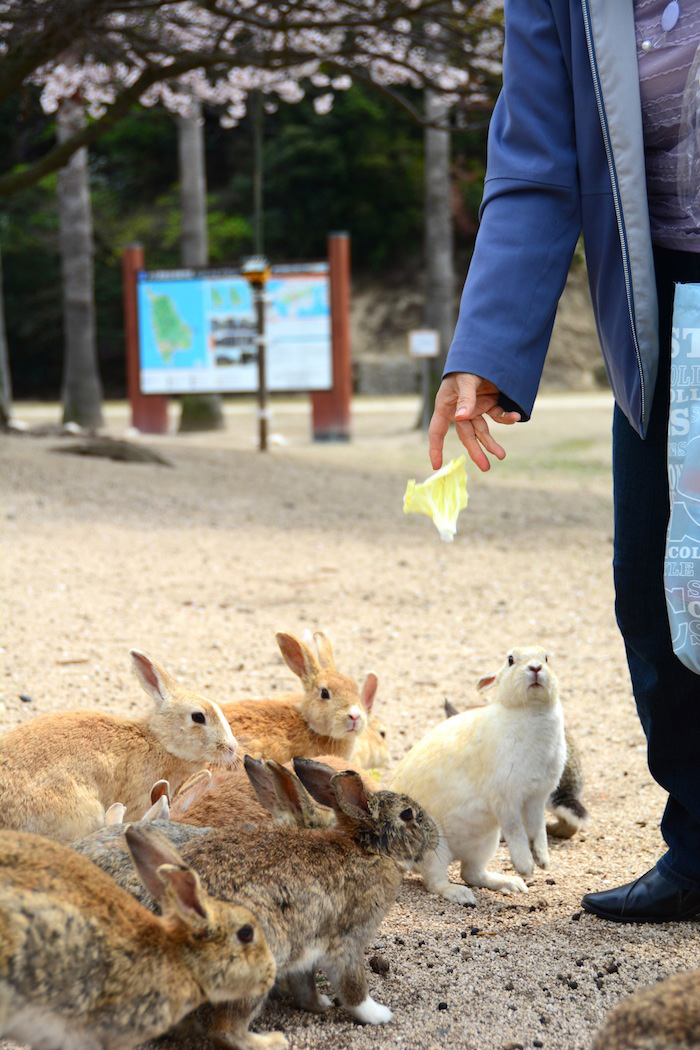 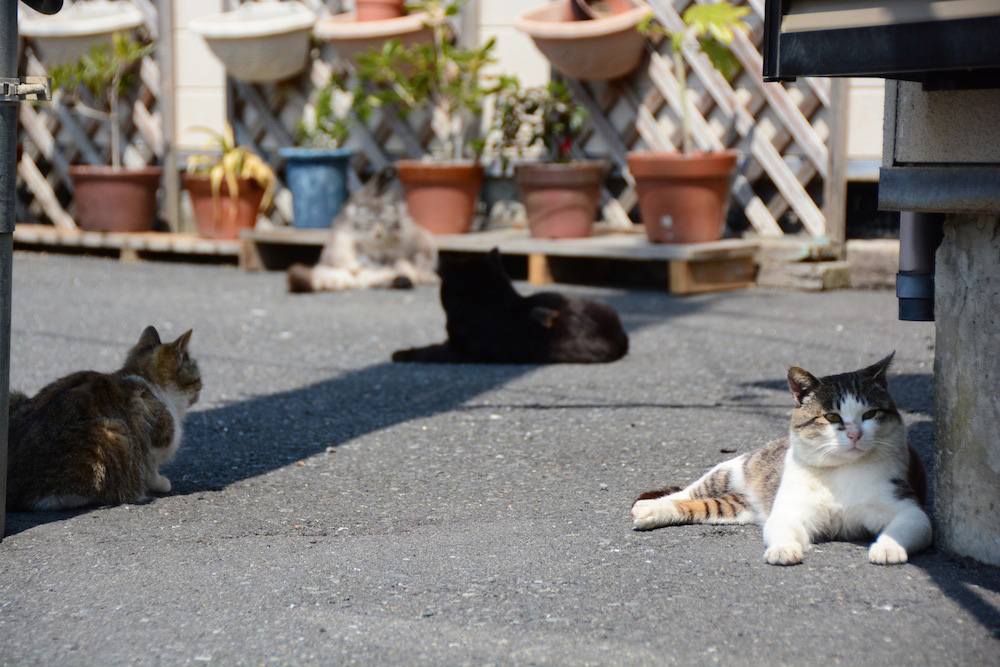 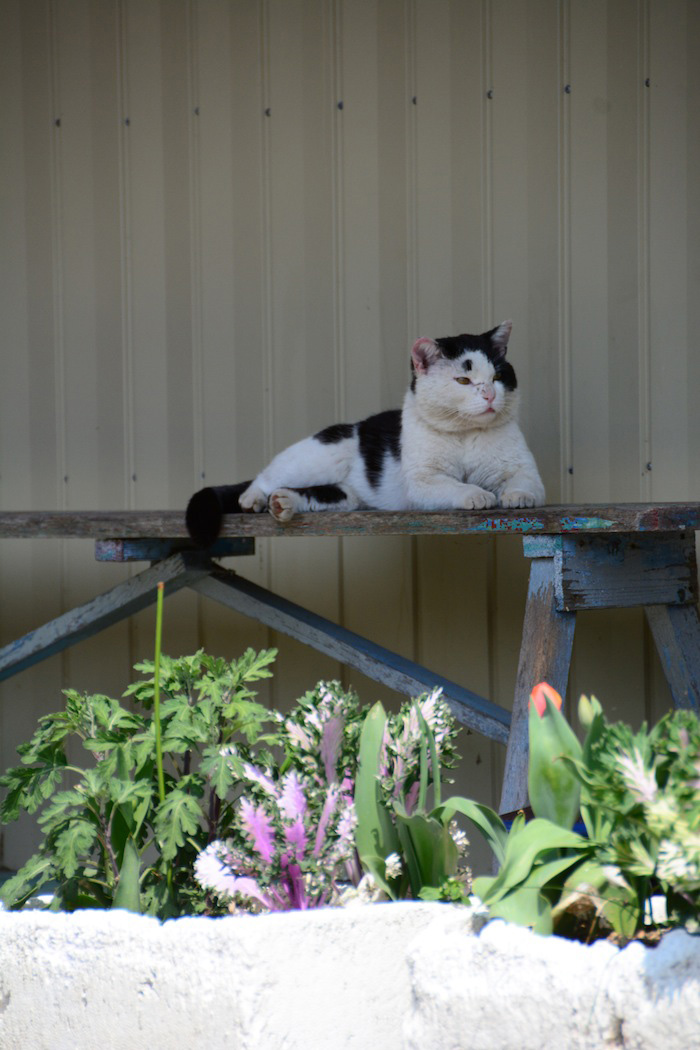 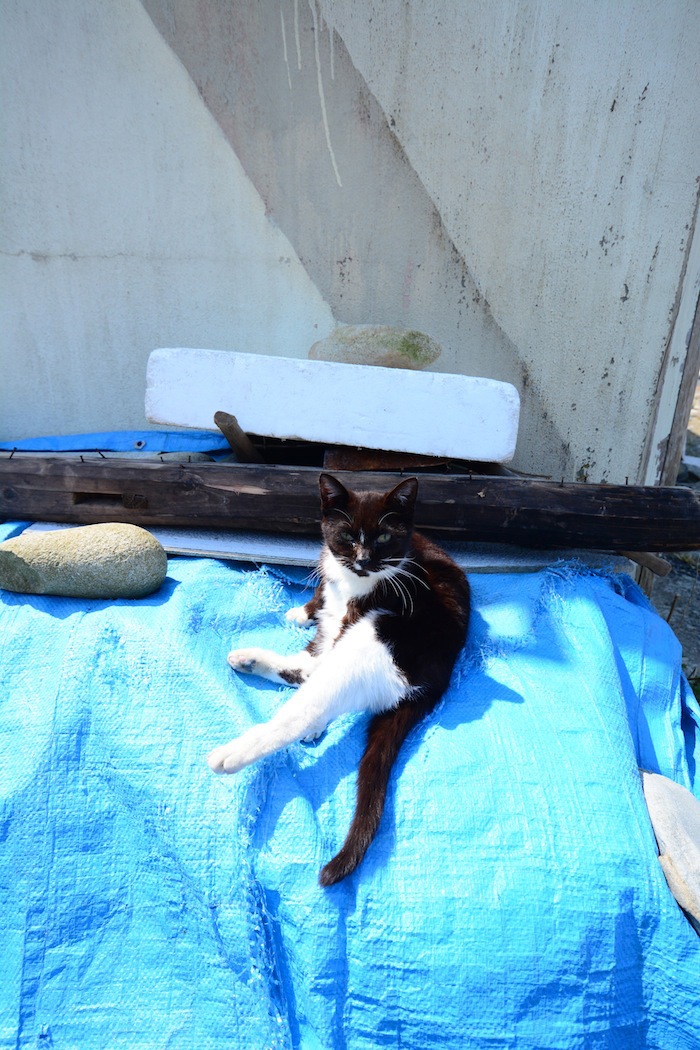 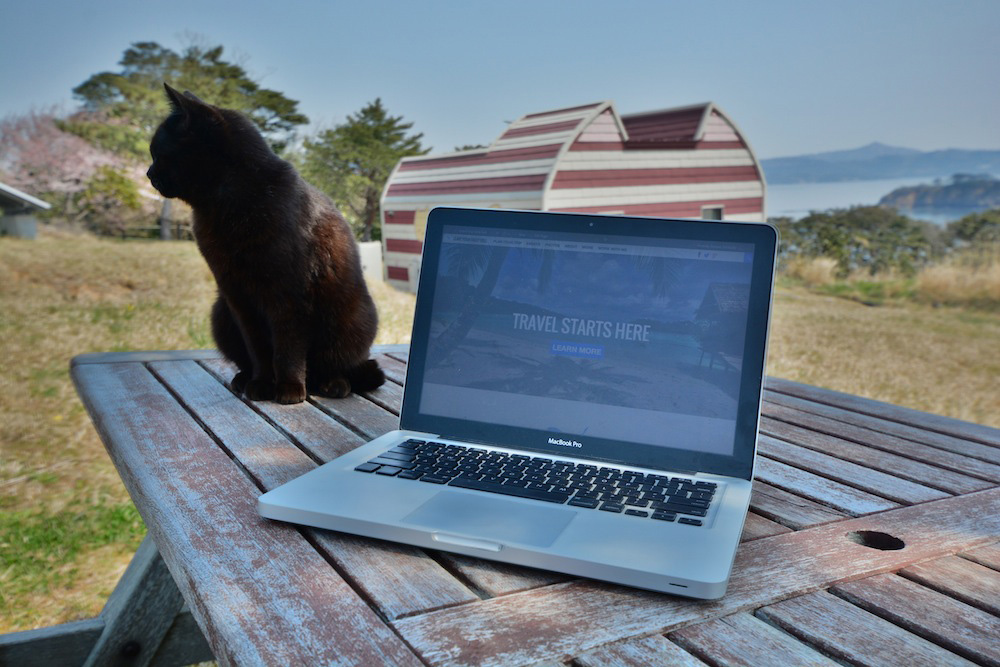 One thing you probably don’t know about me is that my mother is a crazy cat lady and that my sister (not to mention many of my female friends) are well on their way. As a result, when I discovered the fact that Japan was also home to a “Cat Island,” I felt it was my emotional duty to visit, my own fondness for felines notwithstanding.

Like Rabbit Island, Cat Island’s namesake animal significantly outnumbers humans in population, although in the case of Cat Island it’s due to Japan’s ongoing demographic crisis, rather than chemical weapons. Unfortunately, I found the number of cats on Cat Island to have been overstated, just as rabbits on Rabbit Island had been.

Another way Cat Island differs from Rabbit Island is that it offers camping (in cat-shaped cabins, no less), so if you are on the lookout for Japan Cat Island accommodations, walk up the hill to said cabins (trust me, they’re impossible to miss) and ask if one is free. It’s important to do this soon after arriving on Cat Island, as the last ferry back to the mainland leaves relatively early, and you’ll want to make sure you have a place to sleep before you miss it.

When it comes to Cat Island Japan how to get there, the nearest big city to Tashirojima is Sendai, which is easily accessible from Tokyo, Kyoto and the rest of Japan by Shinkansen and.or plane. From Sendai Station, take a local train to Ishinomaki (FYI: For reasons I’m about to state, you should try and catch the 6:22 a.m. express service) and then a ferry to Tashirojima’s Nitoda port.

The train will get you to Ishinomaki (which, fair warning, was devastated by the 2011 tsunami – it’s really emotionally difficult to walk through) at around 7:30 a.m., while the first ferry to Cat Island leaves around 9:00. Keep in mind that the ferry port is quite far from the train station (a ¥1,000 taxi ride or a 30-40 minute walk through the aforementioned devastation), which is why getting to Ishinomaki early is so important.

Only two ferries per day return to the mainland – one at 10:45 and the other at 14:15 – so if you don’t plan to stay the night, it’s absolutely essential that you catch one of them back. The 9:00 will get you Nitoda around 10:00 and four hours is plenty to explore Cat Island, so I recommend taking that one.

Japan’s Cat Island and Rabbit Island are charming enough, but are not especially worth the effort it takes to reach both of them from their closest cities. As a result, unless you have a lot of free time on your Japan trip, or you simply have your heart set on visiting these places, I’d probably recommend against going to Cat Island Japan or Rabbit Island Japan.