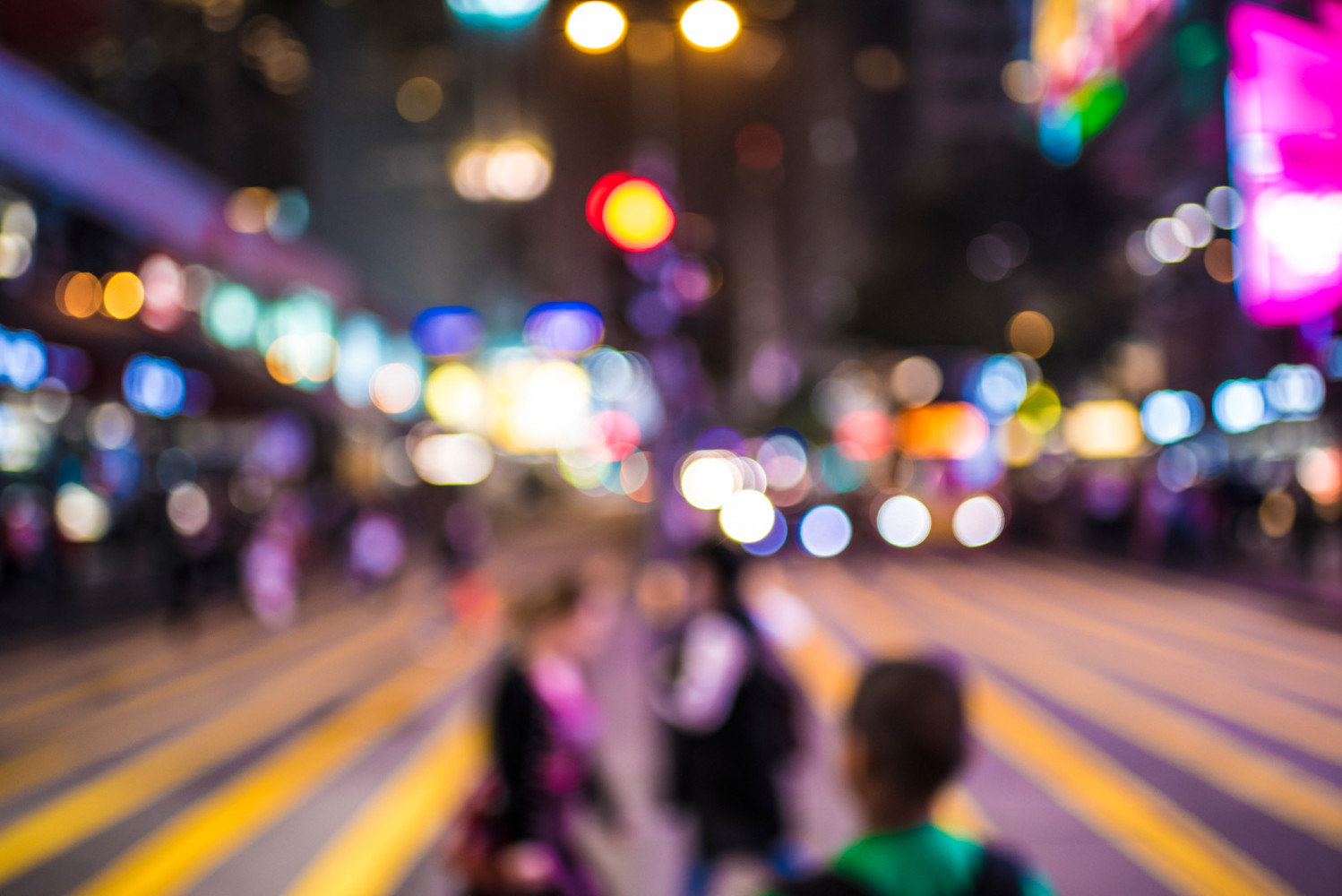 Superficially, the question of Shanghai vs Hong Kong might not seem to be a very important one. These are both massive, modern and cosmopolitan cities within the Chinese world, after all; certainly, many people who don’t travel couldn’t tell you the difference between pictures of one versus the other.

Digging deeper, however, there are countless important distinctions between these two cities—and not just that the citizens of one speak Cantonese and the others definitely don’t. It also extends beyond comparing things to do in Hong Kong to those in Shanghai, and even the geography on top of which each sprawling skyline stretches.

Below, you can learn some of the the facts about Hong Kong vs Shanghai for travelers, which will help you decide which city to visit if you don’t have time in your China itinerary for both. Make sure to read all the way to the end, as I’ll be sharing a very personal account of my experience in both cities, and my thoughts on Hong Kong’s rapidly eroding sovereignty.

NOTE: Both Hong Kong and mainland China are currently closed to international travel as a result of Covid-19. I will update this post when that changes!

Where to Stay in Shanghai vs. Hong Kong

When it comes to where to stay in Hong Kong, broadly speaking, you have two choices: ritzy Hong Kong Island or Kowloon, which is both more iconic of Hong Kong and significantly more working-class. I’ve stayed many times in both, and while I slightly prefer Kowloon for sentimental reasons, I find Hong Kong island hotels such as Metropark Hotel Causeway Bay to be just as satisfying as Stanford Hillview Hotel in Kowloon, to say nothing of the fact that Airbnb is generally a more affordable means of staying in the Hong Kong SAR.

In Shanghai, meanwhile, whose name means “Above the Sea” the choice is less obvious—and I say this as someone who once lived there for almost a year. If you want to be close to and enjoy views of Shanghai’s sprawling skyline (and you probably do), you’ll want to check out top hotels in Shanghai along the historical Bund like Astor House Hotel (assuming you don’t plan to sleep amid the skyline in the Park Hyatt Shanghai). On the other hand, Airbnbs in the historical French Concession are more pleasant and livable, something I know (well, minus the Airbnb bit) from personal experience.

My Favorite Things to Do in Hong Kong vs. Shanghai 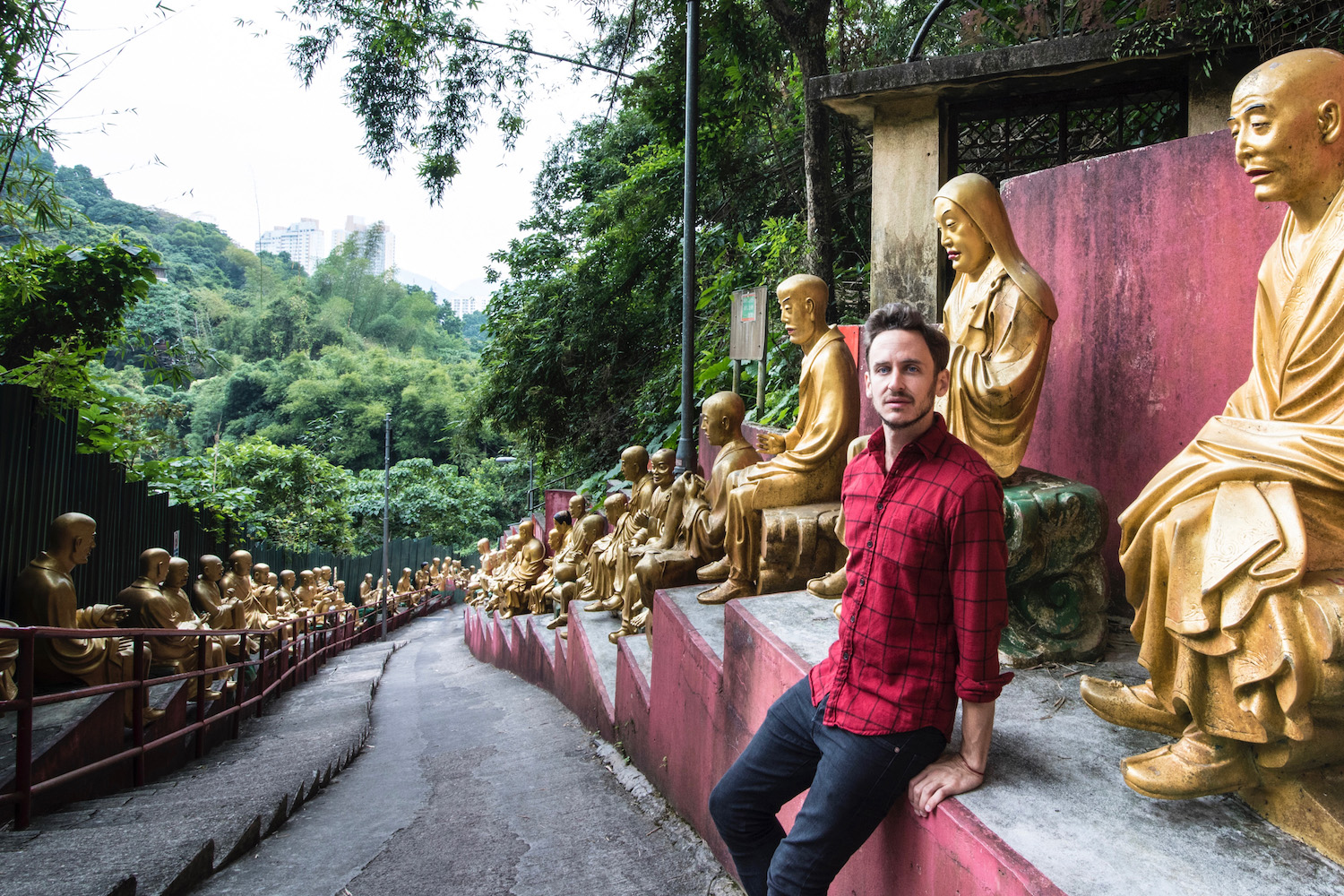 I’ll be honest: Whether you’re speaking about Shanghai temples (Jing’an Temple is basically the only game in town) or other ostensibly historical attractions like Yu Yuan Garden or The Bund, which dates back to the early 20th century, Shanghai just isn’t a city that feels old. On the other hand, while there also isn’t an official Hong Kong old town, Kowloon sacred sites like 10,000 Buddhas Monastery and Chi Lin Nunnery and even the ramshackle, neon-lit streets of Mong Kok somehow feel ancient.

If you’re looking for best views in Shanghai, you might find yourself torn. While the skyscrapers of Lujiazui on the Pudong (east) side of the Huangpu River are more iconic, the aforementioned Bund is also an important part of the Shanghai cityscape. Thankfully, you can see both from the VUE Bar, part of Hyatt on the Bund hotel. When it comes to finding the ideal Hong Kong night view, the obvious option is Victoria Peak, though if you simply want to see the skyscrapers of Hong Kong Island, you can walk along Kowloon’s Avenue of Stars. 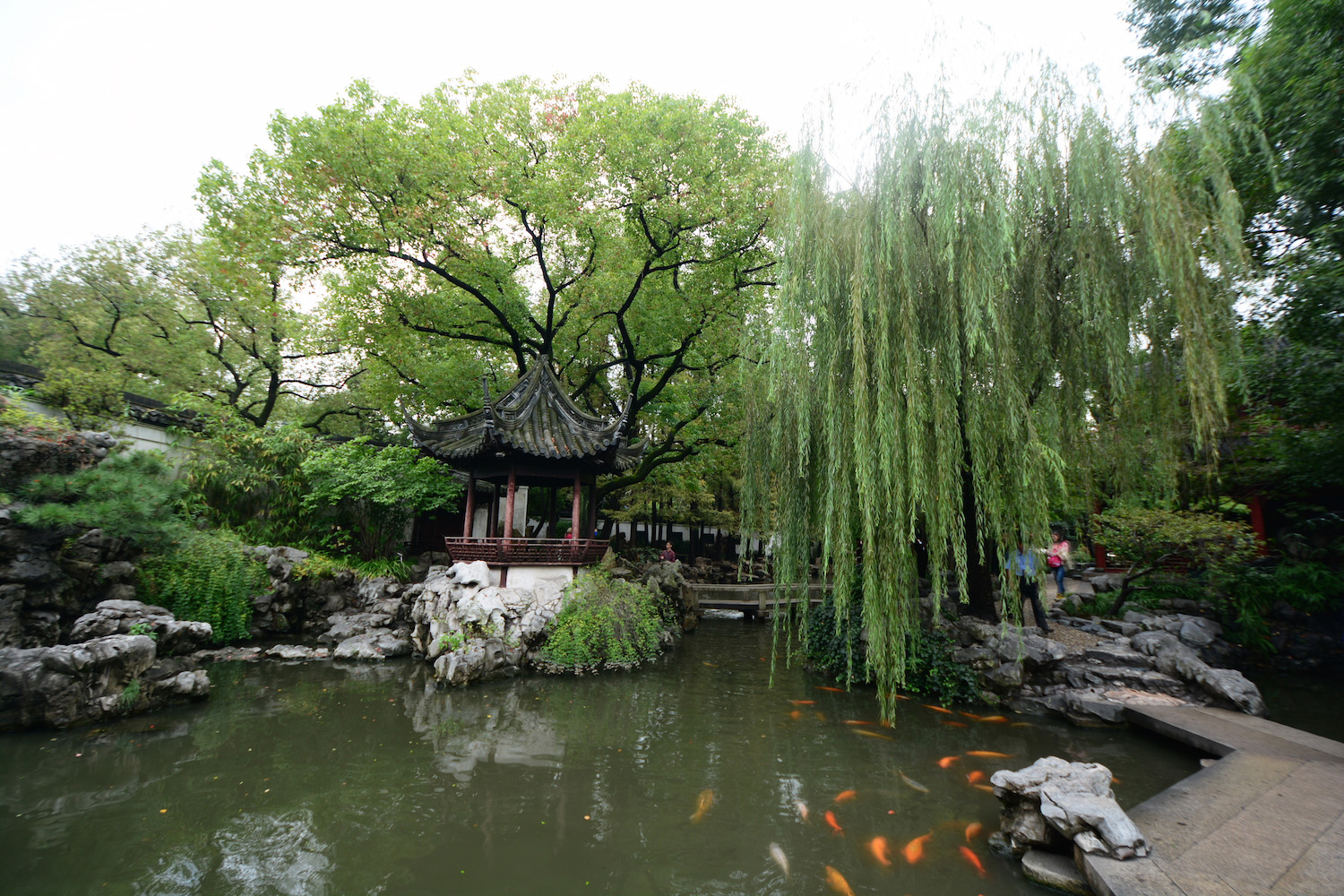 If you’re looking for hiking in Hong Kong, you’ll be spoiled for choice, from the relative wilds of Lion Rock in Sha Tin, to the heavily urbanized trail that leads up to aforementioned Victoria Peak. Even if you’re not a hiker, the emerald mountains and turquoise harbor that defines Hong Kong’s geography is extremely pleasant. On the other hand, while certain Shanghai parks (Century Park inside the city and Chongming Island to its north) are beautiful in their own way, both the city’s flat topography and the perpetual filth of the Huangpu River make it less than paradise.

Getting Around in Shanghai vs. Hong Kong 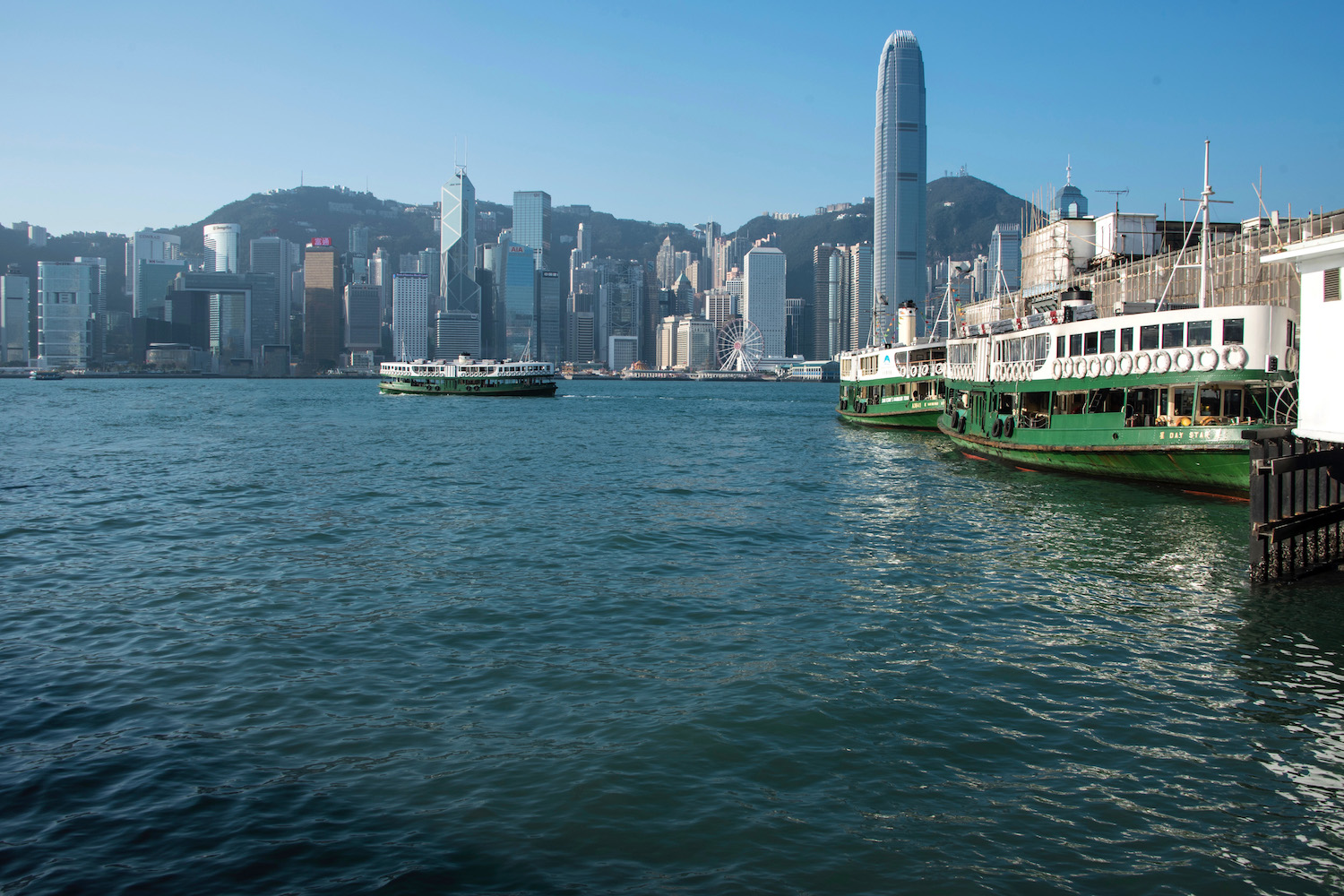 This is a category in which Hong Kong and Shanghai are basically even. Both the Shanghai Metro and Hong Kong MTR are affordable, safe, fast and far-reaching, and though taxis and Ubers are more expensive than private cars in Shanghai (where Uber, not surprisingly, is unavailable), it’s also easier to speak English in Hong Kong, whose Star Ferry has no analogue in Shanghai. Another aspect of getting around you should consider is virtually: Shanghai sits behind the “Great Firewall”; Hong Kong does not.

Cost of Hong Kong vs. Shanghai 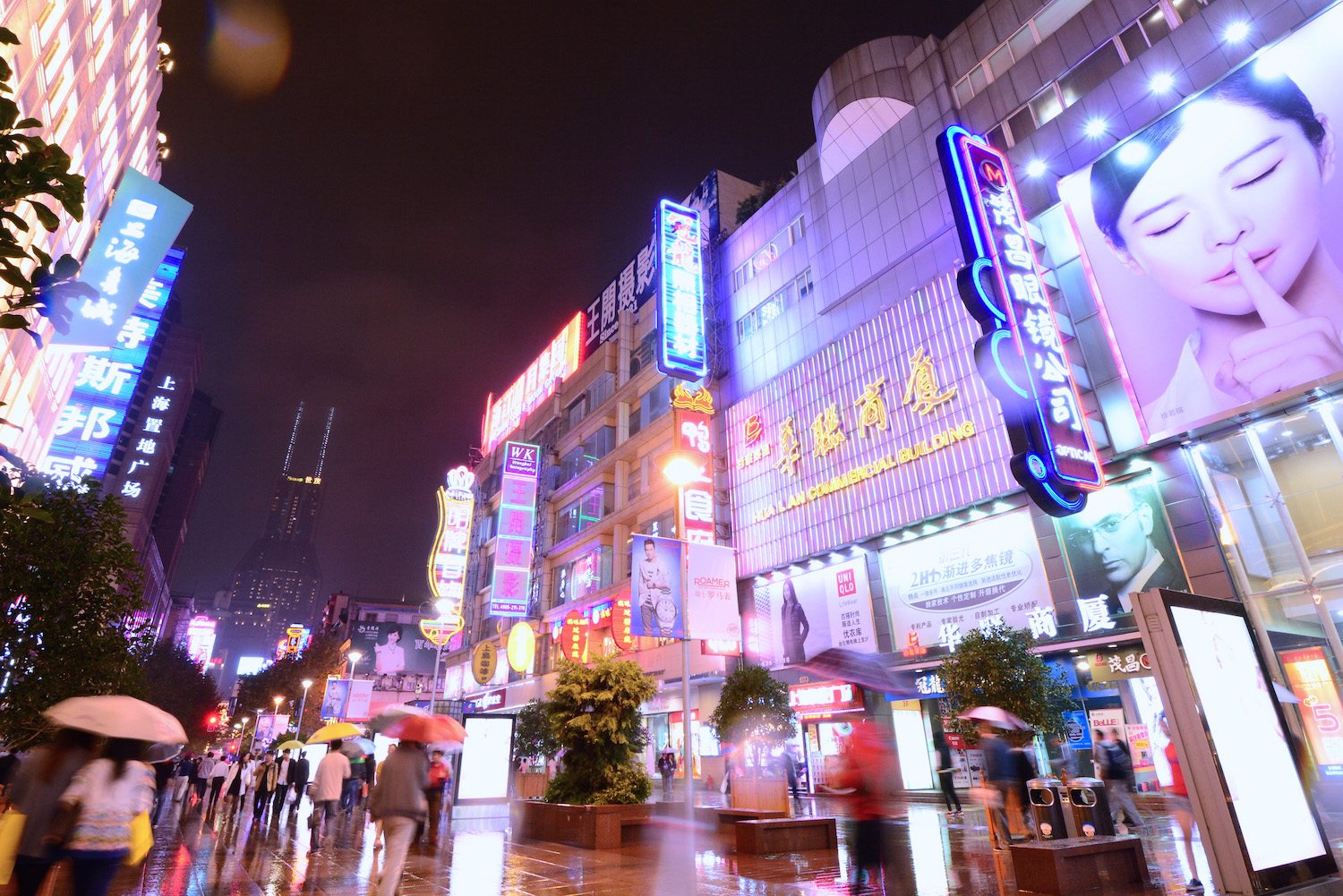 Just how expensive is Hong Kong? The bad news is that although I’ve been nearly a dozen times, it seems pricier with every return, even though I should know what to expect. At a minimum, I’d say even the most budget-minded backpackers will spend 100 USD per person, per day in Hong Kong. And is Shanghai expensive? Well, it’s certainly not cheap anymore, though the cost of basically everything in Shanghai is lower compared to Hong Kong, from hotels, to meals, to taxis and beyond. 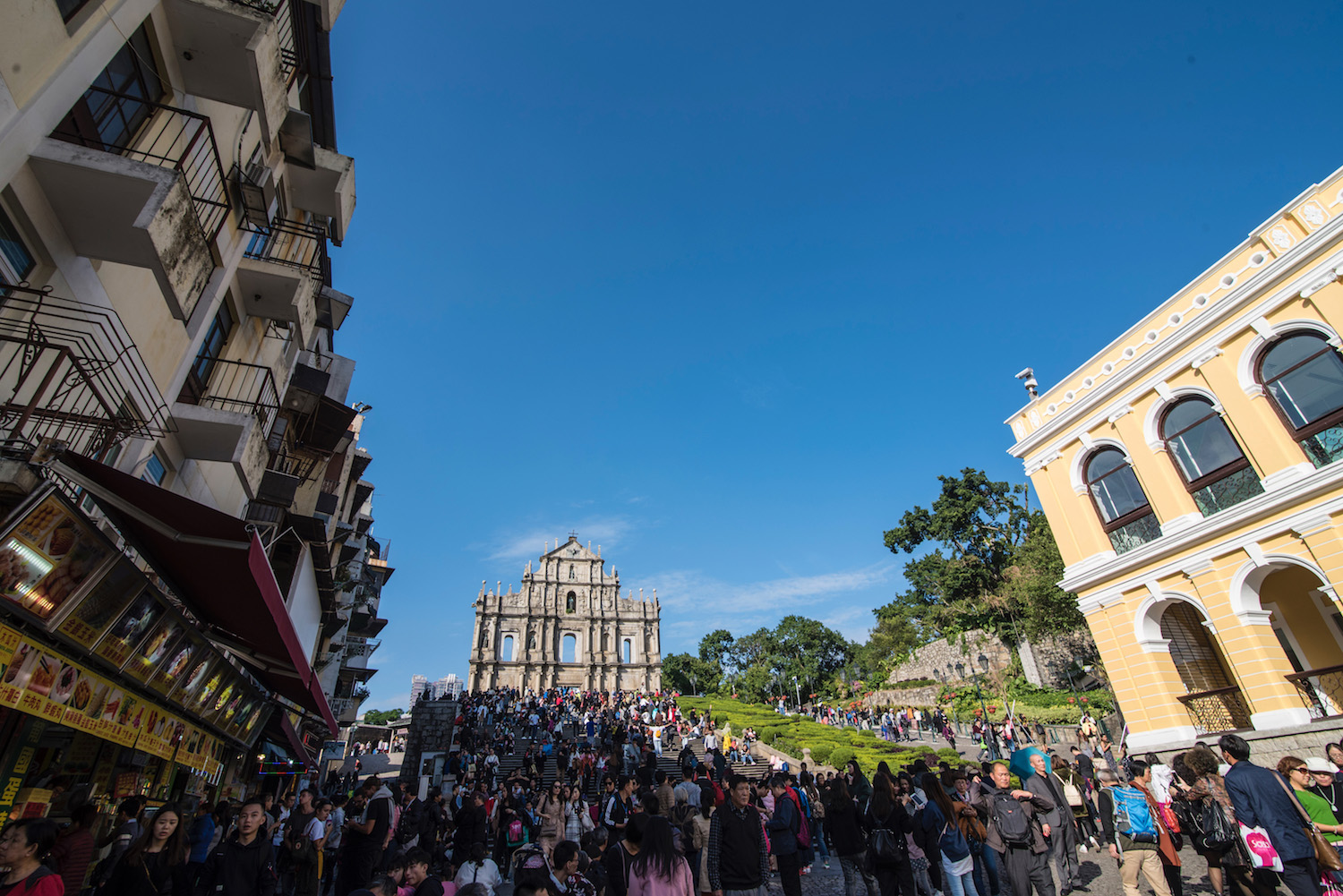 In terms of doable day trips, your main option is water towns near Shanghai, my favorite of which is Zhujiajiao. I say “doable” because while you could theoretically visit Anji Bamboo Forest or cities like Hangzhou and Suzhou within a day, these are generally better enjoyed as overnight or weekend trips. In the case of Hong Kong, on the other hand, even distant day trips are doable within the confines of a day, from the long Hong Kong to Macau trek to those more or less within the city limits, such as Buddha gazing on Lantau island or hiking at Shek O.

How Many Days in Shanghai vs. Hong Kong

As a general rule, I recommend 3 days in Shanghai—two days exploring the attractions of the city center (one in Puxi and one in Pudong, more or less) and then one day trip. Obviously, if you want to take a couple of day trips (to Zhujiajiao, for example, and potentially also to Anji Bamboo Forest) can you can spend 4 days in Shanghai or longer. However, one of my favorite things about this massive city is how little time is takes to get to know it.

The topic of how many days in Hong Kong to spend is a bit more complicated. On one hand, Hong Kong’s city center is about the same size as Shanghai’s; you could spend a day each in Kowloon and Hong Kong Island and see most everything. On the other hand, Hong Kong has both more nature and worthwhile day trip options, which means 4-5 days is the minimum amount of time I’d recommend here, especially if it’s your first visit.

As many (most?) of you know, I used to live in Shanghai—and I’d be lying if I said the Chinese people (and their government, who issued my visa) weren’t hospitable to me. On the other hand, while I’m not in the place to call for Hong Kong independence, I want to make one thing abundantly clear: Hong Kong is not really China, neither culturally not politically, and the brutality the Chinese government (and the puppet government of Carrie Lam) are inflicting on Hong Kong’s people are not acceptable.

As a result, if you’re deciding which of these two cities to visit from the perspective of a traveler (and won’t be teaching English in Shanghai, or traveling for another purpose that could see the Chinese government scrutinize your political opinions), I would say that Hong Kong is more worthy of your time and energy at this point in time. Its brave citizens need all the support and solidarity they can get; the Chinese Communist Party needs to see, in many ways, that its conduct in Hong Kong is not appropriate.

Other Shanghai vs. Hong Kong FAQ

If you’re using price to decide whether to visit Shanghai or Hong Kong, I’d say Shanghai is cheaper in absolute terms. On the other hand, when you consider that Hong Kong remains a much more cosmopolitan and multicultural city than Shanghai, the calculus changes, even if the arithmetic is the same.

Does Hong Kong belong to China?

Hong Kong is still technically an autonomous region not fully under the control of China. Unfortunately, with the passage of so-called “national security” legislation in 2019 and 2020, and the police crackdown that results, it’s clear that Hong Kongers no longer enjoy the better of the “two systems” China promised when it regained sovereignty over the SAR. Although personal freedom was once an important deciding factor between visiting Hong Kong or Shanghai, it’s sadly becoming less relevant as time passes.

How far is Shanghai from Hong Kong?

Hong Kong is a little less than 1,000 miles from Hong Kong as the crow flies, which translates into a flight time of just over two hours. Traveling by train, on the other hand, takes eight hours on the fastest-speed service. Where is Shanghai in relation to Hong Kong? Farther than it looks on the map.

Who’s the victor of the Shanghai vs Hong Kong battle? Personally, I think Hong Kong wins, though there’s definitely some bias in that decision on my parent. Looking at the comparison rationally, Hong Kong probably has more historical attractions, lusher nature and richer day trip options, while Shanghai’s skyline is more impressive; both cities have excellent transport, though Shanghai is a great deal cheaper than Hong Kong. Still need help planning your trip to China (and territories that are technically part of China, but not in the hearts of their citizens)? Consider hiring me as your Travel Coach.